How Much Money Can You Save By Cutting Your Own Hair?

I haven’t paid for a haircut since January.

This doesn’t mean I haven’t cut my hair — I bought a couple of $4 Tinkle Razor Combs to shape my pixie cut and quickly upgraded to the professional-quality ConairPro Jilbere Professional Precision Cut Comb (for which I paid a grand total of $14 plus tax).

It just means I stopped getting $60 haircuts every four weeks.

This isn’t the first time I’ve switched over to DIY haircuts. I spent roughly eight years using a pair of professional-quality shears to keep my long hair trimmed and tidy, using the ol’ “pull hair into ponytail, cut off an inch or two, even out any ragged ends” technique.

Then I decided to go short and settled into the “haircut every four or five weeks” routine.

Then I thought about all of the money I was spending on haircuts and bought a few razor combs instead.

I’m not alone in this hair-care calculation. The Frugalwoods just ran the numbers on how much it costs to keep their haircuts in-house:

I’ll save $929 this year by cutting my own hair, minus the cost of the Tinkle Razor Combs and my trusty Jilbere Cut Comb.

Is this for everybody? Obviously not. But if you’ve been looking for a way to cut a few expenses—pun intended — you could do worse than learning how to trim your own mane. 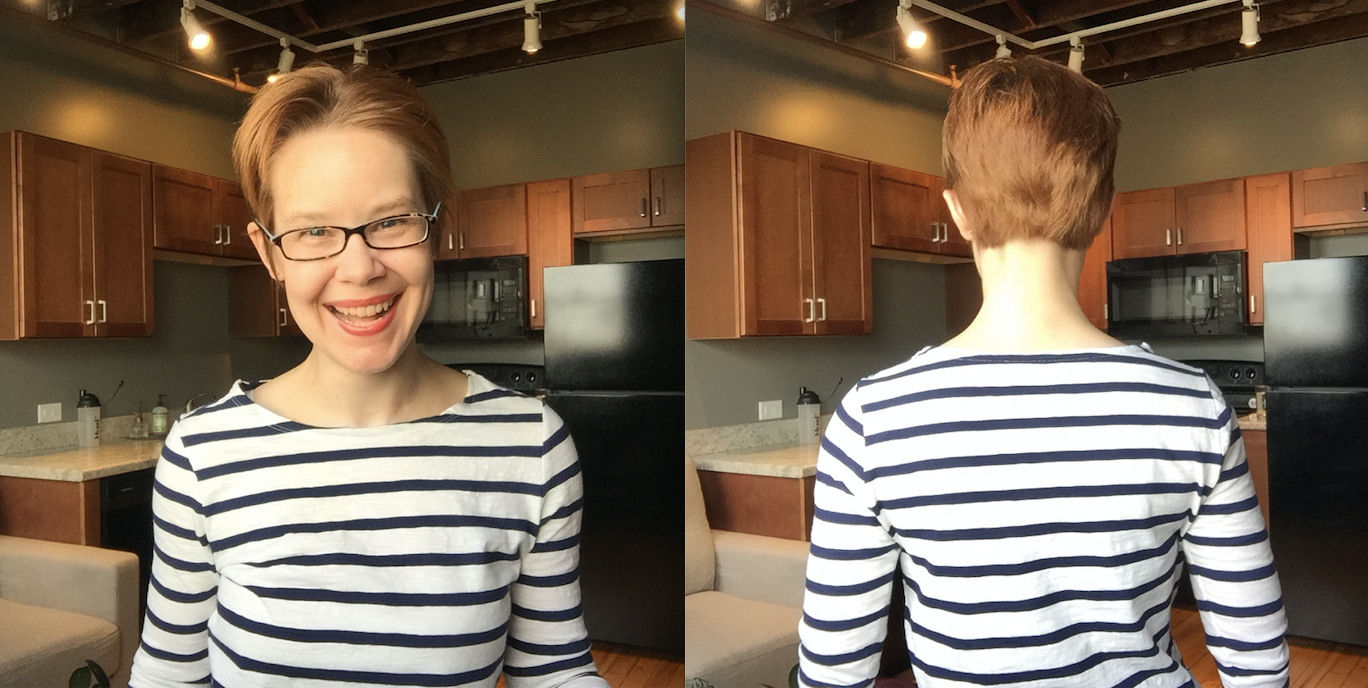 If you also cut your own hair, let us know how much money you think it’s saved you—and feel free to share your DIY haircutting tips! Here’s my biggest tip: watch a lot of YouTube how-to videos first. (I watched this Laura Neuzeth pixie trim video probably six times, and I also liked this pixie cut video from freiundwunderbar.)

Then swallow your fear and do it. It’ll get easier after the first time, and you’ll also get better at it.

Plus, it’s not like you have to go all-or-never; you can get a professional cut/reshape every few months and trim your own hair in between. Being able to do “basic haircut maintenance” will save you a lot of money, and you might even discover that it’s a lot of fun.