Feeling a little down? Feeling like you’re surrounded by negativity — on the news, at work, at home, on social media? Wondering if humans have lost their ability to appreciate the little things in life?

We think we’ve landed on the perfect cure, courtesy of @floaraviolet on Twitter:

LIFE HACK — if you ever feel sad think of an animal, any animal, and go to amazon and search “plush *animal*” and read the reviews of the most popular one literally a guaranteed mood boost everytime pic.twitter.com/IK2W0b5rq3

At first, we laughed. Then, we started searching different stuffed animals. And she’s not wrong. 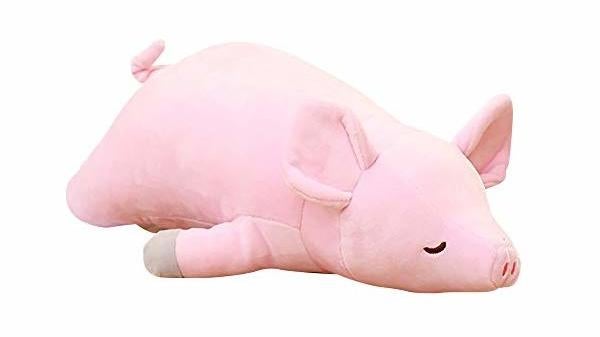 One Kindle Customer declares this is the “best pig!”: “I’m a connoisseur of stuffed animals so I know what I’m talking about, this is a GOOD ONE. It’s made of a super soft material and stuffed with… clouds probably. (This kind of stuffed animal is sometimes called a “gelatinous” plush because of how squishy and soft they are) This pig is perfect for cuddling but also makes a great pillow. 100% recommended!”

Or how about this cute little smiley penguin: 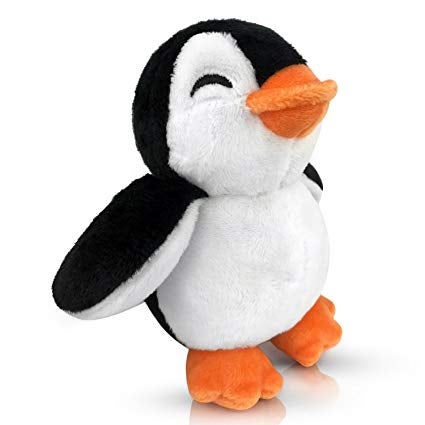 Reviewer “Nightsquats” says this plush penguin, which is just 13cm tall and suitable for babies and children, came exactly as expected: “I got what I thought I was purchasing, with the added bonus that my sweetie loved it. She recently won me a plush penguin of the same size at a county fair and named it Peng. When this showed up I told her its name was Gwen, she doubled over in laughter. Much higher quality than the fair prize, and as beloved here as a family pet. Cheesy as that may sound, the right gift at the right moment is magic, and I am very satisfied with the product, price, and timing that defined my experience here. Thanks!”

Also, who can resist floppy ears?!? Not many, according to the reviews of this guy: 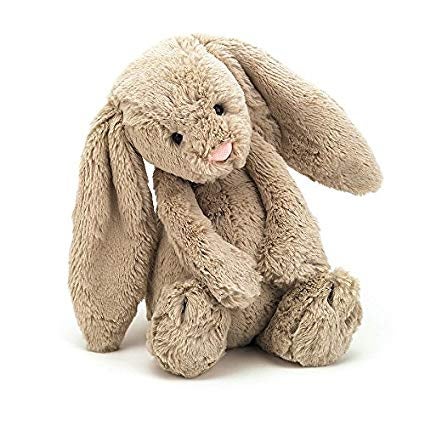 As far as Jodi B. is concerned, this is the The Perfect Bunny: “I had a stuffed bunny growing up. And I miss my bunny even thought I’m an adult. (It’s a long story, which I hope to publish in my autobiography I’m writing—it’s nearly written.) I got this bunny in the hopes that it would replace my bunny from when I was a kid. The instant I saw it on my couch (my husband had opened the box & put the bunny on the couch to greet me when I came home from a trip), I knew it was my new bunny. This bunny will bring my kids and me much joy to come. So soft, so huggable, so sweet, I love the ears. It’s a perfect bunny in every way. I love the tan colour. Just what I wanted.”

Jodi originally wrote that review in 2016; she came back nearly a year later with this update: “We play with BunBun every night. BunBun is hilarious. She loves to burrow under the covers which tickles my 11yo. We giggle and laugh so much with this awesome rabbit. BunBun also loves to tap my 11yo’s arm to get attention, which is so cute. This is the most fantastic toy ever.” 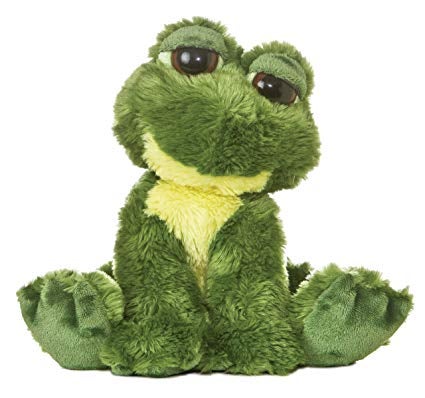 Reviewer “Fudge” was surprised at the quality of this plush frog: “Picked this up and did a double take. It’s one of those stuffed animals that just feels well made. Weighted feet (feels like really tiny beads), strong seams, and really soft material make this seem like a higher calibre of stuffed animal. I bought this as part of a gag gift but won’t be able to throw it away now after. Super cute, I’d definitely recommend.”

Go ahead, start searching for yourself.