SIM Card Killer: What You Need To Know About eSims

With the launch of its new iPhones, Apple has brought eSIM to the mainstream for the very first time. eSIM allows you to change carriers at will without having to order a new SIM card or go to a store. Instead, you just activate the plan and carrier that you like directly from your smartphone.

Smartphone manufacturers love eSIM as they can use the space it frees up to cram more features into a smartphone, while carriers dread the fact that it enables customers to switch to different networks so easily. eSIM is poised to change the way we use our smartphones and interact with network carriers.

Here’s everything you need to know about the new technology.

What is an eSIM?

eSIM stands for embedded SIM and it does everything a regular physical SIM card does without any of the limitations that normally come along with it.

To understand what an eSIM is, it is helpful to understand what a SIM card is. Essentially a SIM card stores information that authenticates your identity to a carrier and tells them that you’re subscribed to a plan on their network. Without it, you wouldn’t be able to make calls, send texts or use mobile data. Its physical nature means switching over to a different carrier requires another SIM card sourced from the new carrier.

An eSIM shrinks down the functionality of a SIM card into a tiny chip that is literally embedded inside the handset, hence removing the need for a physical SIM card. eSIM is rewritable, so switching carriers doesn’t mean switching phones. Within a couple of taps of your smartphone screen, you can sign up to a new plan with a different carrier and start using their network without ever stepping foot inside their store or messing about with a physical SIM card.

It also means you won’t have to waste time researching plans from different carriers. Subscribing to a plan via an eSIM, you can see all of the carriers and plans available in your area right in your phone’s settings, allowing you to easily compare and find the best value. 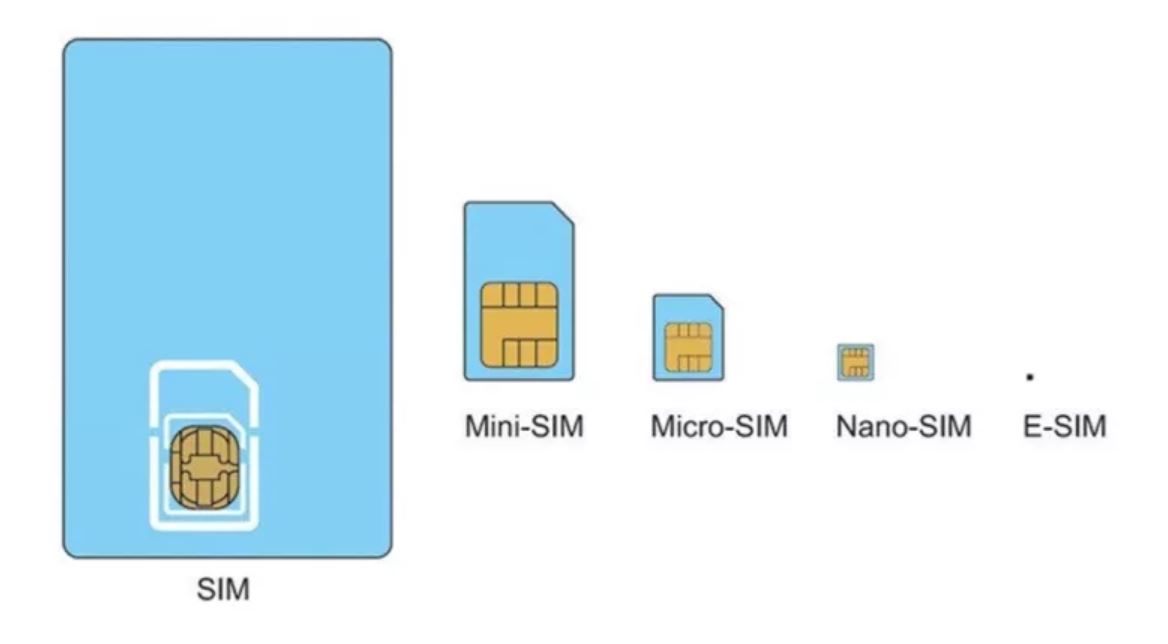 An eSIM takes up much less space inside the phone, and is also non-removable. (Photo: Supplied)

eSIM: a boon for travellers

eSIM came in especially handy on my recent trip to the United States where I didn’t have the time to walk into a physical store and purchase a prepaid SIM card for my iPad Pro. Carriers like AT&T charge as much as $US30 ($42) just for a SIM card with the cost of the prepaid plan charged on top.

Instead, I saved time (and money) by subscribing to the same data plan using the eSIM on my iPad Pro.

Another benefit of this technology is that you can add multiple plans from different carriers to an eSIM and switch between each one seamlessly. This is handy if a particular network has better coverage in certain parts of the country than the other.

The catch is that eSIM needs to be supported by both the handset and the carrier in order to work. Carriers in ten different countries including the USA currently support eSIM but, sadly, Australia isn’t one of them. The thought of customers being able to switch between carriers so easily has scared away the likes of Optus, Telstra and Vodafone, at least for now.

The rise of eSIM

Up until the release of the new iPhones, the only phones to support eSIM were a handful of Android handsets including Google’s Pixel 2, however it was only used in the US for Google’s Project Fi service. No traditional telcos were on board.

eSIM is also supported in the cellular versions of the iPad, Apple Watch and Samsung’s Galaxy Gear smartwatches. Some Aussie telcos including Telstra and Optus support eSIM in watches, but only as a way to use the existing number you have through a physical SIM on your phone.

Apple’s decision to support eSIM in all of their new iPhone models including the XR, XS and XS Max has accelerated the growth of the eSIM smartphone market from a couple of million to hundreds of millions of shipments every year.

In fact, analysts are forecasting that the eSIM market will reach 420 million units per year by 2022.

Apple’s plan to push telcos into offering eSIM services means that broad adoption of eSIM is not a question of if but when, and that is good news for consumers.

The ease with which customers can switch between carriers will force telcos to compete more for your business whether it be with increasingly competitive plans or other incentives to hold on to you longer as a customer. It will also give more visibility to smaller providers who don’t have the marketing muscle or the retail presence of more established telcos. Their plans will be listed right alongside the others.

Ultimately, the goal is to eliminate the physical SIM card altogether, but we won’t truly see its demise until carriers are ready to embrace eSIM en masse. What that means in the here-and-now is a physical SIM card slot working alongside an eSIM in a dual SIM arrangement, which is what we’re getting in the new iPhones.

With an Apple update to iOS 12 in November, users will be able to manage two numbers — one per SIM — and designate one number for calls and text and the other purely for data. Alternatively, you could use one number for work and the other number for personal calls with both lines running simultaneously on the one handset.

However, unless the likes of Optus, Telstra and Vodafone join the eSIM party between now and November, Australians travelling abroad will be the only ones able to take advantage of eSIM on their new iPhones. In that scenario, users can elect to continue to receive calls and texts on their physical SIM while enjoying the benefits of cheap data rates with a local carrier in their destination country.

Carriers in Canada, Germany, India, Spain, UK and the United States in addition to a few other European countries currently support eSIM and that list is only going to grow as more and more people get their hands on the new iPhones.

In many ways, eSIM is analogous to online video streaming and what it did to the home entertainment business. Prior to the likes of Netflix you had to go to a physical store, pick a movie and walk out with a DVD much in the same way that we have to walk into a store now to pick a plan and walk out with a new SIM.

eSIM will shift the phone experience to completely digital, allowing users to sign up to a plan that best suits their requirements direct from their handsets.

The knock-on effect is that it will accelerate price competition at the carrier level while also allowing smaller players to shine.