Tonight, Let Your Kids Eat All The Halloween Lollies They Want 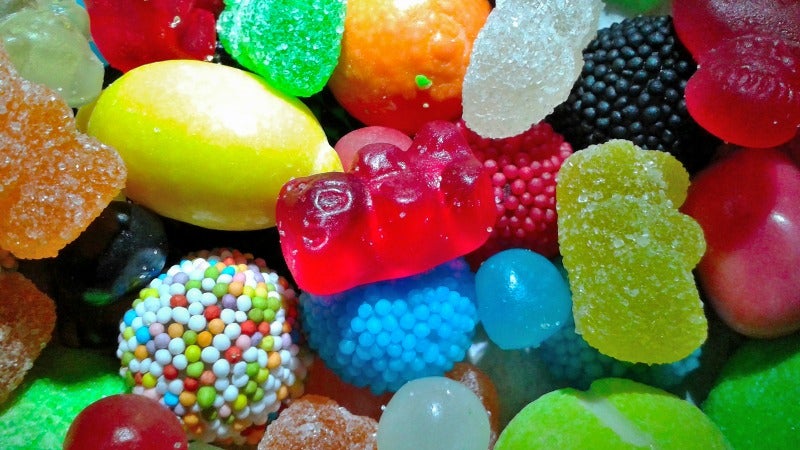 Letting your kids engage in a sugar-fuelled, Snicker wrapper-strewn free-for-all on October 31 may seem like irresponsible parenting, but it turns out not micromanaging your child’s candy consumption can teach them to listen to their hunger cues.

It may seem counterintuitive, but restricting junk food intake can actually do more harm than good. When Amanda Shapiro of Bon Appetit asked registered dietitian Emily Fonnesbeck for her take on the subject, she was surprised to find that Fonnesbeck lets her kids go to town (within reason):

“It’s tempting for a parent to believe that if they tell their kids what to do with their candy, their kids will do it and be healthier,” she says. But apparently that doesn’t work. Kids won’t learn to listen to their own hunger cues if you’re constantly telling them what and when to eat, she explained. “They either restrict or they have all of it.”

This doesn’t mean you have to stand idly by while your little Ninja Turtle or Elsa — are these current costumes? — inhales boxes of Nerds. Fossenbeck suggests asking questions that encourage kids to listen to their bodies like “How did all that candy make you feel?” and “What would you do differently next time?” to foster intuitive eating.

Also, remember that Halloween is supposed to be fun. One night of wild sugar consumption isn’t going to derail their existence. Just don’t let them go too crazy with the bubblegum or they will probably end up swallowing a bunch.

Why You Should Let Your Kids Eat All the Halloween Candy They Want [Bon Appetit]
Photo by Leonard Towers.