TPG-Vodafone Vs Telstra: How The Numbers Stack Up

The merger of TPG and Vodafone is all about creating a competitor big enough to grab market share from the two market leaders, Telstra and Optus. The $15 billion company will face up against $51 billion at Telstra. Here’s how the two companies compare.

Expect aggressive discounting when the merger deal is completed next year, compounding Telstra’s problem of increasing competition reducing the revenue return per customer.

Vodafone And TPG Are Joining Forces

Two of Australia's largest telco companies are joining forces in a a landmark $15 billion merger. The combined company will compete directly with Telstra and Optus and should lead to cheaper prices for customers. Here are the details!

The companies say the enterprise value of the merged group will be about $15 billion, with revenue of more than $6 billion.

Billionaire David Teo, the founder of TPG, says the increased financial scale will create a formidable competitor against Telstra and Optus.

He says the new company will be “agressive”.

“Together we will become a more effective industry challenger that strives to create competitively-priced consumer products with the high levels of customer service that differentiates us in the market,” he says.

Here’s how the new merged company sees itself against Telstra and Optus: 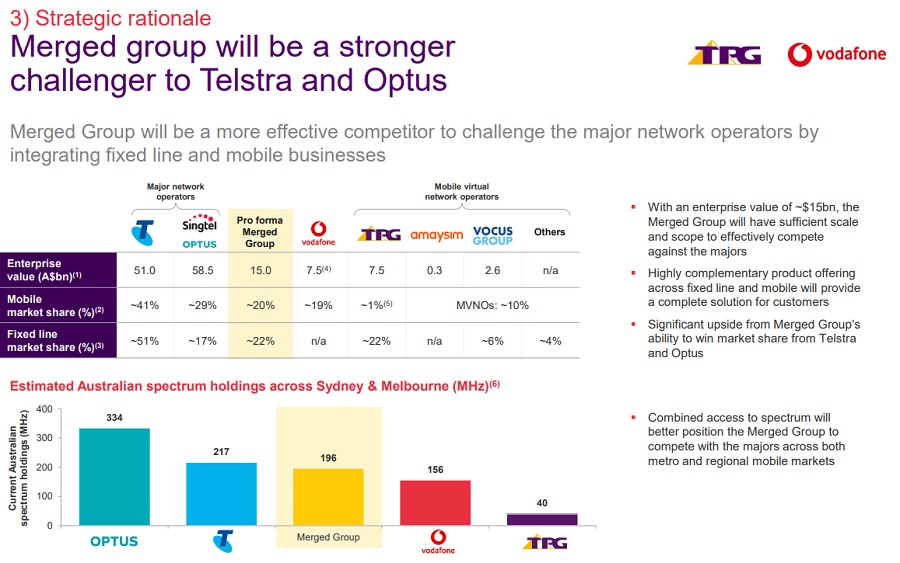 Together the companies own and operate 27,000km of metropolitan and inter-capital fibre networks, a mobile network with 5,000 sites, international capacity and a strategic portfolio of spectrum assets.

TPG has Australia’s second largest fixed line residential subscriber base of 1.9 million subscribers and a significant corporate, government and wholesale business. TPG is also building its own $1.9 billion mobile network, to be Australia’s fourth carrier. 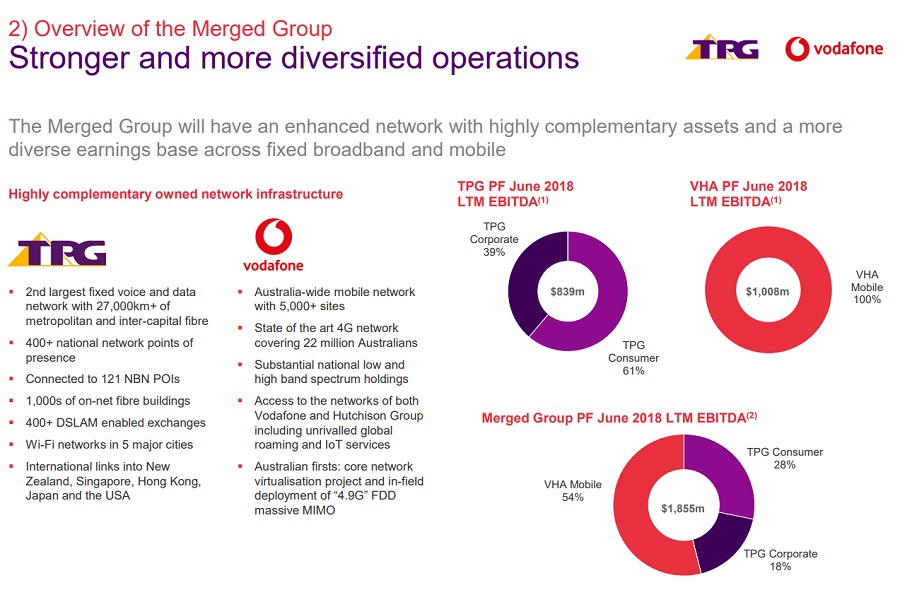 The companies say the merger will deliver increased scale to support growth, and an enhanced ability to invest and innovate in a highly competitive telco market: