Details of the Pixel 3 XL leaked earlier this month. Now a throwaway account on Reddit has leaked images and specs of its smaller sibling, the Pixel 3. Here are the details.

A throwaway Reddit account called /u/Pixel3Throwaway – which has since been deleted by the user – posted an album on Imgur containing images of someone holding the Pixel 3 as well as screenshots of the phone’s specs.

The leaked images show that the phone is quite similar in appearance to the already leaked Pixel 3 XL. Thankfully, one of the key differences between the Pixel 3 and Pixel 3 XL is the 3’s lack of a notch.

New flagship smartphones are some of the most closely-guarded secrets in tech, and while leaks often occur a month or two before an official release, there’s typically enough mystery to keep things interesting until then. 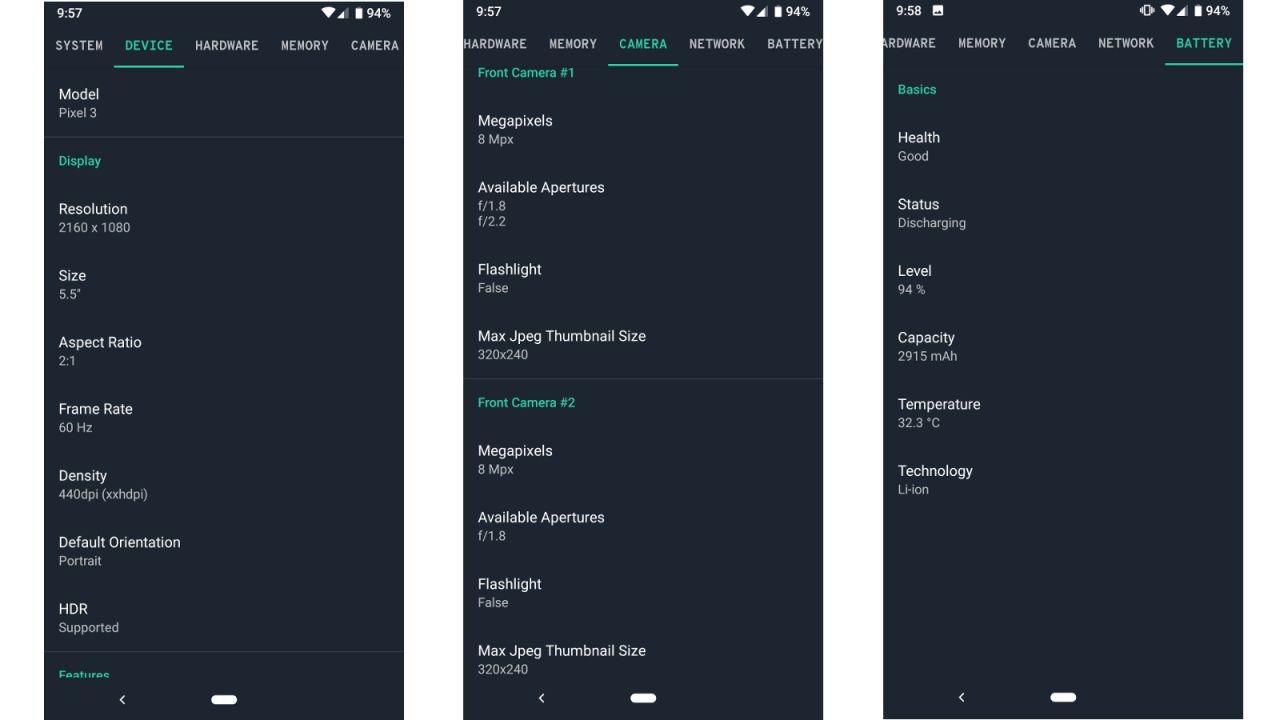 Screenshots apparently of the Pixel 3’s device information shows that it will have a 5.5″ display with a 2160 x 1080 resolution and a 2915mAh battery. Ausdroid is reporting that the deleted Reddit posts confirmed the phone will have a Qualcomm Snapdragon 845 processor with 4GB of RAM.

Dual 8MP front cameras are also included in the device.

Here's Everything Inside The Google Pixel 3 XL Box

Over the past few months, the Pixel 3 XL has been subject to a barrage of leaks from online sleuthsters. We're not sure if this is down to cunning design on Google's part or bumbling ineptitude. Either way, we know practically everything about the new phone - and now there's an unboxing video to go with all those juicy specifications.