Mac: Even though you probably shouldn’t install a public beta of an operating system on your primary device — your laptop, in this case — go ahead. Give macOS Mojave a try. There are plenty of fun features you can play with, including the operating system’s new dark mode (close to the top of my list).

But dark mode isn’t for everyone. Perhaps you’ve always preferred the Rebels to the Imperials; the yin to the yang; shiny Apple silver to slightly more expensive space grey. You might even like both dark and light modes at different times: One for when you’re holed up in your geek den in the wee hours of the evening, and the other when you’re trying to get work done during daylight.

Apple has made it relatively easy to switch between light and dark modes in macOS Mojave — just click on the Apple icon in the upper-left corner, click on System Preferences, click on General, and switch to whichever mode you like most.

That’s a lot of work, though.

Instead, I like the little Menu Bar utility NightOwl. Install it on your system and have it run whenever you launch macOS, and you’ll get a little icon — an owl, of course — that you can click on to switch between light and dark modes. You can even set it to make a cute little owl sound whenever you make the switch. 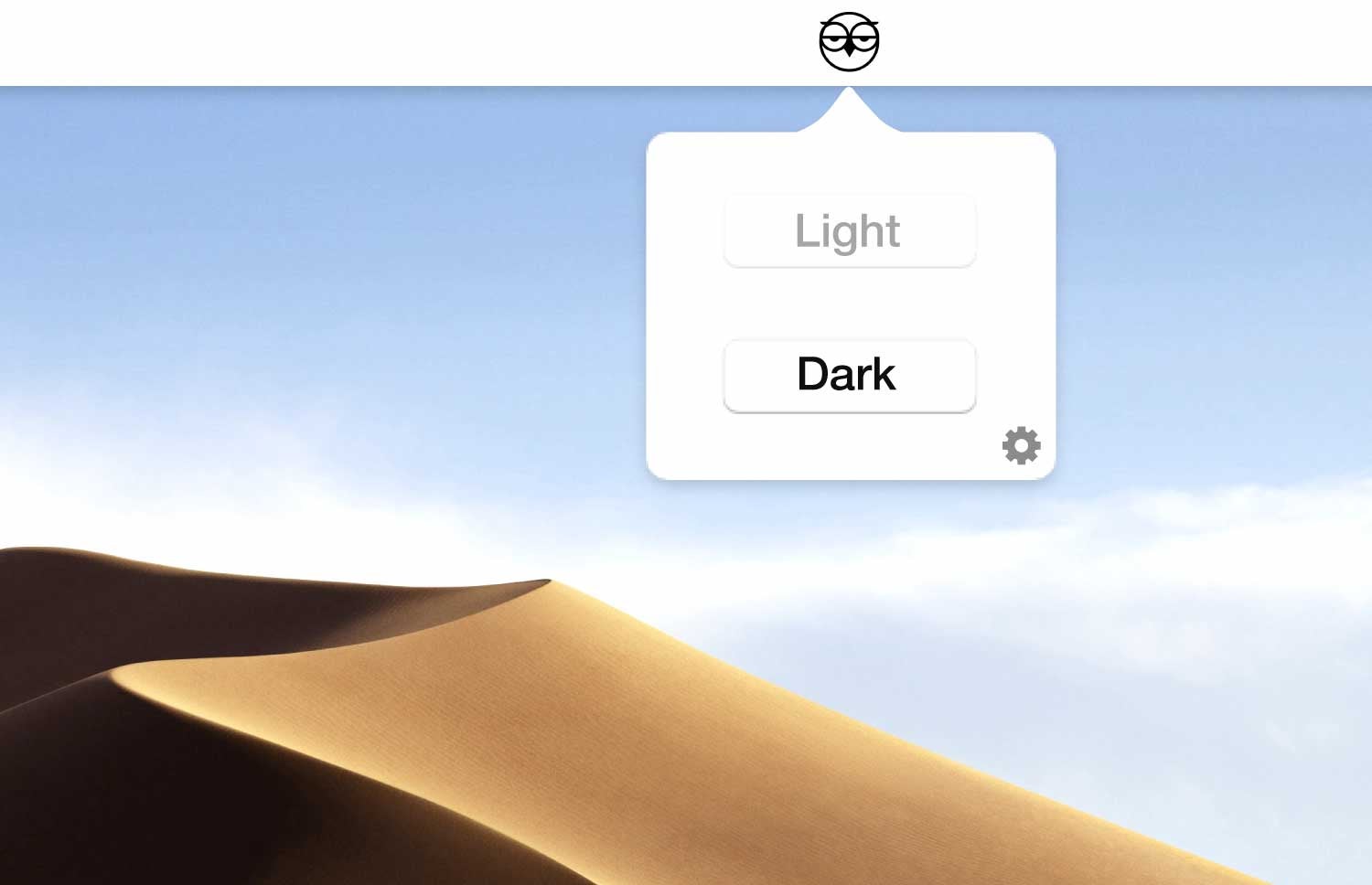 That’s all the utility does for right now, but NightOwl’s developer notes indicate that a future version might be able to trigger different modes for sunrise and sunset.