How To Use Your Flight Delay Time Productively

Every time a flight takes off on time, it seems like a little miracle. Despite airlines’ set schedules, there’s a lot working against getting to your destination on time.

First, there’s the weather: It’s either too hot, too cold, too windy, too rainy or too foggy.

Then there are the mechanical issues to contend with (recently I had a flight delayed for an hour and a half because the co-pilot’s seat belt wouldn’t click).

And sometimes it isn’t even the airline’s fault, but rather an unruly passenger – like the man on one of my flights who, upon hearing that the pilot and co-pilot were both women – demanded to be let off the plane because he felt unsafe.

As a frequent flyer, at this stage, I just assume that every flight will be delayed – that way, if it actually takes off on time, it seems like a bonus.

Flight delays are, of course, annoying. No one likes hanging out at the airport, so I use that extra time to get stuff done that I’d normally put off.

Here’s how to make the most of your flight delay.

Yes, I know it sounds very glass-half-empty, but when you’re getting ready for your trip – printing tickets, gathering passports – work under the assumption that your flight will be cancelled, and come up with a few tasks you can do at the airport.

Think about what you’ve been putting off, and make sure you have what you need. For example, if you need to call the phone company to dispute a bill, you’re going to need your account number, so take a photo of your bill so you have all the information you need handy on your phone.

Is there a book you’ve wanted to read but haven’t had time? Flight delays are the perfect opportunity. If you’re a teacher who needs to mark papers, either pop the assignments in your bag or scan them so they’re on your computer (if you don’t already have electronic versions).

As soon as you find out that your flight has been delayed, take a look around the airport lounge and claim your spot.

Ideally you’ll want somewhere with a chair and an outlet. If you’re planning on working on a laptop, try and find a workstation that operates as a standing desk, or with high stools, minimising the chances of having a small, noisy child next to you.

Once you’re settled in, get to work. You may not reach the coveted Inbox Zero, but you can definitely send off a few annoying email responses you’ve been ignoring. This is usually the first thing I do because, really, there’s never a time when I don’t have a backlog and it feels good clearing the unread messages out, one by one.

If the airport doesn’t have free Wi-Fi or you can’t face opening your computer, there’s plenty you can get done on your phone. Aside from calling credit card, phone and electric companies, you can also make a dentist appointment or check the balance on that Target gift card you got for your birthday and can’t remember if you’ve used yet. 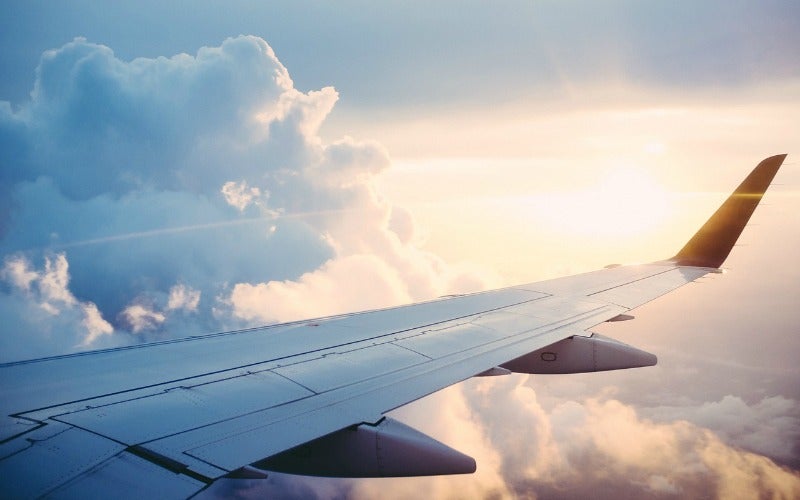 Next time you go to book a flight you might want to look at the early-morning options first. Getting out of bed to make that 6am might be a struggle, but Travel and Leisure suggests that you should exclusively fly in the early morning. The reason? You'll have a much better chance of getting to your destination.

Flight delays are also the perfect time for making phone calls to friends or family members that you can never seem to fit into your schedule. Not only do you have the time, but you also have the perfect excuse to get off the phone: “Oh! I have to go – they just announced that my flight’s about to board.” (Even if that’s not the case, there will be so many overhead announcements, the person on the phone won’t know the difference.)

If you’re lucky enough to be at an airport with free Wi-Fi, make sure you practise good internet hygiene like you would in any other public Wi-Fi situation.

That means doing things such as checking signs in the airport announcing the free Wi-Fi to make sure you’re using their official network and not a similar-sounding identity thief’s trap, and avoiding doing your online banking. You definitely don’t want to start your trip off with a delayed flight and a call from the bank saying they have spotted some suspicious activity on your credit card.