Slash Your Energy Bill By $500 With CHOICE’s Transformer Tool

To reverse a popular Coles refrain, electricity prices in Australia are going “up, up, up” with seven out of 10 Australian households paying too much for electricity. To help you save, Choice have launched a new tool known as the Choice Transformer that can save consumers, on average, around $500 a year.

Released today, Choice Transformer allows you to forward your latest energy bill to an email address, which checks that bill for free and finds out if you’re being overcharged. The service compares 33 energy retailers and if there is a better deal, you can join up and they’ll switch you over. Interestingly, if an even better deal comes up, they’ll switch you again.

Head of Media Tom Godfrey explained that Choice has “found a new way to get people a fair and transparent deal on their energy bill, with trials of our new service delivering individual savings of up to $1500” after “shadowy backroom deals” have taken away much of the savings that consumers should be seeing.

It’s free for you to use the bill analysis tool, and if a saving is found, you can join up. That’s different to other websites, which work on a commission-driven model. Instead, CHOICE will charge a $99 annual fee, which Godfrey says enables them to “put consumers first and give them bigger share of the savings on offer”.

Currently, the service is only available to those in New South Wales, Victoria, South Australia and South East Queensland. 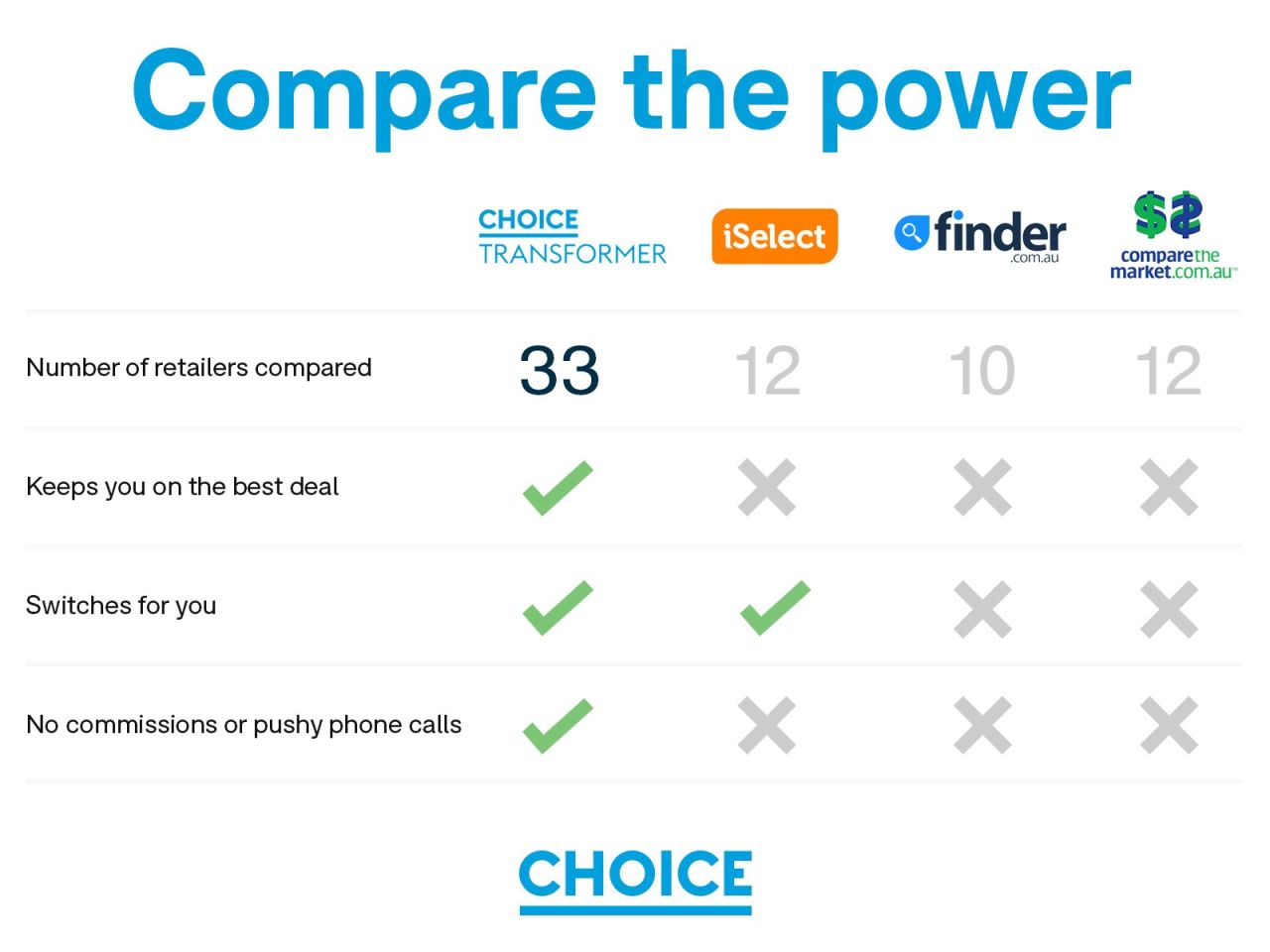 CHOICE do most of the work for you and in relation to other websites, compare a wider number of retailers

You can find out all the details here and I recommend reading this incredible breakdown of the tool from reader viveka in the comments below.