Bad Coffee Will Make You A Happier Person 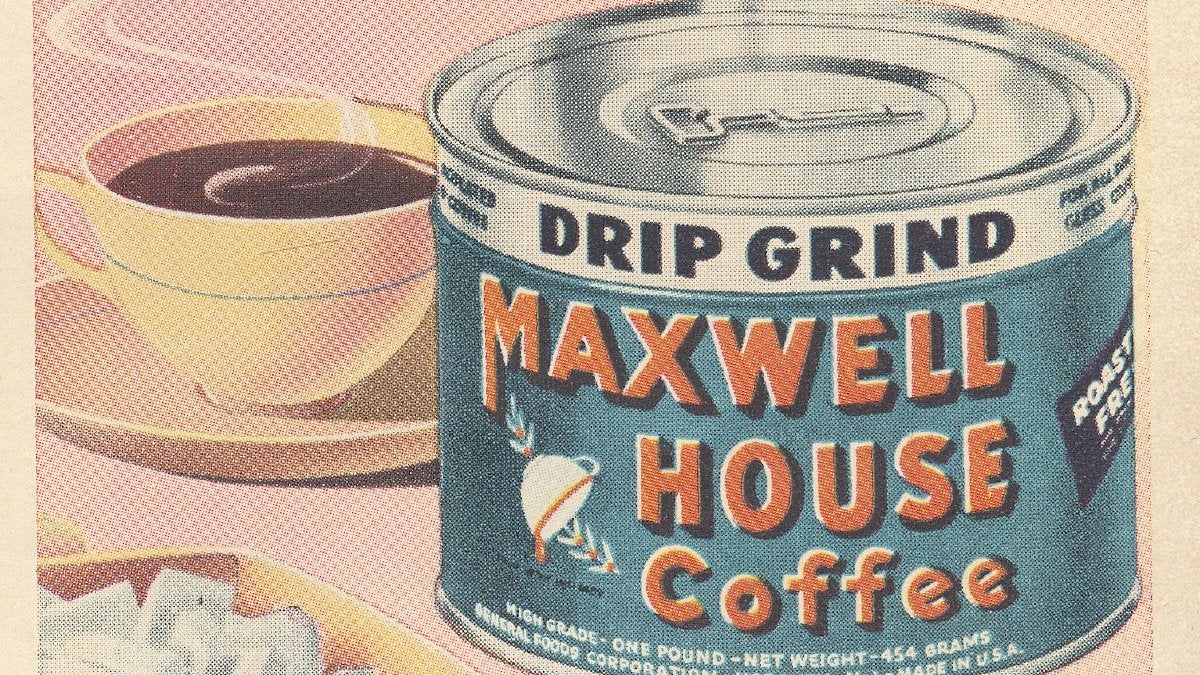 Bad coffee is the best coffee. Or less cryptically: The lower you can set your standard for acceptable coffee, the happier you'll be.

When you like something, it isn't typical to voluntarily try a worse version. It's much more usual to try a better version, as a splurge. With coffee, where you don't have to be rich to enjoy the top of the line once or twice, it's easy to train yourself to appreciate a better version, and to come to crave it every day, until you've bought yourself a home pourover setup with a grinder and a scale for your single-origin beans, because anything less tastes like stomach acid run through a dishwasher.

You start to rely on specific cafes; you visit friends and turn down an offered cup. A tier of coffee that used to please you now disappoints you. You've kicked the ladder out from under you. You're no longer backward compatible.

What if instead, you tried a downgrade? Acclimate yourself to a slightly inferior cup of coffee? Splurge on a cheap cup from McDonald's? Grab the pre-ground beans? Buy a $20 coffee machine instead of fussing with pourover or French press? Your body still appreciates the caffeine. And thanks to the march of technology and infrastructure, that cheap cup of coffee is a lot better than you remember.

If putting in all this work for worse coffee sounds silly, consider that trying new things is always hit-or-miss. The first time you tried a certain foreign cuisine and had a bad time, you didn't swear off trying new foods. Why would you give any less room to this experiment?

If these experiments fail entirely, they will still renew your appreciation for the coffee you already drink. At no longterm expense, your usual cup of coffee is now an upgrade.

Saving time or money on coffee isn't going to change your life or give millennials the money to buy a house. But once you've downgraded coffee, you'll be ready to downgrade anything. Mass production has improved cheap beer, cheap clothes, cheap furniture. You can even do fine with a crappy smartphone. But even if you just downgrade the little things - do you really care about expensive toilet paper? - you'll be practising resistance to the default "upgrade" model. You'll build willpower.

And instead of living like garbage, you'll find the opposite: The more things you stop caring about, the more room there is to splurge when you do care. No one has good taste in everything, and no one should aspire to that. Because unless you're filthy rich, you'd constantly be settling, and that would be the saddest life of all. So go on, try the bad coffee.