How Much Do Deliveroo Drivers Earn? I Became One To Find Out

The gig economy — the on-demand, mobile workforce leveraged by the likes of Uber — seems like the dream: whenever you feel like working, you simply turn on your phone, accept the jobs that you want, and ignore the ones you don’t. There’s no office to go to, and no boss to answer to when you haven’t shown your face for a while.

But, as I would discover when I went undercover as a Deliveroo delivery driver, the gig economy is not a one way freeway to wealth and happiness, it’s a two-way street.

For the uninitiated, apps such as Deliveroo, Foodora, and Uber Eats allow users to order food from local restaurants, which is then delivered by its network of contracted drivers and riders. The company solves multiple pain points: consumers are able to order from their favourite establishments, while the restaurant owner who doesn’t have delivery capabilities can access a whole new market. It also provides earning opportunities for people with bicycles and two-wheelers.

I wanted to see whether this was indeed the future of work, or just a flash in the pan, sustained through the generosity of venture capital investors.

How to become a Deliveroo driver

The first thing that struck me when I began this process was how easy it was to get involved. All that was required was an ABN and to pass a police check. The online sign-up took less than an hour and the induction, which I had booked for the next day, was not much longer.

We went for a short test ride around the block and they took us through the job’s do’s-and-don’ts as well as a few safety tips. In less than two hours, I had all the gear I needed to start completing deliveries.

On a Thursday just after midday, I donned my bright, white Deliveroo polo top, I heaved onto my shoulders the massive, box-shaped esky (which was surprisingly light), and opened the app so I could begin my adventure.

I was waiting on the corner of Liverpool and Victoria in Darlinghurst, Sydney, when the first job popped up. It was in Redfern. I was in no mood to cycle so far, so I simply let it lapse in the hope that something better would come up. I didn’t have to wait long, as I was offered a food delivery from Brooklyn Depot on Holt St in Surry Hills. I wasn’t sure how far I would have to go but I didn’t really care. Excited, I swiped multiple times to accept the job.

Google Maps said it would take 15 minutes to ride there, but I did it in less than ten, owing to my knowledge of the area. I was chuffed with my efforts but I’d actually stuffed up the order because I swiped multiple times on the app. The first swipe is to accept the job and the second swipe is to tell the business that you’ve arrived, I was told by the understanding customer support rep who had called to see where I was.

It’s important because they only cook the food once you’ve arrived, to ensure it’s warm when it’s delivered. As the food was now cold, they had to re-make the order and because I fell behind a number of other orders. I waited about fifteen minutes. Once I’d collected all the items ordered, the app directed me to the drop-off, which, luckily, was on Riley St, less than five minutes away. 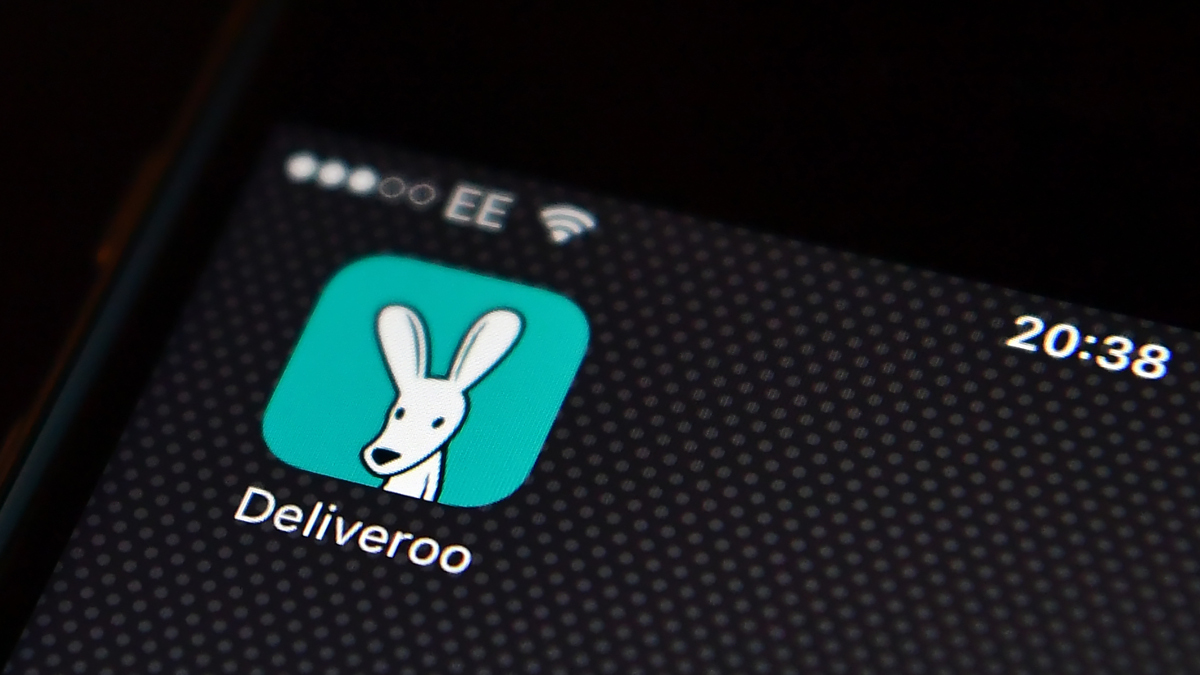 All told it was about half an hour from when I accepted the job to when the food was delivered.

Deliveroo: how much money can you make?

So what did I have to show for my hard work?

A Deliveroo spokesperson said that riders are paid “a fee” per delivery. The spokesperson didn’t provide a fixed number or a range because riders don’t have set hours and may also be working for other delivery platforms.

“There is potential to make significantly more than $20 per hour during busy periods,” the spokesperson said.

This is consistent with my experience, where for my single delivery I received $8.55 after an admin fee was subtracted. Generally a rider will invoice fortnightly, like a contractor, so they wouldn’t have the fee subtracted from every payment.

Deliveroo provides strong incentives to complete more and more deliveries. They offer bonuses and surge pricing during peak periods — Thursday to Sunday evenings — and also promise extra orders when they are running promotions and if it’s raining.

Deliveroo try and encourage you to recruit friends with a generous referral bonus. You definitely have everything you need to earn as much as you feel is possible.

While there was a very big carrot being dangled in front of my face, I found that one of the great motivators of the office environment was severely lacking: discipline. There is no discernible punishment if you don’t turn on the app to accept new orders. They did call me once in the first week, when I hadn’t done any jobs, but after that, it was up to me to make the most of the opportunity.

Chris King, founder of Splend, which manages a fleet of cars it leases out to new Uber drivers, said coaching and support is a key part of its business model. While people need to be self-disciplined in order to succeed, they also need some help along the way.

Splend provides this through their account managers who advise on a number of strategies, including the best times to drive, and also a member support centre, where drivers can come to network with their peers.

He said that by helping them to feel part of a community, they give their members the best chance of success.

“When you compare it to something like taxi drivers, you can see the support network is lacking a bit,” King said.

“They had taxi bases, where the drivers would swap over a taxi, and they would get tips from their friends and colleagues. There’s certain elements in that old school industry — workplace and camaraderie — which are valuable but don’t exist in the gig economy. That’s not necessarily the role of Uber but we see it as a huge opportunity, and we’re definitely looking to fill the void.”

I really enjoyed my experience as a Deliveroo. I definitely felt a sense of accomplishment in getting the job done without any major hiccups. I was also satisfied in the sense that I was getting fit and earning money. There was also some exhilaration in my system, probably owing to racing the clock while weaving through Sydney streets. I had to resist a strong urge to open up the app to complete another order. I also imagined that it would’ve been great when I was younger and at university.

But the financial rewards, while significant, aren’t really enough to keep me coming back. I realised that if the gig economy is really going to be socially accepted as career and lifestyle choice, then the workers have to feel like they’re more than just a horse carrying a load or pulling a cart. They must feel like they’re part of something that is not only financially rewarding but also personally satisfying. That’s a community I want to be a part of.