Is Apple Charging An Australia Tax On The New iPhones?

The old subject of whether Aussies are paying too much for their tech rears its head whenever a new, expensive product hits the market. And I’ve been seeing a few people already complaining that Apple is charging their so called “Australia tax” here, bumping the price up on the new iPhones that were announced yesterday. So, are we being fleeced by Apple?

The first thing to remember is that sticker prices aren’t real prices in the United States. Almost every state adds their own taxes to whatever price you see advertised on an item. Delaware, Montana, New Hampshire and Oregon are the exceptions. Alaska doesn’t charge state taxes either but localities within the state do.

When you buy an item, you can expect as much as another 10% on top of the sticker price.

In other words, the $999 price on the 64GB iPhone X is only going to apply to a small portion of the population.

So, in order to even the playing field, I’m going to compare prices based on the Apple sticker price, which doesn’t include any state sales taxes, with the ex GST Australian prices.

The critical issue in pricing is the exchange rate. At the moment, it’s sitting at around $0.80.

Looking at the table below, if the exchange rate was around US$0.70, then local prices would be very close to the US prices when you exclude GST and US state taxes.

However, the Aussie dollar is trading at about US$0.80 at the moment which means the balance has tipped and US pricing is better value than what we can manage locally. If there Australian dollar keeps strengthening relative to the Greenback, as some commentators suggest, then we’ll be paying around a $300 premium. 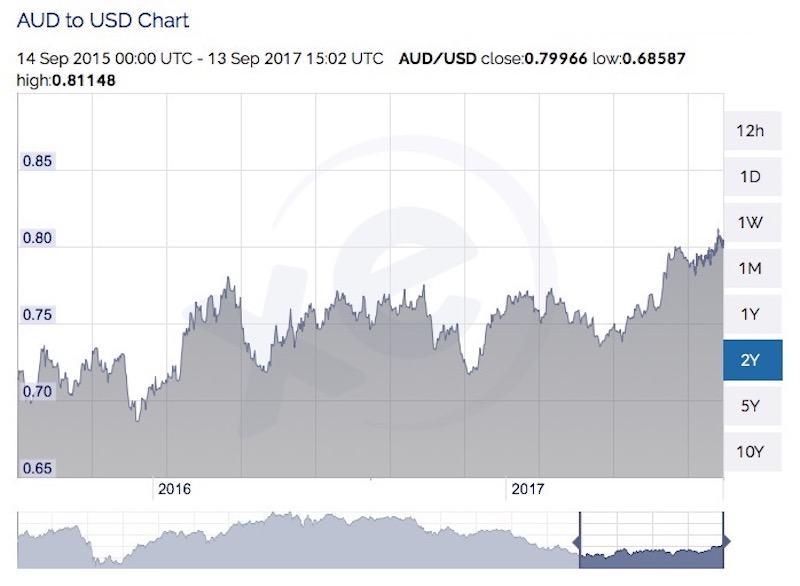 It’s possible, if the Australian remains relatively strong, that Apple could revise their pricing before pre-orders open on 27 October 2017. But I wouldn’t hold my breath for that.

The reality is all multinational companies need to set hedging strategies to protect their margins from currency fluctuations.

It seems that Apple is betting on the Aussie dollar hovering around the US$0.70 mark, assuming they are looking for price parity between the two countries. But that seems to be very conservative given the dollar has been steadily creeping up since around May this year. 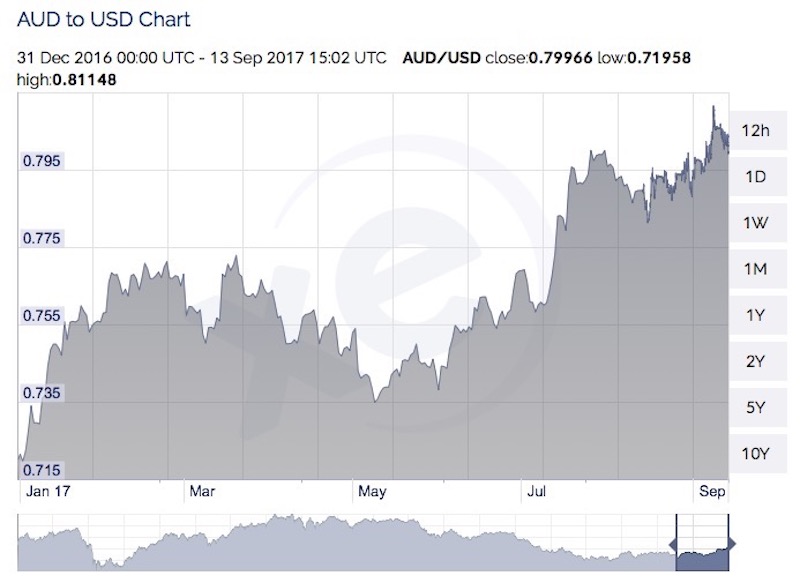 Are we paying an Australia Tax? I’d say it’s clear we are paying more than the current exchange rate would suggest is equal to US pricing. It seems to me that Apple has taken a fairly conservative view of the Australian dollar’s value.