How To Talk To Your Teens About Messaging Strangers

If you weren't swayed to incinerate your smart devices and encourage your family to go full Ron Swanson after recent reports on potential child-spying Disney apps, a damning examination of the wildly-popular Kik Messenger app may convince you to ready the blowtorch.

A joint investigation between Forbes and Point Report uncovered some alarming specificities in the app's ease of communicative access for child predators.

While any messaging app presents terrifying anxieties for parents, Kik raises unique concerns for two main reasons: The app's prevalence in the teenage demographic, and its laissez-faire approach to privacy and security.

Of Kik's 15 million active monthly users, 57 per cent are aged 13-24. What's particularly troubling though is that there doesn't seem to be much regulation on behalf of the app, despite an investment boost of $US120 million ($151 million) since 2009.

The report cites open-access chat groups where explicit photos and "child abuse materials" are distributed freely between predators. The investigation also set up dummy accounts as 13-and-14-year-old girls, which elicited sexually-suggestive messages within an hour of creation (direct messages can be sent to any Kik user in the same public chat room, or to a known username, which can be amplified across the messenger service via third-party apps).

So what do you do if your teenager is using Kik, or any other messenger or chat room app, for that matter?

This seems obvious, I know, but there's a considerable nuance to addressing this with an adolescent mind. I know from personal experience.

When I connected to AOL for the first time at 11-years-old, I struck up a correspondence with a username Cougar1010, as mountain lions were my favourite animal at the time. Guess which chatroom I entered first?

It didn't take many exchanges to realise that Cougar1010 wasn't interested in talking about the leaping abilities of pumas. They didn't broach anything sexually-explicit in our chats, but tonal differences and innuendo were obvious to me even at that age, and I realised quickly the conversation wasn't wholly innocent.

My mum recalls talking through the potential dangers of my new pen pal: "It was difficult, because you felt embarrassed that someone could trick you like that. But we made our level of concern clear, until we knew you understood it wasn't a smart thing to continue."

Be Firm in Your Expectations While Respecting Their Privacy

She also recalls that moment of initial panic when I brought up my "new friend", but what I remember and appreciate as a parent myself now, was how calmly they helped me acknowledge the inherent danger of the situation, without overstepping their boundaries into my privacy.

In retrospect, a combination of trust and firmness was key. It can be a precarious balance to strike, but it can also prove vital, as a teenager's early semblance of personal privacy can be fiercely guarded.

Of course, not every teenager will be forthcoming about their conversations online. If that's the case, educate yourself on any messaging or chat platforms they're using (use them yourself, too), and take the initiative to address how each one could prove potentially dangerous, while trying to respect their budding curiosity. If an app (like Kik) presents too much risk, be resolute in banning it.

Again, this isn't always easy and requires delicacy. In my case on AOL, because my pride and trust in people had been hurt, my parents gave me the space to end the communication on my own. They made their concerns and expectations clear, but let me do the right thing. Following our conversation, they also ensured their boundaries had been respected, checking in to confirm the correspondence wasn't continuing.

"We weren't reading over your shoulder every time you logged on, but we monitored for a long time afterwards to make sure you weren't in contact with that person any more, or with anyone else that seemed suspect," Mum remembers. 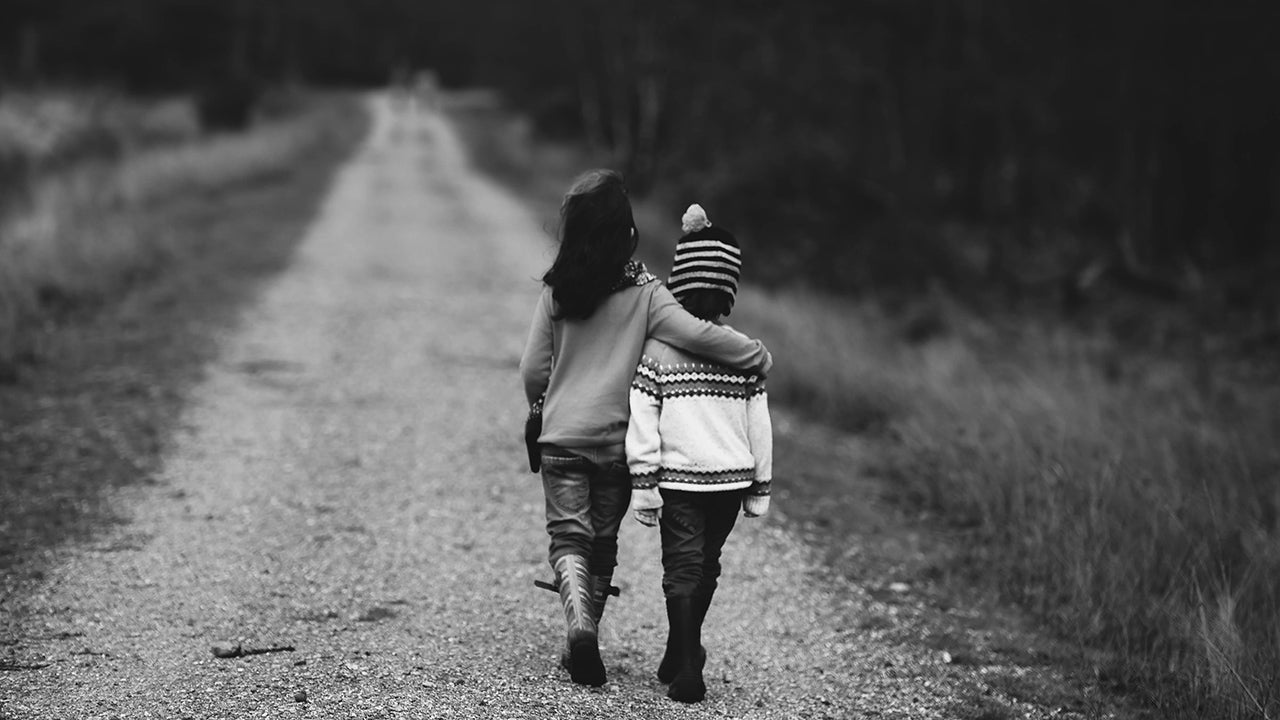 How To Talk To Your Children To Discourage Stereotypes

How can modern parents raise the next generation to be free from corrosive gender and racial stereotypes? By the time children start primary school, gender and race shape their lives in many ways that parents might want to prevent. As early as Year 1, girls are less likely than boys to think members of their own gender are 'really, really smart'. And by just age three, white children in the United States implicitly endorse stereotypes that African-American faces are angrier than white faces.

If the Situation Has Escalated Into Potentially-Dangerous Territory, Contact Authorities Immediately

Obviously, there may be situations where taking a more patient approach isn't advisable. If you're aware your teenager has received explicit or pornographic material, sexually-aggressive come-ons, threats, or offers to meet up from any stranger, your reaction should be more drastic, and you should immediately contact law enforcement.

Keep Checking in With Your Teen

Keep in mind that not every online interaction is nefarious, and adolescents won't typically want to sacrifice their social independence online, so it's important to keep the lines of dialogue with your teen as open as possible to understand who they're interacting with, so you can intervene if necessary.