This morning, Samsung officially unveiled the Galaxy Note8 – its first “phablet” smartphone since the spontaneously-combusting Note7. It goes without saying that a lot is riding on this product for Samsung. Thousands of burned customers (pun intended) are wondering whether they can trust another Note device. Here are five facts about the phone to help make up your mind…

Samsung's comeback Galaxy phablet is finally here. Boasting a massive 6.3-inch screen, an innovative dual-lens camera and the promise of a free screen repair if you break it, there's certainly a lot to like about this new phone. It's (almost) like the Note7 never happened.

Like, really big. At 6.3 inches, the Note8 is more than half an inch wider than the Galaxy Note7, which was a mammoth phone in its own right. If you are cursed with tiny hands, you can basically forget about one-handed texting. On the other hand, the extra real estate on the Quad HD+ Super AMOLED Infinity Display is perfect for gaming and movie playback – it’s the next best thing to a full-blown tablet. 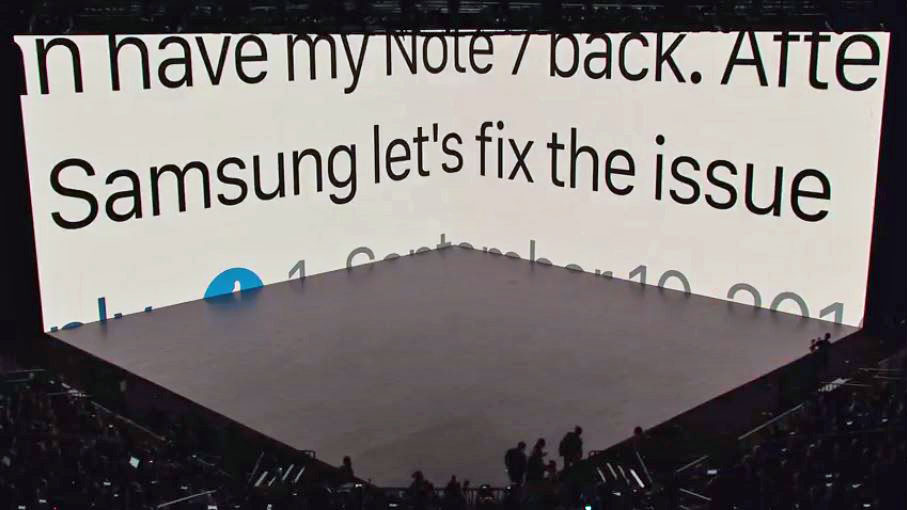 After the Note7’s explosive battery fault and subsequent global safety recall, Samsung will be taking no chances with the Note8. We wouldn’t be surprised if it had the most rigorous test cycle in the history of smartphone manufacturing.

We have been closely working with Samsung to make meaningful advancements in the science of smartphone quality and safety evaluation. As a result, the Galaxy Note8 has successfully completed a rigorous series of device and battery safety compatibility test protocols. We look forward to maintaining our strategic relationship with Samsung and helping ensure device safety for all consumers.

While there are no guarantees in life, we’d be extremely surprised if the Note8 suffers from any hardware faults – especially of the flammable variety. The company’s phone division wouldn’t survive a repeat of the Note7 and Samsung is keenly aware of this. Take it on your next plane trip with pride.

#3 It has three cameras 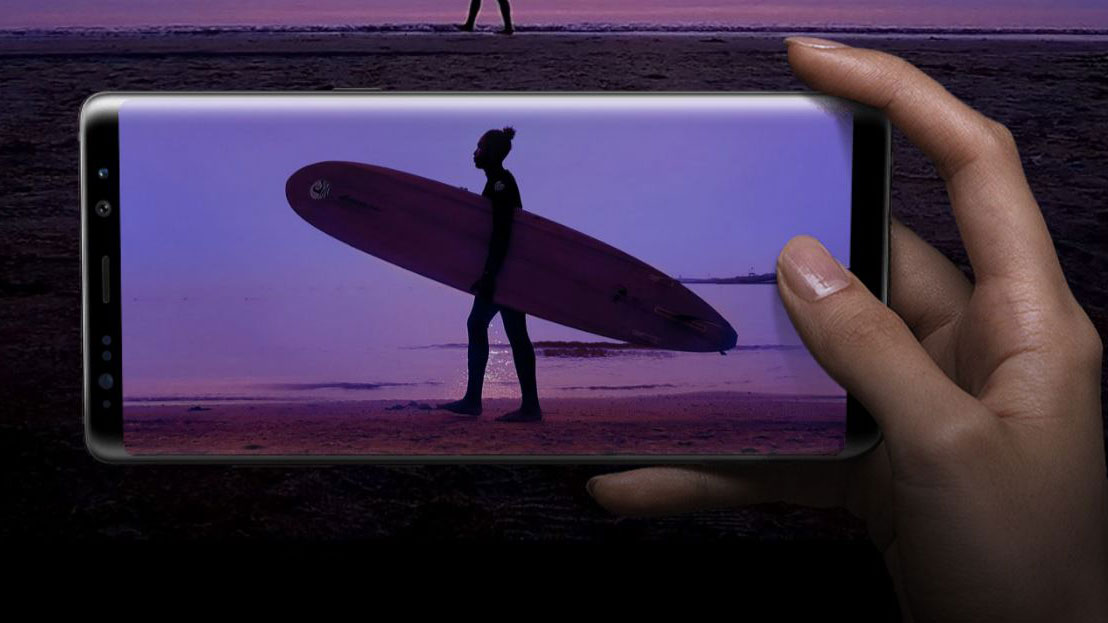 For the first time, Samsung has equipped the Note with not one, but two 12-megapixel rear cameras. The wide-angle lens and telephoto lens both come with Optical Image Stabilisation (OIS) and allow you to take closeups and telephoto shots simultaneously. According to Samsung, the wide-angle lens is capable of capturing sharp, clear shots in low lighting due to its dual pixel sensor with rapid auto focus.

Naturally, there’s also a front-facing camera. It boasts a pretty decent 8MP sensor and comes with Smart Auto Focus so you can take Instagram-worthy selfies and engage in video chats.

If you pre-order before 21 September, Samsung will throw in a free Samsung Convertible Fast Wireless Charger valued at $119. While we don’t want to look a gift horse in the mouth, it’s worth noting that the Galaxy S8’s pre-order gift was more expensive and infinitely cooler: a Galaxy Gear VR virtual-reality headset and motion controller. 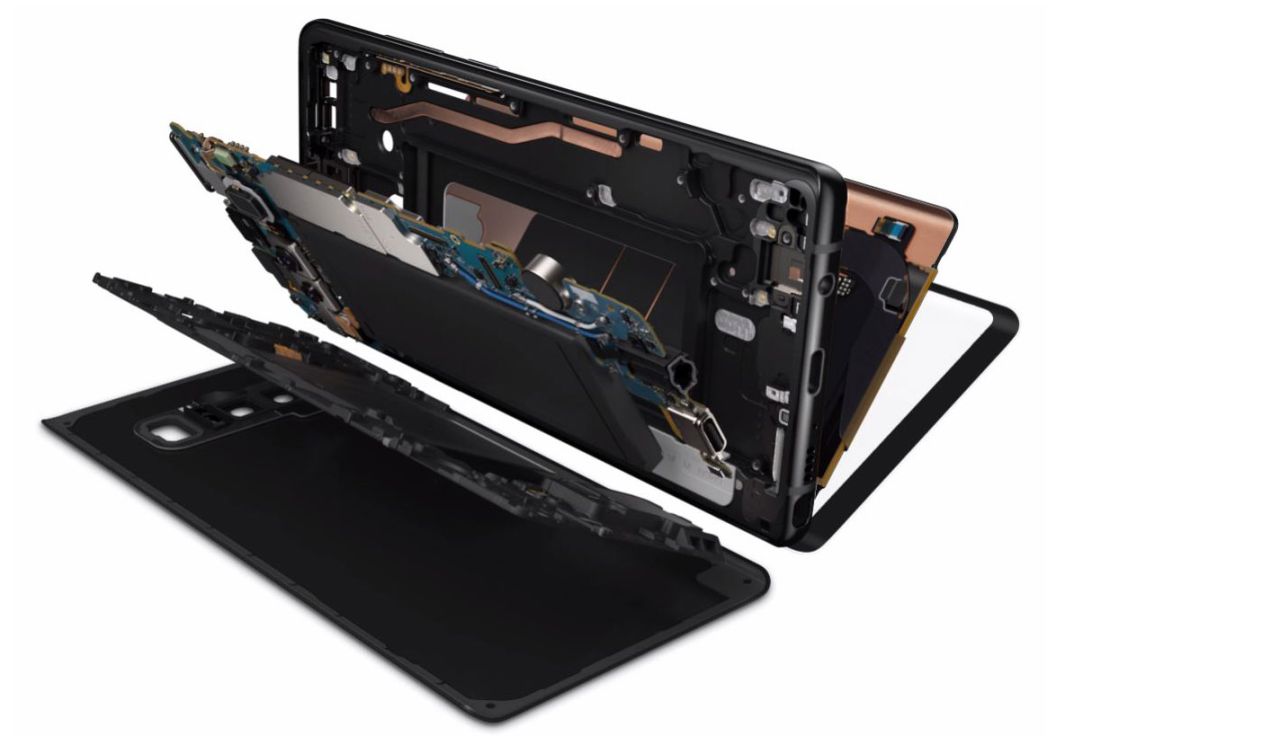 Following in the footsteps of LG and Huawei, Samsung will provide Note 8 owners with one free screen replacement per device: no questions asked. Here are the details:

With the Infinity Display offering an incredible viewing experience, Samsung will provide peace of mind to Australian customers who order the Galaxy Note8 between 25 August and 31 October 2017 and register by 14 November 2017, by offering free access to Samsung’s Screen Assure program. This will provide one free screen repair should the screen be damaged within the first 12 months of receiving the device.

We’ve been banging on about how smartphone manufacturers should provide free screen replacements for years, so it’s nice to see Samsung enter the fold. Your move, Apple! 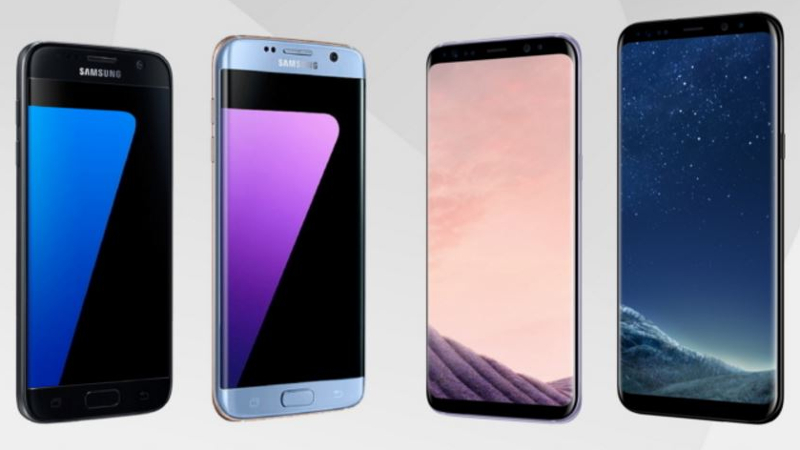 For all Samsung’s “Next Big Thing” talk, the Note8 is basically just the S8+ with more RAM and a better camera. Sure, there are a host of additional hardware and software improvements, but most of them are pretty incremental. Tellingly, the official Note8 statement from Samsung Australia’s mobile director Garry McGregor emphasises the importance of subtle ehnancements:

We believe innovation only becomes meaningful when it can create a purposeful outcome for our customers, which is why we always focus on improving the features that our customer love most while at the same time pioneering experiences that breaks new ground for our smartphone offering.

The Note8 is definitely more “improving the features” than “pioneering experiences” – and that’s completely fine. Trying to reinvent the wheel two times per year is stupid.

Will you be picking up a Samsung Galaxy Note8 at launch? Or were you figuratively/literally burned by the Note7? Share your opinions in the comments!

Samsung Galaxy Note8 Plans: All The Telco Deals In One Place

The Samsung Galaxy Note8 will be romping into Aussie stores at the end of next month. So which telco has the best prices? Here are all the plans released thus far from Telstra, Vodafone, Virgin and Optus. (With more to come!)