For years, two words have blistered around seats at Australian sporting events like a thunderclap. Sparked by a lone wolf, an individual in the crowd with extra air in their lungs, a deep, booming chant erupts. A verbal see-saw in the name of national pride.

If you shout the word ‘Aussie’ three times, in quick succession, in any sporting venue in Australia, they will come.

The chorus of Oi’s.

You can bring out overt nationalism with one simple word, repeated thrice. It’s the simplest of chants with the simplest of meanings: “I want you to know that I am supporting the Australian team partaking in this activity against an international opponent.” It’s a tribal message. The line in the sand. Us vs Them.

There are variations on the theme, of course. Sometimes the leader of the chant will draw out the ‘Aussie’, doing the most un-Australian thing you can do and giving the word an extra syllable: Aus-si-ie, Aus-si-ie, O-zz-y! Sometimes they’ll accentuate that final link in the three-word chain: Aussie, Aussie, Auss-ayyy! Sometimes the words are so slurred you can only make them out because you’re aware of the rhythm.

No matter the delivery, the response is always the same: 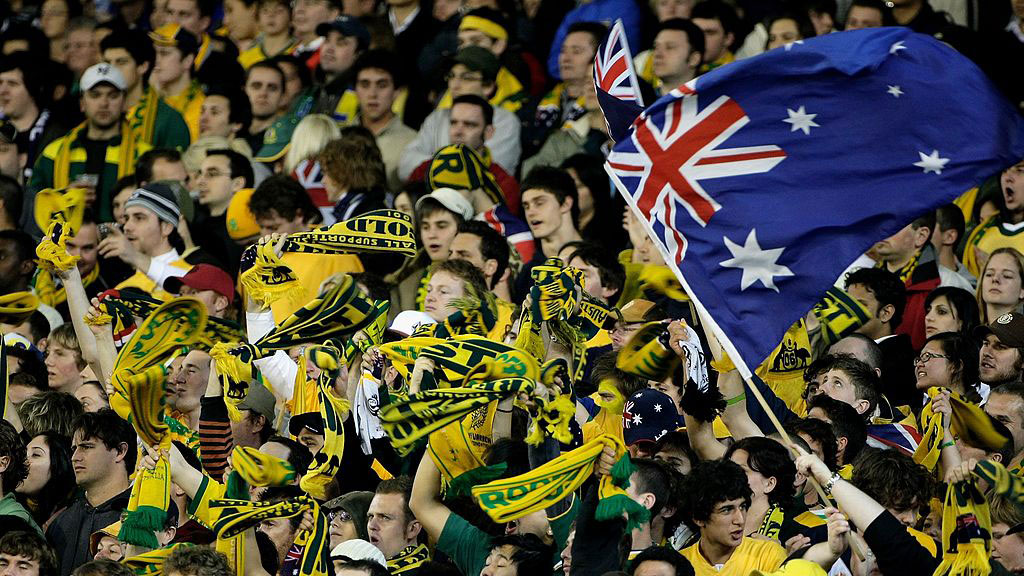 It’s part of our culture. It echoes around every sports stadium, beating like a drum, every time a member of the green-and-gold steps in. But it’s more than that. It’s basically an inherited trait, passed down genetically from parents or via horizontal transfer to the newly-immigrated as soon as they’re through customs. It’s as well-known as the National Anthem and better known than Waltzing Matilda.

Look, I’m partial to the ‘Aussie’, I like that. What’s better than shouting at the top of your lungs the abbreviated name of the country that you live in? The country that you love? England can’t do it! You can’t have Engy, Engy, Engy! Spain, Russia, Holland, Chile, Brazil – they aren’t abbreviating anything. What’s more patriotic than that? You could argue fairy bread and a Bunnings barbecue, but not much else.

‘Oi’ is one syllable.

‘Oi’ is a glorified grunt. 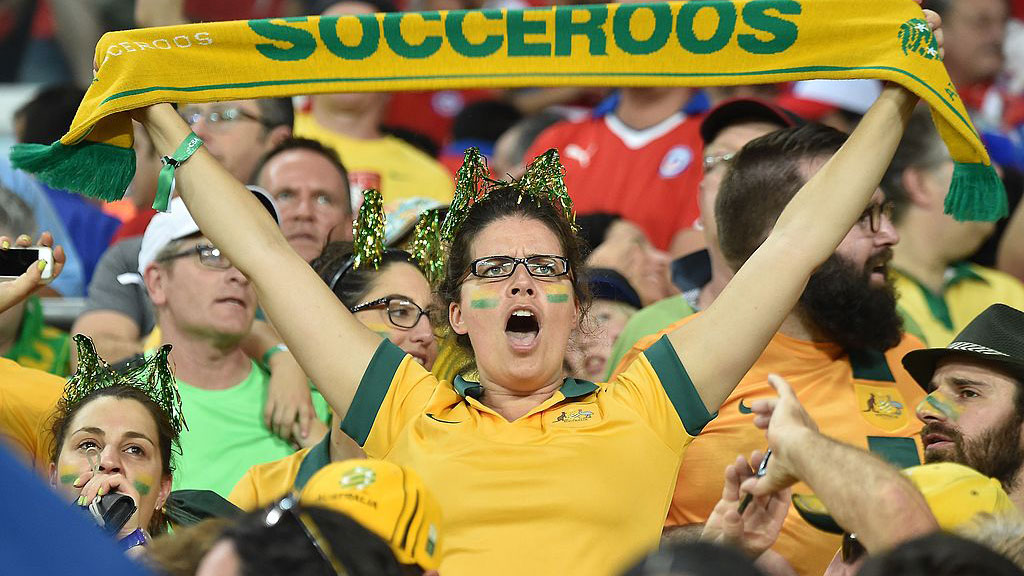 The chant is inherently tied to sporting events but it just isn’t that inspiring. It’s nowhere near as intimidating as New Zealand’s Haka. It doesn’t come close to the poetry or wit of something like the Barmy Army’s various chants (“he bowls to the left, he bowls to the right, that’s Mitchell Johnson, his bowling is shite!”). When Japan’s national soccer team plays they might even break out into ‘Vamos Nippon’ and that incorporates two separate languages!

Meanwhile, Australians grunt like a muzzled seal with strep throat.

And what of its origins? It started because some hungry workers wanted meat-filled pastries at lunch.

The chant originated in Britain, in the seaside town of Devonport which opens into the English Channel. At lunchtime, women would come bearing Cornish pasties for the dock workers. The pasties were affectionately known as “hoggan”, or “oggy” for short and so the women who brought the baked goods would chant “Oggy! Oggy! Oggy!” to announce their arrival. The dock workers would reply in kind with “Oi! Oi! Oi!” and thus, our national chant was born. 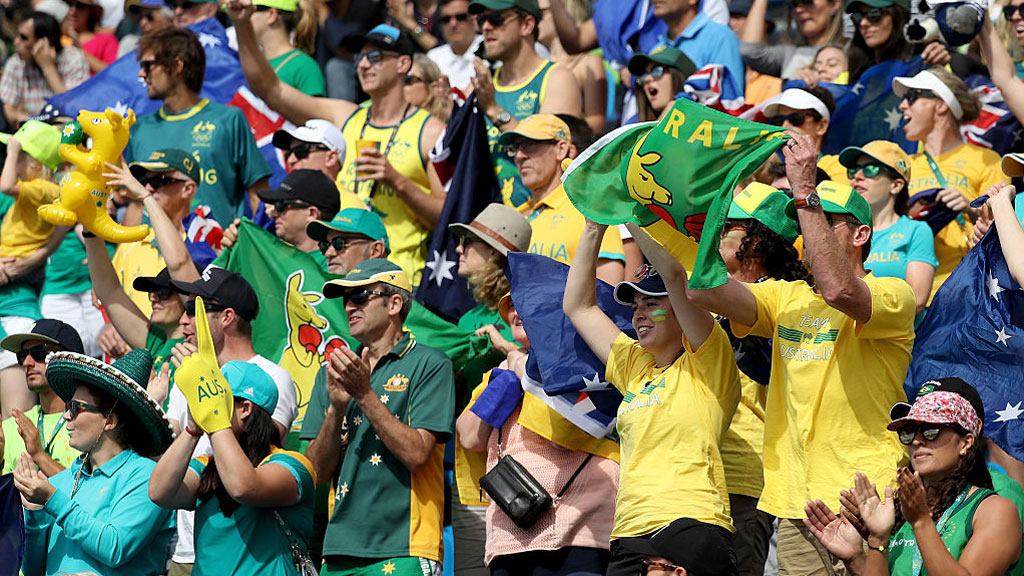 It’s come to be synonymous with Southern Cross tattoos and flip-flops and wearing a flag around your neck. It’s a lyrical version of calling every bloke Bruce and every female a sheila.

What a ripper she is Bruce, she’s a bloody top sheila! Scull that beer! Oi! Oi! Oi!

It’s the sound of a footy trip, a bunch of blokes in a foreign bar trying to draw as much attention to the fact the yes, they’re Australians but they’re just a bunch of larrikins looking for a laugh, aren’t they? It’s quintessentially Australian, like Men At Work’s ‘Land Down Under’, except it’s not a great song and the lyrics are nowhere near as delightful.

We’ve tried to erase it before. In 2012, before the London Olympics, Foxtel tried to supplant the chant by offering a $10,000 prize for anyone who could come up with something better. Germaine Greer wasn’t having any of it. Alas, the competition was run and 22-year-old Anirudh Hattangadi of New South Wales won with a chant that, it seems, even the internet has forgotten. I’ve looked. It can’t be found. 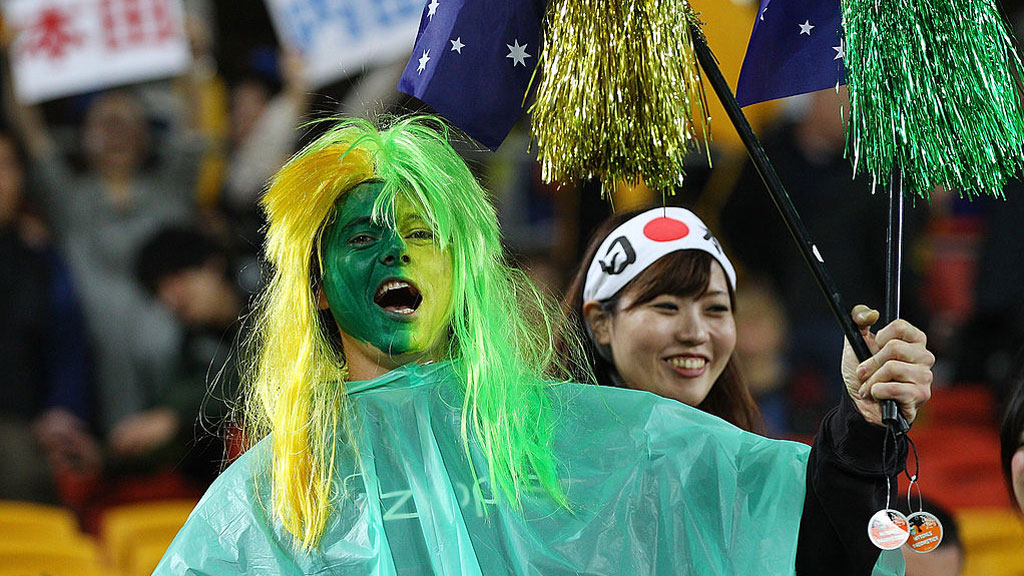 For a brief moment in time, we had something that just may have been able to replace our jingoistic Oi Oi Oi’s.

Now it seems like we’re too far gone. We’re too deep in this mess. We’re doomed to repeat the mistakes of our forebears.

We’re marching towards another Commonwealth Games and all over the Gold Coast we’ll hear the same two words, over and over.