Ask LH: What Is The Best Camera For Selfies?

Dear Lifehacker, I'm interested in getting a camera that has a remote control to take self-portraits. What do you recommend? I don’t mind something easy to use, it doesn’t need to be super high-tech, and I don’t like bulky cameras. Also is there some sort of mini tripod that goes with the camera? One I can put on a desk. Or do I need a regular tripod? I'm on a budget, I can spend maybe up to $2k all up? Eek, is that impossible? Thanks, Rena

I'm going to give you probably the clearest and simplest piece of advice that I've ever given in one of these segments. I know exactly the camera you should buy, because I bought it myself. (Not specifically to take self-portraits, but it does that very well.)

How To Take Selfies That Don't Look Like Selfies

As a solo traveller, it's challenging to capture my adventures. I want to include myself in the picture and I'm not about to use a comically long selfie stick. I also rarely feel comfortable handing my camera or phone to strangers. But that doesn't mean I'm about to miss out on social media-worthy moments. Instead, I re-imagined how I took selfies.

You should buy the Fujifilm X100F. It's a $1800-ish compact camera made by Fujifilm with a beautifully detailed 24-megapixel sensor and a fixed 23mm f/2 lens. I bought mine in black, but they're kinda hard to come by at the moment; you can also get it in silver. (One distinction here: compact camera usually means a point-and-shoot camera with a retractable zoom lens. But in this age of small mirrorless cameras with large sensors like the X100F, I wouldn't buy a point-and-shoot.)

There are a few reasons I'm recommending the X100F so wholeheartedly, and they're the same reasons that I picked one up before my trip to the US. It's small and portable at only 52mm thick and 470g. It has a dedicated optical viewfinder that you can switch to an electronic one if you want to. It takes excellent photos in automatic mode but you can switch it to entirely manual functions with dedicated on-body controls. Its brand new 24-megapixel sensor captures detailed photos even in low light but doesn't destroy highlights.

If you're specifically considering self portraits, then you'll want to install Fujifilm's Remote Camera app (for iOS and Android). It lets you view exactly what the camera's pointing at in real time as a live preview, adjust exposure and focus and other shooting details, and set timers — and just click away over and over. From there, you can transfer those photos to your phone through Wi-Fi (in the same app) and edit them (use Snapseed! on iOS and Android) then post them wherever you want. 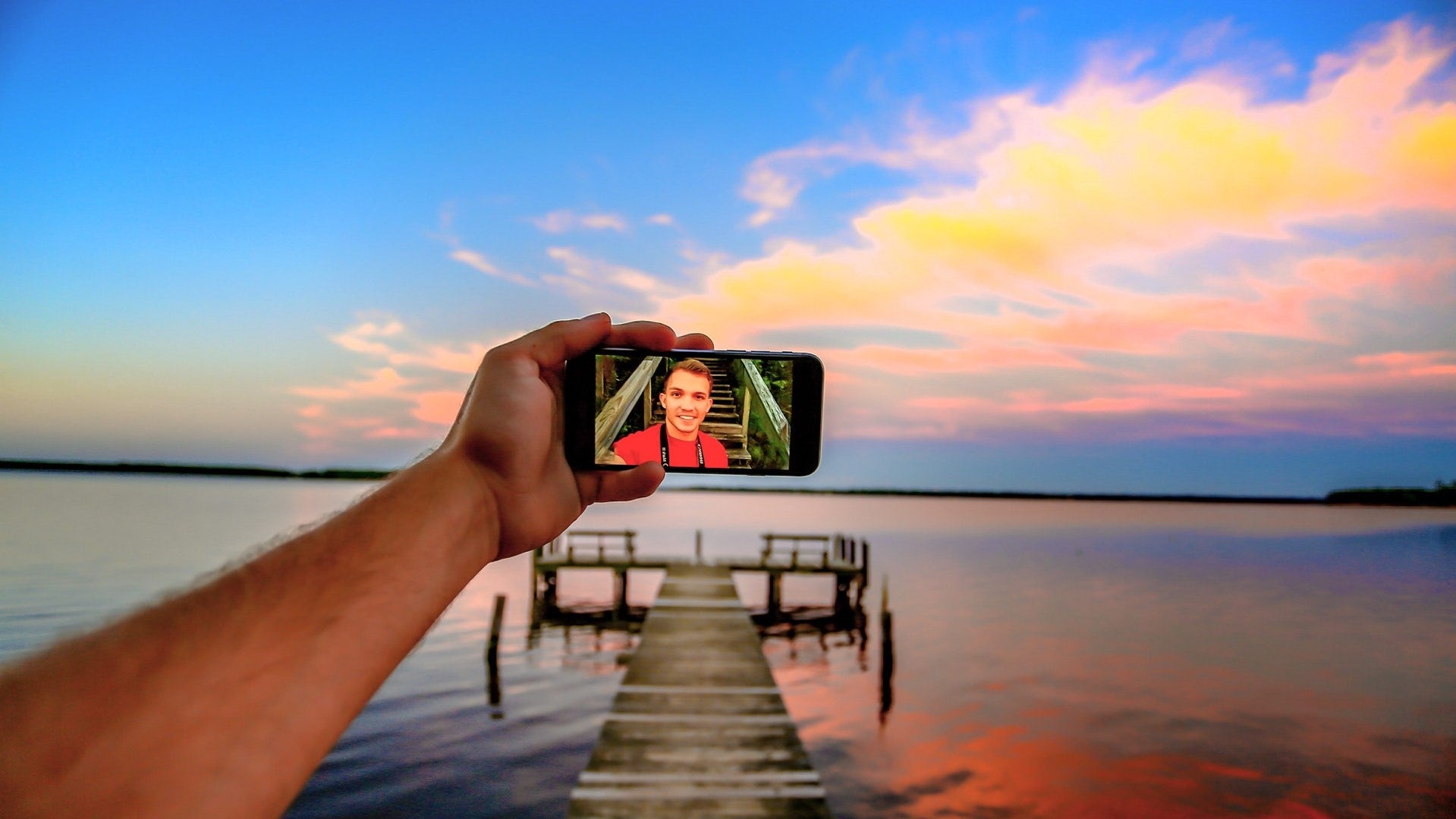 Photo by Sole Treadmill. If you've ever looked at someone's selfie and thought "They are so vain," you might be making an unfair assumption. A recent study suggests most selfie-takers aren't into themselves any more than normal people.

I use a little inch-tall mini tripod that came with my Samsung Gear 360 on the X100F, but any mini tripod like a Gorillapod should be great for what you need. A small full-size travel tripod (I have a carbon fibre Slik with a ball head) will give you a full-height photo that you could use if you want full-length self portraits from a distance.

And yes, sure, it has a fixed lens — no zoom. But the best thing that smartphone cameras have done in the last 10 years is make people realise that you don't need a zoom lens to take good photos. If you find the X100F's 35mm-equivalent lens too restrictive after a while, you can buy a 50mm-equivalent tele converter, which gives you a focal length perfect for classic shoulders-up portraits, or a 28mm-equivalent wide converter, which will give you a field of view very similar to what your phone already captures.

Whether you think it's narcissistic or pointless, selfies are all the rage these days. If you want to take a good shot of your mug, you need good equipment. Oppo has just launched the F1 which touts an eight-megapixel front-facing camera. I put my face (and my dignity) on the line to find out how it fares against Samsung and Apple devices.

With a little mini tripod and the remote control app on your phone, this is what you can expect out of the Fuji X100F. Crisp focus with face detection, shallow depth of field, and nice colour and highlight and shadow tones even in default settings:

And this is what you can expect if you're holding it at arm's length:

A week ago, I climbed a mountain. And then I was too scared to move or look at the view.

If you want to use it for landscapes and other kinds of photos, it does alright:

I spent all of today here and I want to go back and never leave.

It's a great camera and I'm very happy with mine. I think it'll do exactly what you need very well.