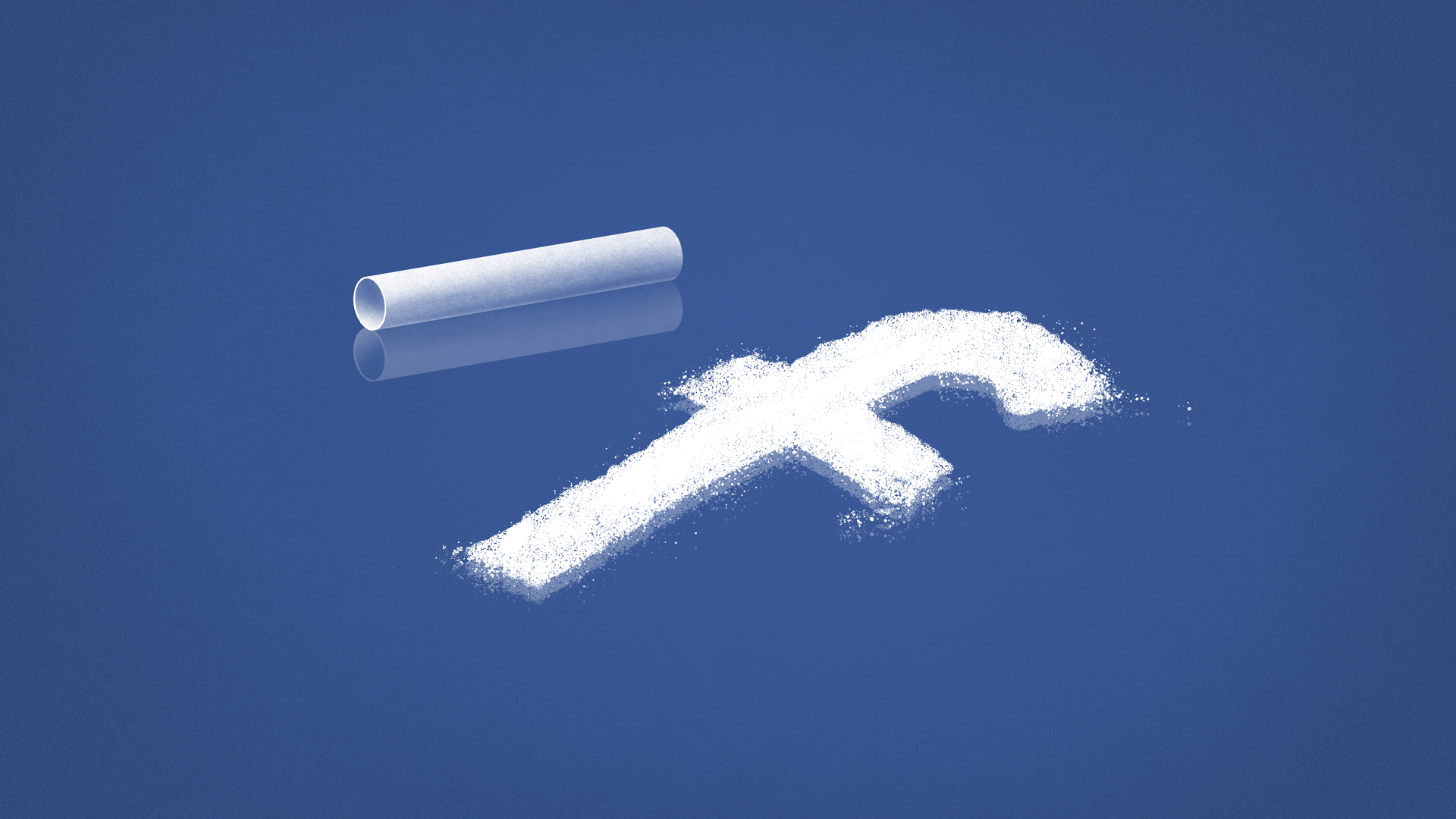 Facebook affects my productivity, my mental wellbeing and my relationship with my wife, who isn't too excited about my frequent checking. I need help.

That said, I can't (or won't) just delete my account. Facebook isn't just a time suck. It does have value for keeping in touch with friends and family, seeing photos of loved ones, using it as a source for news and research, or just passing the time.

Facebook recently surpassed two billion users. Many of those people cross the line into overuse, where we like it for what it offers, but also hate how we've been sucked into a time-wasting vortex where it pulls us away from more important and more enjoyable pursuits, and even engage in activities on Facebook we don't enjoy, such as arguing.

Are we addicted to social media? In some extreme cases, the answer is yes. But for most, it's less dire.

"What most people think of as addiction is just poorly regulated behaviour," said Andrew Przybylski, an experimental psychologist at the Oxford University Internet Institute. A specialist in tech addiction, Przybylski explained that people often don't understand why they find themselves wasting so much time on social media such as Facebook, and wish they could stop.

How can social media cross the line into addiction? It's when all else becomes irrelevant.

The Difference Between Behavioural and Chemical Addiction

Activities like technology, work, gambling and sex cannot become chemical addictions as with nicotine, alcohol and opiates. The former are behavioural addictions, and they can be powerful. What's more, they can be just as challenging to deal with.

"I don't see things in terms of abstinence," said Mark Griffiths, a psychologist and professor of behavioural addiction at Nottingham Trent University. "You can't tell workaholics not to work again or sex addicts to never have sex again. Likewise, you usually can't tell online addicts to stay offline."

Griffiths has a popular psychology blog, and one of the things we discussed is the little high we both get from seeing a post get lots of traffic. In one post, he revealed how behavioural addiction, specifically in the case of gambling, can be "just as serious as drug addictions."

How do you tell if you're truly addicted to Facebook? Griffiths provides some insight:

To determine addiction, it's about severity, with the first two being most important. Is social media truly the most important thing in your life? So much so that everything else goes to hell?

I'm just wasting a couple of hours a day. I still get work done, get lots of exercise, eat properly, and care for my family. And I'll choose sex over Facebook any day. Ergo, not addicted.

But I still have a problem with too much time wasted and even anxiety created, so what is to be learned from the compelling nature of social media platforms like Facebook, and what can high-frequency users do to cut back?

It helps to understand what might be causing it in the first place.

FOMO and How It Corresponds to Social Media Use

Andrew Przybylski spoke of certain psychological needs humans have: a sense of belonging, a sense of competence, and a sense of autonomy. He was the lead author of a 2013 study published in Computers in Human Behaviour that determined when people are low in these three areas, they have high levels of FOMO. And high FOMO is correlated with high social media use.

Why does FOMO drive us toward a platform such as Facebook? From the study: "social media engagement presents a high efficiency low friction path for those who are oriented towards a continual connection with what is going on."

Questions like "how much do you use Facebook" don't provide accurate answers. To determine "higher levels of social media engagement," the study authors asked if people used it within 15 minutes of waking, during meals, and within 15 minutes of going to bed in the past week. I answer yes to those three for most of the past seven days. Dammit.

"The more people have FOMO, the more likely they were to have both positive and negative feelings about Facebook," Przybylski said. I'm writing this article as therapy to control my use because it bothers me. And I am not the only one aggravated by overuse. To get additional anecdotes about Facebook abuse, I of course went to Facebook to ask fellow users.

Nicholas said, "I've noticed I'm WAY more productive if there's a supervisor in my office because I spend less time on social media." Jenni replied to that comment with, "Job tasks get in the way sometimes but I have two mobile phones and both are usually dead by my 6hr point because of social media use." Note the language: her job gets in the way of draining her two phones using social media. She also admitted to using Facebook while she drove, and that this comment had been provided while driving.

Jenni added, "I'm bad, but nothing compared to my partner." Suzanne said of Facebook: "The biggest time wasting platform in my life that I continue to use regardless." Michele said, "My husband is always on the phone and on Facebook, even when we go out to dinner."

But it's not all bad information. Because of Facebook I've learned how to be a better writer. If by "better" I mean "more popular." By examining what takes off and what dies on the social media platform, I can adjust topic and tone and give the people what they want. Are you addicted to Facebook? The answer will shock you!

Mark Griffiths says, "The number of people genuinely addicted to Facebook are few and far between." Griffiths was co-author on a study of 5,961 adolescents published earlier this year in PLOS ONE about problematic social media use and found that only 4.5% qualified as being "at risk." But many of us do use the platform in a negative way, where we engage in lengthy arguments, scroll social media to procrastinate from work or avoid engaging with loved ones, or get upset about the news we read, the comments people leave on our posts, or even the number of likes we get. It can be hard on productivity, relationships, emotional wellbeing, and even physical health if you're skipping workouts and making unhealthy food choices because of so much time spent on social media.

Who here has had trouble falling asleep because they were arguing with a stranger on social media right before bed?

To reiterate, I'm not recommending people delete their accounts. There are reasons to stay connected.

In a study published earlier this year in Psychological Science, Andrew Przybylski and his co-author wrote, "the evidence indicated that moderate use of digital technology is not intrinsically harmful (to wellbeing) and may be advantageous in a connected world." The study examined 235 English adolescents to test the veracity of the "Goldilocks hypothesis." Is there an amount of social media use that is "just right"?

The study found one to two hours a day of digital-screen engagement was fine, but more than this started to have "a measurable, albeit small, negative influence" on mental wellbeing, with more time in front of a screen increasing the negative effect.

How does one dial back to beneficial usage, ditching the unnecessary scrolling and the futile arguments with people whose opinions we shouldn't care about?

How to Reduce Your Social Media Activity

1. Delete all social media apps off your phone. "Make it so you have to use a browser and don't let it save your password," recommends Andrew Przybylski. "Make it so that each time you check it's a conscious effort of having to log in."

2. Create your own rules for social media use. The thing about Facebook is, we don't pay attention to how much we use it. There are many online tools that will let you track this, but I'm a bit of a Luddite who only uses about 10% of the features on his GPS watch. Since using Facebook first thing in the morning, during meals, and right before bed is indicative of high usage, here are some new rules for me:

After that, I'm logging out and not using it again until the next morning, after doing that hour of work. And no more mealtime scrolling.

3. Avoid arguments. Mark Griffiths, who I mentioned earlier has a popular psychology blog, said he gets a lot of abuse online. I have been known to write some opinionated opinions on the platform as well, and have likewise experienced backlash.

"You have to know that no matter what you write, someone isn't going to like it," Griffiths said. Even if you're not a professional writer, with every single post or comment you make on Facebook, you open yourself to criticism. But there is no law saying you must engage or fight back.

It is always best to ignore the "enemies," but I know that it can be especially hard with Facebook if someone has invaded your wall. You can delete the post and ban them; they don't have a right to broadcast their opinions in your electronic space. But if you desire to say at least something, the Sir Winston Churchill method might serve.

Churchill was the master of the sarcastic quip for putting someone in their place, followed by no further engagement. I once wrote a piece about Dark Chocolate and its allegedly "super" qualities. In response to one person's rectally discomforted tirade I responded only with, "Eat a Snickers."

Even then, with the sarcastic quip you risk being sucked in. If someone is spewing vitriol, nothing insults better than pretending they don't exist.

4. Limit your news sources. As for my need for news, Andrew Przybylski said the problem with social media is that it's not like binge-watching a show on Netflix where it eventually comes to an end. There is no end of scrolling you can do. So I'm going to limit whom I scroll. My friend Kathleen consistently provides great information about the state of both American and Canadian politics. I'm going to get my fix from her and Dan Rather, and skip the rest of it.

For more detailed tips on how to "digitally detox," Mark Griffiths wrote a piece for Psychology Today that provides several steps you can take to make limiting social media easier. These include not using your phone as an alarm clock (my phone never comes into the bedroom), buying a wristwatch so you don't have to use your phone to check the time, setting specific times for email/social media use, setting specific times for not looking at any screens, and finding a non-screen related activity to "fill the void."

Another tip Mark had was going public with your intention to spend less time platforms like Facebook. That's why I wrote this article.

Good luck in your efforts to unplug more often, but before you do that, I'd appreciate it if you'd give my Facebook page a follow.