I Tried Using Food As Makeup. It Went Poorly

Ms Yeah is a very creative YouTube personality known for her unusual cooking videos, but her most recent video shows the enterprising internet star putting food on and around her face, rather than in it.

First of all, let me just say that I love this video. There’s an interesting narrative, an office chicken and Oreo earrings — it’s all you could want in a video. The plot of is pretty straightforward: After having worked all night in the office, Yeah finds herself needing to get pretty quickly for an “internet celebrity festival”. She slaps on a sheet mask (a clutch move), then roams the office, looking for food and office supplies she can use to create that perfect look.

Ms Yeah ends up looking quite nice — almost too nice — and I was inspired to see if I could create a similar look with similar products. 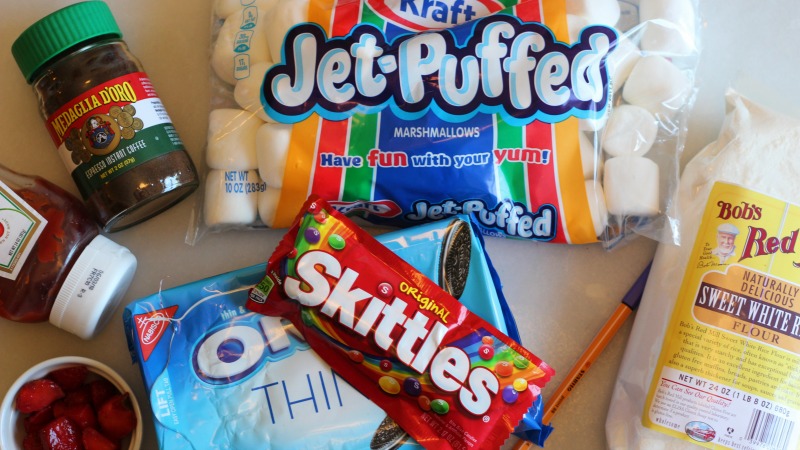 Though I couldn’t find the exact ingredients Yeah uses to put her face on, I found some pretty similar stuff, and set about whipping up my own culinary cosmetics, not without some doubt in my heart. (While I’m not opposed to using edible ingredients in beauty applications, painting my eyes with pens and Skittle water just seemed like a bad plan, but I am not one to knock it before I have tried it.) Check out the video up top to see the results, but below you will find shots of and instructions on how to make each beauty product. 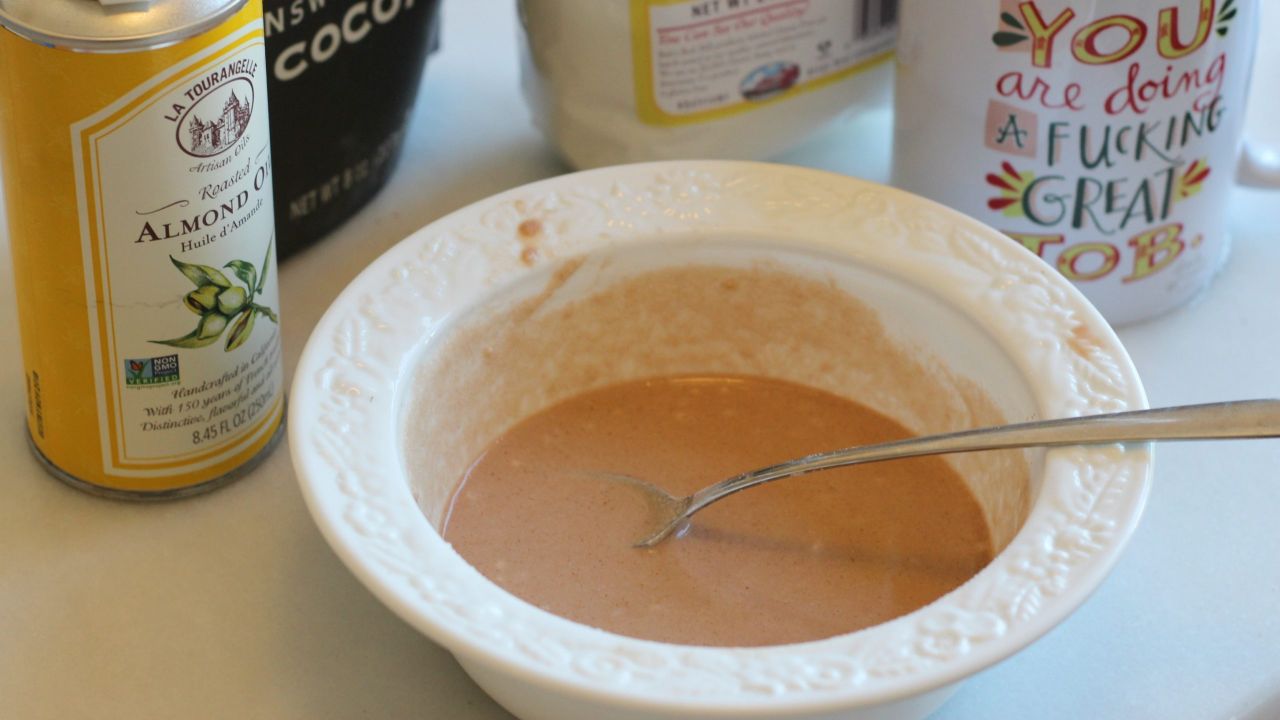 I couldn’t find the exact brand of glutinous rice flour used by Yeah, but I didn’t think the brand would make that much of difference. I added some flour and cocoa powder to a bowl, then stirred in water until my mixture reached the consistency of the food-foundation shown in the video. I also drizzled in a little almond oil. (Yeah used sesame, but I was out.)

The resulting product was gritty, sticky, and looked nothing like foundation. In terms of coverage, it certainly covered my face, and I’d be lying if I said it didn’t distract from my large pores, which are a constant concern of mine. It was certainly the most exfoliating foundation I’d every used, but maybe Yeah uses a less abrasive brand of flour. 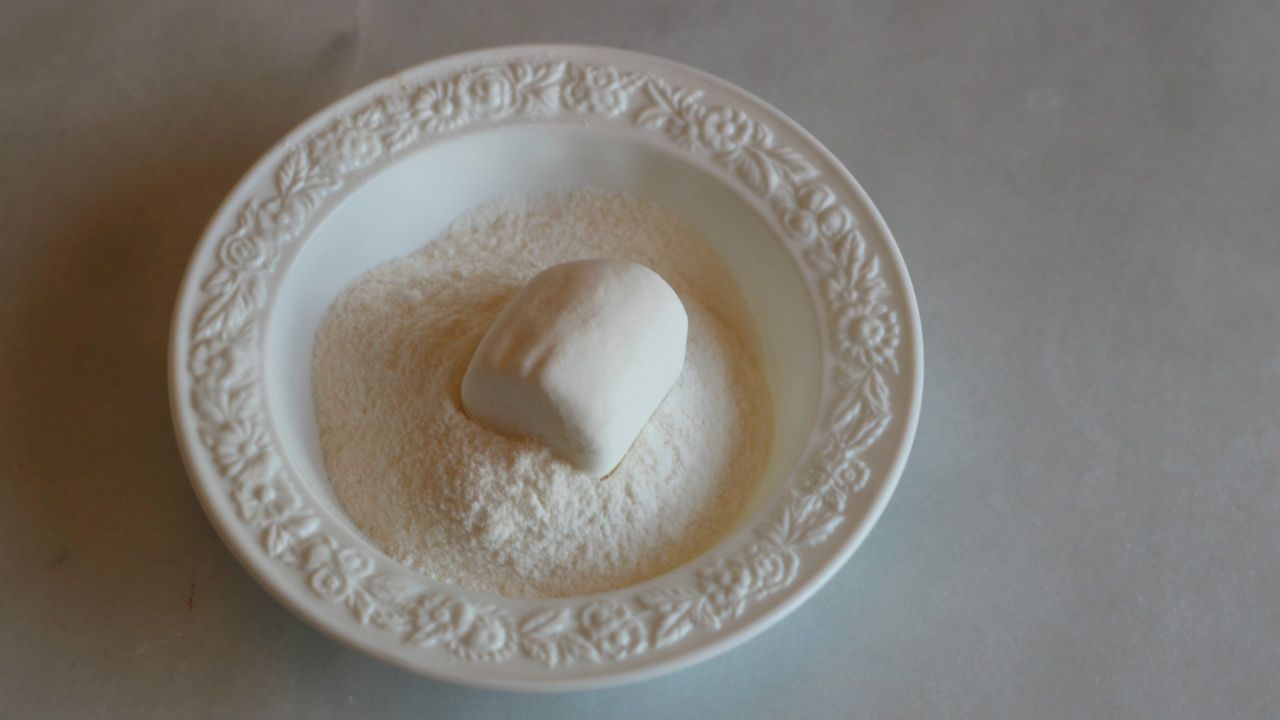 I tried patting unadulterated rice flour on my face as a powder, paying particular attention to the T-zone, but that didn’t go so well either. I also tried the “contouring with cocoa” trick which, while very fun to say, did not give me the Kardashian-esque cheek bones I was hoping for. (Spoiler alert: I don’t have any cheekbones in my face.) 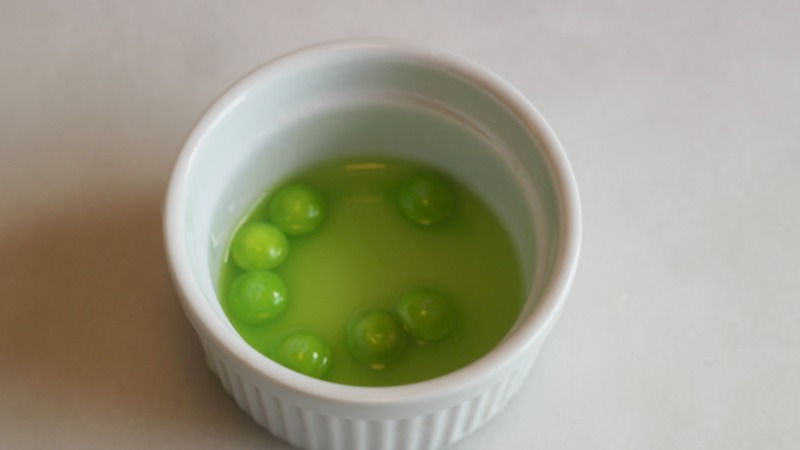 Yeah uses a combination of instant coffee, her co-worker’s hair, pens, Skittles and — once again — sticky rice flour to get her eyes sparkling. I skipped the hair eyelashes — even though Beth offered to send me some of hers — because they just looked a little too advanced for me to pull off, craft-wise. I tried everything else though, smearing coffee in my eyebrows (which actually worked OK) and lining my eyes with pen.

Pro-tip: Do not freaking line your eyes with a pen. Pens are sharp and dirty, and do not belong near your eyes. Did I know this going in? Yes, but I’m a trash panda who will do anything for a bit, and you’re better than that. 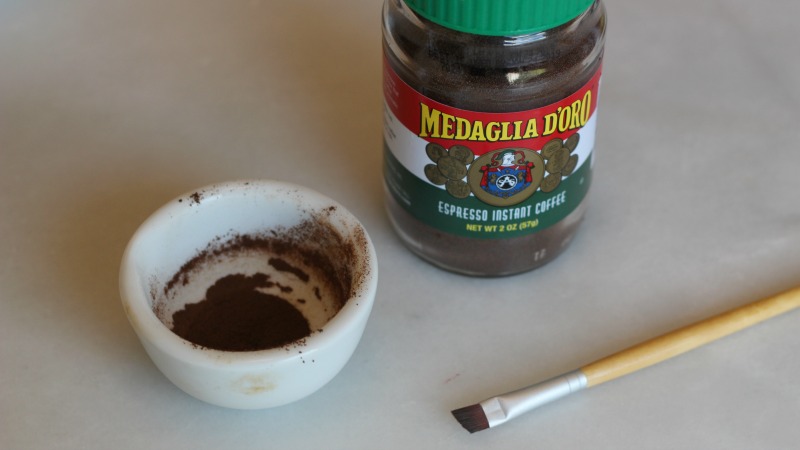 I ground it up a bit so it would disperse better.

I ground it up a bit so it would disperse better.

I didn’t make a whole palette like Yeah does in her video, but instead focused on a single colour: A nice, whorish lime green. I soaked some green apple Skittles — thank Dog lime is coming back — in a bit of water until all of their glorious colouring was depleted, then mixed that sugary water with some rice flour to make my shadow. It was pretty enough but, when I tried to rub it on my eyes, it just rolled up into little crumbs and fell from my lids onto the rest of my face. 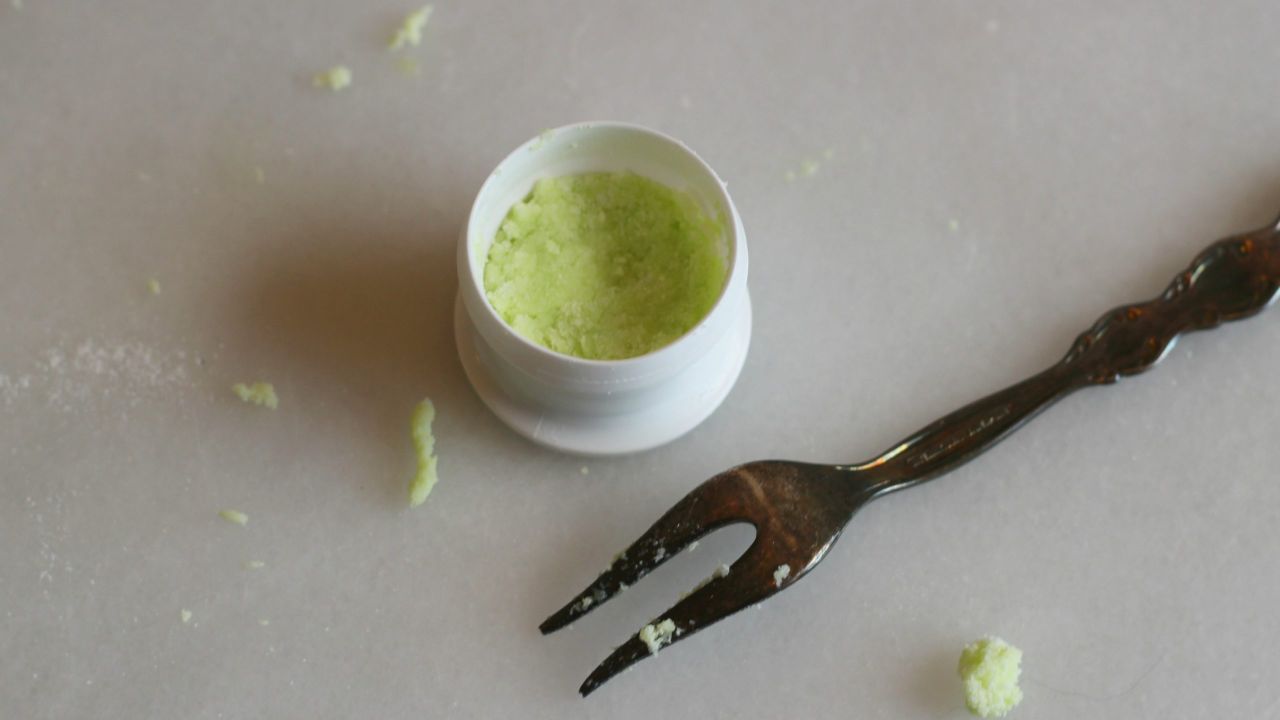 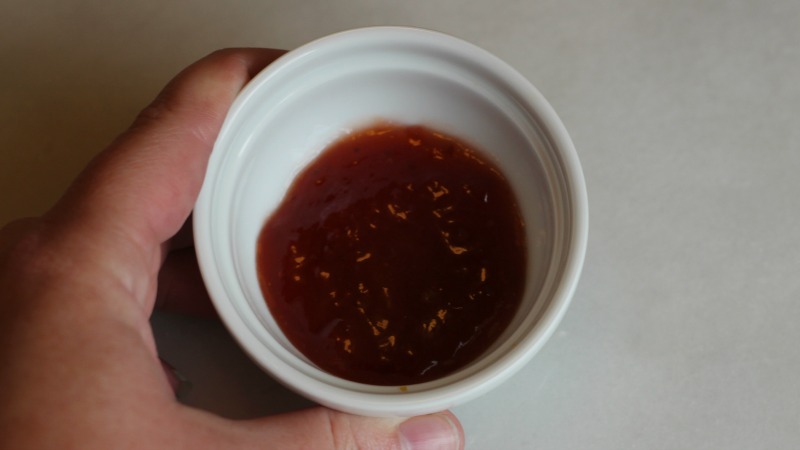 To get a pair of pouty lips, Yeah combined dragonfruit juice with some sort of ketchup-looking substance. I couldn’t find any dragonfruit, but I had some strawberries on hand, so I mashed them up and mixed them with ketchup. I then rubbed the foul mixture on my lips, trying not to gag all the while. The impromptu pout paint certainly made my lips look red and shiny, but it didn’t have a ton of staying power, and it made them taste like ketchup, which I did not enjoy even a little bit.

Out of all the above DIY beauty hacks, the only one that came even remotely close to the real thing was the instant-coffee-as-eyebrow-powder, but even that was a little janky looking. Maybe it’s my technique though; I’m not that great with makeup.