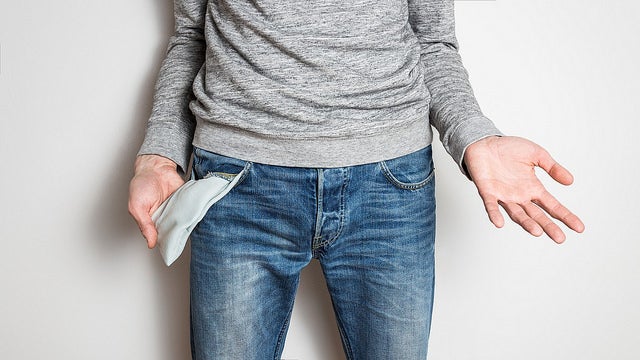 A new poll from Bloomberg suggests that almost half of Americans would have a hard time affording a $100 emergency, like a speeding ticket, medical bill or other unexpected expense. Many Australians are in similar situations as well. Consider the idea that maybe this says less about people’s financial habits than it does the garbage economy.

Stop Blaming It All on Bad Money Habits

People are quick to judge when it comes to just about everything, but money seems to kill empathy faster than any other topic. Have massive student loan debt? You were stupid for going to university. Can’t afford a house? Shouldn’t have bought that avocado toast. Don’t have a job? You must be lazy.

None of that could possibly have anything to do with the fact that, for years now, wage growth has been stagnant and the job market has been unstable — when asked how they get paid, a quarter of those polled said, “it depends on the week.”

Bloomberg’s poll also found that 28 per cent of respondents were worried about being able to pay for a mere $10 emergency. In Australia, almost one in eight people has less than $100 available for an emergency. At this point, are we seriously still going to blame avocado toast?

That said, if you’re one of the many who struggles to afford a $100 emergency, you need an emergency fund more than anyone. The trouble is, people blame your bad financial habits, which is completely discouraging and likely only makes you want to give up altogether — don’t! Here’s some judgement-free info on what you can do when you’re strapped for cash and an emergency arises.

When You Have An Emergency Fund, You Have Power

When you live paycheck-to-paycheck, you usually feel at the mercy of your employer. If you're lucky enough to have a fair, understanding employer, that might not be so bad. However, if your employer is a jerk or you just don't like your job, you probably feel powerless and stuck. Here's how an emergency fund can help with that.

The Best and Worst Options for Financing an Emergency

Here are the worst options for financing an emergency:

And here are some better alternatives:

Seriously, if nothing else, just stay away from payday loans.

Why You Need an Emergency Fund

Ultimately, of course, you need an emergency fund. This is easier said than done, but consider this: An emergency fund gives you power and control over not only your finances but many other aspects of your life, too. (Here’s some recommended reading: A Story of a F**k Off Fund.) When you have that money saved, you’re less likely to make rash and desperate choices. For once, you’ll have some breathing room in your life.

If you have to build an emergency fund from scratch, it’s best to start small. (Here’s how I did it. I’m not saying what worked for me will absolutely work for everyone else, but it may help.)

Most experts recommend saving between three to six months’ worth of living expenses, but if you’re struggling just to get by, this probably seems like a pipe dream. Instead, make that $100 your goal and look for ways to save a few bucks here and there, wherever you can find the cash. It might mean picking up overtime, selling some stuff, or looking for ways to save on each and every one of your monthly bills.

Ideally, you’ll keep your emergency fund in a separate savings account so you can’t touch it, and while some banks require a minimum balance to keep your account open, many of them don’t. Remember to check that those banks don’t charge monthly fees.