Business Insider’s 100 Coolest People In Tech does exactly what it says on the tin. It profiles Australia’s 100 most intriguing tech personalities – from the smallest startup to the largest enterprise. Everyone on the list shares the same core traits: they’re successful, innovative and just plain cool. Here are the Top Ten.

If you work in Australian IT, Business Insider’s 100 Coolest People In Tech (presented by Braintree) is well worth a read – if only to see if your organisation’s CEO made the cut. For those who don’t mind spoilers, we’ve excerpted the top ten below.

As you can see, the winners come from every sector and industry imaginable; from big banks to fast food. (Note: We realise there are 13 people below. We cheated a bit by lumping co-founders of the same company into a single nomination.)

We highly recommend checking out the full list over at Business Insider – it’s chock-full of inspiring Aussie success stories, tech products we wish we’d thought of and cool managers we want to work for. (Click here to see the full hundred!)

Like a 21st Century Lennon and McCartney, Jobs and Wozniak, or Rogers and Astaire, it’s impossible to separate Farquhar and Cannon-Brookes as one heart and mind at the core of Atlassian’s success. The $US4.4 billion float of the Sydney-based collaboration software group on Wall Street was the most successful tech IPO of 2015. The company’s currently valued at more than $US6 billion.

Atlassian sets a bar for other Australian businesses to aspire to, from sharing the internal insight for running the 300 teams Atlassian has working on the company’s collaboration tools, to its pledge to invest 1% of the company in philanthropic ventures, and its five values, which include “Open company: no bullshit”, and “Don’t #@!% the customer”.

As founders of Australia’s most successful tech company, Farquhar and Cannon-Brookes have become spokespeople for their industry and generation, and fought hard, but ultimately unsuccessfully, to retain the Australian Technology Park as a tech hub before the NSW government sold the 14 hectare site to a consortium led by developer Mirvac and the Commonwealth Bank.

Now, 14 years after the pair began, they have 1400 staff in six locations and this year, beat rival Slack to one-tap video conferencing on its workplace messaging app, Hipchat. 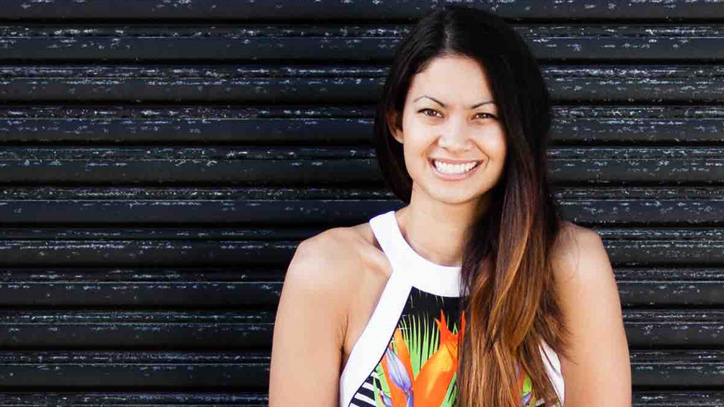 Canva is a cloud-based answer to Adobe Photoshop, offering online tools to make it easy for anyone to do advanced graphic design work.

In the past 12 months, users have jumped from 1.5 million to over 10 million. Its iPhone app was downloaded around 500,000 times in the first month it was available. The company this year closed a $21 million funding round that included money from Hollywood stars Woody Harrelson and Owen Wilson.

Canva has been positioned to take advantage of the explosive growth in visual content on digital platforms like Snapchat and Instagram, and its customers span all sorts of users from marketing managers and social media marketers to small business owners and senior executives.

Perkins thought of the idea at the age of 19, after being frustrated by how time consuming and difficult traditional graphic design programs were to use. She has already founded her first startup at this point, Fusion Books, which helped schools custom design their year books. Nine years later, this Sydney-based company has revolutionised the world of graphic design. 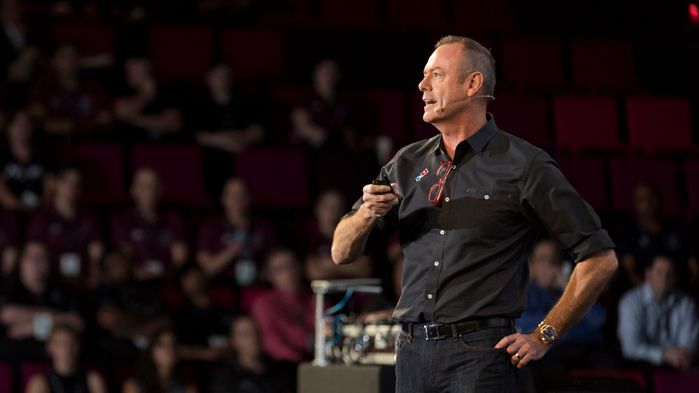 Back in 1987, Meij was a pizza delivery driver who was studying to be a teacher. Over the following three decades he climbed the career ladder to not only become the CEO of one of the biggest pizza chains in the world, but to ensure that one of the constant toppings was innovation.

Domino’s has transformed, however, into a tech company. It has a suite of consumer tech products that is constantly in a state of evolution – like one-touch app ordering and real-time GPS pizza tracking – but the company’s shares are priced like a tech company too, trading at an eye-watering P/E ratio of more than 70 while the broader market is trading in the mid-teens.

The huge development this year was Domino’s announcing a partnership with drone specialists Flirtey to debut the first commercial model for drone pizza delivery. This could revolutionise the concept of fast food delivery. Regular deliveries are expected to start in New Zealand next year and if it works, it’s the kind of thing that could change an industry around the world.

It is not missed on Meij that what he’s doing could make entirely redundant his first job at Domino’s as a pizza delivery guy. But he believes the vast infrastructure required to support automated delivery of pizzas would create an entire new wave of better jobs to replace them. 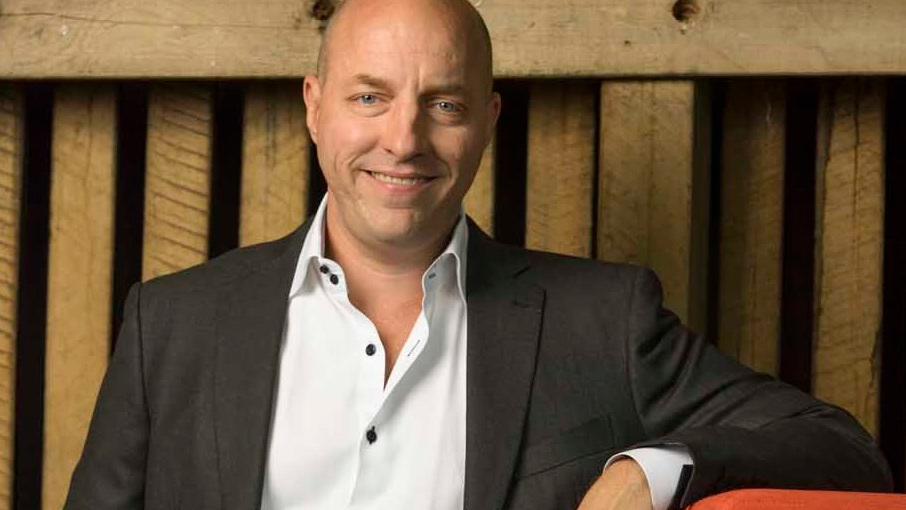 It’s been a milestone year for the world’s largest online freelancing and crowdsourcing marketplace, Freelancer, and its bellicose CEO and founder Matt Barrie. The business hit 20 million registered users and 10 million projects, while making the top 10 in the Stevie Awards, one of the world’s premier business awards competitions. Barrie heads to Rome next week to collect his accolades.

Freelancer, which now has more than 20 million users worldwide, posted a 56% increase in net revenue to $26.2 million in the first half of this year. It had more than $35 million in cash on hand to fund further expansion.

As his business thrived, Barrie also found time to take on NSW premier Mike Baird over Sydney’s controversial lockout laws in a vociferous campaign that attracted a strong following, as well as running StartCon 2016, Australia’s largest startup and growth conference.

Meanwhile, recognising that one-fifth of the online world is in China, Freelancer added the yuan to its roster of supported currencies, as well as Chinese payment gateways Alipay and UnionPay. Last year, it also acquired the California-based online escrow service company Escrow.com, which counts eBay, GoDaddy and AutoTrader.com among its partners. 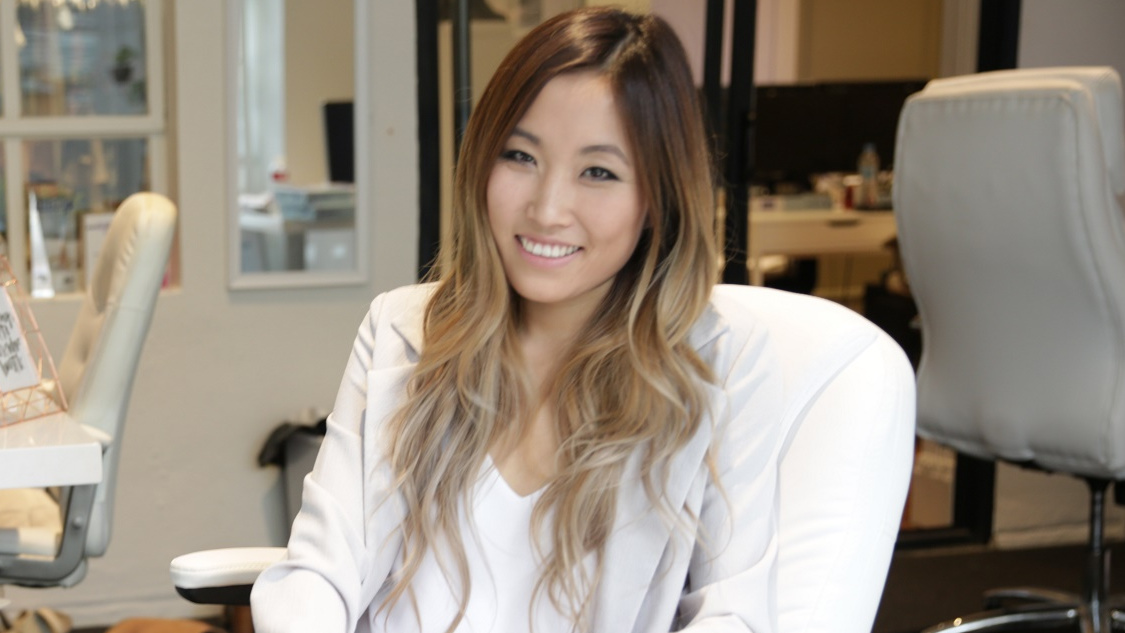 Lu’s brainchild is Showpo, a Sydney-based online fashion retailer. It’s still relatively small operation but is growing quickly and into new markets. In September the business hit a $25 million run rate with 35% of sales now to customers outside Australia. It has also launched a business-oriented channel called Executive Ponies, perhaps recognising that its loyal customers are starting to advance in their careers.

Lu, an indefatigable character who once quit a corporate career and spent six months hiding it from her family, aims to build Showpo into a $100 million business by 2020 with no external funding.

As a core part of its growth strategy, Showpo built a social media community of more than 2.2 million followers and plans on expanding its team to 20 permanent staff members. Showpo crossed a million followers on Instagram and has more than 722,017 fans on Facebook, while its online store is now dispatching over 20,000 orders per month.

She is also a founding member of the social club for female entrepreneurs, ‘Like-minded b***ches drinking wine’. 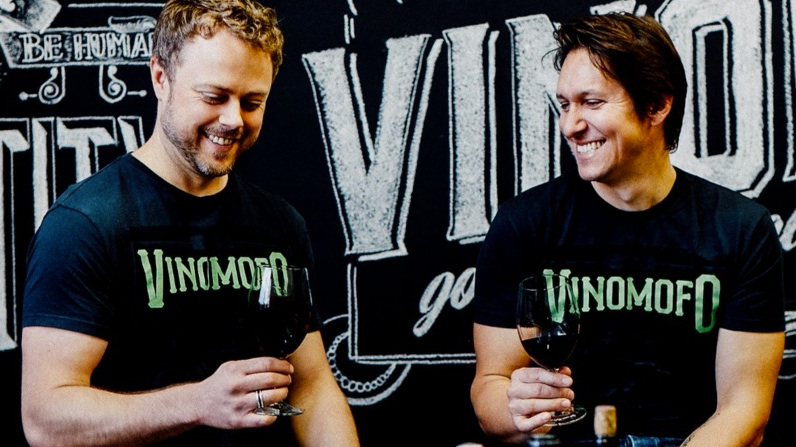 Eikmeier is the co-founder of Vinomofo, an Australian boutique wine e-retailer, which launched in 2011.

In April the business raised $25 million from Blue Sky Venture Capital, the single biggest funding round raised by an Australian tech start-up that did not have the assistance of an overseas investor.

In the 12 months to April, Vinomofo had also doubled its turnover, and was on track to surpass $50 million in annual revenue for the financial year.

Following the huge success of the launch and more than 14,000 new New Zealand members, Vinomofo opened its virtual doors in New Zealand for good.

The launch is part of the broader roll-out a ‘lite’ version of its business model. It plans a launch into Singapore as its second international market before the end of the year, followed by Hong Kong, China, the US and UK. The company has hit an annual run rate of $60 million. 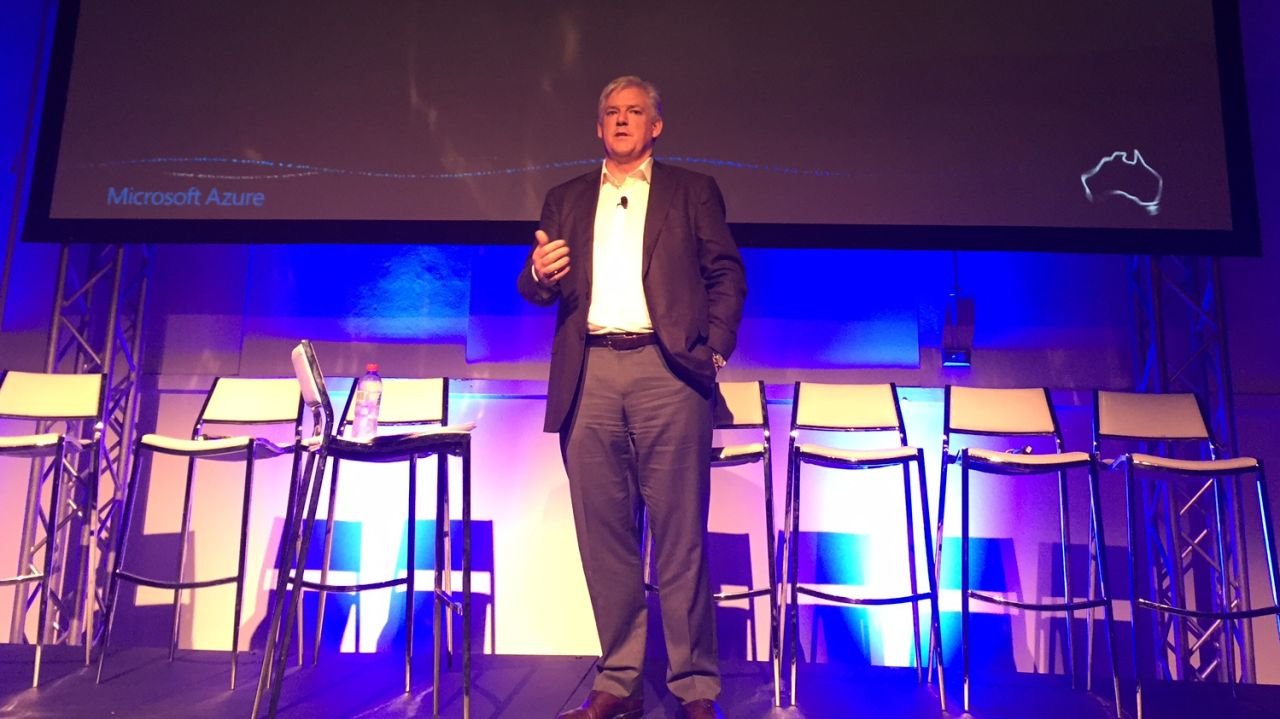 Delivering market-leading innovation is an immense challenge for long-established, heritage businesses. While CBA has an edge in the sector in terms of its digital customer offering, it has also been working on some remarkable innovations, including building a working blockchain, the distributed ledger technology which many believe will transform institutional finance. David Whiteing leads all that activity as the bank’s CIO.

The bank has been rolling out a payments platform, Albert, which has seen rapid uptake by small businesses. As an executive at a blue-chip listed company, Whiteing is an unusual inclusion on the list but the category-leading evolution of CBA’s technology platform is acknowledged even by rivals. 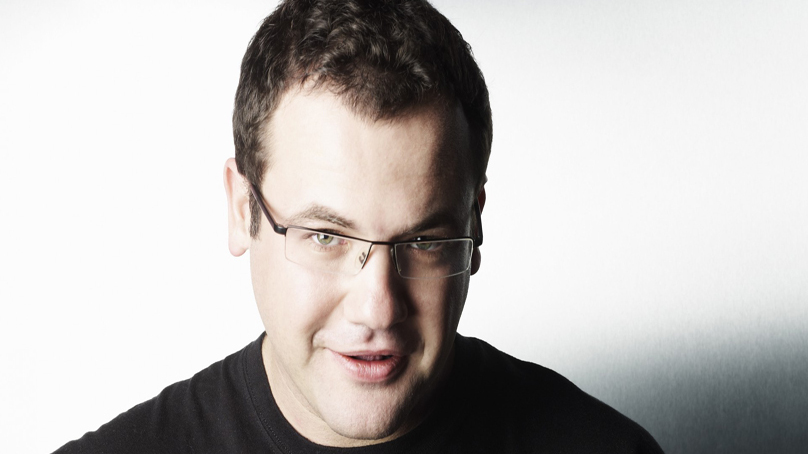 “The internet shatters barriers to entry in industries,” Kogan told Business Insider. “To start the business that I had in mind — cut out the middle man, get a private label that uses the same or similar components to the big brands, and sell it direct to consumer in a way that is more price efficient, is actually possible online.”

Kogan.com’s-2016 IPO was the first time its founder took on equity partners, a somewhat unique situation, which means Kogan still retains 50.5% of the company and his shares are worth roughly $85 million. With his reputation for unexpected decisions – such as this year buying the online component of the dying Dick Smith electronics retail business – he is worth keeping an eye on. 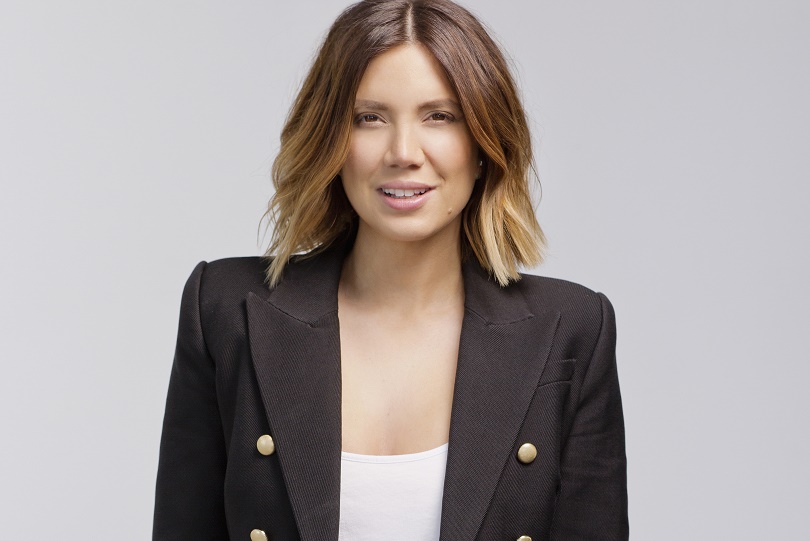 Stevanja is the co-founder and CEO Stylerunner, a pureplay activewear aggregator that’s the first of its kind.

Since launching the business in 2012, it has since shipped to more than 100 countries, built a cult social media community of more than half a million followers, and has a top tier offering from more than 70 curated sportswear brands including iconic major labels Nike, adidas, Reebok, and Puma.

In 2016, Julie launched Stylerunner’s publishing arm, Triple White, to further inspire and inform their social media following of over 500,000 fans.

Julie won the Young Retail Entrepreneur of the Year at the World Retail Awards in 2016. She was also a finalist in CEO Magazine’s Startup Executive of the Year and Veuve Clicquot’s New Generation Award. 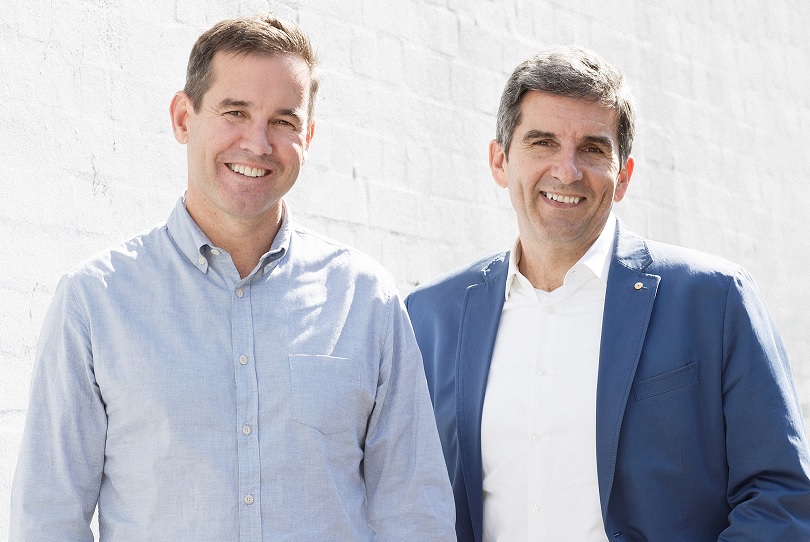 AirTree Ventures announced in September it had completed raising a $250 million venture fund for Australian startups. The pot is claimed to be the country’s largest startup fund.

“If there’s a bigger (Australian) fund, we’d love to know!” Blair told Business Insider, adding that the $250 million was raised in a “matter of months”, courtesy of support from previous investors.

“The fundraising journey didn’t take too long… we were very lucky,” said Blair. “Almost all of the investors from previous funds came back in.”

The company claims two big-name superannuation funds among its new investors and it has investments include Canva, Prospa, and Design Crowd.