How To Cook Frozen, Boneless, Skinless Chicken Breasts Without Defrosting Them

Frozen, boneless, skinless chicken breasts may not be the sexiest piece of meat on the market, but there’s no denying their convenience and affordability. Though they lack pizzazz on their own, you can jazz ’em up without too much trouble. Honestly, my biggest chicken challenge was never getting them to taste good, but remembering to take them out of the freezer the night before I intended to cook them.

Luckily, there are ways around this. You can make a delicious meal with frozen chicken breasts — you just have to know how to approach them, and we have a few strategies you can use to get there. 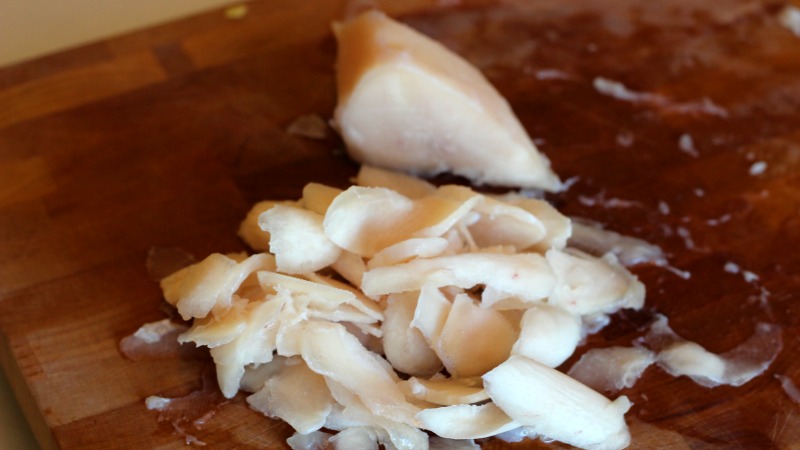 Super-chilled meat is super easy to cut. In fact, popping any meat in the freezer for just half an hour will make it much easier to get those nice thin slices. If the only chicken you have on hand is a frozen breast, take advantage of its icy nature to make a quick stir fry.

First, you’ll need to give it a couple of minutes, just to let it warm enough so your knife doesn’t bounce off of it. Use this sliver of time to slice up some vegetables and get any other ingredients you want to use gathered and ready. 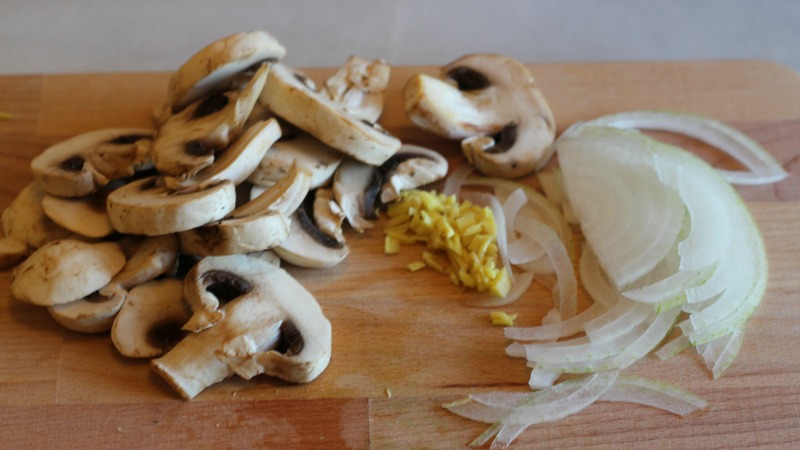 Once the chicken is slice-able, go ahead and cut it super thin with a sharp knife or a mandoline. The chicken will get quite slippery as it defrosts, so wear cut resistant gloves and, if you’re using the mandoline, use the guard once you get down to a smaller chunk of chicken. Once everything is sliced an diced, you’re ready to cook. 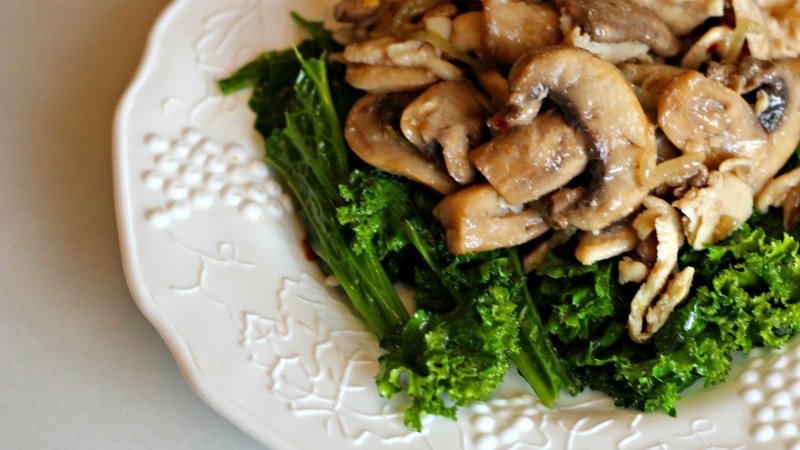 Any stir fry will do, but I like to cook some mushrooms over medium until they start to slightly brown, then increase the heat and toss in the chicken, some onions and minced ginger. Once the chicken is cooked through, I’ll add a splash or two of soy sauce, about half a tablespoon of fish sauce, and a bit of rice vinegar. (I recommend adding little splashes of each, tasting and adjusting as you see fit.) If I want to get really saucy, I’ll toss in a pinch of beurre manie — a paste made of equal parts butter and flour by mass — to thicken everything up. Once your chicken is sauced, serve it over rice, or on a bed of barely wilted greens. (I used mustard greens because it’s what was living in my fridge at the moment.)

Strategy #2: Slow Cook it With Other Tasty Stuff 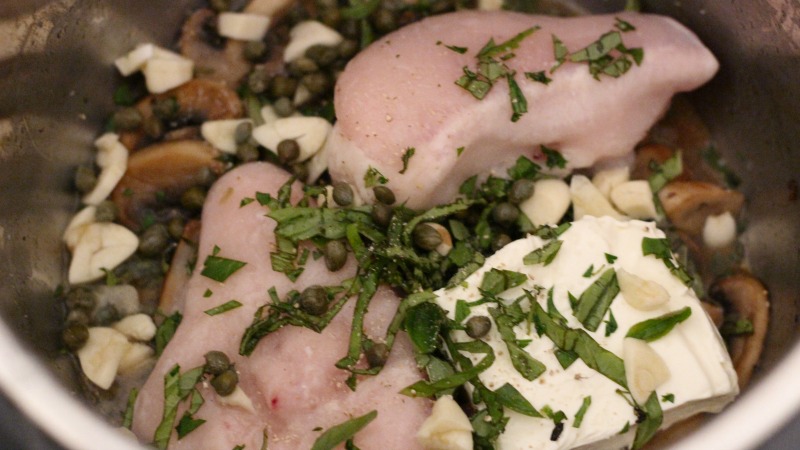 Imagine this scene: You wake up, get ready for work, and head to the kitchen to fix and forget that evening’s meal — only to find you forgot to move the chicken from the freezer to the fridge. Don’t panic, it actually doesn’t matter that much; most slow cooker chicken recipes turn out just fine with frozen chicken. In fact, depending on how long you need to stay at work, it may actually work to your advantage, as the colder chicken will lengthen your cooking time. (A quick note on food safety: Depending on the slow cooker being used, it is possible frozen chicken won’t get up to the safe temperature of 75C as quickly as it usually would, meaning your meal could spend too much time hanging out in the 5C to 60C “danger zone”. If this concerns you, or you’re cooking for people with an elevated risk of food-borne illness, you may want to skip this cooking method and set a reminder to thaw your chicken.)

Let’s be honest: Slow-cooked chicken breasts aren’t usually anything to write home about, especially if you can’t brown them before tossing them into the Crock-Pot due to their frozen nature. This problem is easily solved by making the chicken play second — or like, fourth — fiddle to other, super tasty ingredients, such as cream cheese. (I always feel like using cream cheese in anything is kind of cheating, but if cream cheese is wrong I’ll just sit here and be comfortable with how wrong I am.)

Like I said, you can technically use frozen chicken breast in any slow-cooker recipe, but this is my favourite way to prepare them. In addition to four chicken breasts, you will need:

Cook your mushrooms in a pan until they get some nice colour on them and start to crisp up around the edges — this will contribute some nice umami and that “browned” flavour that we’re not getting from the chicken — then scrape them into your slow cooker, along with their liquid. Throw the rest of your ingredients in the pot, and cook on high for four hours or low for six, depending on how hot your slow cooker runs. I used my Instant Pot, and my meal was done in four. Shred the chicken with two forks, stir everything together to make a creamy sauce, and serve over pasta, rice, or a bed of vegetables. 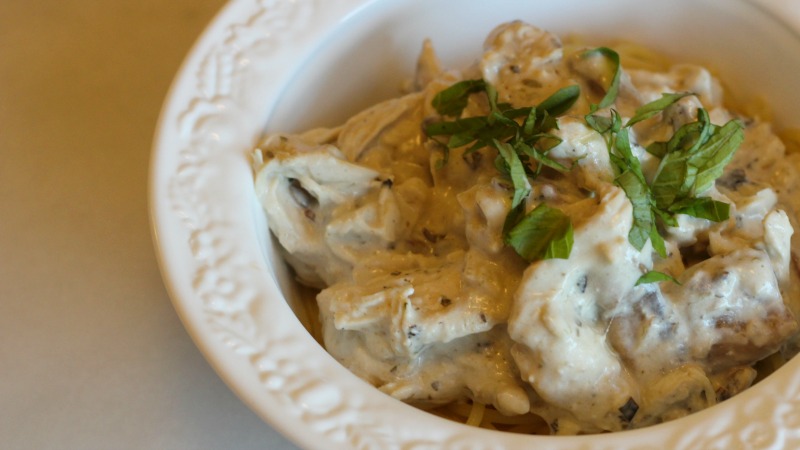 I went with pasta.

I went with pasta.

Top with fresh basil if you are so inclined. 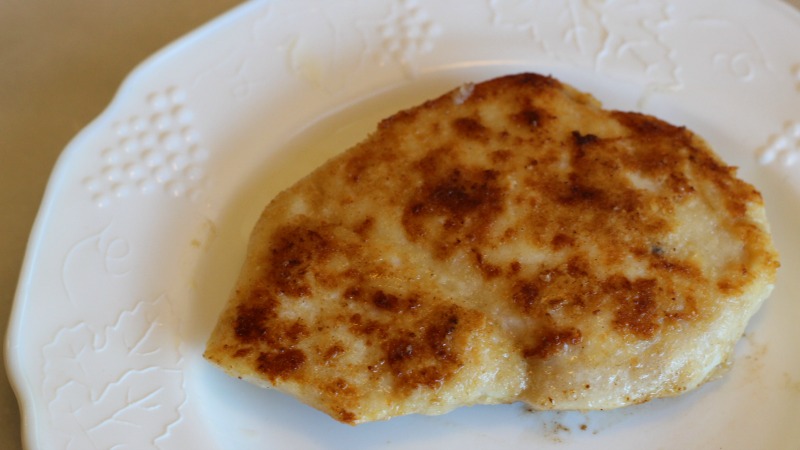 You knew I was going to go there. Actually, you can sous vide any frozen meat; you just have to increase the amount of time your food spends in the bath. To adapt your cooking time to account for your frigid chunk of chicken, ChefSteps recommends increasing it by 50 per cent. To get that number, you simply divide your original cooking time by two, then add that to your original cooking time. For example, I usually cook my chicken breasts at 60C for an hour and a half (90 minutes). Half of 90 is 45, so my new cooking time is two hours and 15 minutes (135 minutes).

Once you have the question of time answered, you can prepare your chicken as you normally would. Boneless, skinless breasts don’t have a lot going on, fat-wise, so make sure you put some oil in there, along with salt, and aromatics such as garlic and herbs. I seasoned mine with salt, then threw in a couple of pats of butter, along with a clove of chopped garlic and a healthy sprig of rosemary. 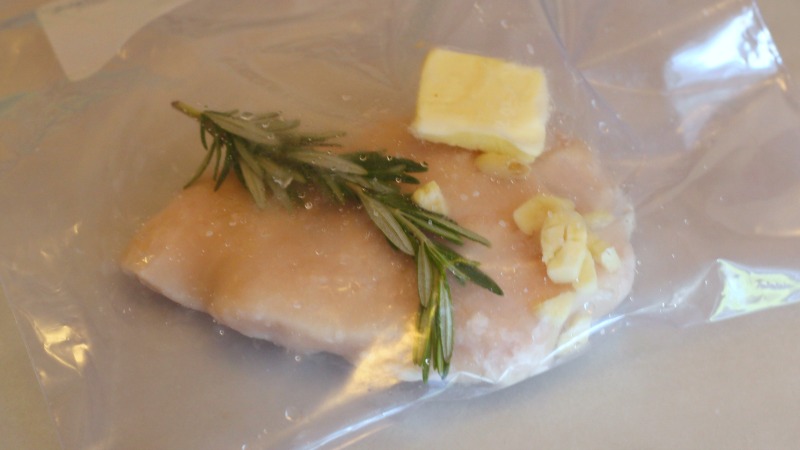 Once it had hung out in our little hot tub for its allotted spell, I needed to get a little colour on it. Since there’s no skin on these things, I decided to give them a quick dredge in flour, to facilitate browning and add a little texture. I gave the floured piece of meat a quick sear in the pan, and was rewarded with a tender, juicy and flavorful cutlet. 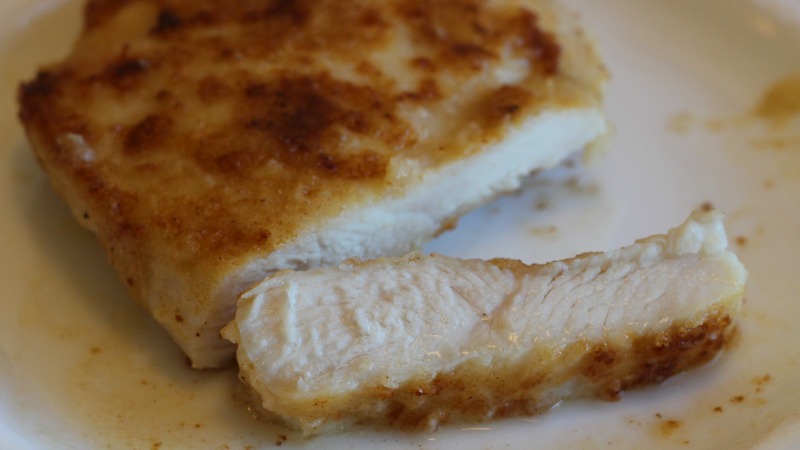 How you wish to serve a juicy chicken breast is up to you, but there are obviously a lot of options. I ate mine accompanied by nothing while standing at the kitchen counter, but you may want to be a little more civilised and make a side salad or something.