Ask LH: I Want To Write iOS Apps, Where Do I Start?

Dear Lifehacker, I have a little background in coding, and I’d like to make an iOS app. I’m just not sure where to get started or what tools I need. Where do I start? Thanks, App Store Amateur

If you’re versed in coding, you’ll need to become familiar with Apple’s development tools and their guidelines. Apple is known to restrict apps for all kinds of reasons, so it’s good to know what you can and can’t do before you start.

We’re not going to walk you through the entire process of making an app — that’s far too much information for this post. However, we will get you set up with the coding environment, point you to Apple’s guidelines, and give you a few resources to help you learn Apple’s different languages for iOS.

Xcode, Swift and the iOS SDK Apple’s IDE (integrated development environment) for both Mac and iOS apps is Xcode. It’s free and you can download it from from Apple’s site. Xcode is the graphical interface you’ll use to write apps. Included with it is also everything you need to write code for the OS with Apple’s new Swift programming language. It’s also only available for Mac, so if you plan on making iOS apps, you’ll need to be running OS X.

While Apple is pushing Swift pretty hard these days, you can program iOS in any number of languages, including Objective-C. Which you decide to use it really up to you, but here are a few guides, classes and tutorials to get you started:

That should get you set up with your development tools and give you a good grasp on how things work on iOS. 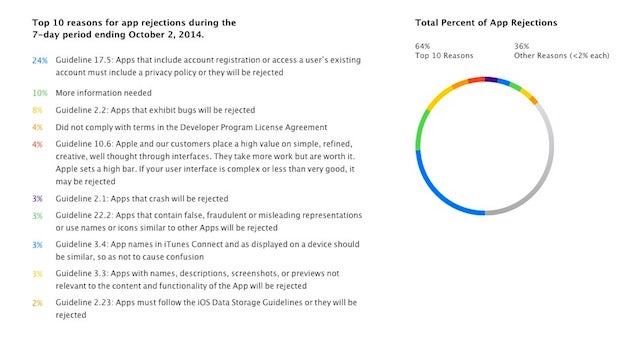 It’s no secret that Apple’s App Store Review Guidelines are incredibly strict. Apple has a very specific view of what apps will be allowed in the store, so it’s useful to get to know the rules before you even try to build your app. If you don’t, you might spend your time producing something that Apple won’t allow into the App Store.

When you finish your app, you’ll submit it to the App Store and it will be reviewed based on a content, design (more on that in the next section) and technical details. So, head to the Review Guidelines page and get to reading. Apple also has a list of the common reasons apps get rejected here. Typically, it’s because of crashes, broken links, advertisements or incomplete information. Apple is also known to block apps that include any type of adult or political content.

Likewise, many of Apple’s APIs have their own set of review guidelines. So, if you’re going to integrate your app with HealthKit or Apple Pay, it’s good to get to know those as well. Here they are:

Keep in mind that Apple tends to be very conservative with its app review process. Chances are, if you’re contemplating something even remotely risqué, it will be rejected, so be mindful of that before you start making your app.

Beyond Apple’s review guidelines, there is also a set of design and interface guidelines. Apple wants all the apps in its store to have some type of consistency, and while this doesn’t have to mean good design, it does mean apps use the same basic UI elements.

To get a grasp on this, check out Apple’s Human Interface Guidelines page. Here, you’ll find the basics of what’s required in both apps and icon design. Apple also has a set of Do’s and Don’ts that summarise that massive guide so it’s easier to get started.

Thankfully, Apple doesn’t leave you totally in the dark on how to make a well designed app. Here are a few resources to help you design something worthwhile:

You can also find plenty of resources online to help improve your design chops.

Register For GitHub And TestFlight 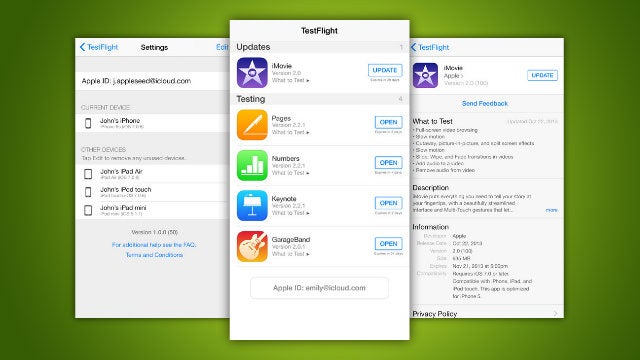 Unless you’re some kind of super-genius, you don’t want to create your app in a bubble. Instead, it’s good to get other people to look at your code and invite beta testers to try your app out.

GitHub is the go-to for software versioning and collaborative work. Once you register for GitHub, it’s incredibly easy to link Xcode into it so everything you do is saved and accessible by other people on your team. If you need a little help setting up GitHub, the service guides walk you through the process.

Likewise, beta testing is also incredibly easy in iOS 8. Using TestFlight, you can simply invite users to your team so they can test your app. They will just need to download the TestFlight app.

Developing for iOS is really all about familiarising yourself with Xcode. Once you’re comfortable there, you can write your app in a wide variety of languages or take a stab at learning Swift. As you move along to actually writing that app, you’ll certainly need to dig up answers to more specific questions, but the tools above will get you started on the right path.