Zoho Notebook Is A Card-Based Evernote-Alternative For Android, iPhone And Mac 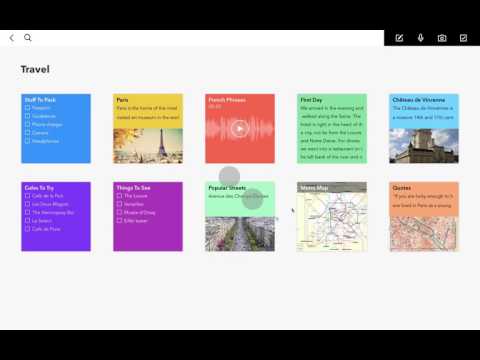 Zoho Notebook reminds me of a combination of Paper and Google Keep. You start by creating notebooks that resemble physical notebooks. Inside those notebooks are cards. Those cards can be lists, drawings, maps, images, audio or web clippings. You can stack cards on top of each other to form groups or leave them as individual pages. Zoho is typically known for its corporate tools, but the Notebook apps are far from what you think of when you think of corporate apps. The mobile apps were introduced midway through last year, but since then they have matured into something much more usable.

Today, they have introduced the Mac app, which should prove useful for a small portion of desktop users, though it’s still lacking a Windows app. Regardless, it’s free and worth a look if you’re still not satisfied with OneNote or Evernote.