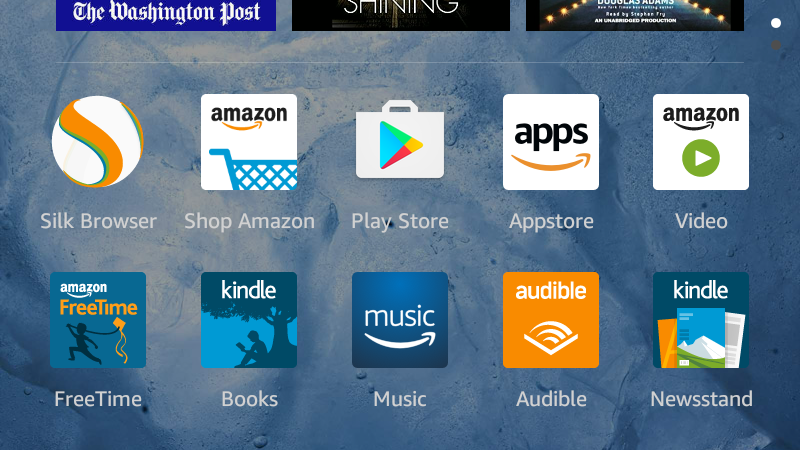 Kindle Fire tablets are some of the best, cheapest Android tablets around, but they’re limited to Amazon’s app store, which is more than lacking compared to the thousands of apps available on the Google Play Store. With a little tweaking, though, you can run any Android app on them. You can even get the entire Google Play Store on some devices.

Amazon’s Fire tablets are based on a de-Googled version of Android, but under the hood they’re still pretty similar. This makes it pretty easy to install Android apps on your tablet, but some ways are easier than others. We’re going to cover two ways to do this. Method #1 involves downloading Android APK installer files and installing them directly. Method #2 will install the entire Google Play Store, which you can use like you would on a normal Android phone. This method is a bit more complicated, but it will make it much easier to install any app you want. Plus it will give you the Google Play Services that you’ll need for most Google apps. Here’s what you’ll need for both methods:

The process may be slightly different, depending on your device. Let’s get started. 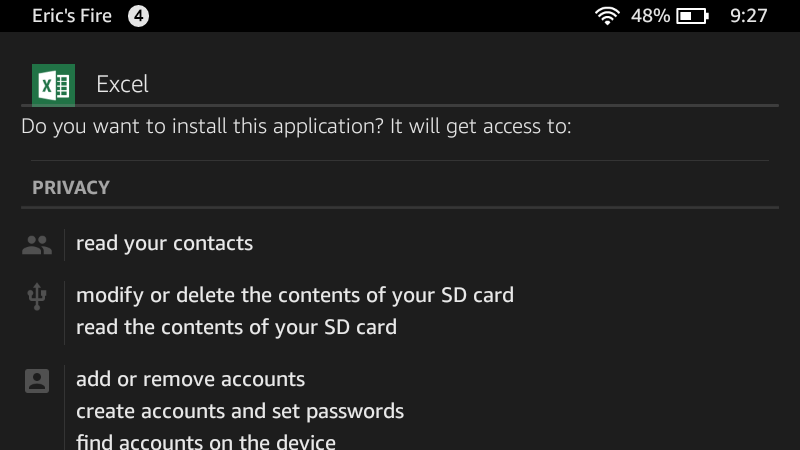 Since Kindle Fire tablets run a version of Android, you can manually install Android apps. First, you’ll need to tweak a setting so you can install apps from outside Amazon’s app store. To get started, follow these steps:

After that, you can install any app’s APK you want, like the official Gmail app, Google Maps, or even Pokémon Go (assuming you have a model with GPS). First, you’ll need to find some. Free apps are easy to find around the web, but paid apps come with copy protection, so the easiest option there is to buy the app and install it on another Android device first.. Here are a few ways to get the ones you’re looking for:

Once you’ve downloaded an APK file, you should see a notification in your shade that says your download is complete. Tap it to install the file. If you missed the notification, open the Silk Browser app, tap the menu button and tap Downloads. You should be able to find your APK file there.

This method will work sometimes, but keep in mind that a lot of apps require the Google Play Services framework for critical features like location services, account login, and payment tools. Some, especially Google’s apps, won’t even install or launch without this framework installed and running first. If an app you need is broken or won’t launch, try installing the Play Store with method #2. 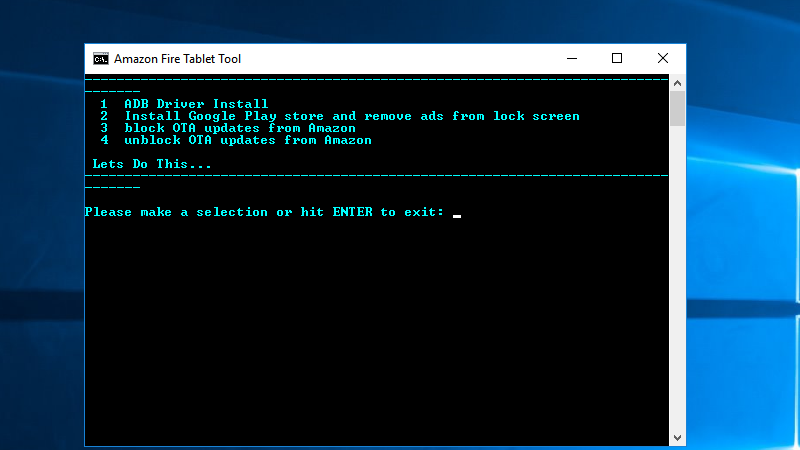 Installing the full Google Play Store is the best way to get Android apps on your Kindle tablet over the long term. You don’t have to download them one at a time, and anytime you need to install one, you can just open the store and grab it. You’ll also get Google Play Services, which means more apps will work with it. However, this method is also more complicated, and you’ll need to be comfortable with the command line.

You should also try to do this as early as possible if you have a new Fire tablet. Amazon automatically applies system updates when you’re not using your tablet, and this method may not work with newer versions of Fire OS. Fortunately, RootJunky’s tool can block future updates, but it’s best to get started with a fresh device running 5.3.1 or earlier if possible. Mine worked on version 5.3.2.1, but future updates may break this tool. If you already have a tablet or if it’s already updated, give it a shot, but you might encounter some bugs.

To get started, you’ll need to enable developer options. Here’s how:

For the next part, you’ll need to have ADB installed on a Windows PC. Find the RootJunky SuperTool you downloaded earlier (if you’re running 5.3.1 or later get it here, for older versions get it here) , then follow these steps:

You should now see the Play Store listed in your apps section. The first time you install an app that uses Google Play Services, you’ll get a notification to download that as well. Once that’s finished, you can download any app from the store just like it’s a normal Android device.

However, you may notice a few bugs. In my testing, I found that Gmail and Google Maps worked fine, but Inbox crashed as soon as I opened it. Also, even though I was logged into my Google account, the Play Store didn’t recognise some paid apps I already bought. Your experience may differ depending on which device you use and which version of Fire OS you’re running.

The Kindle Fire tablets are powerful little devices that are dirt cheap. Even if you bought yours just to read books, the Play Store will unlock a lot of potential you never knew was there. Enjoy your new, more powerful tablet.