Money Anxiety Is Real, So Don't Be Afraid To Talk To Someone About It 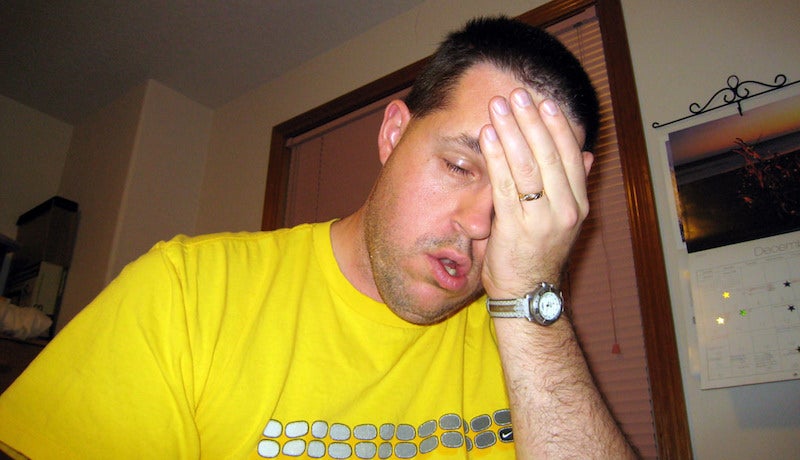 Money is just a tool, but it's hard to see it that way sometimes. Money is a top stressor for a lot of people, and the fact that it's such a taboo topic only makes the stress worse.

As LearnVest points out, the American Psychological Association's annual Stress in America survey has found that stressed caused by money problems can have a big impact on both your mental and physical health. A study from Northwestern University found that participants with higher debt had more depressive symptoms and higher blood pressure. They reported:

Talking isn't going to magically erase your financial problems, but it can help you cope. Dr. Mary Gresham, a psychologist who specialises in financial anxiety, told LearnVest:

"Social support is one of the biggest stress-management tools that we have," Gresham says. She suggests hooking up with like-minded people via digital support groups or online sites where people unload their fears and share tips about getting a handle on their finances, she adds. That sense of community, even if it's anonymous, can be enormously comforting and reminds you that you're not the only one staying up at night panicking about bills.

If you're looking for a place to start, there are a number of Facebook groups dedicated to opening up the conversation. NPR has a group called Your Money and Your Life, for example. Even if it's just a like-minded friend or family member you can trust, it's important to have room to vent about your anxiety so you can keep it at bay. For more on this topic, head to LearnVest's full post below, written for Forbes.

Are You Financially Stressed? 5 Realistic Ways To Curb Your Anxiety [Forbes]