Even so, take another look at the big four there and you’ll see they really fall into two categories: YouTube and Google Play. The real question is where you like to get your music and how you like to listen to it. That will decide which of these two is best for you. Bonus: If you sign up for one, you get the other included in your subscription. 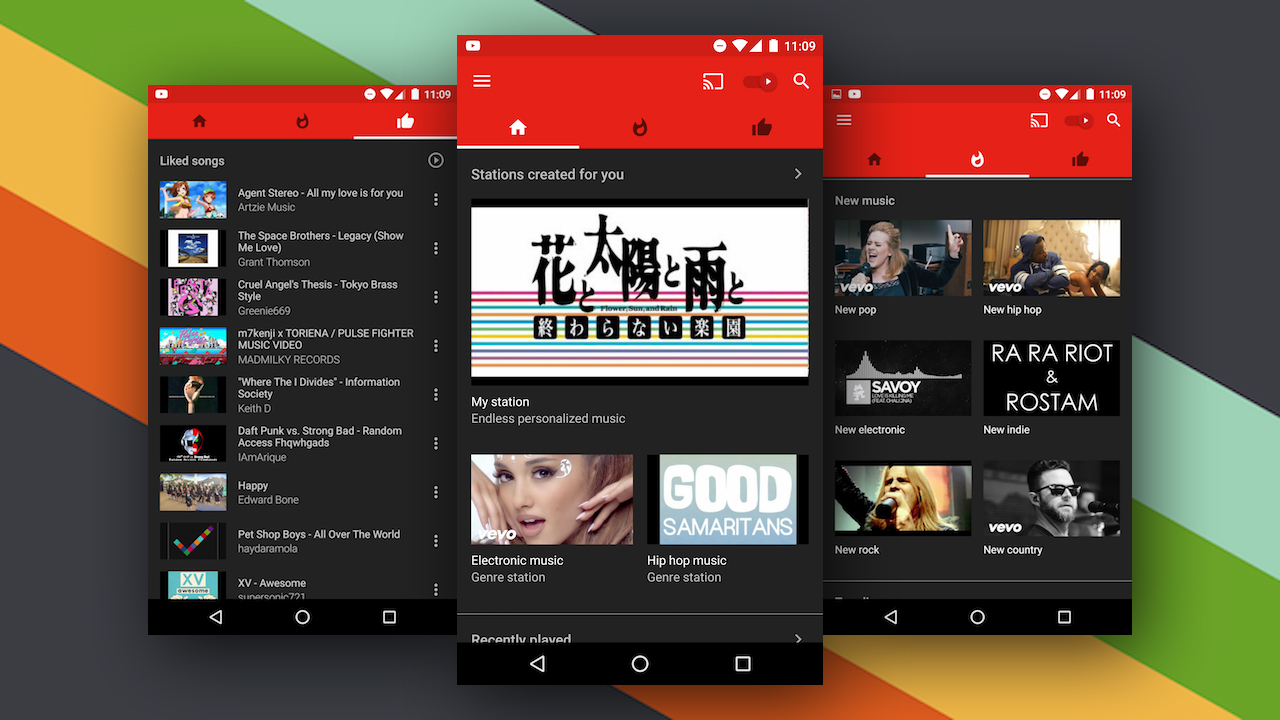 YouTube Red, the $11.99/month subscription service, and YouTube Music, the free playlist streaming app, actually compliment each other. Think of YouTube Red as an umbrella service: One that removes ads (and supports content creators, to an extent) and will offer exclusive videos to subscribers.

YouTube Music on the other hand, is the music-focused, mobile app component of YouTube Red, built specifically for those people who use YouTube as a jukebox for remixes, niche music or playlists. It offers a way to listen audio-only, stream those playlists and generate new ones, seeded from a song or artist you like, on the go. Plus, you don’t need to subscribe to YouTube Red to enjoy YouTube Music. A subscription gets you ad-free listening, offline listening and background streaming, all of which are nice, but not essential.

YouTube Music is for the people who use YouTube as a music service already — and there are a lot of people out there who do. They have already crafted playlists based on their favourite genres or artists, but they have done it by hand. There’s a whole side of YouTube that’s entirely dedicated to music, and not just popular videos posted by VEVO or other official artist accounts. You may have seen what I’m talking about — remix communities like OCRemix who post tracks behind a screen-saver-like animation, whole music-based channels like Artzie Music and electronica powerhouses like ApproachingNirvana and ENM that feature music from various artists, and then the myriad individual bands, DJs and remix artists who post their work to YouTube directly. Currently, you just listen, make your own playlist or use someone else’s. YouTube Music makes it easy to discover these and more, just by seeding a song or musician you already love. Plus, since the app is mobile only, it brings that playlist-focused experience to your phone that the YouTube app doesn’t.

While the two services fit nicely, the YouTube Music app needs work. It’s relatively new, so it will improve, but it’s missing some features like Chromecast support, and it needs to stand out a bit more from the YouTube app itself. I enjoy using it, and I love the playlists it generates and songs it finds, but a cleaner, more discovery focused interface would be nice. YouTube will probably sweeten the pot in the future though, since they essentially give you 14 free days of YouTube Red just for trying out the YouTube Music app.

Google Play Music and the Google Play Store: Stream, Own or Upload Your Own Library and Listen Anywhere 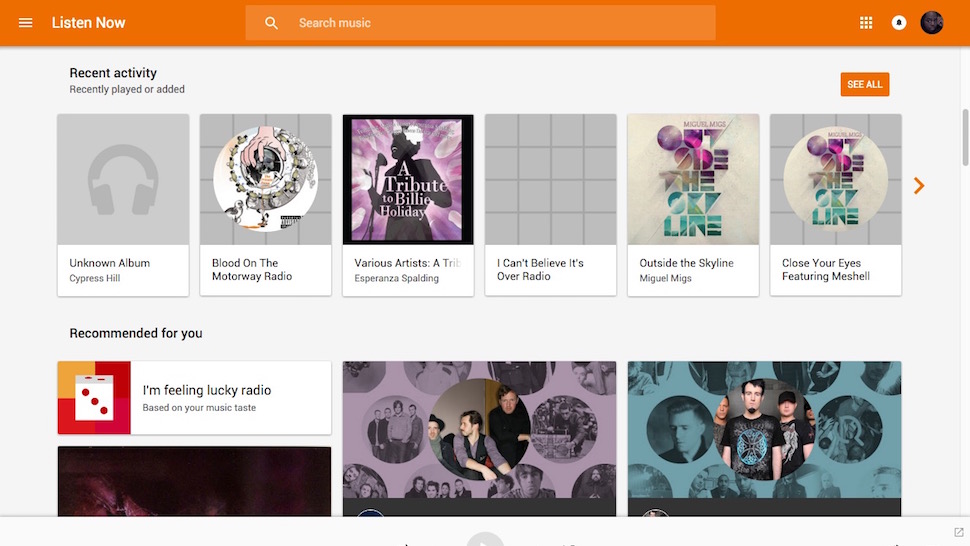 While YouTube Music and YouTube Red are designed specifically for the streaming-only crowd, Google Play Music and the Google Play Store are for people who prefer to own (at least in part) their songs, and for whom interest-based radio is an occasional perk, not a passion. They’re also for people who have their own music libraries already and want to take it with them on the go.

The relationship between Google Play Music and the Google Play Store is a bit more clear because they have been around a lot longer. Google Play Music is the umbrella music service. Google Play Music’s banner feature is its 30 million song catalogue (and growing), and its ability to play host to up to 50,000 of your own songs. It’s a free, cloud-based music locker you use to take the music you own with you — all without paying for or buying a thing. The Play Store is where you buy songs or download the music you get with an optional $11.99/month subscription to Google Play. There’s even a free, ad-supported version of Play Music’s radio, which incorporates songs available in the Play Store that you can purchase a la carte, much like Pandora or Spotify’s Radio. By linking Play Music and the Play Store so closely, Google wants you to upload the songs you want to take with you, listen to them at any time and buy new ones from the Play Store with a single tap. If you subscribe, you get offline listening, not to mention ad-free radio seeded by artist, song or mood.

Considering how easy it is to to make Google Play Music a media player for all of your music, both owned and streaming, new and old, it’s primarily for acquiring, listening to and managing music, with discovering new music (a la YouTube Music) as a feature, not a focus.

That brings us back to our two big choices: Do you sign up for YouTube Red (and download YouTube Music,) or Google Play Music (and buy from the Play Store?) You don’t need to decide, because if you pay for one, you get the other for free.

Put simply, if you already subscribe to a music service, is it more like Pandora or Spotify? Do you prefer more of a hands-on or a lean-back-and-listen experience? Do you prefer niche stuff and remixes, or are you into bigger names? Do you stream only, or prefer to own and listen offline sometimes?

Each service has their own place, and fills specific needs. For music nerds like me, I see both services working for me at different times or different moods, but the bonus there is that subscribing to one gets you access to the other. In any case, you can’t really go wrong with either. Just keep in mind each service’s strengths, weaknesses and, more importantly, how you enjoy your favourite tunes.