Last month, Google introduced YouTube Red in Australia, a paid tier for YouTube that removes ads, among other cool features. I’ve been using it ever since launch day What I thought would be a minor reduction in annoyances actually changed how I view and enjoy the internet.

To say that reactions to YouTube Red were mixed Stupid name aside, that’s not a bad deal.

On the other hand, you’re paying for YouTube. Why bother? It’s free already. Why not just put up with those ads that pop up every now and then?

I have to admit, I’m not generally the type to get so annoyed by ads on YouTube that I hunt down ways to block them. Instead, I usually roll my eyes, maybe let out an exasperated grunt, and then click Skip. If it’s really bad, I’ll pick up my phone and check Twitter for a second. However, I was already paying for a Play Music subscription, so without doing a thing, all my YouTube ads disappeared overnight. That gave me a bit of a wake up call.

You see, ads don’t just show up on your computer. They’re everywhere. When I watch a YouTube video on my phone? Ads. Chromecasting a video? Ads. Watching a music video on whatever DJ site isn’t dead yet? Embedded ads!

However, my YouTube life is now entirely ad free. Looking at it purely from a technical standpoint, YouTube Red removed more ads than an ad blocker, was more reliable, and best of all, it doesn’t use up a metric crapton of RAM that ad blocking extensions do. Paying for an ad-free service is just nicer than blocking ads.

This is the life. More importantly, it’s not much different from what my life was like before. I was already paying for a Play Music subscription. Nothing has really changed for me. That may not be the case for everyone, but I appreciate having the option. As a consumer, I have choice. I can watch ads if I don’t think a service is worth paying for (or if I can’t afford it), but if I want to remove a few annoyances, I can cough up a couple extra dollars. Now I want this option everywhere. 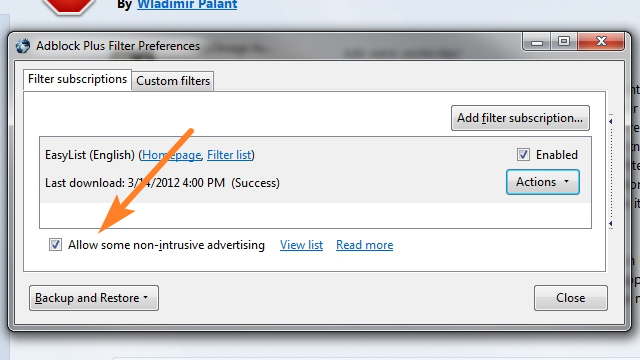 Without even considering matters of conscience, I already convinced myself that going ad-free was a good idea. However, there’s another angle here: people who make stuff you like need to get paid. Ad blocking is a bit of a murky ethical area because ads can be intrusive and even invasive. Even though lots of content creators rely on ads to get paid (that includes us at Lifehacker!), you can’t just say that blocking ads is universally bad. When it comes to services that offer the option of paying to remove ads, though, the issue gets a hell of a lot clearer.

Content creators have to make money somehow. We know from experience that if they can’t manage to eke out a living the respectable way, they might get more desperate. This is why ads get so obnoxious to begin with. Ads that take over your screen, hijack your window, or even ones that are just obnoxiously loud are all attempts to command a bit more of your attention, since they can’t get your money.

A paid, ad-free option is a truce between creator and consumer. It’s a white flag that says “Look, I know ads suck. If you don’t want to see them, you can pay me directly instead, but I won’t force you to do so.” In a weird way, they’re the best possible option in a world that demands endless free content.

The downside to this truce, though, is that there aren’t really any good excuses left to use an ad blocker on services that allow you to pay instead. It’s one thing to block mandatory ads that make a service unusable, or to protect your privacy. It’s another to do it because you just don’t like ads and don’t feel like paying for the thing you enjoy. It’s just like the piracy problem: in some cases there are better alternatives that support the people who make stuff you like, rather than giving them the shaft.

If you’re worried about being tracked online, you can still protect yourself without blocking ads. We’ve covered the best browser extensions that protect your privacy, and how to stop trackers from following you around the web. Protecting your privacy is about much more than blocking ads and, while the two often go hand-in-hand, you don’t necessarily have to do both.

For the larger web, this issue is likely to stay complex for a long time. It’s nice that YouTube and other services lets you to pay a small sum to remove ads, but until the rest of the world catches up, there will still be a market for ad blockers. We’d certainly never say that using an ad blocker is 100% bad. However, if a company is offering you the option of paying to get rid of ads, it’s a good idea to consider taking up that offer. Otherwise the internet could get a lot worse.

This Trend Isn’t Going to Stop, and We All Asked For It 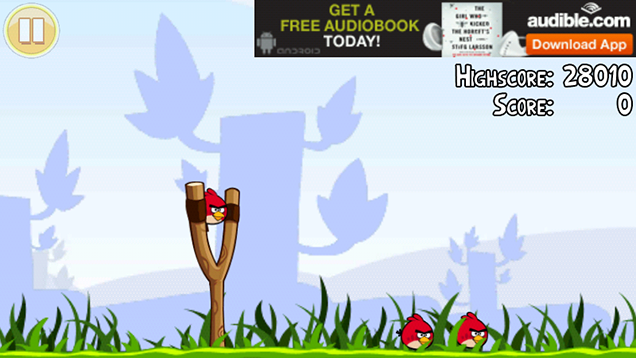 In case you were worried that YouTube would remain anomalies in an otherwise ad-fuelled internet, don’t worry. This trend towards paid models isn’t going anywhere. See, for the last couple decades, all the cool stuff you’ve liked on the internet has been funded in one of two big ways: advertising or VC funding. And both wells are starting to run dry for a lot of companies you might care about.

Advertising is having a rougher go of it after a combination of factors made ad blocking easier than ever. Apple made it easy to create mobile ad blockers on the iPhone, and regular ad blockers are just getting better. This has led to more and more people using ad blockers, which means sites both large and small are looking towards alternative ways to make money.

If a particular company with a free product wasn’t making money through ads, they were probably funded through venture capital. To put it simply, this means that an investor comes in and gives a small company a boatload of money to get started, hoping that they will eventually make money some day. That’s how companies like Twitter could become publicly traded on the stock market without ever actually making a profit. In the early days of the web, this led to a lot of companies that made free products to build a customer base. However, many now-large media companies are reaching the point where they have to make money or risk closing down. Of course, new companies are funded all the time, so it’s not like the internet will disappear and it’s not all doom and gloom. But it does mean YouTube didn’t really have much choice but to start making its own money.

All of this revolves around one simple truth: the companies and content creators you like need to make money. If they can’t do it with mild, unobtrusive ads, they will either shut down or they will have to get creative. Some creators might offer reasonable solutions like charging for additional features or running Patreons. Others may try more nefarious plots like tracking more personal data, using even more obnoxious ads, or resorting to abusive microtransaction systems. By not paying for stuff directly and then blocking the ads that support free stuff, we have made them very desperate. We might not be glad that we did.

There’s some good news, though. As it turns out, there are plenty of people who are willing to pitch in. In 2012, we ran a poll asking if our readers would be willing to pay to remove ads from a service. A full 70.41% of you said yes if the price was reasonable, or if the ads were too annoying. Of course, paying to remove ads isn’t going to work for everyone. Some people can’t afford it, and others just don’t use sites like YouTube enough to justify paying for it at all. Broadly speaking, though, it may be time to rethink how we approach paying for stuff online. We can either pay for stuff with money or pay for it with a little bit of our attention on an ad. Ultimately, this deal is better than some of the alternatives we already have to deal with.

After living for a month in a world where I pay to get rid of the ads on services I like, I can’t imagine going back. It sucks when you’re getting something for free and it either gets worse with ads or starts charging money. The knee-jerk reaction of getting angry or indignant is totally normal. However, I gave it a try and at least in one small area of my life, it’s the experience I always wanted.