Everything Apple Announced At WWDC That Actually Matters

Apple’s WWDC kicked off today with the usual keynote speech, but this one was packed with details about Apple’s next set of operating systems: iOS 10, the new tvOS, updates to watchOS and OS X, now renamed to macOS.

iOS 10 was announced today, complete with a laundry list of changes. As expected, the new version of iOS is coming to iPhones and iPads this spring, and developer betas are available today. Here are some of the biggest features:

Apple Music Gets a Complete Redesign, and a Massive Overhaul

Apple Music is completely redesigned. The app opens to your library instantly, so you can get to playing music right away. You’ll get easy access to your custom-created playlists, the Connect tab, radio channels and a curated list of new music. At a glance, the app seems a bit more sensibly designed in general than it has been, and that’s a huge improvement. 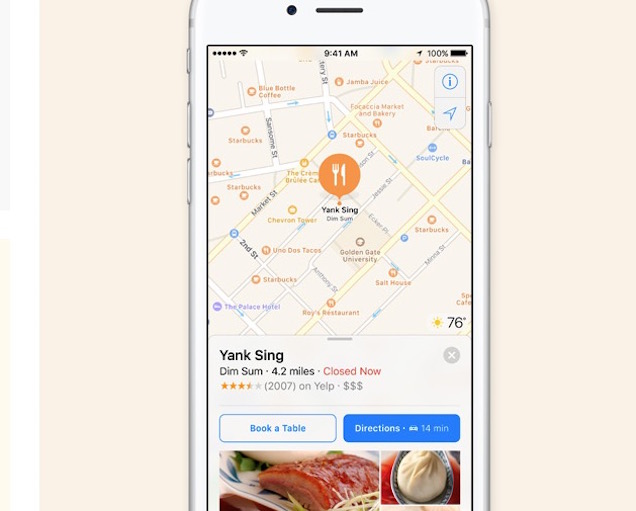 Maps gets some new features, including integrations with the “proactive” features introduced in iOS 9. This means Maps will take a look at your calendar and schedule so it can give you better search results. The map view is much simpler now, integrates petrol stations and you can finally pan and zoom along your route. Developers can now make apps inside access Maps. This means you can do things like book reservations at a restaurant or order an Uber from the Maps app.

Apple announced a surprisingly big update to Messages. Messages now includes rich links, so when you share a URL with a friend it will look similar to a link on a service like Facebook. Emoji are now three times larger and QuickType can predict emojis. You can also now tap words and Messages will instantly replace boring old words with fancy new emoji. Also new are “bubble effects” where the blue bubble in Messages gets effects like smaller or bigger text. There’s a bunch more animated effects you can do with Messages, including ridiculous full screen animations and various video effects. The Messages app is also now open to developers, so developers can make apps for Messages. Apple showed examples of apps to send stickers and a quick payment.

Photos now has a map mode to see your photos on a big map. It also finally gets facial, object and scene recognition so your photos automatically get sorted and easier to search though. All the photos go into automatically generated groups called “Memories” so you can easily flip through photos based on holidays, time with another person and other things. Photos can also now generate short videos of those memories.

Lots of minor updates are inbound as well. Siri can do a lot more now and developers can now access it. This means you can finally use Siri to control non-Apple apps, including messaging, booking rides and workouts. Apple News is redesigned with a new look. You can now subscribe to different magazines, and check out an editor’s list of featured stories. QuickType gets a little bit of an overhaul that should make it smarter. It now uses your location, contact info and scheduling to help QuickType give you actually useful text predictions. HomeKit now has an app called Home that can control a variety of connected devices such as lights, shades and thermostats. Voicemail is now available as a transcription. All VoIP apps can now integrate directly with the Phone function too, so a call from an app like WhatsApp looks the same as a call from a phone number.

The public beta for iOS 10 opens up in July, and it will be available in the spring.

OS X has been rebranded to MacOS. The first iteration is Sierra. It doesn’t bring anything revolutionary to the table, but it does bring along the long-rumoured desktop version of Siri.

Siri Arrives on the Mac

Siri is the big new feature in Sierra. On MacOS, it will function much like a combination of Siri on iOS and Spotlight. You can search for files online and on you computer using Siri, message friends, search for movie showtimes and just about everything else you can do with Siri on iOS.

Everything Else in MacOS Sierra

iCloud Drive gets an overhaul too. Now, your Mac’s desktop is in iCloud Drive, which means you can instantly share every file on your desktop with every other computer you have. There’s also an optimised storage function that deletes old files.

Sierra adds in a new feature for Continuity that unlocks your Mac with your Apple Watch. There’s also now a universal clipboard where copy/paste transfers instantly from iOS to your Mac and vice versa.

Apple Pay arrives in Safari. When you’re shopping online, you can use Apple Pay to securely pay for items when you’re shopping and authenticate with your iOS or watchOS device. There are also some minor updates coming along too, including picture-in-picture mode for video and tabs in every app.

The full version launches in the spring with a public beta opening up in July. 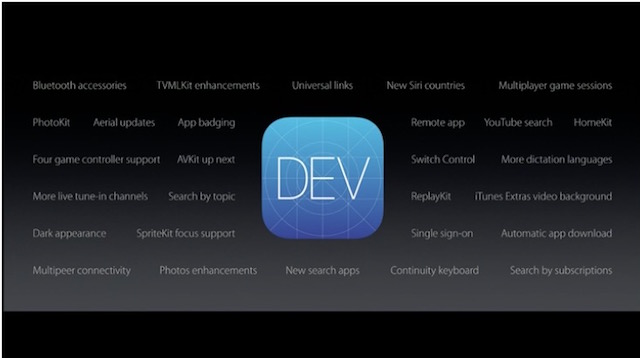 Apple has a few minor updates to its Apple TV operating system. You will be able to use the remote app on iOS to control the TV instead of the Siri remote. Siri gets an update too and you can now search for specific tags, like “high school movies from the ’80s”.

New to tvOS and iOS is “single sign on” which logs you into every TV channel network app at once instead of requiring a code for each channel. The update’s rolling out in the spring.

WatchOS 3 is all about instant information. Your favourite apps can now stay in memory and app updates happen immediately. There’s also now a dock where you can quickly look through your favourite apps. WatchOS 3 introduces a Control Center that’s accessible with an upward swipe. As for messaging, you can now reply to messages by scribbling letters directly on the watch face. WatchOS now has an emergency feature called SOS where you can dial 000 directly from the watch to call for help.

If you’re competitive, WatchOS 3 is adding in competition for activities. You can share your activity with friends to see and compare their workouts. Wheelchair users can also now track activities accurately using a variety of different metrics. Finally, WatchOS introduces a Breath app meant to teach you deep breathing techniques. The update will come to all Apple Watch users this spring.

Swift Playgrounds Teaches Kids How to Code for Free

Finally, Apple’s released Swift Playgrounds, an app that teaches kids how to code using Swift. There’s also a built-in coding keyboard that includes a bunch of shortcuts. The software’s iPad only, but it’s free. It will be available in the spring.