LG, Samsung and HTC have released their new flagship smartphones for the first half of 2016. They’re all pretty great — but which one is best? That largely depends on what you look for in a smartphone. We compare the Samsung Galaxy S7 Edge, HTC 10 and LG G5 to help indecisive Android fans make the right decision.

After years of uninspired upgrades and identikit models, the Android landscape is finally getting interesting again. The latest flagships from Samsung, HTC and LG are not just the same phone with different branding. Each handset has its own unique strengths and weaknesses which makes choosing the right one more difficult than usual.

We’re going to take a look at each in turn — but first, here’s how the specifications compare:

Not to be confused with the similarly named Samsung Galaxy S7, the S7 Edge comes with a larger display, longer-lasting battery and some additional software features. Otherwise, it’s practically a twin to its sibling. It boasts a 5.5-inch 534ppi Super AMOLED display with a native resolution of 560×1440 pixels, a Exynos 8890 octa-core processor, 4GB of fast LPDDR4 RAM, a 12-megapixel rear-facing camera, a 3600 mAh battery and a MicroSD card slot; something that the S6 controversially lacked. It run on Android Marshmallow with Samsung’s TouchWiz skin over the top.

The S7 Edge’s 12-megapixel camera comes with a 1.4um-pixel sensor and f/1.7 aperture lens which translates to highly detailed photos; even in low lighting. Auto focus, which is the setting most users will stick to, is fast and reliable thanks to the phase detection point attached to each pixel.

One criticism that has been levelled at the S Edge is its temperature: the all-glass display has a tendency to heat up when the CPU is under load. It won’t burn you, but it can get slightly uncomfortable; especially on hot days when you’re hands are already sweating. While vastly improved compared to previous iterations, Samsung’s TouchWiz skin can still occasionally get in the way. If you want a lightning quick and bare-bones OS, go for a Nexus. 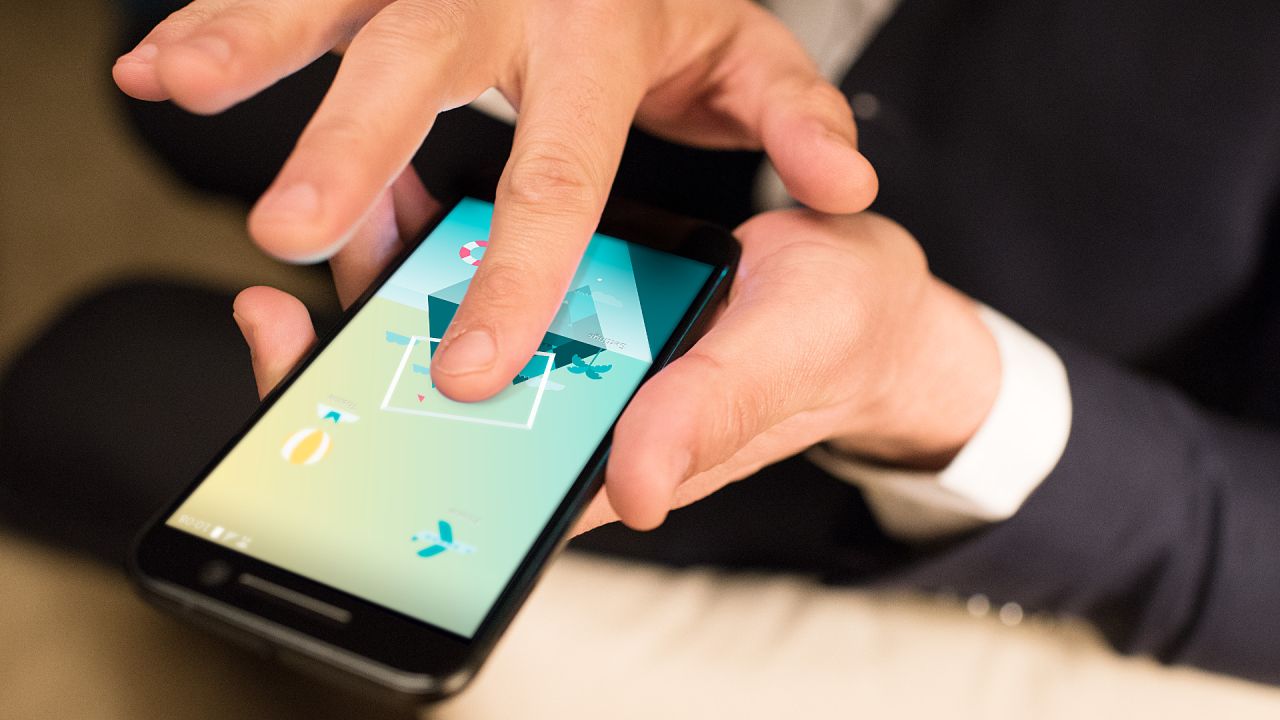 The HTC 10 is a 5.2-inch Android smartphone powered by a current-gen Qualcomm Snapdragon 820 processor and 4GB of RAM running Android 6.0 (Marshmallow). It sports a 5.2-inch Quad HD display with a native resolution of 2560×1440 pixels and a 3000mAh battery that promises to deliver up to two days of battery life. Its Android skin was designed in direct partnership Google, translating to a faster, bloat-free UI.

Other noteworthy specs include a microSD card slot, a customisable audio profile with Airplay certification, a redesigned UltraPixel camera that HTC is billing as the best in the world. (It comes with a 12-megapixel sensor with 1.55um pixels, a f/1.8 lens aperture and optical image stabilisation.) Of the three phones featured here, we prefer the build quality of the HTC 10: its all-metal finish and deep-chamfered edges look and feel great.

The HTC 10 is powered by a Qualcomm Snapdragon 820 quad-core and 4GB of RAM. The new system-on-a-chip is based on a 64-bit quad-core Kyro processor, which clocks in at 2.2GHz. There’s also an Adreno 530 GPU optimised for 4K video playback. It supports over 30 different frequency bands including all major 3G and 4G networks.

HTC reckons its smartphone’s camera is the best in the world. It boasts a 12-megapixel sensor with 1.55um pixels, a f/1.8 lens aperture and optical image stabilisation. The phone also allows you to shoot and store high-resolution RAW images inside Google Photos.

While it performs very well in low-light situations, we’d hesitate to say it’s in a class of its own. In real world testing, the Galaxy S7 Edge and LG G5 are every bit as accomplished. With that said, the 10 has an excellent front camera with a 5-megapixel 1.4um sensor, a f/1.8 wide-angle lens and optical image stabilisation — a first for a front-facing camera. If you regularly use your front camera for selfies and the like, HTC’s lofty claims begin to ring true.

The HTC 10’s bloat-free design can be a double-edged sword: there’s no infra-red functionality, no wireless charging and no waterproofing. These features will doubtlessly be useful to some. 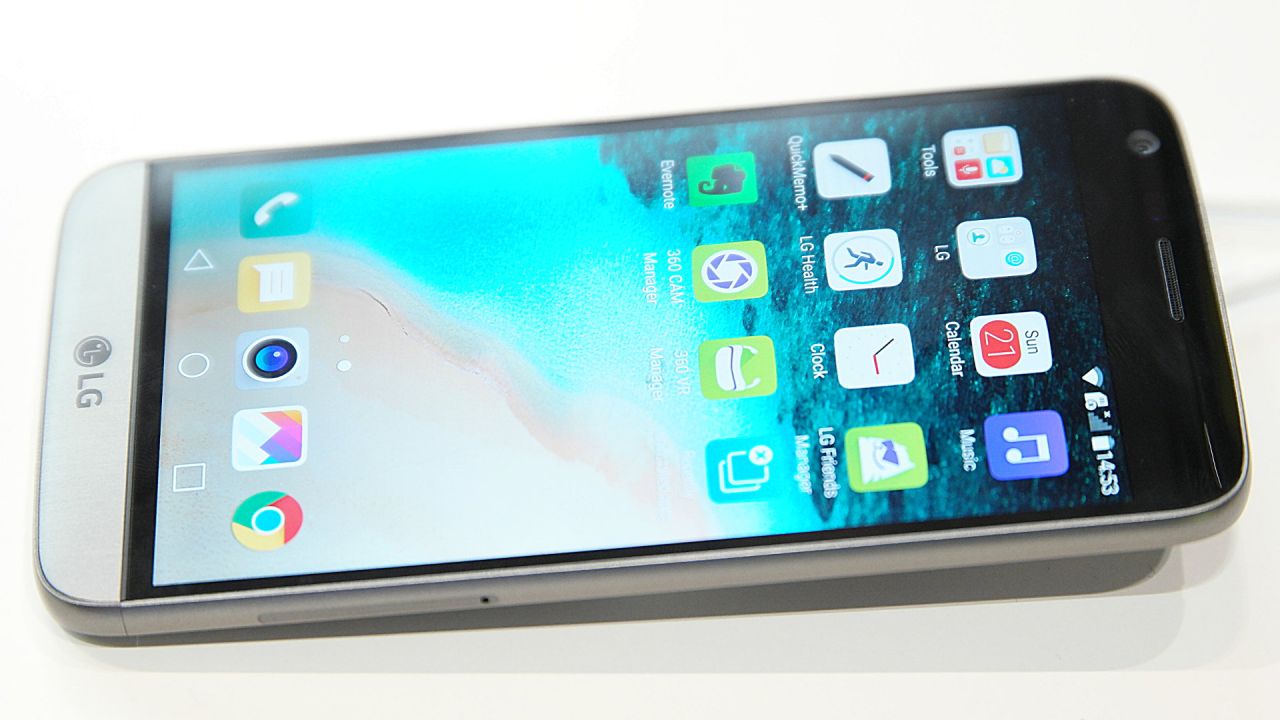 The LG G5 is powered by a current-gen Snapdragon 820 processor and 4GB of RAM running Android Marshmallow. It’s biggest claim to fame is its unique modular design and host of snap-on peripherals (sold separately). Other noteworthy features include a 5.3-inch Quad HD IPS Quantum Display with a native resolution of 2560 x 1440 pixels (554ppi), a microSD card slot and — crucial for some — a removeable 2800mAh battery. It also comes with a 16-megapixel rear camera sporting dual lenses, one of which is wide-angle for superior framing.

In a bid to entice prospective customers, LG has announced it will replace broken screens free of charge, regardless of the cause. This will be a one-time offer, so accident-prone users will need to be vigilant after the first smash.

One of the best things about the LG G5 is its camera. Or rather, cameras. The LG G5 boasts a pair of snappers on the back: one 16-megapixel sensor behind a lens with a relatively standard 78-degree field of view, and one 8-megapixel sensor with a 135-degree super-wide-angle lens. The latter is perfect for true panorama shots that don’t require separate images to be clumsily stitched together in-camera.

In addition to the handset, LG is selling a range of snap-on peripherals dubbed “friends”. These include the Cam Plus module (which adds a camera-style grip and physical controls), the 360 cam module (which adds two 13MP wide angle cameras, a 1200mAh battery and 4GB internal memory), B&O HI-FI Plus module (which adds a portable Hi-Fi DAC that supports 32-bit, 384KHz high-resolution audio playback), the Rolling Bot module (a camera-equipped BB8-style toy) and the Charging Kit module (which adds a dual function battery charging kit for other phones and tablets). All of the above modules will be available in May and will cost $129, $399, $229, $399 and $69.95, respectively.

On the downside, the LG G5 isn’t our favourite looking phone. The unibody metal finish is perfectly functional, but we feel the HTC 10 and S7 Edge trump it in the looks department. It also comes with a smaller 2800mAh battery. While it can be swapped out for a larger one (something that isn’t possible with the HTC 10 or Samsung S7), you’re still stick with a weedier battery in the meantime.

Cons: Design could be better, some modules feel gimmicky.

It’s going to sound like a cop-out, but all of these phones make for worthy purchases — the choice really comes down to personal preference. Do you go for the assured evolution of the Galaxy S7 Edge, the peerless build of the HTC 10 or the dare-to-be-different modular design of the LG G5?

For our money, the Samsung Galaxy S7 wins on the strength of its photographic output, beautiful design, vibrant screen and ability to be used underwater or in the shower. But it’s a close thing. Tell us what you think on the comments.