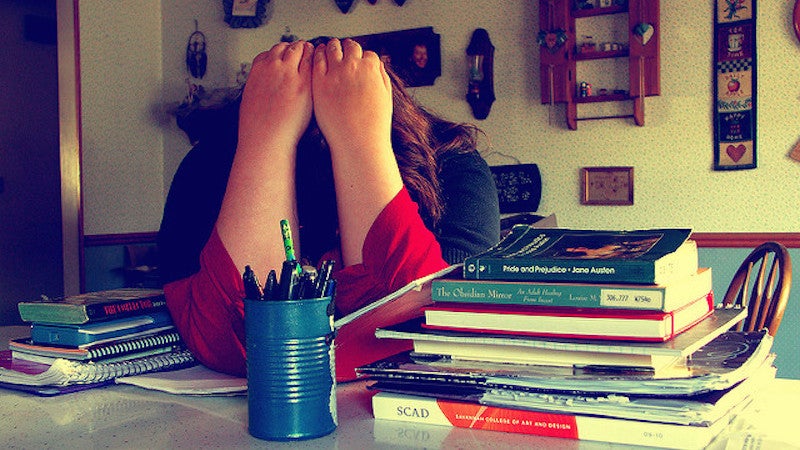 Motivation is fleeting, which is why it's important to build a solid system for getting stuff done. This way, you make it as easy as possible to achieve your goals, even on low-motivation days. When you second guess your system, though, you defeat the purpose. David Allen reminds us: trust your system. Photo by anna gutermuth.

Let's say your goal is to eat healthier. Some days you're motivated and it comes easy. Other days, you just want pizza. To combat those pizza days, you set up a system for yourself, which involves stocking your fridge with healthy options and perhaps allowing yourself the occasional indulgence so you don't burn out. That's a common example of a system, and it can be a pretty effective one. But we often tweak our system to perfection at the cost of our overall goal. Getting Things Done author and productivity guru David Allen puts it this way:

If you don't trust your system, you can't let go of operational details and you'll limit your ability to create at a bigger level.

I'm guilty of this. I set up a system and then I second guess it, thinking it could be better. For example, I schedule all my tasks for the day, and I'll get through the first task, but then I think, "maybe I should rearrange everything and optimise it more." If I would spend that time actually using my system instead of analysing it to death, I'd be one step ahead in reaching my goals for the day.

Allen calls it micromanaging your mind. Your system might not be perfect, and at some point, sure, maybe you want to revisit it. But if you've hit paralysis by analysis because you can't let go of the operational details, you're taking away from your overall goal. Set up that system, trust it, then move on.