Dilbert's Scott Adams On Willpower: Have Systems, Not Goals 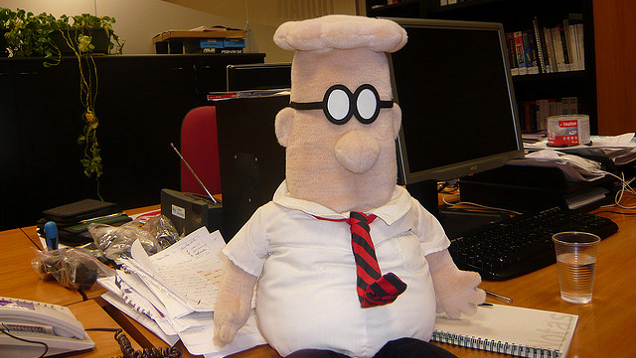 We tend to look at willpower as this magical force inside of us that we either have or we don't. In a recent interview, Scott Adams — Dilbert creator and frequent advice giver — explains that willpower is actually a finite resource, and there's a way to get what you need done without draining it all.

In the interview, with John Boitnott at Inc, Adams describes goals as a mental lock that sets you up for failure. You put the goal up on a pedestal in your mind and you either achieve it or you don't, and Adams suggests implementing systems instead:

"If your goal is to lose ten pounds, you may wake up each day with failure in mind because the goal is hard to reach, and you are only progressing by small amounts. It takes up all your willpower. I recommend that instead of a goal you have a system. Willpower is a finite resource. Don't pick a model that has failure built into it and requires you constantly drain a finite resource."

To implement a system that would go along with the weight loss example, you could spend time educating yourself about healthy food choices and exercise, focusing on the knowledge you need to form a good habit. Don't rely on willpower alone to get where you want to be. Eventually it will run out and you'll be back at square one.