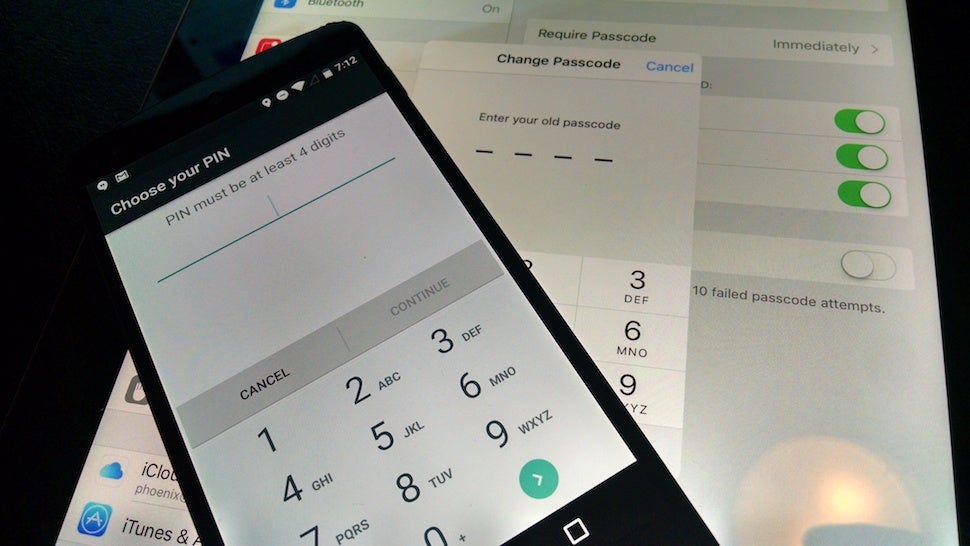 You probably already know that the more digits in your passcode, the better, but if you're still using a four digit passcode, especially on your iOS device, you should probably change it. Here's why, and how to do it in iOS and Android.

The big issue is that four-number passcodes are notoriously easy to brute force — and it's getting easier. Even if you don't use the old smudge attack to guess a PIN, Macworld reports that law enforcement (and if they have it, you know criminals do too) have tools designed to crack that passcode quickly:

In a U.S. District Court filing December 16 related to an international heroin interception at an airport, a judge agreed to suppress evidence obtained from a courier's iPhone. The case isn't the interesting part, but rather what a Homeland Security agent testified about: That his colleagues routinely use an IP Box, or something they describe as such, to crack iPhones.

The issue in the case was whether compelling the courier to give his passcode before he had been notified of his rights meant the evidence should be suppressed. The agent was brought to testify that it was trivial enough to extract the data with an IP Box, and thus that it was of no consequence whether or not that passcode was obtained improperly as they could just crack the phone.

The judge in that case didn't buy it, but the fact that the boxes exist is enough of an issue that you might want to upgrade your security a bit. Apple, for its part, has prompted people to switch to six-digit passcodes starting with iOS 9 specifically because of boxes like these. Over on Android, you've long been able to make your passcode as long as you like (no more than 17 digits, though) for a while now. Here's how to do it:

On your iPhone or iPad:

On your Android phone or tablet:

That's all there is to it. It's a small thing, but one that can definitely increase your security. Of course, the average thief is looking to sell your phone rather than take what's on it, but considering how much important information is on our phones these days, you can't be too careful.

Switch to six digits for your iOS passcode [Macworld]