Beyond Probiotics: Can You ‘Hack’ Your Microbiome?

Trillions of tiny creatures call your body home, including bacteria, viruses, fungi and others. They’re not always bad news, and in fact, our health depends on having a thriving collection of microbes. Which leads to the obvious question: can we hack our health by hacking our microbiome?

What the Microbiome Is, And Why You Might Want To ModifyIt 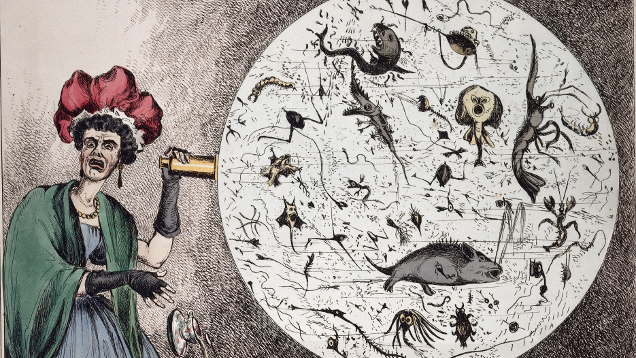 There are microbes everywhere on your body. Some coat your skin (yes, even after you wash your hands). Others populate the inside of your mouth (some of them forming tooth-destroying plaque, and others that are harmless or beneficial). Your large intestine is the largest repository of microbes. If you could count the number of individual bacterial cells, you’d find that although they are small, they vastly outnumber our own human cells.

Microbes make the stink in your armpits and the Vitamin K that helps your blood clot. Every day, scientists find microbes in new places, and new links to health. We used to think that babies collected their first microbes at birth, but there’s evidence now that mothers’ bodies deliver bacteria to the baby before it’s even born, and later, add gut microbes to breast milk to jump start their baby’s own microbiome.

So what is a microbiome, exactly? Our regular DNA is called our genome (meaning “all the genes”), so when scientists started analysing all the DNA in the microbes that live in us and on us, they called it the microbiome (meaning “all the microbial genes”). But for many non-scientists the word has moved away from its DNA-based definition, because the word biome means an ecosystem — and what we have inside us is, in a sense, a micro-ecosystem.

We’ve known that our bodies are home to microbes at least since Antonie van Leeuwenhoek examined the scrapings from his teeth in his newly-invented microscope in 1683. But our understanding of those microbes has exploded in recent years: instead of peering at them through microscopes, and growing cultures in the lab (which is difficult to impossible for many species), scientists can run a scoop of bacteria through a DNA sequencing process and detect almost everything in the sample. This idea is the basis for the Human Microbiome Project, which aims to characterise the creatures that live on us, and study how changes in microbial communities relate to health and disease.

Some of the details are fuzzy, but we know that our microbiomes are linked to our health. The immune system doesn’t develop properly without signals from skin microbes. Microbes can influence obesity and have been linked to a variety of inflammatory and autoimmune disorders like rheumatoid arthritis. Clearly, our health is linked with the health of our tiny passengers, but scientists are still struggling to understand what a “healthy” microbiome should look like.

Pass The Probiotics…Wait, Not So Fast 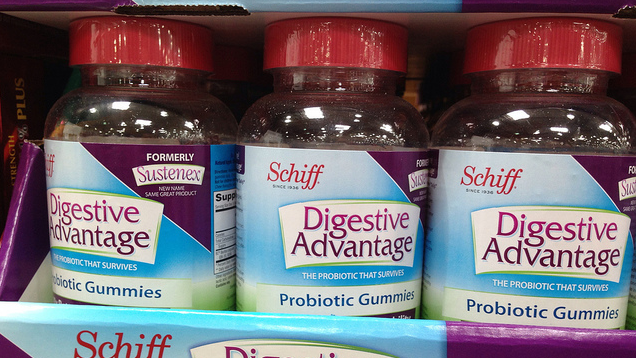 Modifying our microbiome sounds like a great idea, but at present our tools are very limited. The wonders of the microbiome are sung from the rooftops by hawkers of probiotics (foods and pills containing live bacteria), but those probiotics only include a tiny handful of species that don’t usually take up residence in our gut.

To sort through what’s real and what’s hype, I spoke to microbiology researcher Jonathan Eisen, who believes that microbes are key to human health, but isn’t afraid to call out the hucksters and over-eager reporters with “Overselling the Microbiome” awards.

“Life hacking of the microbiome has massive potential,” he says, but our understanding of how to do that is in its infancy. We know, for example, that people whose gut ecosystems are overrun by deadly Clostridium difficile can be cured with microbes from a healthy donor — the now famous faecal transplant. We know that probiotics can prevent a horrific infection called NEC that kills preemies. Beyond that, results are mostly inconclusive. Probiotics seem to protect against diarrhoea in some trials but not others, for example.

Eisen explains why probiotics’ effects are usually very small. Think of your gut as an ecosystem:

You have, let’s say, a thousand species in the colon. And then you introduce one clone — not even just one species, but one clone, usually, of a species, or of five different species — introduce that into a system where you have no idea if they have the right features to do well in that system. And they have to compete against thousands of other taxa, all of which have been adapted, have been living in residence in that system for a while, and have at least some ability to hang out and grow and compete and kill other things or whatever they’re doing. And so it’s not surprising in that context, most probiotic pills that you take, the microbes in them don’t stay around for a long time. And it’s very clear that that’s true. They just don’t hang out. That’s great for probiotic manufacturers, because that means you’re going to have to keep taking the probiotics in order to keep dosing your system. It’s not so great for long term health benefits… There’s very little evidence for benefits to healthy people.

Why don’t they take up residence? “Look at where they’re from. Many of the strains used in probiotics are not human gut residents packaged as probiotics. They’re isolated from yoghurt.” Eisen contrasts this with the natural probiotics newborns receive in breast milk: they’re packaged alongside special carbohydrates that feed those microbes, and immune system components, including antibodies, that seem to help train the baby’s immune system to tolerate certain microbes but not others. He says it’s “unlikely that the simple model of popping a pill without context is going to work very well.” 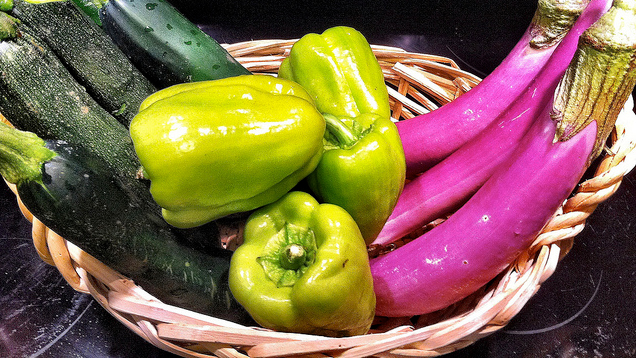 Since microbes have probably been running things behind the scenes long before we knew they were there, Eisen points out that beginner level microbiome “hacking” may not require any understanding of the microbiome at all. Food, after all, provides nutrients for your microbes, and food can also carry microbes directly into your gut.

Changing the diet is a more sensible way to start, rather than introducing microbes. You’re probably better off, right now, going to a nutritionist, and getting some standard inflammation test [or other tests relating to your health concerns]. I think in ten years, there will be that connection to add the microbiome into that arena.

By the time our food gets to the microbes in our large intestine, the starch, sugar, fats and proteins have been digested and absorbed. This leaves a handful of nutrients that are sometimes called “prebiotics”. They include a variety of carbohydrates that our own enzymes can’t digest, including soluble fibre, resistant starch and certain oligosaccharides. It’s likely that many of the beneficial effects of fibre, and of a diet rich in fruits and vegetables, may be due to such a diet’s effects on gut microbes. That’s still mostly speculation though.

“There are lots of areas where you can try and do stuff that probably isn’t bad for you, it just isn’t clear that it’s going to be good for you,” says Eisen. That includes taking probiotics, and consuming things like fermented foods (kefir, pickles, and kimchee to name a few). Feeding your microbes can be delicious.

Your Ticket To Understanding Your Microbiome (Someday) 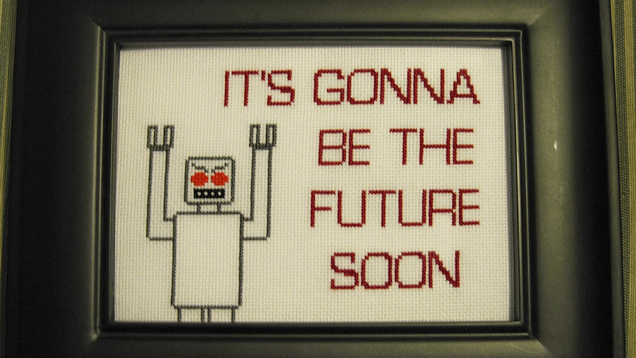 A better understanding of the microbiome is fast on its way, and Eisen is confident that new possibilities will open up. Here’s some of his speculation:

There’s no doubt that people are going to dope via microbes. There are companies talking about big cosmetic changes. There are going to be new smells, new functions. I’ve heard people talk about glow in the dark poop! … It’s a really interesting area, because you don’t have to modify the genes of a person, right, if you want to give them a new function. You can just give them a pill with a microbe that has a new function. You might have to take that pill every day if the microbes don’t stay around, but you could still add a living, bio-producing organism into your system that could last longer or do different things than a normal drug. I think all of those things are coming.

In the meantime, there is one more thing you can do to try to understand your own, individual microbiome, and how it changes in different parts of your life: you can get it sequenced.

Eisen is quick to note that he’s on the scientific board of one such company, uBiome, but there are others, such as the American Gut Project. (He also mentioned Second Genome, but they don’t seem to have a comparable service right now.) For a donation of $US89 or $US99, respectively, you can send in a swab of your poop (or another microbial community of your choice, such as your skin, mouth, or vagina), and receive a rundown of what types of microbes call you home. Then you can compare your results against other people, or take samples at multiple time points. “For example, if someone goes on antibiotics, if [they are] interested in life hacking, they damn well better take a microbiome sample before they do that, because [their microbiome] may get totally fucked up,” says Eisen. You could likewise track how your microbes change if you go vegetarian, or get pregnant, or any other major change in your life.

So even though our tools to hack our microbiomes are currently limited, you can still eat well, take probiotics if you like, and learn about your trillions of passengers while you daydream about the glorious future where you can make your poop glow in the dark.