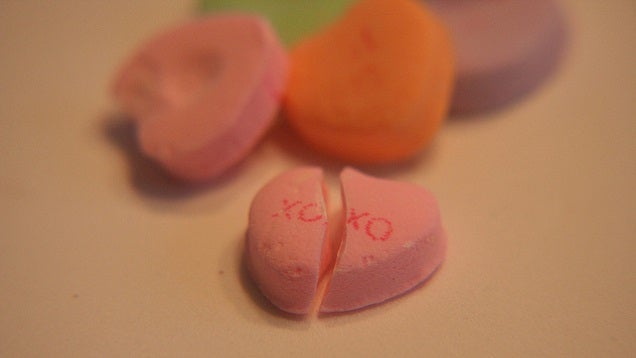 You're probably aware that a solid relationship is comprised of both give and take, but a recent study demonstrates how easy it is to take too much — especially when you think your partner is happier than they really are.

The study — published in the journal International Economic Review and conducted by University of Virginia professors Leora Friedberg and Steven Stern, followed over 4000 married couples over the span of around six years to ask a few basic questions regarding their happiness with their marriage. Unfortunately, they found that nearly 60 per cent of the couples misjudged their partner's happiness over the course of the study. That's where "bargaining theory" comes in. While it's normally used in economics, bargaining theory was used in this study to describe how couples overestimated their partner's happiness and try to take too much from them. Stern describes an example:

"If I believe my wife is really happy in the marriage, I might push her to do more chores or contribute a larger portion of the family income. If, unbeknownst to me, she's actually just lukewarm about the marriage, or she's got a really good-looking guy who is interested in her, she may decide those demands are the last straw, and decide a divorce would be a better option for her."

Of course, divorce is obviously the most extreme outcome, but that's the gist. In a way, it's like love becomes the currency, and someone might assume they have a lot more power to bargain with it than they actually do. To break it down further, it can be dangerous to assume something such as "they love me this much so I can push them this hard". So how can you avoid this type of thinking? Communicate with your partner correctly so you know how they really feel. If they aren't as happy as you thought they were, find a way to change things for the better. The last thing you want to do is push your significant other further away by making them even more unhappy.