How Piracy Benefits Companies, Even If They Don’t Admit It

We’ve talked about the legality of piracy, yet you’re probably breaking the law everyday anyway. However, piracy can sometimes have its benefits. Even to the companies who own the copyrights. Generally speaking, it’s assumed there isn’t a lot of moral ground for pirates of any type to stand on. It’s breaking the law, and it steals from content producers, right? Well, the story may be a bit more complex than that. Let’s start by taking a look at one of the biggest examples.

Sometimes Creators Don’t Care As Much As We Think 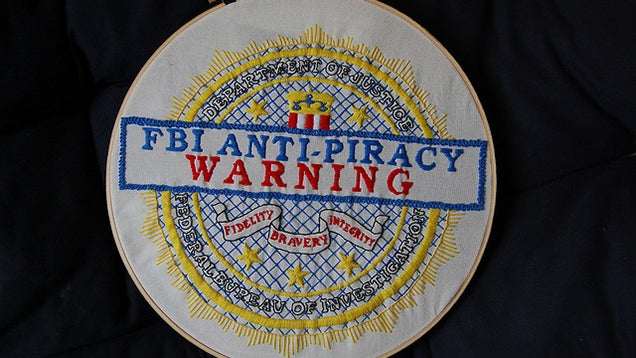 We assume that content producers have an obsessive grasp over their intellectual property. After all, some IP owners have helped that perception along. However, not everyone who produces content or software is waging a war against pirates. Speaking to a group of investors on an earnings call, the CEO of Time Warner Jeff Bewkes said this in 2013:

Yes, in response to a question about whether the network kinda-sorta regards the extensive theft of HBO’s flagship show, Game of Thrones, as a compliment, Bewkes said, “I have to admit it, I think you’re right.” The much-discussed fantasy series is HBO’s most popular, and “if you go to people who are watching it without subs, it’s a tremendous word-of-mouth thing,” the exec told investors. “We’ve been dealing with this for 20, 30 years — people sharing subs, running wires down the backs of apartment buildings. Our experience is that it leads to more paying subs. I think you’re right that Game of Thrones is the most pirated show in the world,” he said. “That’s better than an Emmy.” (Emphasis added.)

Let’s set aside for just a moment that these words came out of the mouth of the CEO of Time Warner and were directed to investors. The implication here is pretty clear: piracy is not a universally bad thing and (some) content producers know it.

It’s what could perhaps be called The Adobe Problem with piracy. Adobe makes expensive software products like Photoshop that are simply outside the range of most people. However, they’re also supremely useful. “Photoshop” is on that rare level of ubiquity alongside “Google”, “Taser” and “Super Glue” where the product becomes synonymous with the act itself. How exactly does a product with a historically expensive price tag become so incredibly common, not just in language, but in usage? How does Photoshop become the standard even with so many cheaper alternatives out there?

The answer is, in part, piracy.

Adobe touched on this when it launched the Creative Cloud subscription model. Adobe executive David Wadhwani explained that the reason people pirated their software wasn’t out of malicious intent, but what we all knew already: they wanted to use high-quality software, but couldn’t afford it:

I do not think people who pirate our software do it because they are bad people, or because they like to steal things. I just think that they decided that they can not afford it. And now, with the switch to subscriptions and with the ability to offer software at a cheaper price, we see that the situation is beginning to change and we’re excited.

Take it with the grain of salt appropriate for a company man promoting a company product. Plus, we’re not exactly thrilled with the creative cloud solution in its current implementation. However, Adobe has also thrown would-be pirates a bone here and there by occasionally resetting the free trial period. It’s an uneasy truce but it speaks to a larger truth that both sides are aware of: no one is going to pirate something they don’t want to use.

Even Warner Bros is on board with this concept, using piracy numbers as a surrogate for demand. The studio’s Chief of Anti-Piracy Operations said as much in June 2013:

Generally speaking, we view piracy as a proxy of consumer demand…Accordingly, enforcement related efforts are balanced with looking at ways to adjust or develop business models to take advantage of that demand by offering fans what they are looking for when they are looking for it.

The unwritten rule is getting written a lot more these days. Piracy may not be preferable to people who make content, but they’re also beginning to realise that it’s not a pure negative on the balance sheet. Piracy is more complex than that. Sure, every person who pirates Game of Thrones didn’t pay money to HBO… but they probably told their friends. Money lost in subscriptions but saved in advertising.

It Can Help to “Keep Circulating the Tapes” 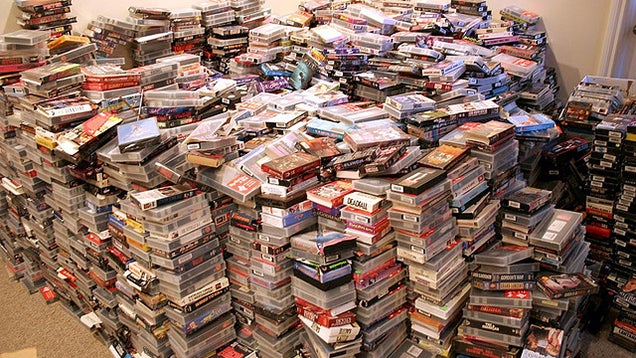 Another common argument against piracy is that it stifles creativity. After all, one would argue, how can you hope to encourage artists to create things if you take away their revenue stream? If you can’t make a living creating, you might stop creating.

The inherent problem with this argument is that it conflates making copies with corrupting a revenue stream. One classic example is the cult classic from the late ’80s and early ’90s, Mystery Science Theatre 3000. This show initially aired on a small television station called KTMA with very little coverage. Despite positive early reactions, the station was forced to close down.

During that first season, however, the show’s credits contained what became an iconic line: “Keep circulating the tapes.” Viewers of the show would record episodes to share with friends who may not have had access at the time. This increases exposure help keep the show on the air. Furthermore, when KTMA closed down, MST3K was picked up by the Comedy Channel and ran as a signature series. The Comedy Channel would later go on to merge with competing network HA! to form the now-prolific Comedy Central.

It’s an oversimplification to say that piracy is directly responsible for the existence of Comedy Central (notably, recording the shows was legal, but how far they were circulated moved into a more grey area). However, this concept of piracy as a form of preservation didn’t stop in the ’90s. In 2011, one Bittorrent user reclaimed 172 BBC websites that were marked for deletion due to budget cuts.

Of course, we can’t assume that piracy is strictly a form of digital history preservation. That’s silly. Torrent trackers and Usenet aren’t the Library of Congress, nor do they pretend to be. However, we can see that piracy can not only be a valid advertising and analytics tool for big companies, it can aid in archiving and distribution for smaller ones.

Damage is Done By Piracy — But No One Knows How Much 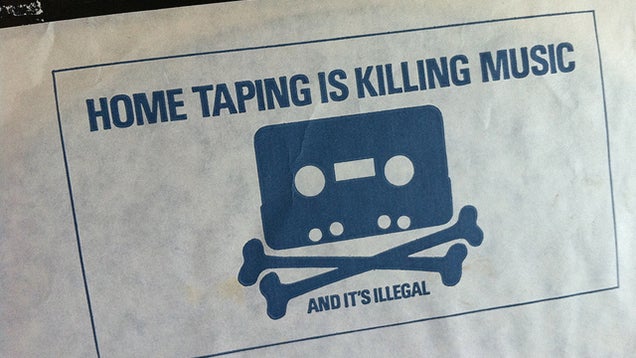 Knowing there are exceptions to the rule is nice, but it doesn’t really give piracy any moral ground to stand on. Sure, you could help save a show accidentally by pirating it enough to boost its perceived demand. But does that balance out with the damage caused by piracy? Surely, there is a non-zero amount of lost sales due to piracy. How much damage is actually done, then?

The simple answer is, we don’t know. And neither do movie industry executives. Speaking to a federal court in California, the MPAA explained how actual damages (that is, the exact number in financial damages done to the organisation) cannot be defined:

To permit consideration of actual damages under these circumstances would be perverse — and particularly unfair — given that Plaintiffs elected statutory damages precisely because their actual damages are not capable of meaningful measurement.

What that means in normal terms is that the MPAA wanted the court to consider damages in terms of what would “send a message” (to use their later words) to would-be pirates and dissuade new pirate organisations from cropping up. This, the MPAA claims, is the only fair way to resolve the issue, as there’s no way to calculate the exact value of lost sales or reduced revenue.

After all, as we established earlier, the issue is complex. A pirate may download a movie that they would otherwise buy because piracy is an available option. Then again, they may not be able to buy it in the first place. And what about new sales made due to increased word of mouth? These things can’t adequately be calculated, at least not to enough to satisfy a court. That’s why “statutory damages” are used. Statutory damages are predefined and exist partially as punishment for the offending party and deterrents for anyone else.

The use of statutory damages is why you can hear stories of someone who downloaded 30 songs and owed $US675,000 for it. The range for statutory damages under copyright law (between $US750 and $US150,000 per infringement) is sometimes ill-fitted to individual cases. Because it’s not directly tied to damage done, it’s also difficult to tie those numbers to how much damage is really done. To put it another way: if we knew exactly how much illegal downloads hurt the industry, that would be the figure charged to those who are sued. Unfortunately, the reality is more complex than that.

Can Piracy Have a Moral Code? 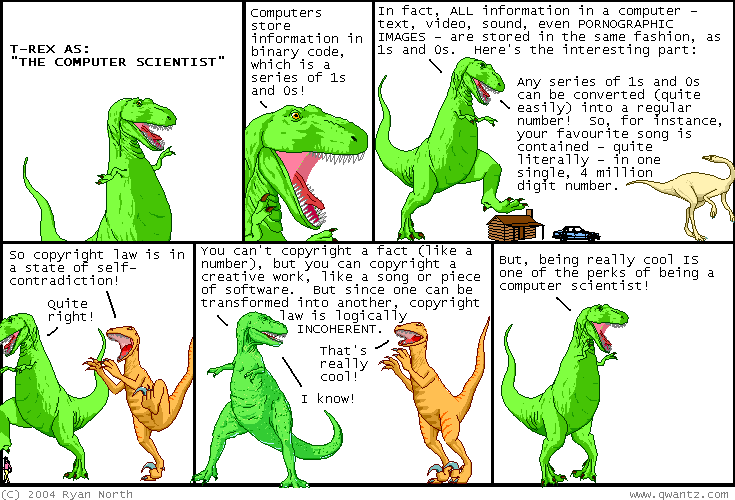 All the above arguments are just one side of the issue (this is Evil Week, after all, so we’re playing a bit of devil’s advocate). However, it’s enough to acknowledge that downloading stuff isn’t always inherently evil. Or, at the very least, it occupies a moral grey area. We can use this as a framework, however, to guide moral choices. Here are some questions you can ask yourself if you’re deciding whether or not to pirate something:

If Johnny Depp has taught us anything, it’s that even pirates aren’t completely devoid of a moral centre. You may not agree with the moral choices of a pirate, but to pretend there’s a divide between the “good” people who pay for everything and the “bad” people who “steal” things belies the complexity of a complicated market.

It’s also worth pointing out that none of this makes piracy any more legal. This is a mental exercise to understand piracy that doesn’t actually have that much of an effect without changes to the law. We’ve talked about situations in which breaking copyright law may be illegal but still socially acceptable before (for example, ripping a DVD you own). However, it’s still up to you to decide what you’re going to do with this information. Feel free to discuss how you approach the morality of piracy in the comments below.