Turbo Editor Is A Powerful File Editor With Syntax Highlighting 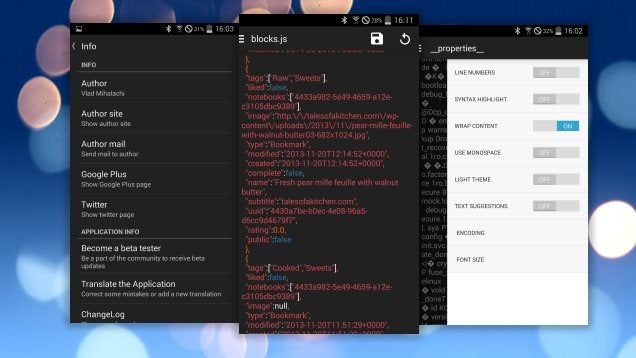 Android: You might not think about coding from your phone, but that could just be because you haven’t yet found the right app. Turbo Editor is a free file editor for Android that includes syntax highlighting for a number of languages.

It’s fair to say that you’ll probably want to reserve serious editing sessions for a larger-screened tablet, but Turbo Editor can also be used on a phone. You can work with HTML, CSS, PHP and various other languages. With feature such as line numbering and in-file searching, it’s an app that can be put to many uses.

In many ways, Turbo Editor is like an Android version of Notepad++ for Windows. It can be moved to an SD card if required, and there are light and dark themes so you can tailor the look of the app for different environments.

Grab a copy of the app from the link below and see if it can help with your mobile coding needs.