The Daily Shower Review: My Method For Fixing My Repetitive Mistakes 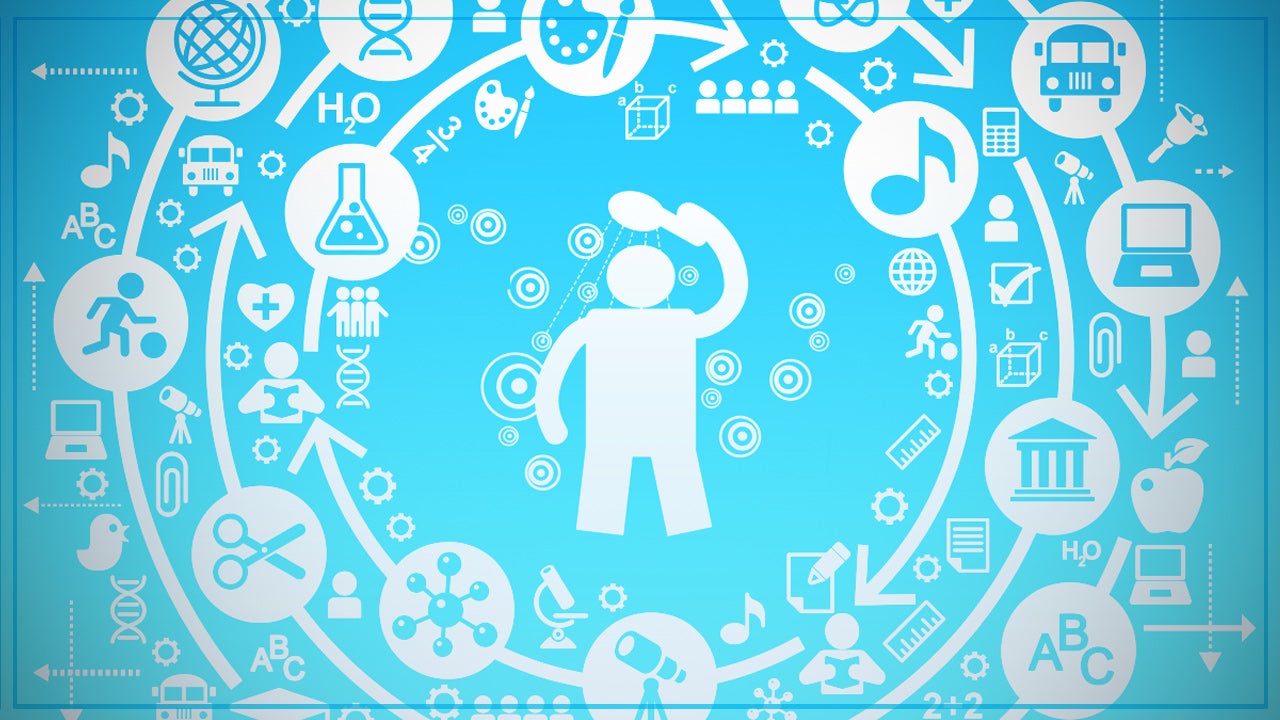 We all make mistakes. It’s part of being human. Chances are most of us have repeated a mistake many times. To fix these recurrences, I came up with a method that I like to call the Daily Shower Review.

We’ve talked about how to identify and learn from mistakes, identifying different types of errors and a offered checklist to derive lessons from them. But I was looking for something simpler and less time-consuming. It needed to be a system that could fit into my already busy schedule. And if there’s one thing I’m sure to do every day — with plenty of time to think — it’s shower.

What Is The Daily Shower Review? 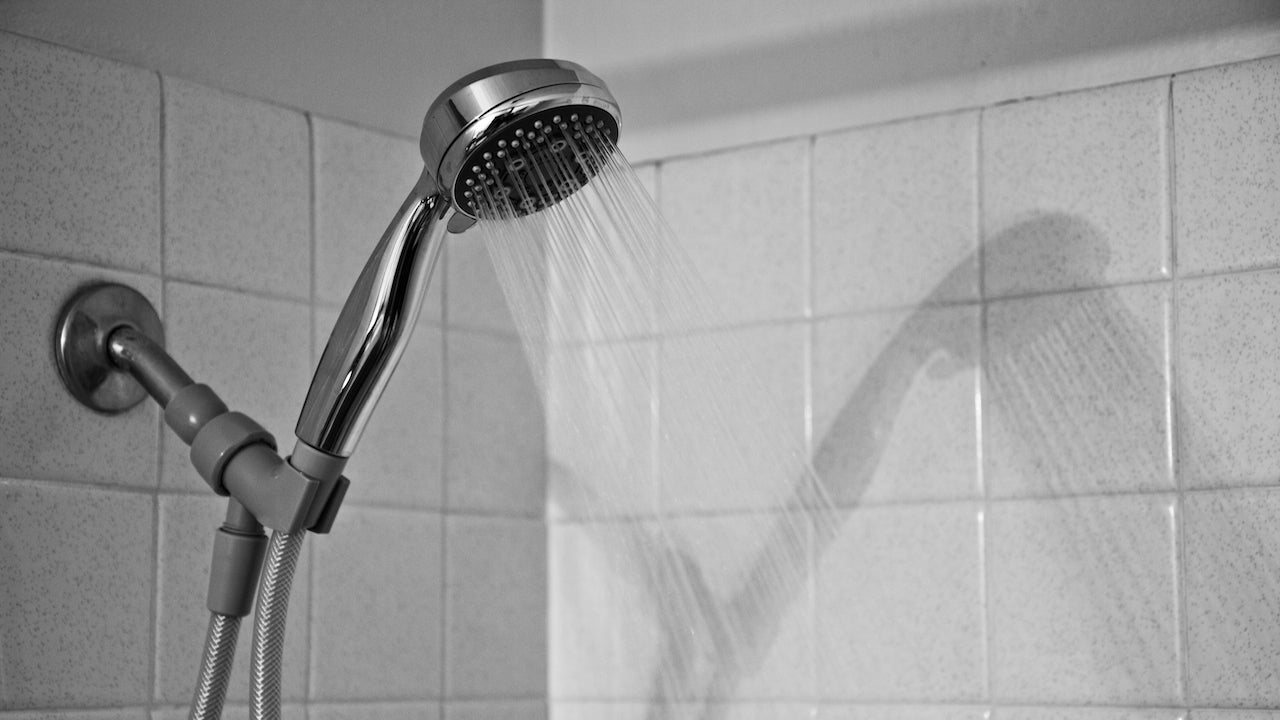 Every day, taking a shower forces me to slow down and not do 20 things simultaneously. Many of our greatest ideas come in the shower, so I thought why not use this time to fix my mistakes? So I came up with a system to let me do just that.

I use a simple Google spreadsheet to track the mistakes. The first column is the date and the second column is the mistake. That’s it. Nothing more. Don’t over-complicate the system — just tackle one objective at a time. 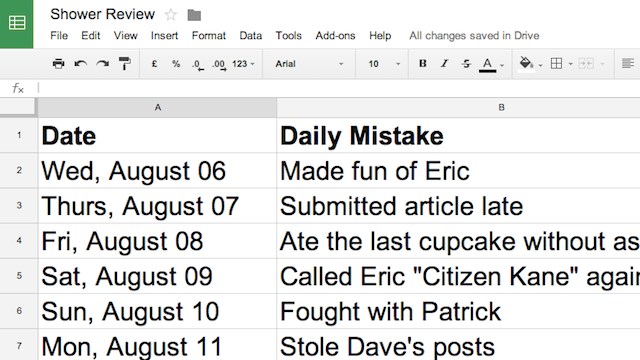 Making the same mistake over and over gets to you after a while, and it’s annoying to others around you as well. The Daily Shower Review simplifies the process of fixing them with three key points:

These factors make it easy to adopt and stick with the system. And, let’s face it, the reason you probably don’t follow up on resolutions and other goals is because it’s difficult to stick with them.

An unexpected benefit of the Daily Shower Review was that it also acts as a brain dump to reduce mind clutter. Going through the previous day’s regrets is therapeutic, and helps me avoid thinking about them repeatedly through the following day. Somehow, acknowledging those mistakes as mistakes feels like progress and calms the mind.

Stumbling Blocks And How To Get Over Them 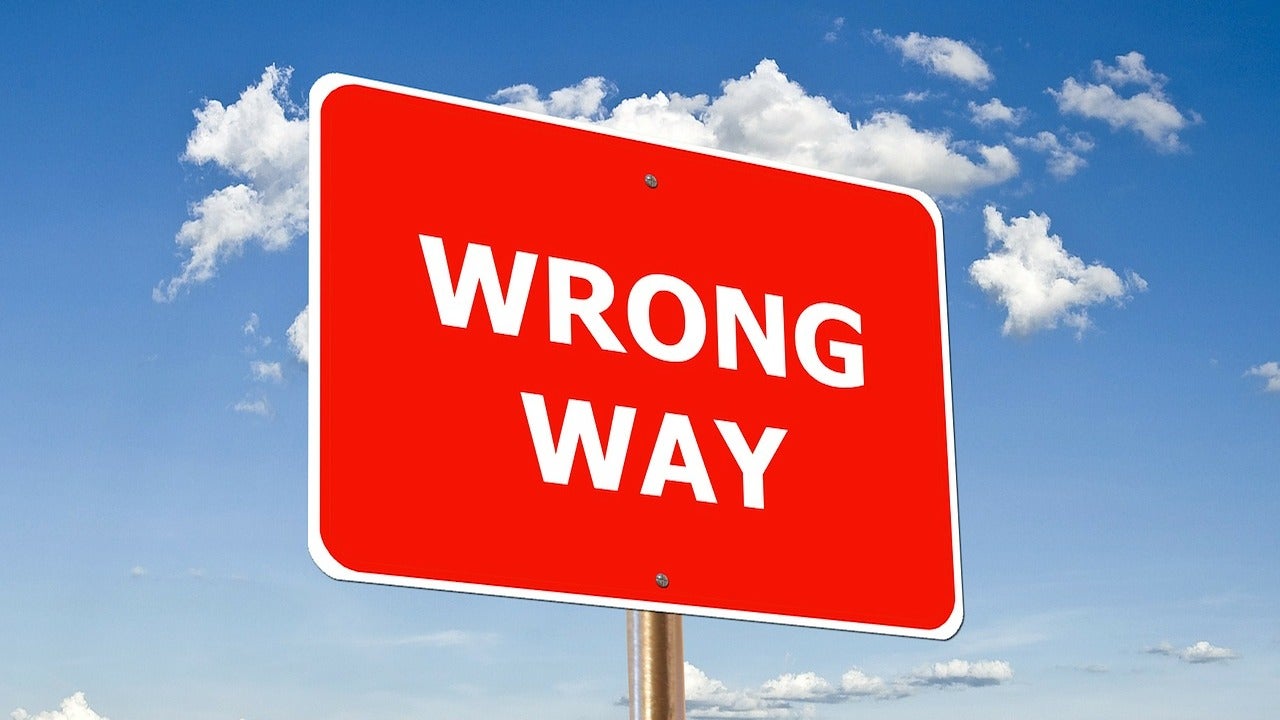 We tend to look for patterns. On the first day of a week, if I write “Was rude with my boss” as the mistake, and I have another such incident on the fifth day, my brain immediately tries to push “Was rude with my boss” to the top of the list on the fifth day. The only way to counter this is to be mindful about this need for patterns and force yourself to assess whether it’s really the biggest issue of the previous day.

I also wasn’t prepared for the recurrence of a mistake that I thought I had fixed. It takes some time to fix bad habits and a week might not be enough. Don’t worry too much if it recurs. Just list it again that week and tackle it if it’s the big item. If it isn’t, then you’re already showing progress!

Finally, try to find an active solution rather than passively trying to avoid making the mistake again. For example, in my third week, my Weekly Mistake was “Constantly making a mess in the bedroom.” The first two days, I tried to consciously not make a mess, but that didn’t work. The only way to solve it was to actively clean up, to make an effort to tidy up at multiple times during the day.

Making the Daily Shower Review system easy to execute has let me actually implement it in my life, and I’ve seen some remarkable progress already. Hopefully, that holds true for you too.