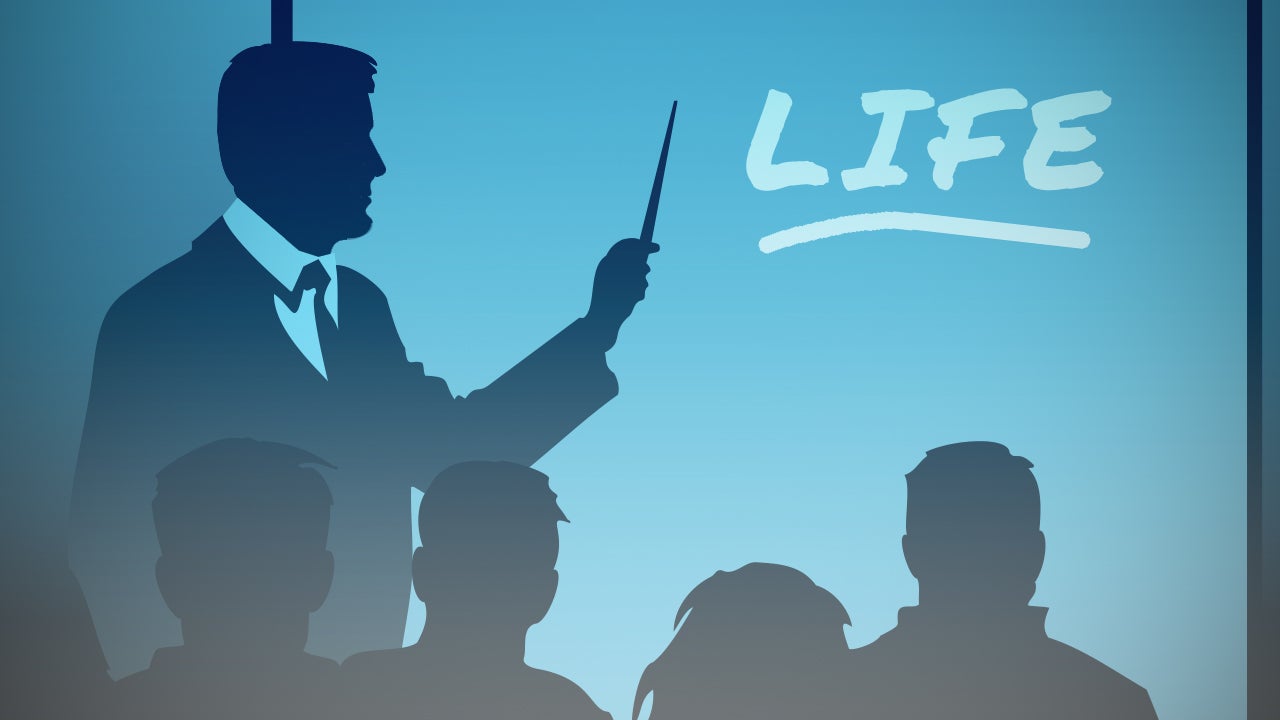 Teaching is one of the most challenging, underrated and most rewarding professions you could go into. There’s a lot you can learn from trying to teach a room full of (mostly) disinterested students. Here are some of the biggest lessons I learned and am still applying today.

For background, I spent a few years teaching English and sometimes Art to students of various ages. The things I learnt from all of them were universal though.

1. Don’t Assume Another Person Understands What You’ve Said (or Did Not Say) 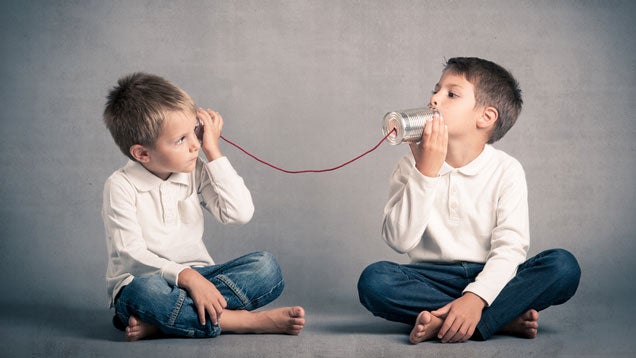 It’s funny how easy it is to take basic things we learnt long ago for granted — and how hard it is to communicate with others so you’re all on the same page. I remember a lesson I did on how to write a “how to” paper that ironically failed miserably because I had left out things like using transition words to connect steps — basic things I mistakenly assumed everyone else already knew. Perhaps the most important strategy when teaching — and communicating in general — is to assume the audience (or reader or person you’re sitting next to) knows nothing, but also, at the same time, never underestimate their intelligence.

Similarly, when 20 kids didn’t understand my lesson, it was really my problem, not theirs. That taught me to look for the little details that I might be forgetting, and to try to look at things from the audience’s perspective rather than mine. And even when I think I’ve communicated something clearly, I need to follow up and make sure I actually did. You don’t have to be a formal teacher to take advantage of this — try planning to teach someone a subject you’re learning to better master that subject yourself.

2. Dress, Pose and Act the Part 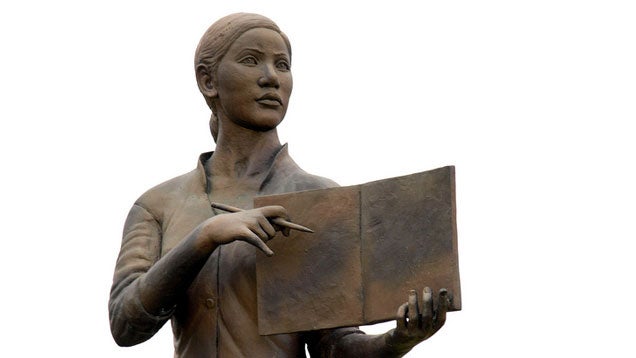 I am a petite person with a soft voice and not-so-authoritative demeanour. It didn’t help for me to dress in jeans and t-shirts when I was on campus; many of the students looked older than I did. I’m pretty sure that played a big part in my struggle to gain respect and authority in the classroom.

Little things like the clothes you wear, how tall you stand, and your body language make an enormous difference in how others perceive and pay attention to you. The clothes you wear can also influence how you act, so even though I don’t need to command a classroom anymore, I’ve learnt to dress just a little bit better at times when I think it would matter. It’s a balancing act, though, between being and looking comfortable in such clothes and playing the part.

Also, “never let them see you sweat”. Kids, like animals, smell fear from a mile away, and even the “good” students might take advantage of that. “You teach people how to treat you“: be careful of what you allow, stop and reinforce. 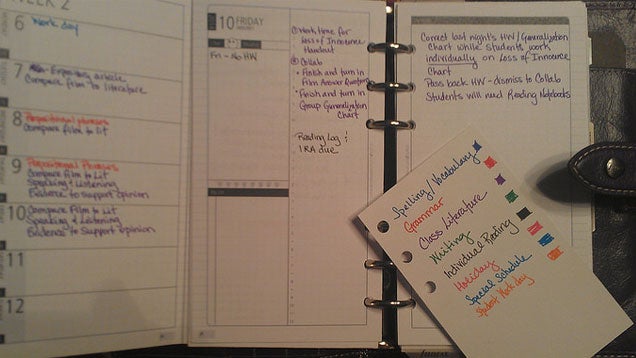 Some teachers work great off of their lesson plans. I, on the other hand, despite all my planning, tended to impulsively veer from the program. That didn’t make my lesson plans useless though. As Dweight Eisenhower has said, “In preparing for battle I have always found that plans are useless, but planning is indispensable.”

The day might not go as planned on my to-do list or schedule, but the planning at least gives me something to fall back on and the flexibility to adjust throughout the day. 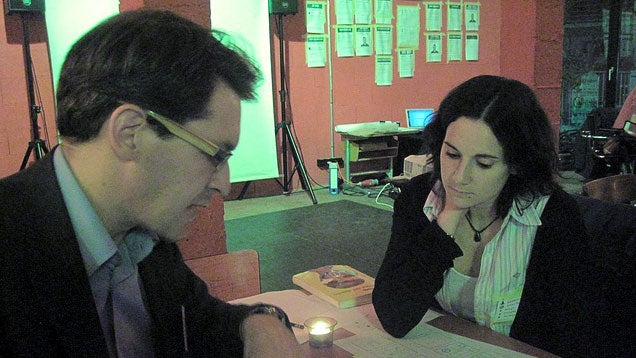 I hated those times when I was teaching and my mentor teacher or the principal would be sitting in the back, taking notes. As awkward as criticism can be though, being critiqued is often the best way to grow. I learnt what I was good at (improvising) and what I needed to work on (timing). It’s hard to see yourself as others do, but crucial if you want to improve your work and relationships.

If you get performance reviews, try not to think of it as negative criticism. With or without formal reviews, ask for feedback regularly on your work, perhaps using the 30 per cent rule.

5. Have a Baseline for Progress 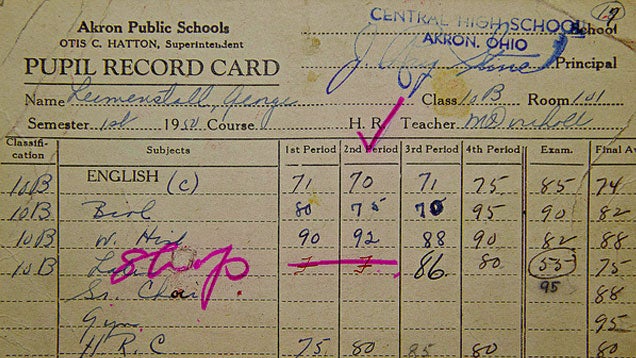 One of the hardest problems I had was grading. I’d give a student a C — a terrible grade in my book — and he’d be ecstatic, which led me to think I wasn’t doing this right. These days, kids have standardized tests and have to meet specific academic goals, but I think more important than that is to have examples of A quality work, what a B paper would look like, and so on. It’s about setting clear expectations and ways that the students can measure their own progress as well.

While I’m not that into the quantified self movement, I am trying to apply this to some areas of my life. I can’t just tell my daughter to go clean her room, which she might interpret as putting everything in a pile and then sitting down to play with a long-lost toy; I have to show her what neatly folded and put away clothing looks like, and so on. For my own productivity, RescueTime automatically tells me when I’ve been most productive or most distracted. During weekly reviews, I try to identify what my best and worst projects were and, more importantly, why.

6. Just Go With the Flow 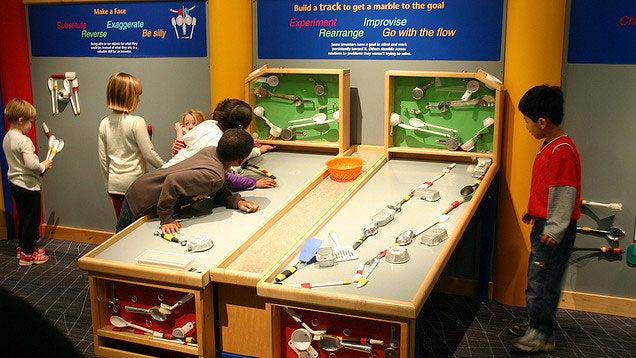 Things hardly ever go as planned when you’re dealing with dozens of kids and young adults — and that’s fine. Classes would take shapes of their own, thanks to the energy, creativity, and differing opinions of the students. I believe that’s the way it should be, and being in that kind of environment taught me how to be more flexible and relinquish control when trying to lead others, as well as how to try to keep people on topic. Basically, things every manager, person who’s trying to hold a meeting that doesn’t suck, and parent has to learn.

Teaching for me was a juggling act (or maybe like being a stand up comedian in front of a difficult crowd), but even in a short time it was a fantastic learning experience.