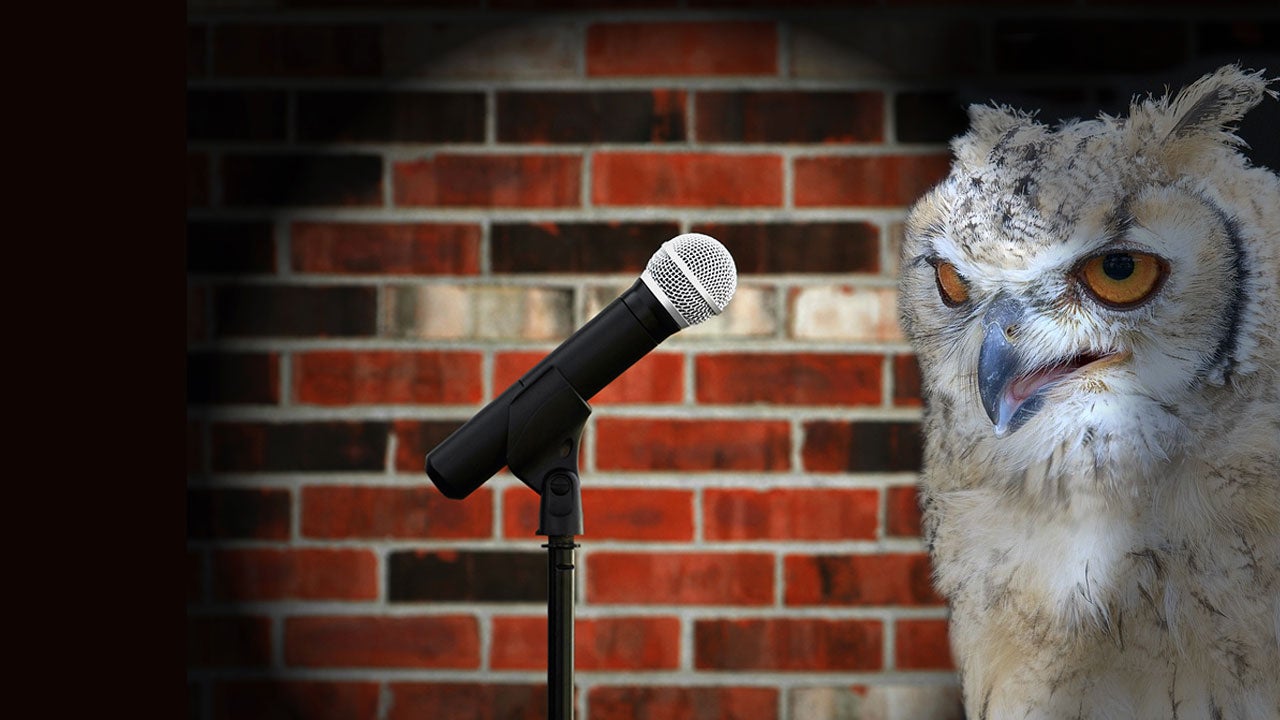 Stand up comedy is a special art. Despite the rise of flashy movies and processed music, a good comedian can still put on an entertaining show with words alone. Sometimes, between the laughs, some genuine wisdom shines through.

It should go without saying, but we'll say it anyway: expect some strong language ahead. Stand up comedians generally aren't always the most safe-for-work bunch. We've included clips and quotes taken directly from uncensored stand up specials, so be warned.

"I Have a Thinking Problem" - Craig Ferguson

It's hard to listen to Craig Ferguson's story without getting a little bit inspired. After many years of wrestling with alcoholism and drug addiction, the Scottish comedian managed to get clean and shortly afterwards started a career in show business. In the above video, he breaks character for a while to talk about what it's like to struggle with addiction. The principles, however, are almost universally applicable for any type of change you want to effect in your life:

The attitude may sound pathological, but the underlying concept (as he explains in greater detail in the video) is that the struggle with addiction — or depression, or losing weight, or laziness, or any of the million other things people fight — doesn't end. If curing alcohol addiction were as simple as throwing out all the bottles in the house, 12-step programs wouldn't be necessary.

Hacking your brain is crucial to kicking bad habits, and it's quite possibly one of the most important skills you'll ever learn. Lifehacker alum Adam Dachis explained how he was able to pay more attention despite his ADHD. The answer isn't always clean, and it's not always simple, but learning how your brain works and how to change it is the life hack that makes all other life hacks possible.

Bonus Round: "Does This Need to Be Said?"

If deep-seated psychological problems aren't your biggest concern, Craig Ferguson also has a bit of advice everyone can use in daily life. From the aptly titled comedy special Does This Need to Be Said?:

There's this idea that people are meaner than they used to be because of the internet. They're not meaner. People are not meaner than they used to be. People have always been arseholes... What happens is the technology is just faster. You have this crazy idea, this crazy angry thought... and then tickety-tick-tick BOOM. And it's out. You don't have time to slow down and self-edit and ask yourself the three things you must always ask yourself before you say anything. Which is:

Does this need to be said?

Does this need to be said by me?

Does this need to be said by me now?

...Three fucking marriages it took me to learn that.

Everyone who's had a five minute conversation with someone who audited an Intro to Psych class for an afternoon can tell you that good communication is the key to a healthy relationship. What a lot fewer people can tell you is that sometimes the "right" way to communicate is to shut up for a bit.

"Their Stuff is Shit, and Your Shit is Stuff" - George Carlin

George Carlin is a comedy legend for having insight into a wide variety of topics, and he set the tone for cynical, analytical comedy for years to come. While he frequently ventured into the realms of religion and politics, one of his most famous bits was on the universally resonant topic that everyone relates to on a deeply personal, psychological and spiritual level: your stuff.

Did you ever notice when you go to someone else's house, you never quite feel 100 percent at home? You know why? No room for your stuff! Somebody else's stuff is all over the place! And what awful stuff it is. Where did they get this stuff? And if you have to stay overnight at someone's house, you know, unexpectedly, and they give you a little room to sleep in that they don't use that often. Someone died in it eleven years ago. And they haven't moved any of his stuff! Or wherever they give you to sleep, usually right near the bed there's a dresser and there's never any room on the dresser for your stuff! Someone else's shit is on the dresser! Have you noticed that their stuff is shit, and your shit is stuff!

If all you take away from this bit is that a lot of people have a pretty materialistic viewpoint, that would be good enough. We could all do spend less on stuff and more on experiences. However, there's an even deeper point he touches on: the psychological link we have with our stuff.

Clutter (the fancy word we pretend means something other than just "stuff") has a tangible effect on your brain. Physical clutter makes it difficult to focus or process information by competing for your attention. Not only that, but we establish a complex set of triggers based on our surroundings and the stuff we put in them. These triggers solidify our habits, make us comfortable and keep us tied to routines. This isn't always a bad thing! Some of your stuff, like a notebook, may trigger you to do something creative or productive. On the other hand, a lot of your stuff is actually just shit.

"Life is Not a Science" - Demetri Martin

Demetri Martin achieved a lot of popularity fairly quickly for his atypical stand up style. Put another way, he couples his jokes with a lot of useless talents like singing a guitar and playing the harmonica at the same time. However, it was one of his much earlier works — entitled If, I — that offered insight not just into his own analytical mind, but into how we all measure ourselves:

I think I did figure something out. 'I' equals all of the 'if's added up over time. The 'if's, those are the possibilities. That's infinite for all of us. Every day, there are just millions of them. Time, that's finite for each of us. No question there. Maybe if you divide the choices by the amount of time you have, the real 'I' can emerge, depending upon those choices. So, in the end, all I can say is, you can't figure out a person. Definitely not yourself. You can't maximise a life. What you can do is try to be honest in the choices that you make. Be true to yourself. No matter how embarrassing those choices are. Life is not a science. I realise that. But if I told you I don't have a point system of some kind, I'd be a liar. Look, I'm a guy who does palindromes and tells jokes about leather jackets. Because that gives me some meaning, at least for now. You know what? I apologise for none of it, because the unexamined life is not worth living, man.

Life is the result of our choices and experiences. There are a lot of benefits to trying to maximise your savings, minimise your waste and optimise your decisions. But it has to just be good enough at a certain point. Maybe if you create a spreadsheet, chart the data points and develop the appropriate algorithm, you can figure out a way to gain a 7.2 per cent boost to your daily happiness. Or you could go fly a kite. The choice is yours, and neither one is wrong if it's meaningful to you. You're not even limited to one or the other. After all, you don't just live once.

When it comes to useful, practical insight, few comedians are hitting the nail quite as much as Louis CK these days. Arguably, that surge in popularity and resonance received a kickstart with the above interview on Conan O'Brien in 2008. In this interview (that later became a standard bit in the show Hilarious), he explains how common dissatisfaction is, despite the world being full of incredible, technological miracles. As he says in the stand up version:

I never saw a person go, 'Look at what my phone can do!' Nobody does that. They all go, 'This fucking thing, it sucks!' ...We're all just so mad. 'I hate-my phone sucks!' No, it doesn't! It's amazing. The shittiest cell phone in the world is a miracle! Your life sucks, around the phone. Why are you so mad at it?

Most of us have a tendency to complain when something doesn't work quite the way we expect it to. However, this strategy rarely works. Not only does perpetual negativity kill your productivity, it generally makes us unhappier people.

The most poignant aspect of Louis's bit, however, is that it doesn't criticise convenience or technology, but celebrates it. Gratitude isn't always a skill that comes naturally to us. Still, it's beneficial to stop every once in a while to appreciate how incredible it is that you can talk to someone on the other side of the world from a rectangle in your pocket, or fly to the other side of the country in less time than it takes to watch a couple of Peter Jackson films. Once you learn to live with minor annoyances, you can start to see that not only is technology pretty amazing, but so is life outside of it.