Eating food that’s prepared by somebody else involves a lot of trust. We need to know that the person or company who made the food did the job right, and that’s why we have health inspectors for restaurants and farms, and ingredients labels that give some transparency as to what’s actually in our food.

Still, we don’t see a lot of what goes into making our food. Whether we’re talking about farm fields miles away or restaurant kitchens just behind a wall, there’s plenty of room for our imaginations to run wild. What if something really disgusting was in our food, and we didn’t know? Here are seven myths that were never true, but that some part of us wants to believe.

Myth: Chocolate milk is made to hide blood from sick cows 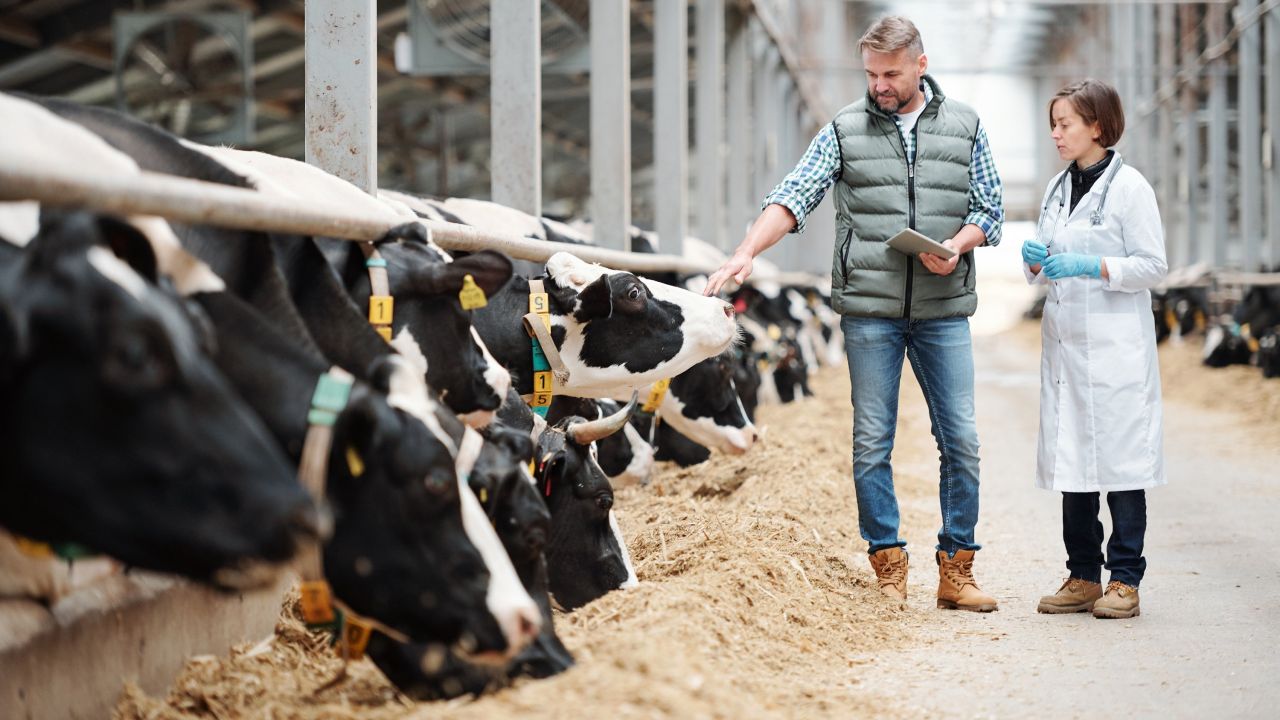 Why is chocolate milk brown? Surely not because somebody added chocolate flavoring to regular milk. Instead, one myth holds that the brown colour covers up blood and pus in milk from sick cows. One dairy farmer notes that this would require a whole separate set of trucks and equipment specifically for handling bloody milk, making it a more expensive endeavour than simply discarding the milk as regulations require.

Blood can occasionally occur in milk, but it’s considered unfit for human consumption. Bonus: At that link you can find a photo of bloody milk that was incorrectly shared as what milk looks like “before they whiten it.”

A related myth is that milk (chocolate or otherwise) is full of pus. PETA, for example, points to a government regulation that they say allows a certain number of “pus cells” per litre. The grain of truth here is that the FDA sets a limit of 750,000 somatic cells per milliliter of milk (or 750 million per litre). But the cells mentioned here are somatic cells, or in other words, cells from the the cow’s body that include milk-producing cells and immune cells. Somatic cells are present in healthy, normal milk, including human breast milk; they’re not the same as pus.

That said, cows with mastitis (an infection of the udder) can have more of these cells in their milk than healthy cows, which is one of the reasons a high somatic cell count isn’t allowed. Milk from cows with mastitis isn’t sold for human consumption; it tastes bad and spoils more quickly. 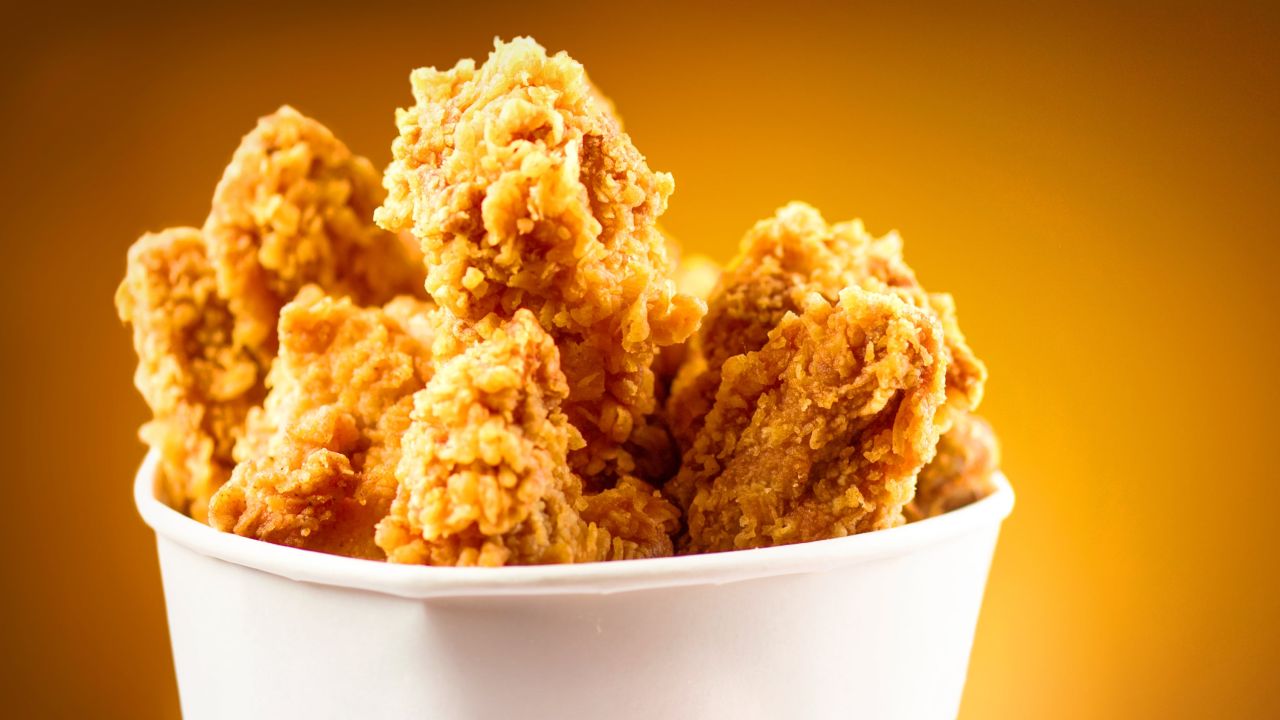 In 1991, the restaurant formerly (and currently) known as Kentucky Fried Chicken rebranded to just “KFC.” Doing so de-emphasised the “fried” part of the name (remember, it was the ’90s), made the name shorter and slicker, and shifted the focus away from just the chicken offerings. In other words, the same sorts of boring reasons behind every corporate rebranding.

Sometime after that, an urban legend cropped up, claiming that the source of KFC’s drumsticks was a lab-grown mutant creature with six legs and no head. It’s fed a nutrient slurry, and we cannot help noticing that this particular version of the rumour reached Snopes in the same year that the Matrix was released.

Besides the fact that the menu items never stopped being called “chicken,” your biggest clue that this can’t be true is that scientists have still not figured out how to create lab-grown meat in an affordable way. It needs to be fed an expensive animal-derived serum and, as of 2018, still cost thousands of dollars per burger to produce.

Myth: Fast food is so full of chemicals it doesn’t rot 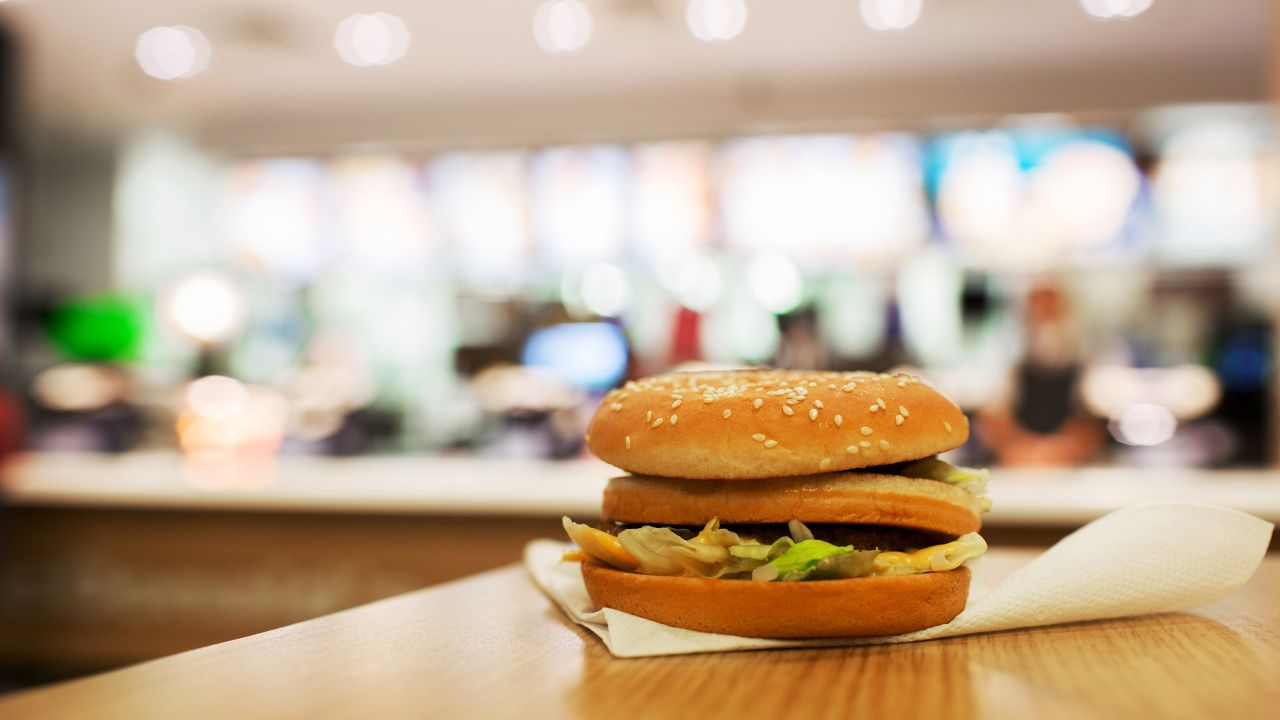 Sometimes, we’re so eager to believe a gross food myth that we forget how actual food works. The Quechua people have been making jerky from llama meat for thousands of years, but apply the same concept by drying out a McDonald’s patty and suddenly it’s a horrifying demonstration of how many “chemicals” or “preservatives” must be in a fast food meal.

Same deal with the bun: Toast some bread and let it dry out, and you have croutons, or crunchy breadsticks, or crackers — unless the bread was a bun from a restaurant that sells cheap burgers, and then it’s a cautionary tale about how fast food is “not food substances.” We have a deep dive into non-rotting burgers here, concluding that this myth is a big nothingburger.

Myth: Fast food burgers are full of eyeballs and worms 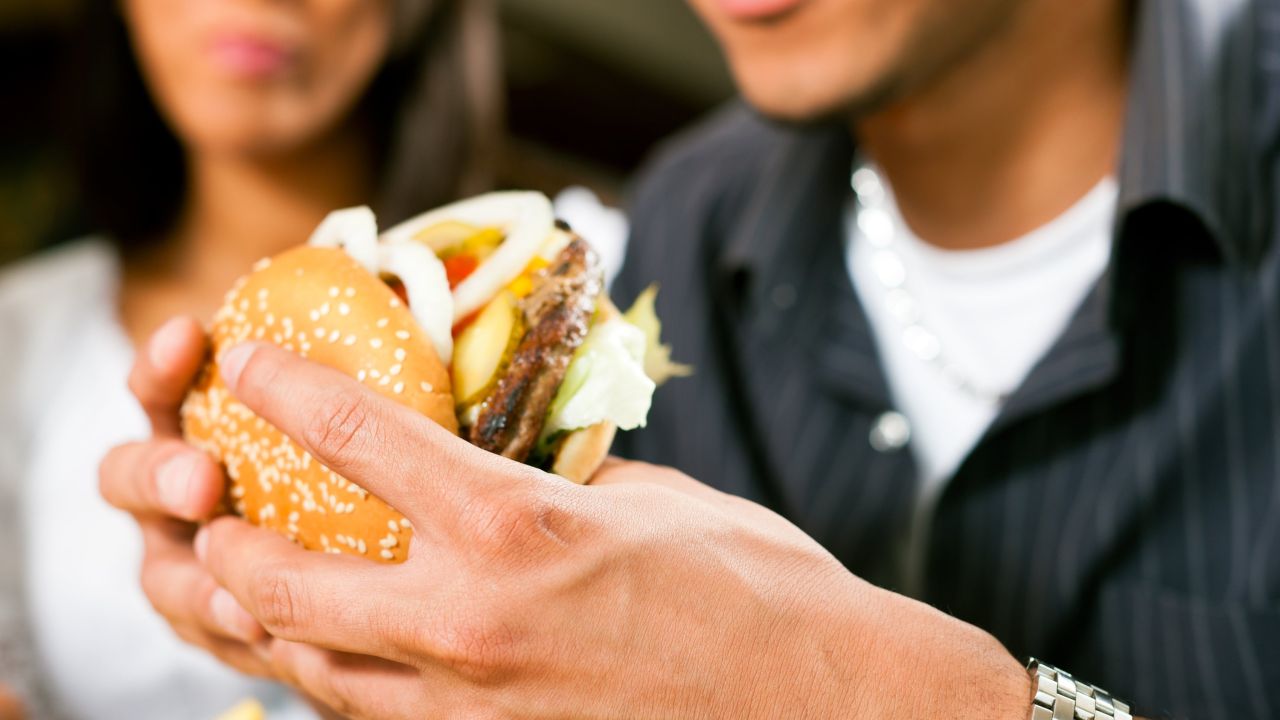 What’s in a McDonald’s burger? All kinds of gross stuff, one assumes. Oh, the ingredients list says it’s 100% beef? Must be some kind of a trick.

One urban legend holds that the burgers are purchased from a supplier named “100% Beef” which happens to sell burger-like objects made from anything but its namesake. Ground beef is often made from less-marketable cuts of meat, but we’re talking sirloin trimmings, not eyeballs. In truth, it’s far more profitable for a meat supplier to sell cow eyeballs to science labs than to grind them into burgers. It’s a similar story with earthworms, which have also been rumoured to be a main ingredient of McDonald’s burgers; worm meat is not produced at anywhere near the scale of beef and is far more expensive.

Myth: Jelly is made from hooves 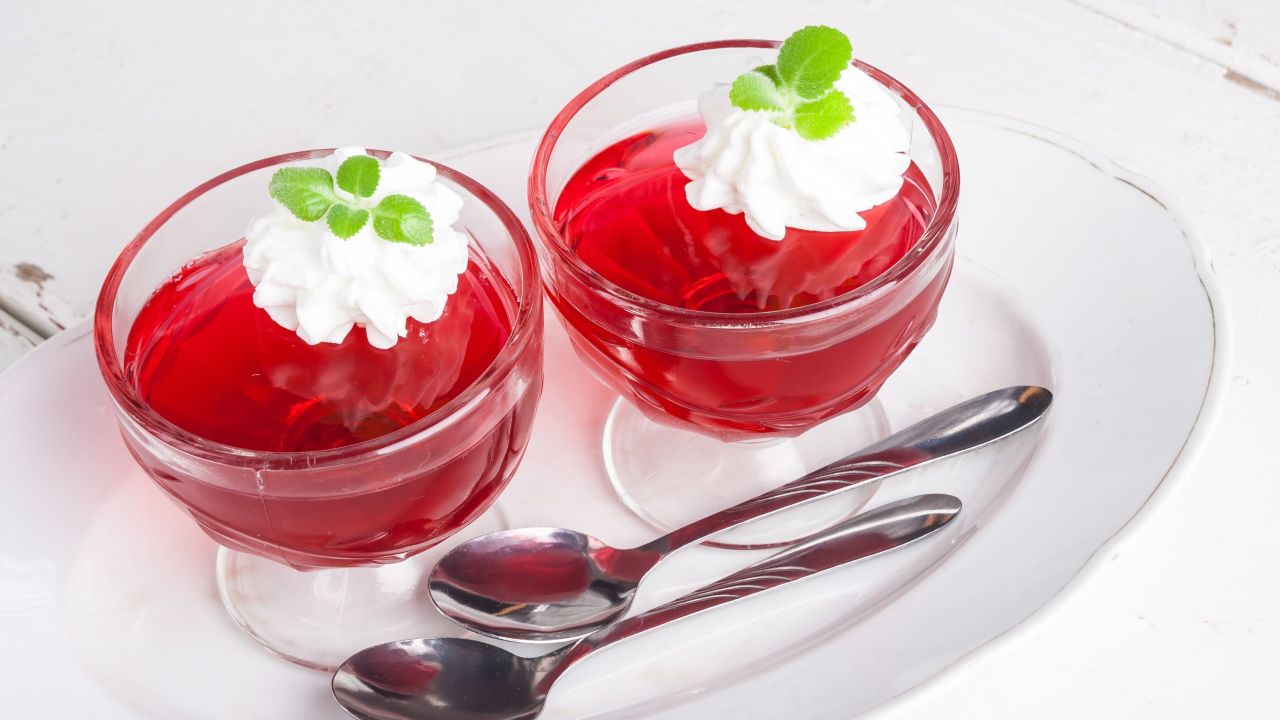 This one is almost a rite of passage: as a child, you’re served sweet, fruity Jell-O and don’t question what it’s made of. Then you learn that its main ingredient is gelatin and gelatin comes from animals?!

So far, that’s all true. Gelatin is made from collagen, and collagen is a major protein component of connective tissue. Connective tissue occurs in many, many places in an animal’s (or human’s!) body, including parts that are not otherwise marketable as meat.

But, sorry, not hooves. Hooves may contain some collagen, but they are mainly keratin. Gelatin is made from skins and bones, usually of pigs and cows. If that’s still gross to you, you are welcome to give your uneaten Jell-O to me. 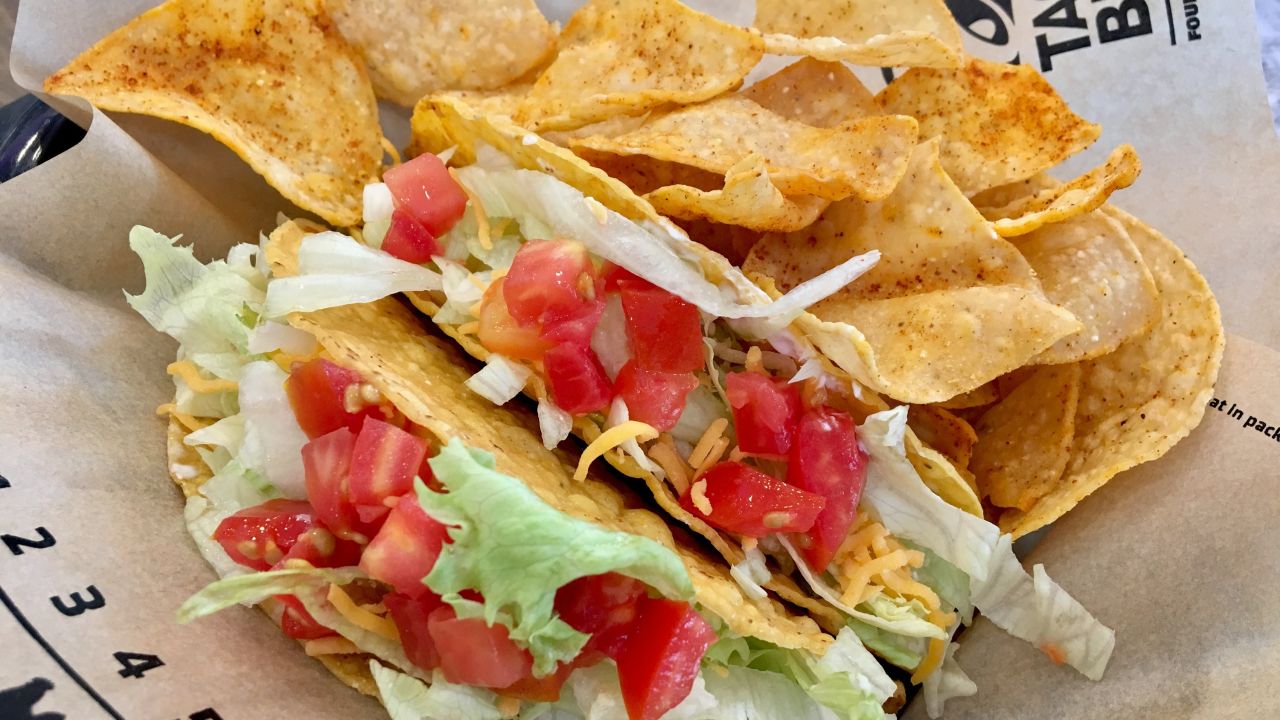 Taco Bell is lucky enough to stand at the intersection of two targets of urban legends: It’s a fast-food chain serving meat, and it serves food associated with Latinx cultures. (Xenophobic food-related urban legends are a whole genre unto themselves.) The same kinds of things people say about McDonald’s burgers have also been said about Taco Bell’s seasoned ground beef, but there’s more.

One lawsuit alleged that the chain’s taco beef was only 36% beef, leading us to speculate what the hell is in the other 64%. (About the only plausible answer would be meat from other animals, or mayyybe textured vegetable protein (TVP). If you’ve ever tried to make chilli with TVP, you’ll know it’s not a great substitute.) The lawsuit was eventually dropped, and Taco Bell’s recipe turns out to be beef with a bunch of pretty normal seasonings. There’s soybean oil in the sauce, oat flour to thicken it, nutritional yeast, garlic, and so on.

Another myth is that Taco Bell’s taco beef contains horse meat. This, again, has a kernel of truth: Taco Bells in the United Kingdom were once found to be using meat from a supplier that included “more than 1%” horse meat in the mix. The meat was recalled. (The same supplier had sold the meat to IKEA, too, by the way.) Taco Bells in the U.S. and Australia do not use European suppliers, so this was never an issue here. 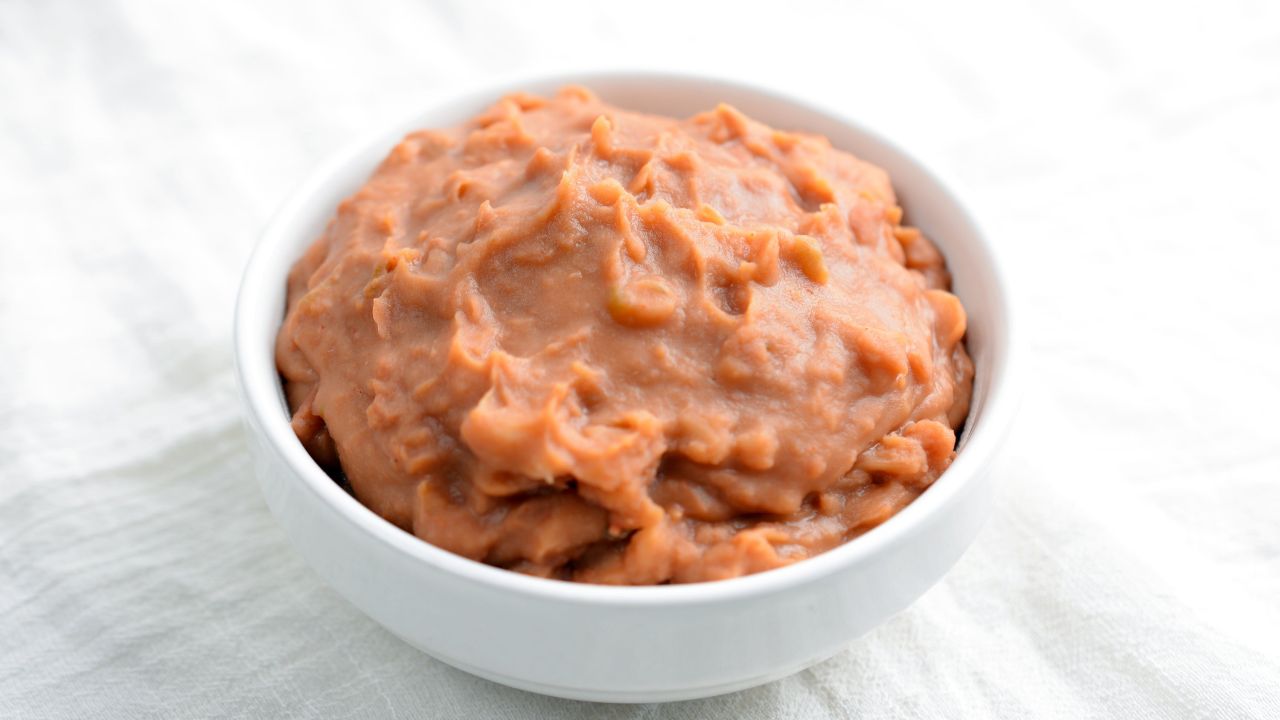 Every now and then, a fast food worker will post some aspect of their job on TikTok (or whatever is the dominant platform of the time) and some small corner of the teenage internet will absolutely lose their shit.

In one recent edition of this frenzy, people are scandalized that KFC’s mashed potatoes are not lovingly mashed from actual potatoes in the store; the potatoes are mashed at a factory, dehydrated, and reconstituted before serving. Before that, it was Taco Bell’s refried beans, which arrive at the store as dehydrated pellets. You can buy boxed mashed potatoes and instant refried beans at the grocery store, people. They’re fine.