13 Foods That Should Be Banned From the Holiday Dinner Table, According to Lifehacker Readers

Last week, while thinking about a particularly unimpressive turducken my family made one year, I asked what foods should be forever banned from the Holiday dinner table. Quite the provocative question, considering holiday gatherings — and the food therein — is laden with childhood memories, nostalgia, and sentimental attachment. While some earnest readers pointed out that all food matters, many delivered the strong opinions we were hoping for — and we’ve rounded up the best responses here.

Keep in mind that the only opinion that matters on what to serve at Thanksgiving is your own (well, and that of your guests). Who cares if strangers on the internet crush some of your childhood favourites — right? Right. 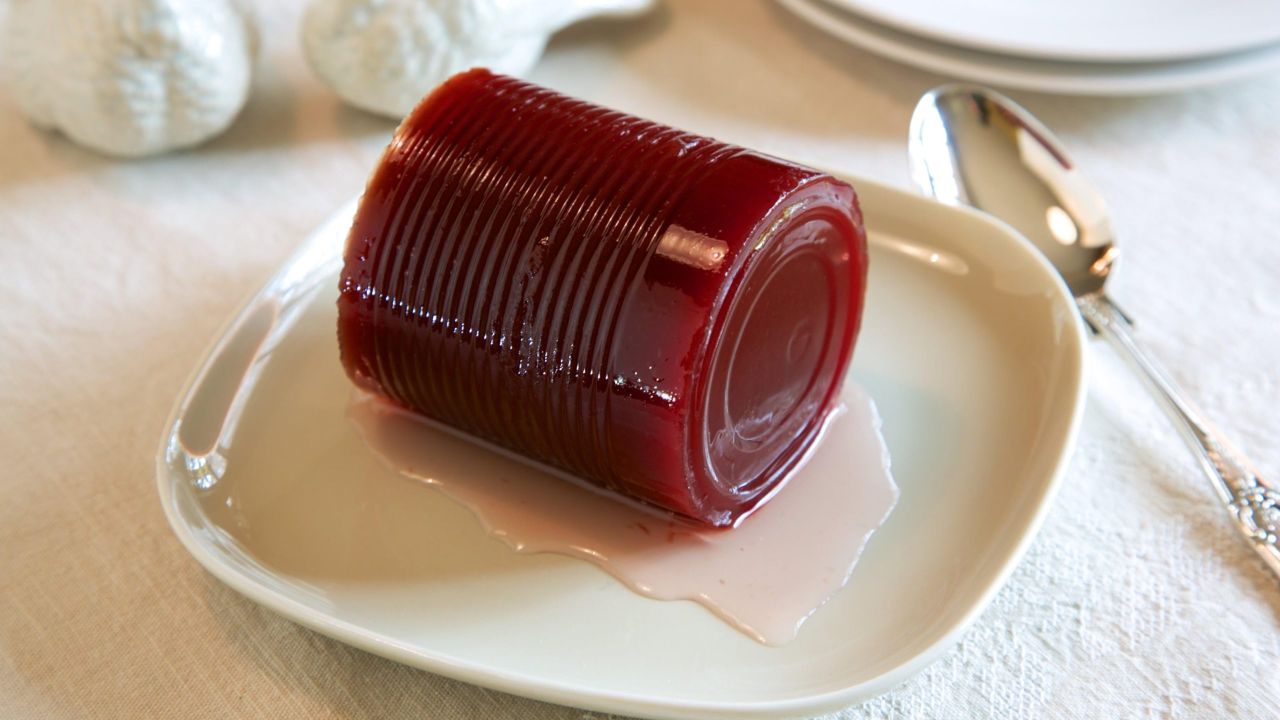 When one commenter, Sweet Trav, wrote, “I adore canned cranberry sauce. Better than homemade 100% of the time,” we thought he was but stirring the Kinja pot, looking for a mid-day tussle. But when jbrown2112 backed him up, saying, “I even like the ridges, tells me where to cut,” our eyes blinked overtime trying to adjust to this alternate reality. Like the ridges — those pre-fab demarcators of the machine from whence this creation came, and lived in for months? Then people chimed in with their distaste for this approximation of actual cranberry sauce, and all made sense again.

“At least stir it up first. Something about the tube shape with ridges looks obscene. Please don’t serve it that way!” ~AngryBob-VA

As Dr Emilio Lizardo pointed out, “homemade cranberry sauce…takes about as much effort to make as it does to open a can, and it tastes about a thousand times better. I mean, dump three things in a saucepan and simmer for a few minutes. If you can make instant ramen, you can make cranberry sauce.”

DancingPolarBear added that they only “use it on left over sandwiches…as a jelly, if that make sense.” Yes, it does makes sense, DancingPolarBear, because that’s exactly what it is — jelly. Weird, flat, soulless jelly.

But user diasdiem would not be silenced: “All you Anti-Cannies can take your grandmother’s home-made organic artisinal cranberry sauce made with love and a secret blend of spices and shove it up your asses. RIDGES FOREVER!!!” 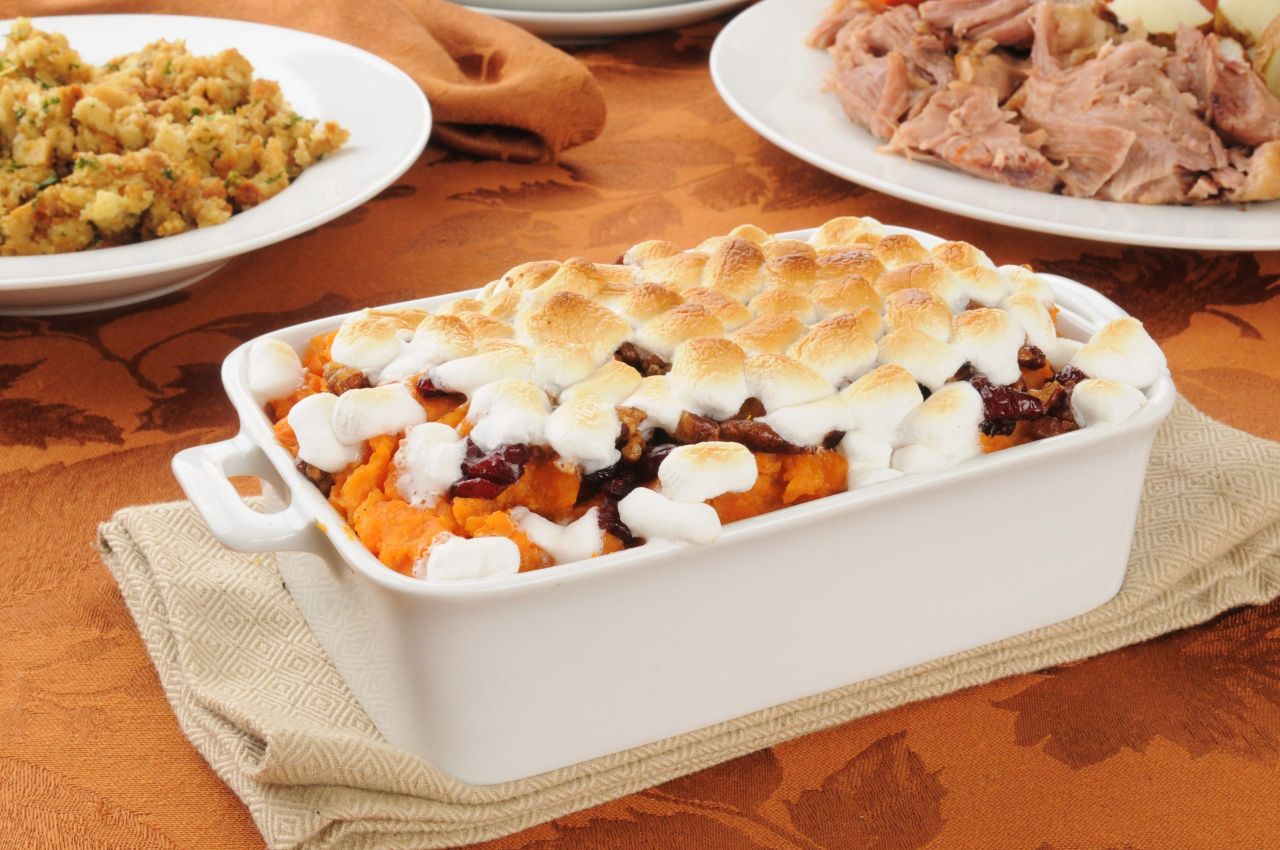 Sweet potatoes are good, ok? On their own. Perhaps mashed with milk, butter, and a touch of cinnamon. But we agree that, in the words of panthercougar, “the sweet potato abomination that is loaded with sugar and topped with marshmallows” that graces many a Holiday table is an unnecessary detour from the main event. No doubt people who grew up with this as a staple of their childhood will have strong feelings about its necessity. (And those feelings are valid.) But its detractors had thoughts:

“That shit is vile! it ruins a perfectly delicious vegetable and renders it inedible. Why, america?” Antifaz

“I like sweet potatoes, but not ones that are the constancy of baby food. Nope!” ~FusiliJerry

“Sweet potatoes are pretty meh to begin with and turning them into a quasi dessert and serving with the entrees clearly is not helping.” ~The ‘Burbs

When someone asked, “What monster came up with that idea!?” zinzarin had a guess: “A marshmallow manufacturer, almost certainly. And they likely paid to have the recipe published in Better Homes & Gardens.” To which watcher_b replied: “Those bastards!” 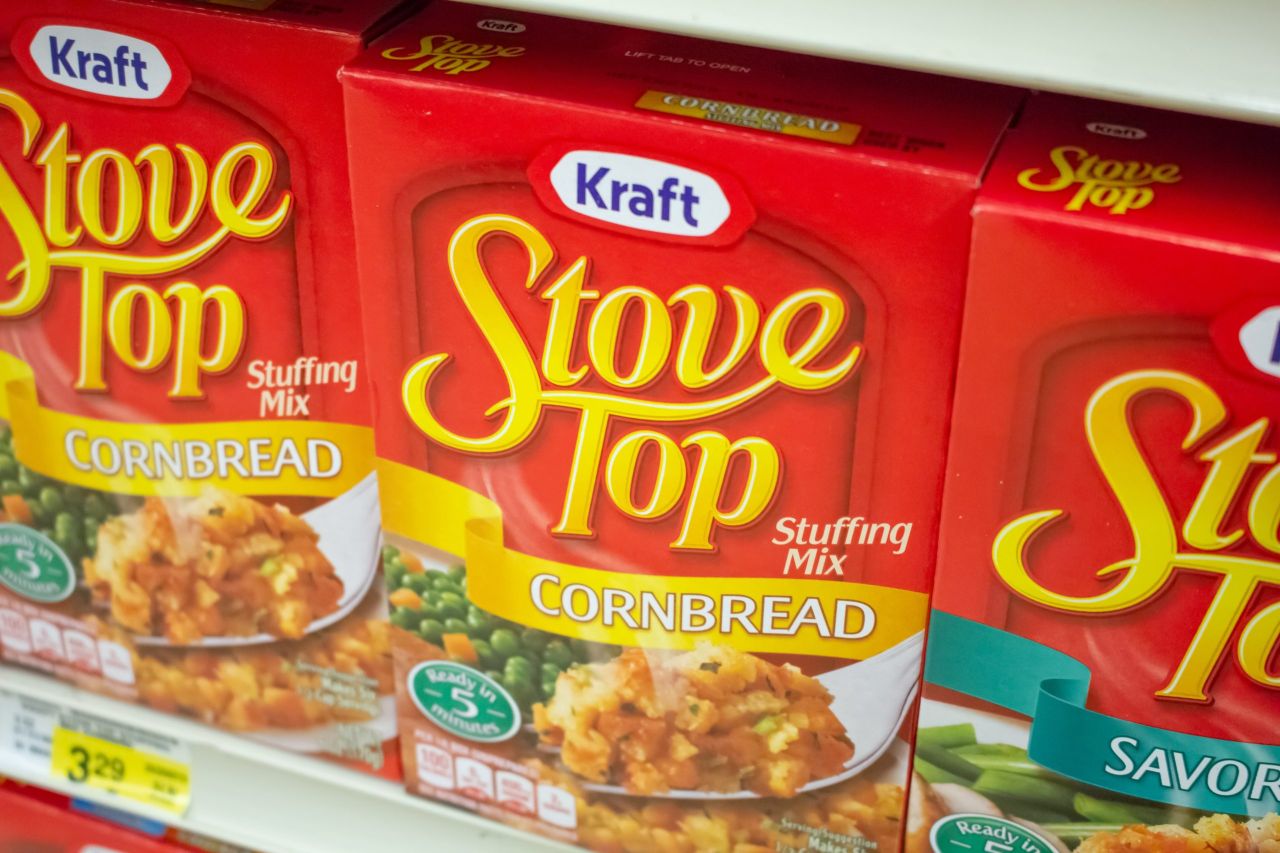 The instant standby Stove Top took it on the chin with VodkaRocks&aPieceofToast proclaiming, “No Stuffing at all is better than boxed stuffing. I will die on this hill. My Grandma swears by it, but I really think it’s a nostalgia thing for her.”

When panthercougar asked incredulously, “Who uses boxed stuffing at Thanksgiving? That really is criminal” Strossus answered, “People for whom the taste is nostalgia rather than any actual fondness for stuffing. Like most Thanksgiving food, the flavour of nostalgia will easily trump whole ingredient cooking for a lot, if not most, people.”

Strossus continued: “As someone who never really liked Stove Top I got my family to do the real made with sourdough and fresh everything stuffing and I thought it was finally fucking excellent and no one else was that interested and went back to Stove Top the next year.”

As someone who did this very thing only for it to barely register in the annals of family culinary history — same. 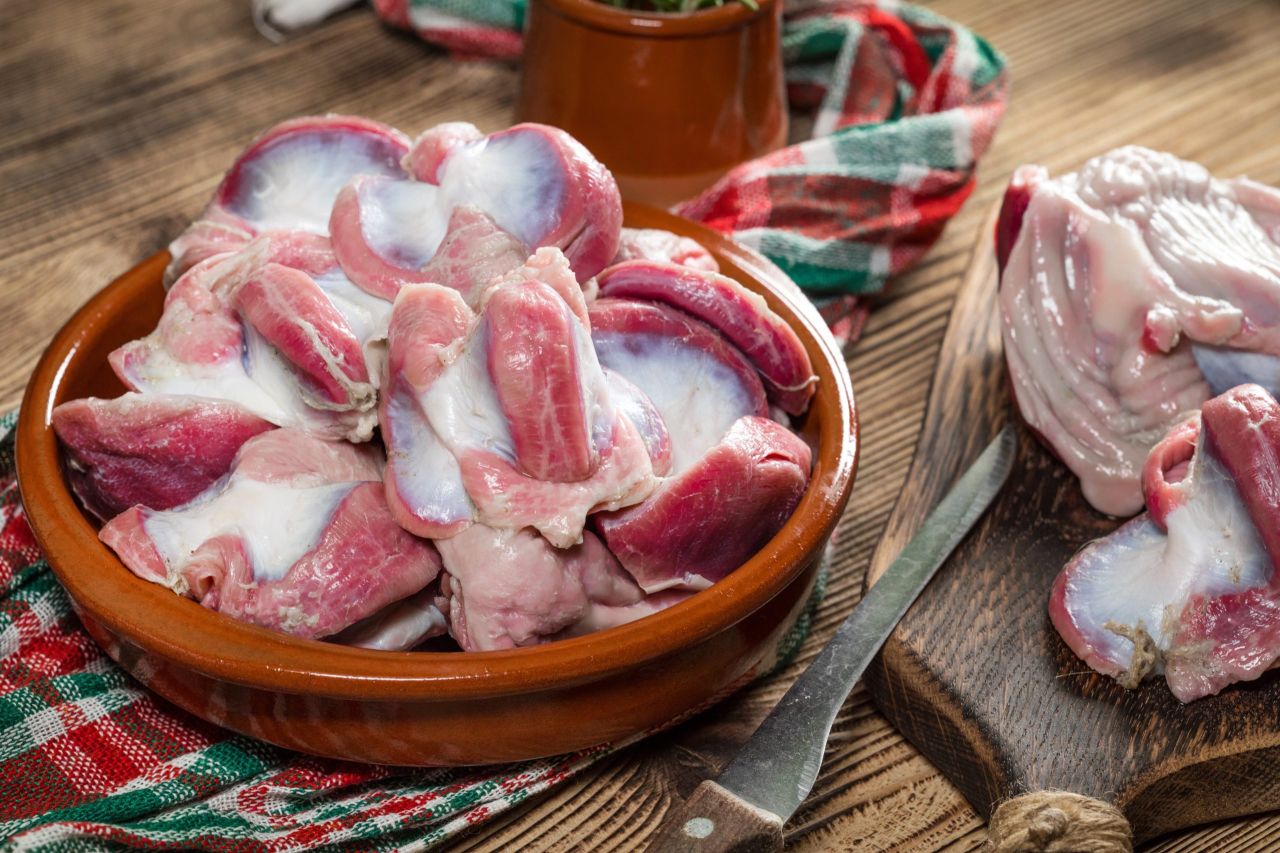 People were not fans of, er, other parts of the bird making it into side dishes and sauces.

“STUFFING WITH CHOPPED UP TURKEY ORGANS AND NECK!

“Giblets in gravy can be on this list. Fine if you want to use them for flavour, but I don’t want chunks of trash parts in my gravy. Gravy is supposed to be creamy.” DancingPolarBear

For that matter, turkey 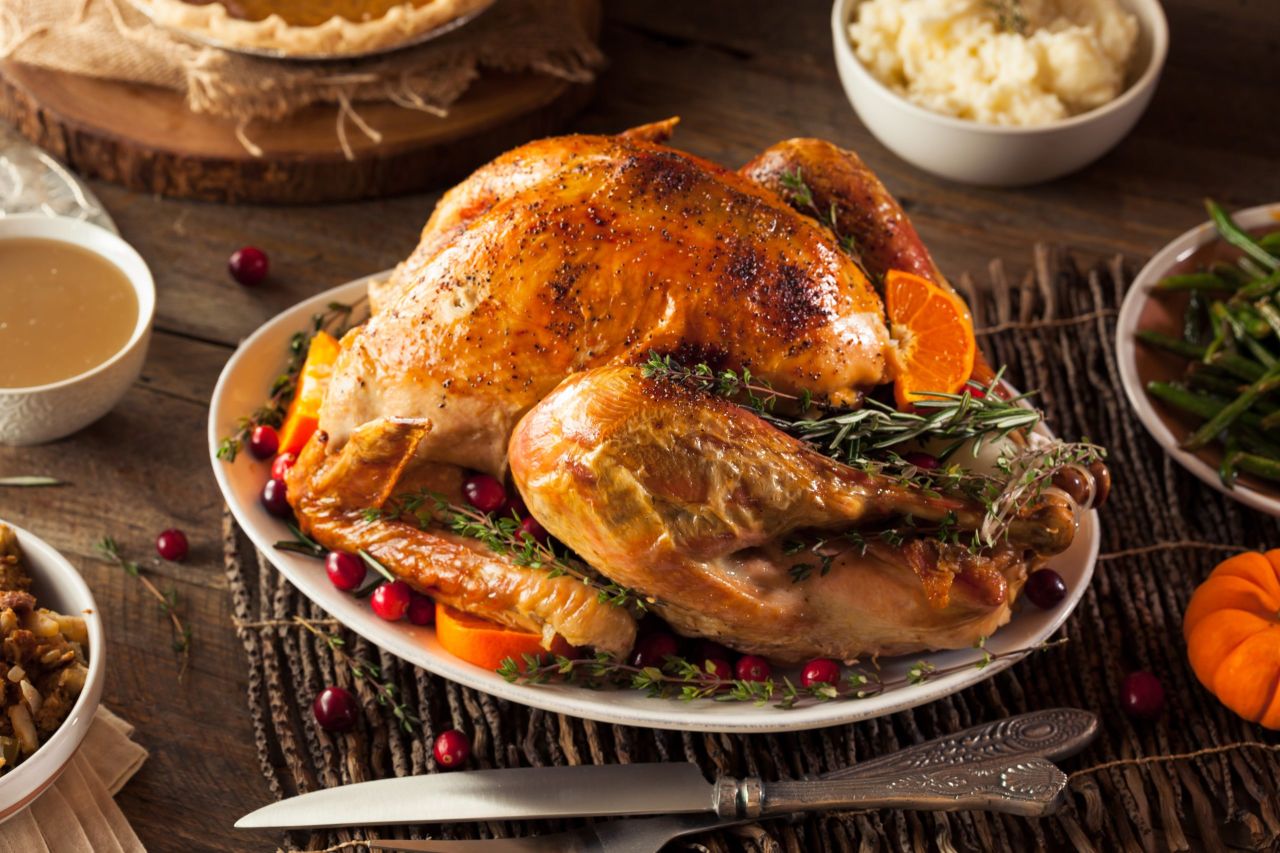 Some wanted to do away with the infrequently-eaten fowl altogether.

“Turkey, obviously. those poor birds have been bred to the point of being an abomination, and factory farming is killing the planet,” dr_bombay said.

While the next commenter plainly told dr_bombay to “fuck off,” Moose Knuckle was more diplomatic: “I agree with your choice but just because turkey just doesn’t taste good. There’s a reason we don’t often roast a turkey and that’s because there are way better food choices out there.” 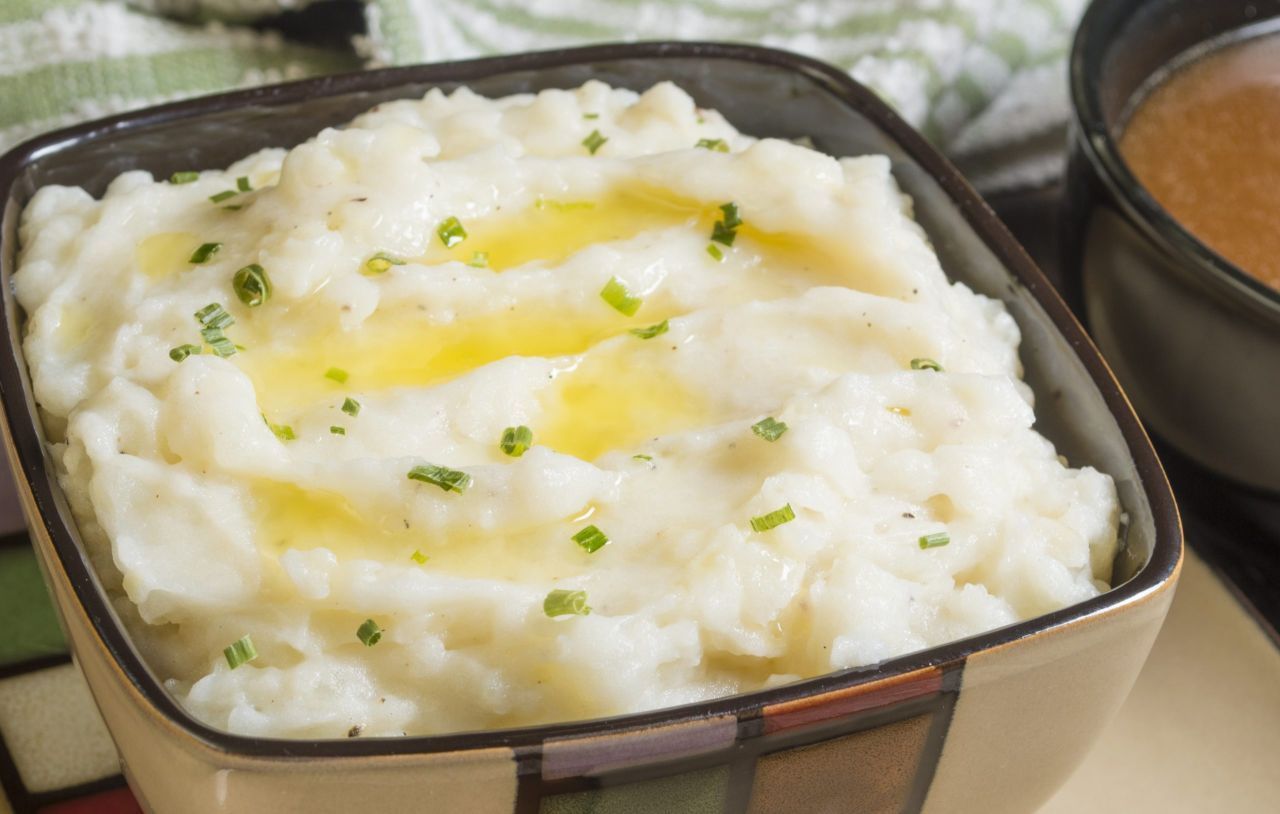 No — your eyes do not deceive you, and I am here for emotional support. Together, we can get through this. Someone suggested doing away with the very buttery, fluffy vehicle that, when doused in gravy and shoveled into one’s mouth on the same fork as stuffing, makes the damn bird edible in the first place. Knowing it was radical, they asked to be “heard out” and as a writer of journalistic integrity, I obliged.

“There’s a long list of Thanksgiving foods and mashed potato is rarely (if ever) mentioned as a favourite…It’s a (comparatively) flavourless filler side. They are also labour intensive to make and the resulting dish does not justify all the effort. OK, come at me. Deep in your hearts though, you know I’m right.” ~PhoebeCaulfieldTheThird

(We do not know you’re right PhoebeCaulfieldTheThird — we do not. But we respect your bravery.) While attempting to recover from this slander, Beadgirl added, “I would LOVE to serve a potato dish other than mashed, but my husband, kids, and father-in-law would riot. I can’t even add cheese or sour cream or something to them.”

People: Add sour cream, chives, garlic, buttermilk, cheese — whatever it takes to keep the spuds on the table! They must not be eliminated. They are imperative to our Thanksgiving survival. 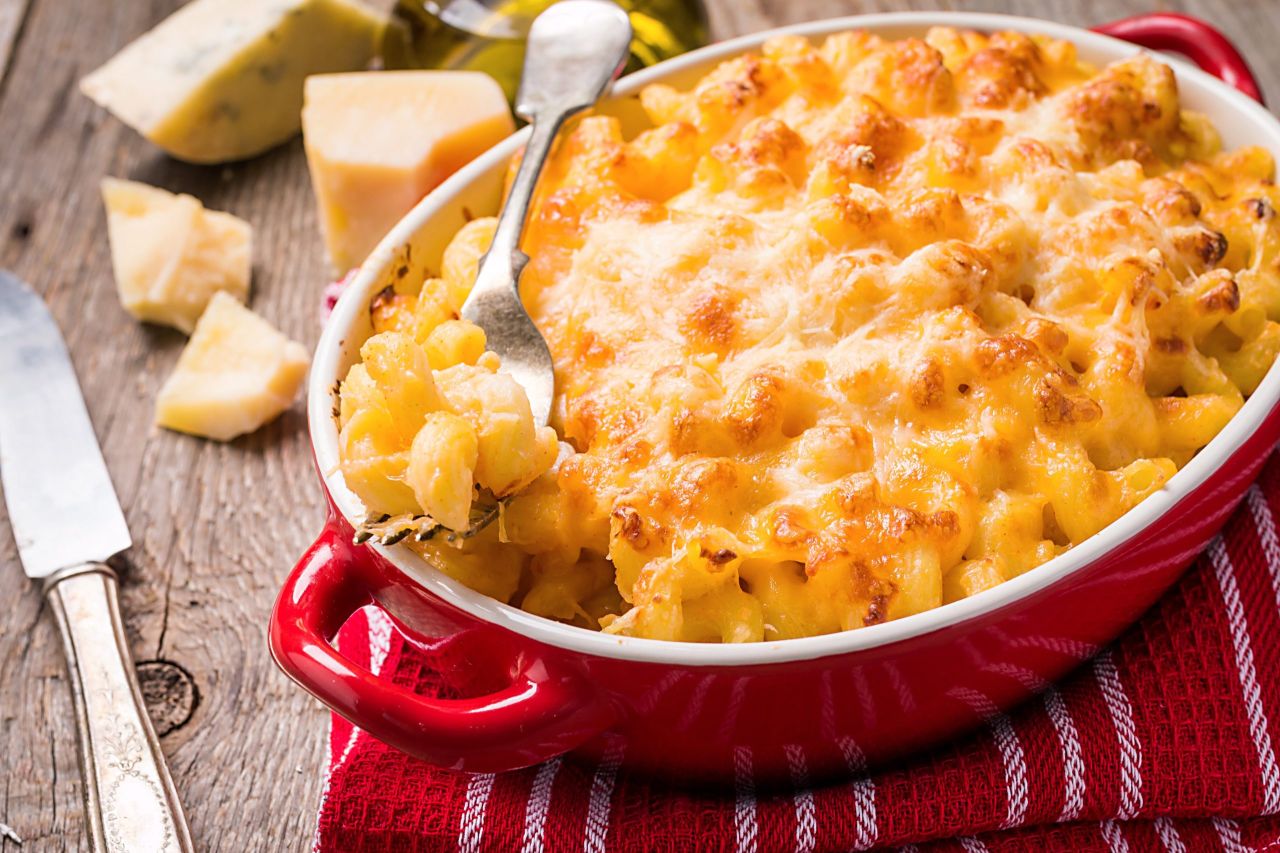 Perhaps because I have three small, picky-eating children for whom I have served mac and cheese once a week on rotation for years, it didn’t even occur to me that macaroni and cheese is served on the foodiest of foodie holidays. (No disrespect, mac and cheese is good.)

Or maybe it’s because I grew up in New Jersey, and according to FusiliJerry, including mac and cheese over mashed potatoes may be a Southern thing. “When I go to South Carolina, this is a staple at Thanskgiving and Christmas. They don’t eat mashed potatoes down there a lot and that is not in the meal.” Whatever the reason, some called for it to be banned.

“Controversial hot take: macaroni & cheese. Americans have 364 other days of the year to stuff their faces with mac & cheese, can’t we just leave it alone for one day and let some other foods get their time to shine?!” ~closet-meathead

“Agree. No reason to take up unnecessary stomach real estate with pasta at the Tday table.” ~showjo1 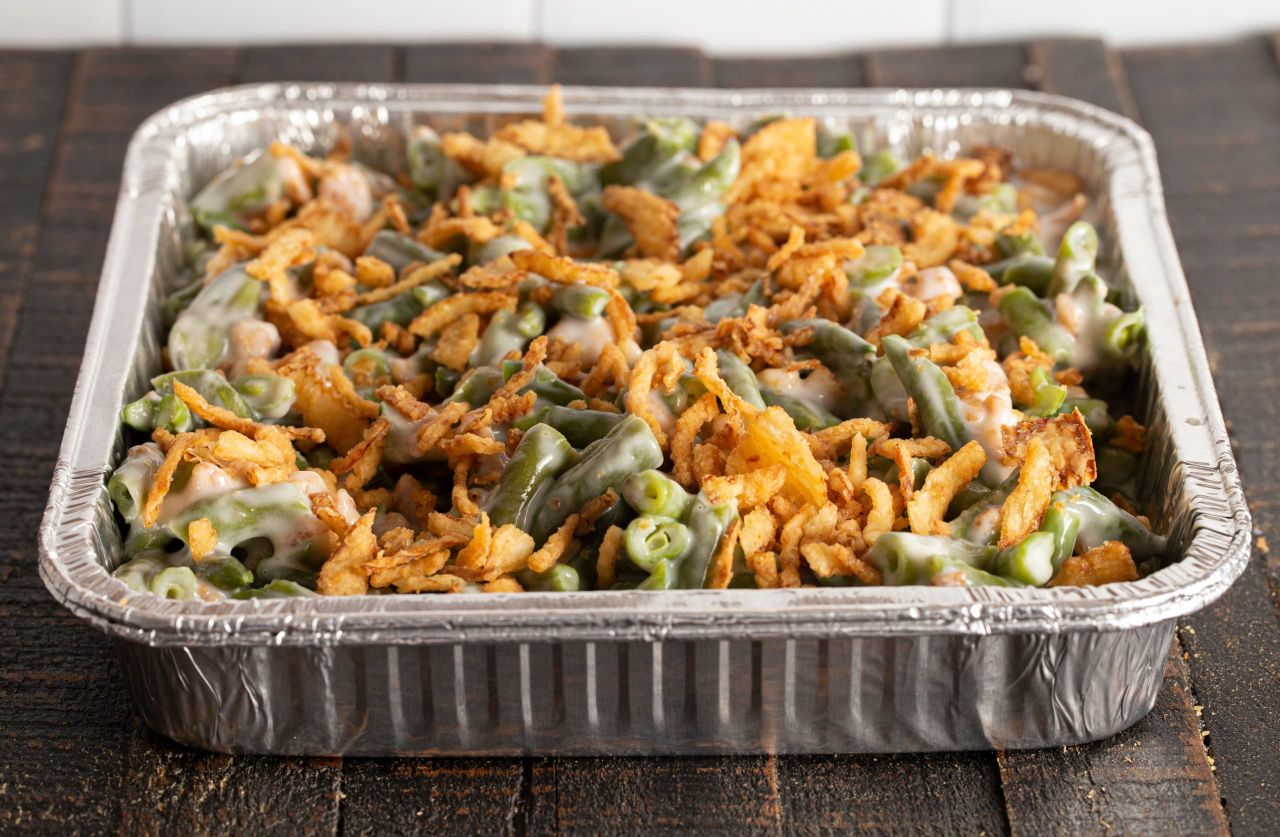 There were many vocal haters of the “classic” side dish of green bean casserole, 1/3 of which consists of cream of mushroom soup. Is it any wonder that the recipe was created in 1955 by one Dorcas Reilly at the Campbell Soup Company? Some said “the majority of the appeal lies in the crunchy onion topping.” As for the rest:

“Green bean casserole is apparently beloved, but i don’t get the love for it.” fwgkwhgtre

“Green bean casserole is like college food for me because we ate a load of it there, cheap and easy to make. Definitely not holiday food.” ~Murry Chang

“I hate green bean casserole. Burn it with fire!” ~FusiliJerry

“I went to a thanksgiving that used queso instead of creamed mushroom and green bean casserole finally made sense.” ~DancingPolarBear 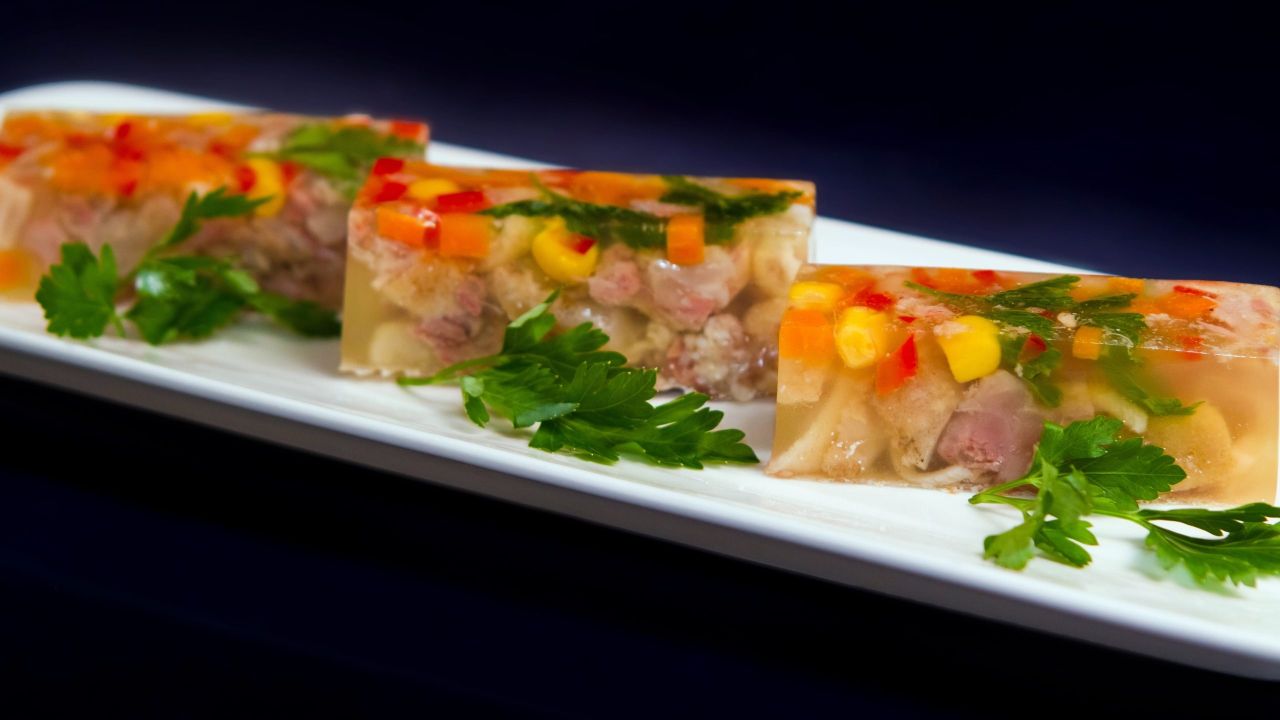 While one, lone reader, celer.aqua, commented, “We served jello salad at Thanksgiving last year and the kids loved it. Came back for seconds. It was the hit of the evening,” the majority were opposed to the gelatinous, misleadingly named food. When Sean Malloy posted a pic of one exceedingly creepy looking vegetable-based jello salad, saying, “too many of them look as if they’ve already been eaten once,” others concurred.

“Geh, yes, terrifying; I’m so grateful none of my grandparents were into that, or passed the recipes down. Cannot do/eat.” ~fwgkwhgtre

“That looks like the 1950s, and I should know. Our mums would actually make shit like this and serve it. To this day, I can’t eat Jell-o.” ~Claire Reyes is in the greys

(P.S. What’s the pinkish brown stuff that looks like meat in the picture?! I’m so afraid.) 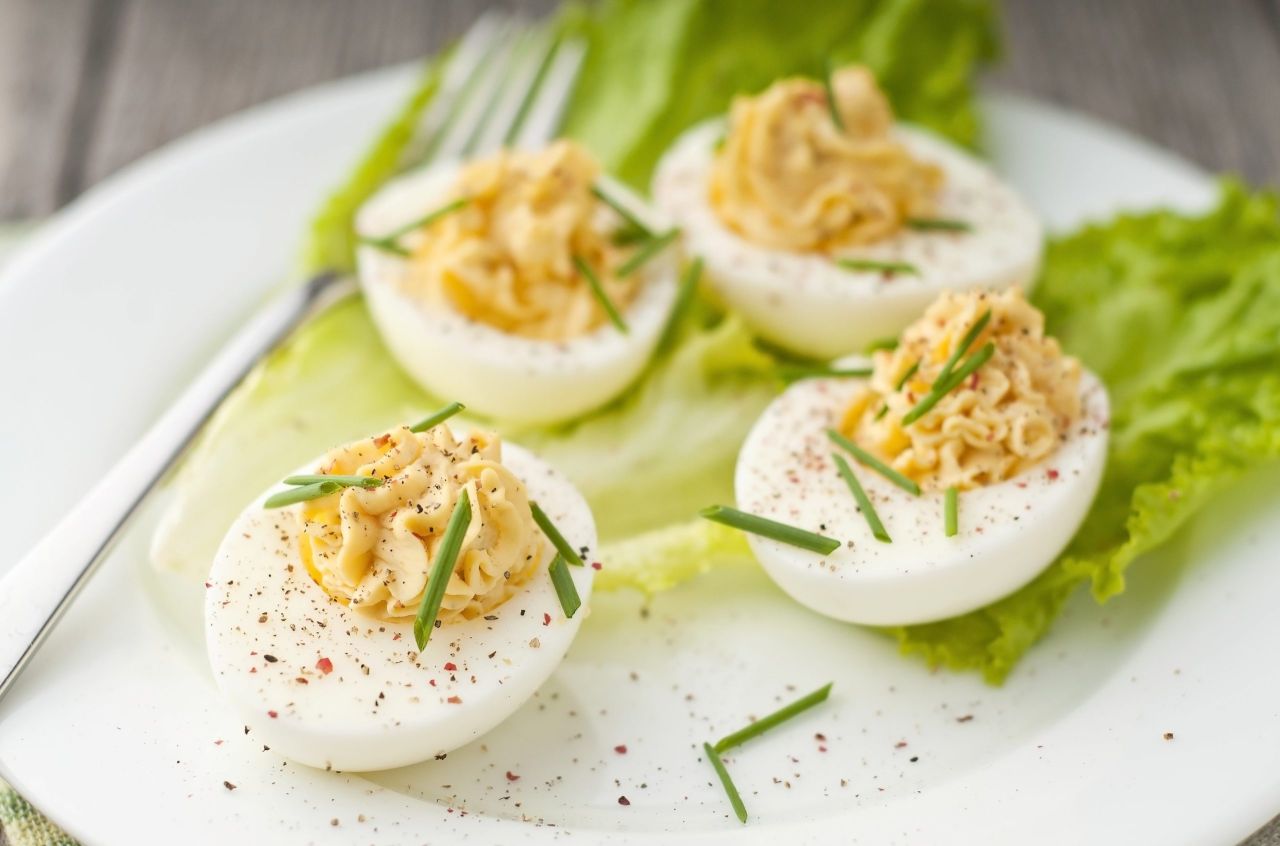 “Deviled Eggs. They are a thanksgiving staple in my family. Deviled Eggs are disgusting and the people who like them are monsters. Including my family.” ~Sweet Trav

“Sorry man, but I think you’re the monster. That shit’s delicious.” ~SlightlyDead

“Convince any of the people in my family that make them to reduce the cooking time so they don’t stink of sulphur and I might agree with you but as is they stink both literally and figuratively.” ~Strossus 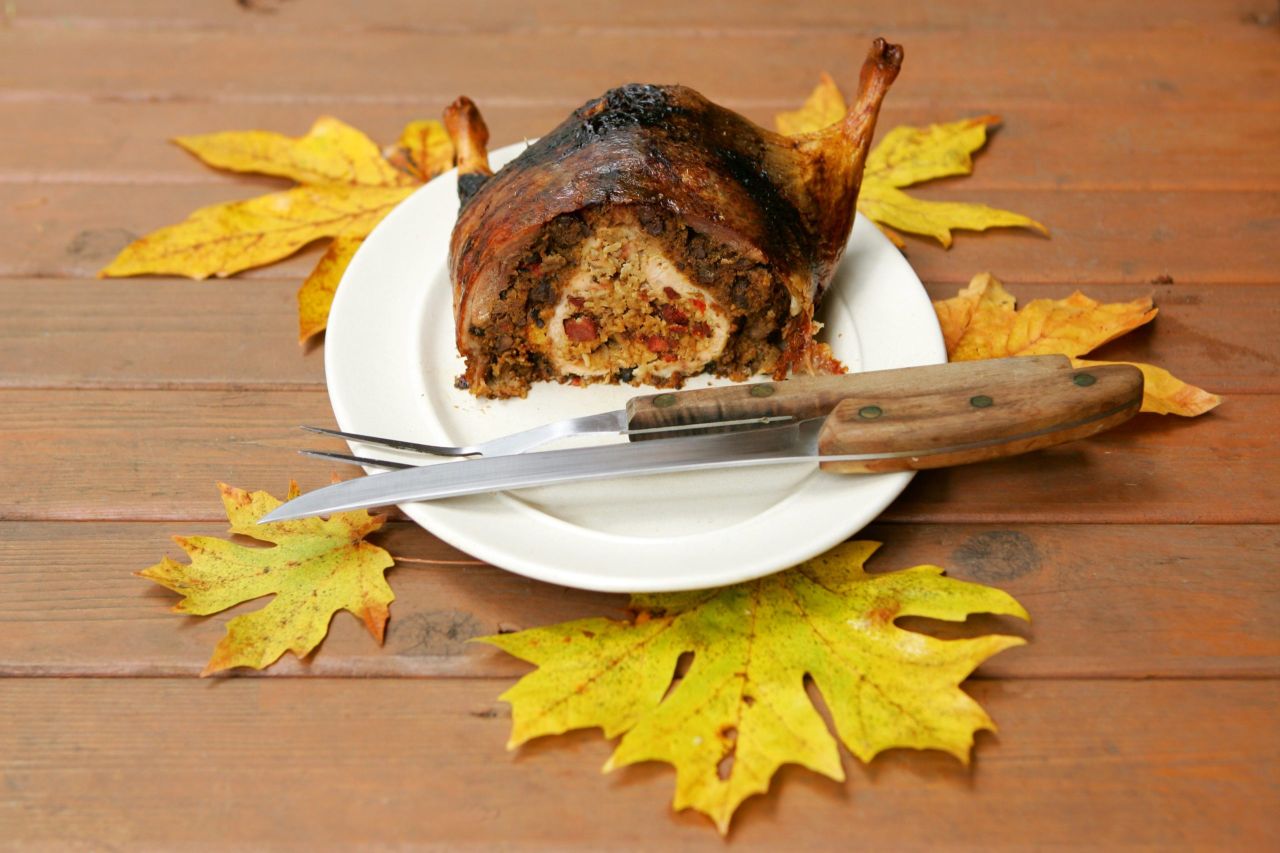 Jalapenoman thinks “Turducken should be banned. Not that the individual flavours are bad, just the thing cooks so long, it is dry as can be. I cooked one once, never repeated.” (Side note: “Oh, and Jello salad with chunks of stuff can stay far away from me.”) We wholeheartedly agree, this whole post being inspired by my brother-in-law’s assessment of the turducken we experimented with one year, which took approximately 37 hours to cook and, “Tasted like a duck crapped out of a turkey’s arse.”

Actually, not anything canned, because many things that end up on the Thanksgiving dinner table have a can origin story. To be more specific, according to tulleytwo, “Anything vomited from a can and put into a serving dish. I’m looking at you cranberry jelly, you too sweet potatoes with marshmallows. Oh, and cream of mushroom soup, you can fuck off as well.” 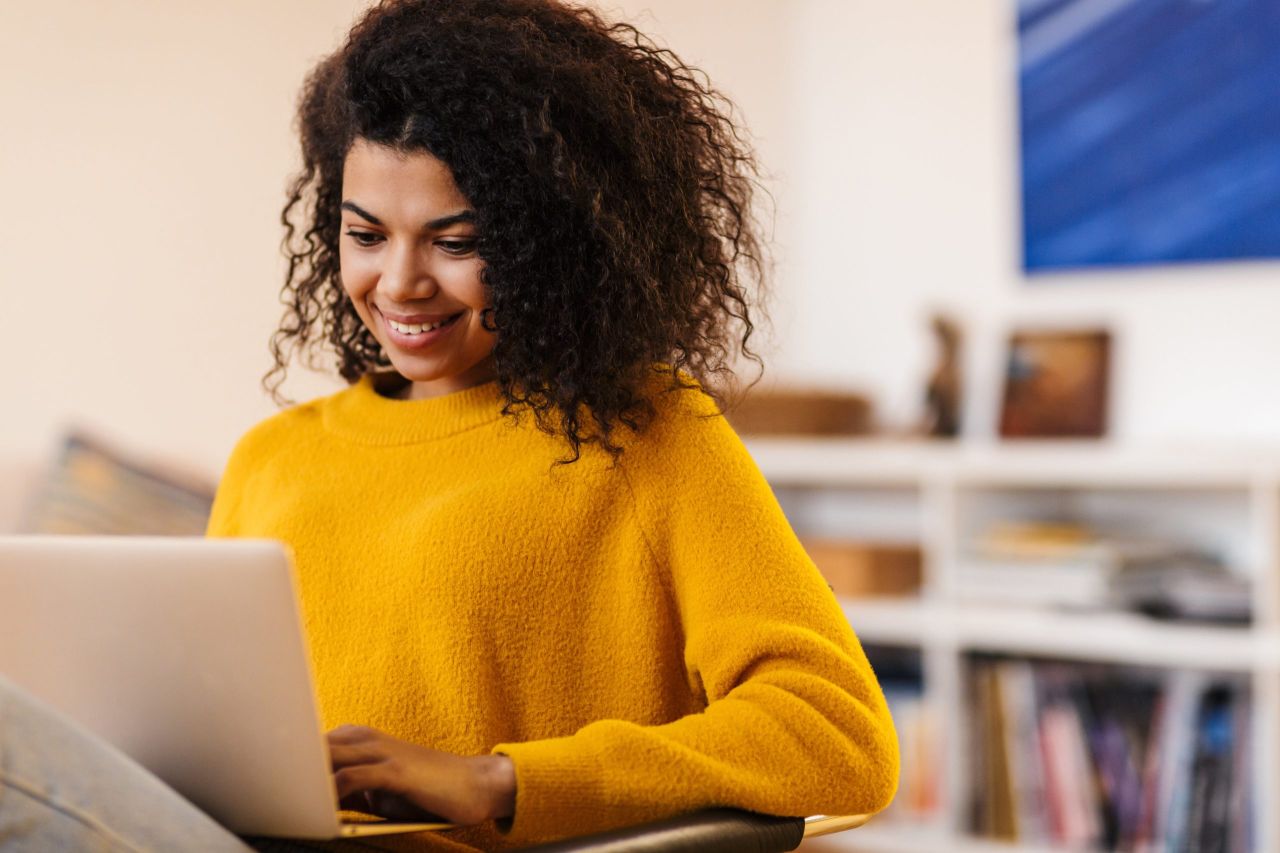 One reader was not down with the entire exercise of engaging in an ultimately pointless, but lighthearted and diverting discussion about foods to dismiss from the holiday. “Food shamers should be banned from the Thanksgiving dinner table. I’m sure there are plenty of folks who would gladly eat anything put before them. Yeah, this article was purely for entertainment but…thankfulness.” ~Honkbonk

Yes, thankfulness. That we can travel after lockdown, gather with family, enjoy plentiful food…and have harmless banter and a few chuckles on the internet. We’re just trying to have a little fun here, man. Let us live, Honkbonk. Let. Us. Live.