There are now actual buttons for running apps side by side, and as this new system builds on top of the last years, you can still use the drag and drop gestures if that’s what you’re used to. Here’s what you need to know about the new Split View features in iPadOS 15.

How to use the new multitasking menu in iPadOS 15

The previous method still works: You can drag a new app from the Dock and placing it at the edge of the screen to enter Split View mode. But this limits you to apps just in the Dock, and Apple’s new multitasking system finally fixes that fatal flaw.

When you have an app open, tap the new three-dotted menu button at the top (you’ll find it in the middle of the status bar).

This will show three different options. The first is for opening the app in Fullscreen mode, the second is for Split View, and the third is for Slide Over. Choose the Split View option.

You’ll see the app animate and dock itself to the right edge. The entire iPad home screen is now available to you. You can browse around and pick any app from the home screen, App Library, or search. Once chosen, the app will be docked in Split View. You can now resize the windows using the black bar in the middle. 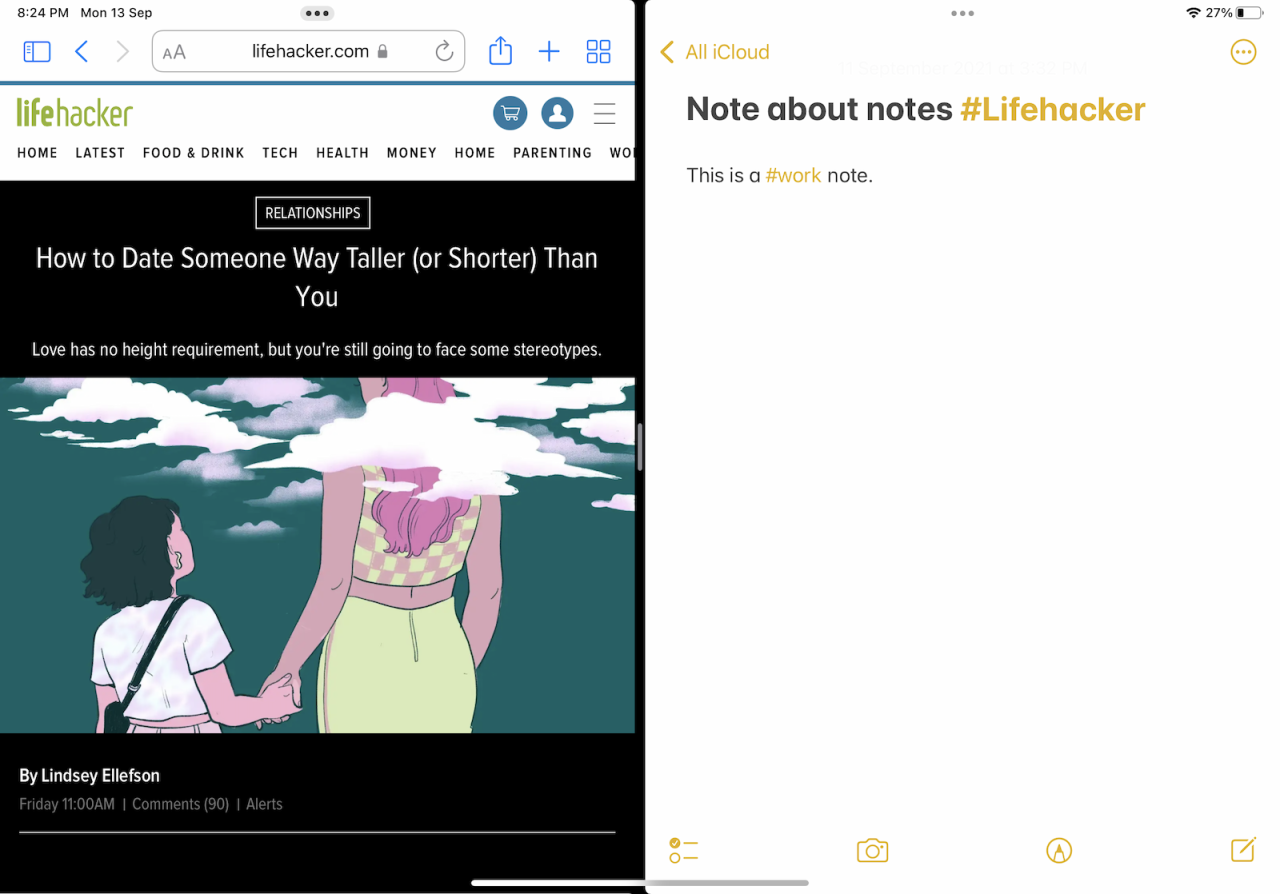 How to use the new App Switcher in iPadOS 15

iPadOS 15 also overhauls the App Switcher. You still access it by swiping up from the Home bar and holding on for a second or two. The layout is still familiar (and everything else, like swiping up to close an app, works the same), but Slide Over windows now get their own section at the end. Here, you can flip through and switch to any Slide Over panel. When an app has multiple windows open, you’ll see a little Windows icon next to it (it looks like two cascading squares). When you tap on it, you’ll be able to see all the windows from the app (including Split View and Slide Over windows) on one screen. 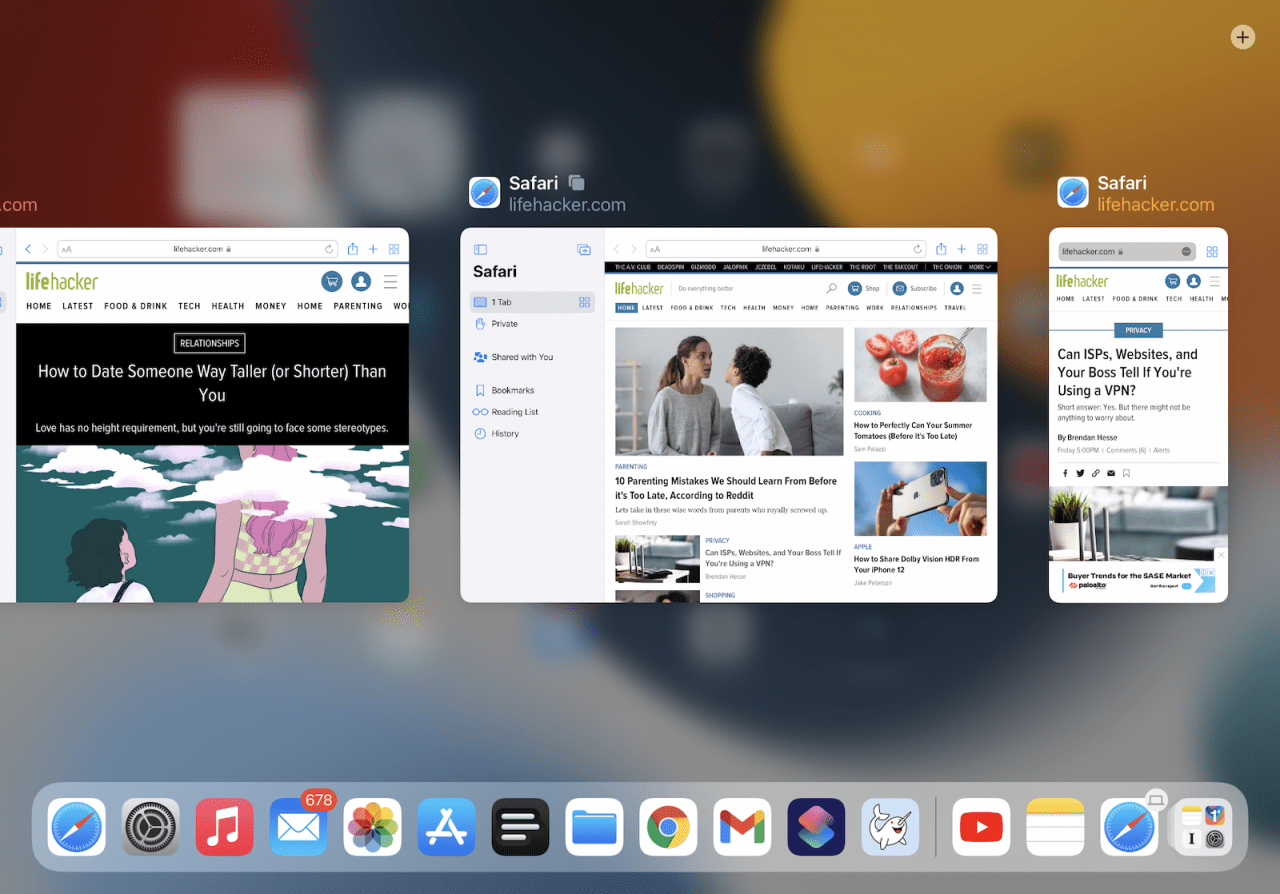 How to use the Shelf on your iPad

Multiple app windows bring us to a new feature in iPadOS 15 called the Shelf. This is a new Dock-like panel that appears when you open an app that has multiple windows.

You can also access it by tapping the multitasking menu button. This is essentially a quick, visual way to switch between multiple windows of the same app.

In iPadOS 15, however, you’ll see a Multitasking tab, where you’ll come across a set of new and powerful keyboard shortcuts just about multitasking. If you use your iPad or iPad Pro with a keyboard accessory, these shortcuts are worth committing to your muscle memory:

Globe+Left/Right Arrow: Quickly move between the previous or the last app (or the app pairs).

Globle+Down: Show all open windows for the current app.

Globe+Tilde: Go to the next window.

How to exit Split View on iPad

When you want to make an app or window full screen, just select the multitasking menu button from the top (three-dots icon), and choose the first Fullscreen icon (rectangle that’s completely filled in).

And voila, both apps are now unpaired.