Last night, as I was trying to wind down, I saw a tweet that read “what a normal and ultimate spaghetti hack!” There was a video attached. In this video — which is a rip-off of an older TikTok video — a white woman in a “Plant Lady” shirt pours cold two cold, Costco-sized jars of Prego onto a granite (or maybe it’s marble) slab, while a different white woman coos in the background. She then adds meatballs of an indeterminate temperature, far too much powdered parmesan, and a whole lot of steaming, clumpy spaghetti before mixing it all together. Everyone who sees it hates it, and that is the point (I think).

It’s also fake as hell. The food is real — the white Plant Lady really is wasting all of that pasta — but the video is not genuine. As Eater reported just today (as I was writing this, conveniently enough!), all of these videos with blandly attractive, thin, white women can be traced back to a magician who has the audacity to be named “Rick Lax.” Lax described the production of the videos as “both friendship and business,” and told Eater he would “object” to anyone calling the recipes “gross.” 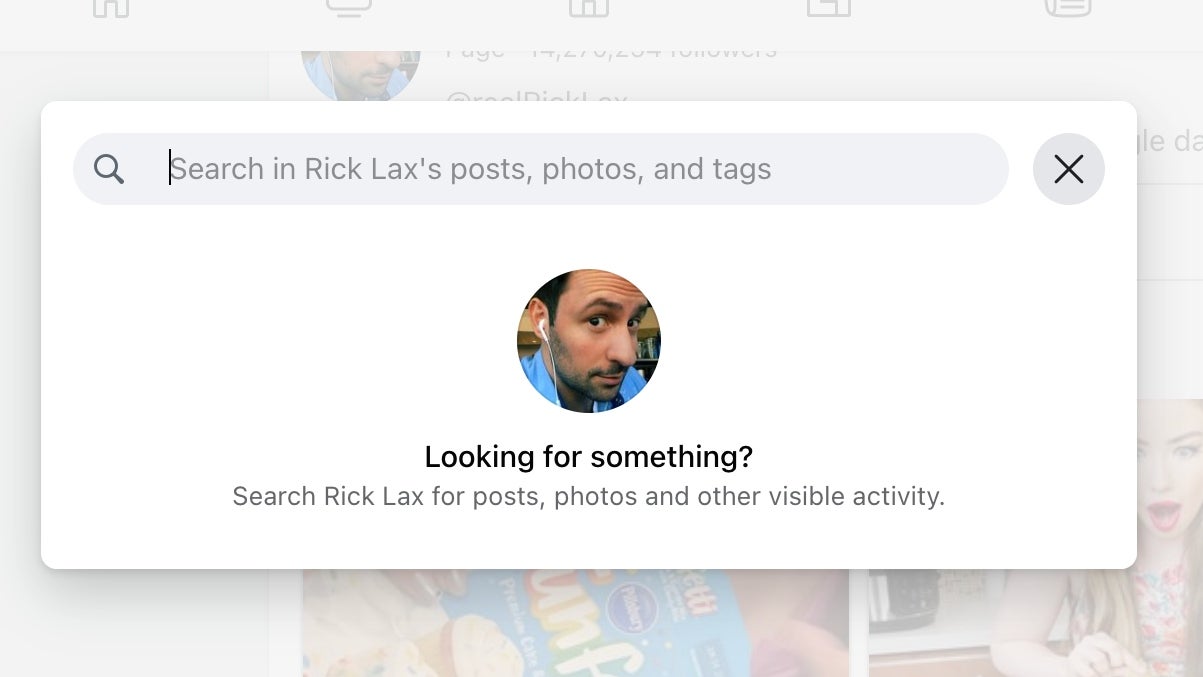 But they are gross. And — worse — they aren’t even funny. The women in the spaghetti video can’t even fully commit to the bit by using their actual countertop. (If you look closely, you will see this coward is actually assembling her pile of garbage on a slab set atop her actual counter.) There is a vague attempt at humour at the end where both women instruct you to “fold it in” with an ever so slight Moira Rose affectation — a reference loved by white women everywhere — but the video is not entertaining. There is no joke. There is no payoff. There is no resting place. (Blackhead extraction videos are more satisfying — and less grotesque!)

After falling for exactly two of these types of videos (one of which came from Rick Lax productions), I’m over it, and I invite you to be over it with me. There are so many real things to be angry about; there’s no reason to let a woman in a “Plant Lady” shirt take up valuable space in the rage portion of your brain. The impotent anger you feel after watching someone smear food on a countertop (or slab set on top of a countertop) in an otherwise pristine and quite spacious and probably expensive kitchen is what gives Rick Lax power, and he and his army of white women will not go away until we stop looking at them.

How do we do this? There are two steps here: identify and ignore. Once you know you’re dealing with this particular type of troll, simply pretend you do not see it. Do not comment. Do not share. Do not send it to anyone. (Then refresh your brain by gargling your mind throat with a good food video — like Sohla’s on Food52, Lucas Sin’s or George Lee’s Instagram content, or Kevin Ashton’s TikTok, to name a few.)

Identifying can be the (kind of) tricky part, but once you know what to look for, spotting this kind of troll is easy. Here are some questions you can ask yourself if you think you’ve stumbled upon such a video in the wild, whether produced by a magician or not.

The impotent anger you feel is what gives Rick Lax power, and he and his army of white women will not go away until we stop looking at them.

Does the food look good?

Look at the food on screen with your eyes and ask yourself if you would want to eat it. If the presentation is slovenly, cartoonishly unappealing, or if a real human guest would be insulted by it, the food is probably not meant for actual human consumption.

Does anyone eat it on camera?

If they won’t eat it, you shouldn’t either.

Does the reasoning make sense?

A “hack” is only a hack if it solves a problem, or makes a recipe easier, faster, or better. Let’s take one of my absurd blogs as an example. Smartfood popcorn grits could easily be interpreted as a straight-up troll, but if you read the article, you’ll see that popcorn grits have been around for thousands of years, and all I did was used cheese-flavored, pre-popped popcorn rather than popping it myself. It’s a small, kind of silly “hack,” but it makes the recipe take less time, and it tastes pretty darn good (if you like the flavour of white cheddar popcorn).

Is there any sense self-awareness?

Popcorn salad is another example of a recent piece of food content that made people very mad. But if you watch the original video, you see a cheerful, but self-aware Molly Yeh explain that she knows that the concept seems flawed, but promises you that “you taste it, and it’s really good.” (Molly was, as it turns out, correct about this.) Lax’s are completely devoid of hubris, or any real human emotion. With the glaring exception of whatever “recipe” is being featured, these clips are cold and sterile; would be mocking if they were just a little cleverer. Be aware of the tone, is what I’m saying.

Was it produced by Rick Lax?

As Eater points out in their absolutely engrossing and very well-reported piece, you can, “[s]earch the phrase ‘Rick Lax Productions,’” and, “be greeted with the source code to pure Facebook virality.” You can then search Rick’s videos with the subject matter of the video your questioning — which is how I found out that the Flaming Hot Cheeto sludge recipe was, somewhat unsurprisingly, one of his gross babies.

We must not let this magician continue to dominate the conversation with boring, ugly food videos for the sake of garnering rage views. It may seem impossible — Lax has pretty much dominated the Facebook Watch algorithm — but magicians are kind of like Tinkerbell. Quit clapping, and they disappear.