How to Kill Fruit Flies and Their Lookalikes

Warmer weather means prime fruit season is just around the corner, which unfortunately also means fruit flies won’t be far off either. But before you bust out the cider vinegar and dish soap — or the vermouth — make sure you’re actually dealing with fruit flies and not an impostor.

The four main types of flying pests you’re likely to encounter in your home are fruit flies, fungus gnats, phorid flies, and drain flies. Knowing for sure which fly or gnat species has taken up residence alongside you is super important, because it tells you what kind of garbage they’re eating and laying eggs in. Once you’ve located and eliminated their gross little buffet-slash-love shack, you can use baited traps to catch and kill the adults.

Although these insects look fairly similar flying through the air, their physical differences are obvious up close. Your first task is to catch a fly without completely smushing it so you can figure out what you’re dealing with. Here are the identifying features and preferred breeding grounds of each type. 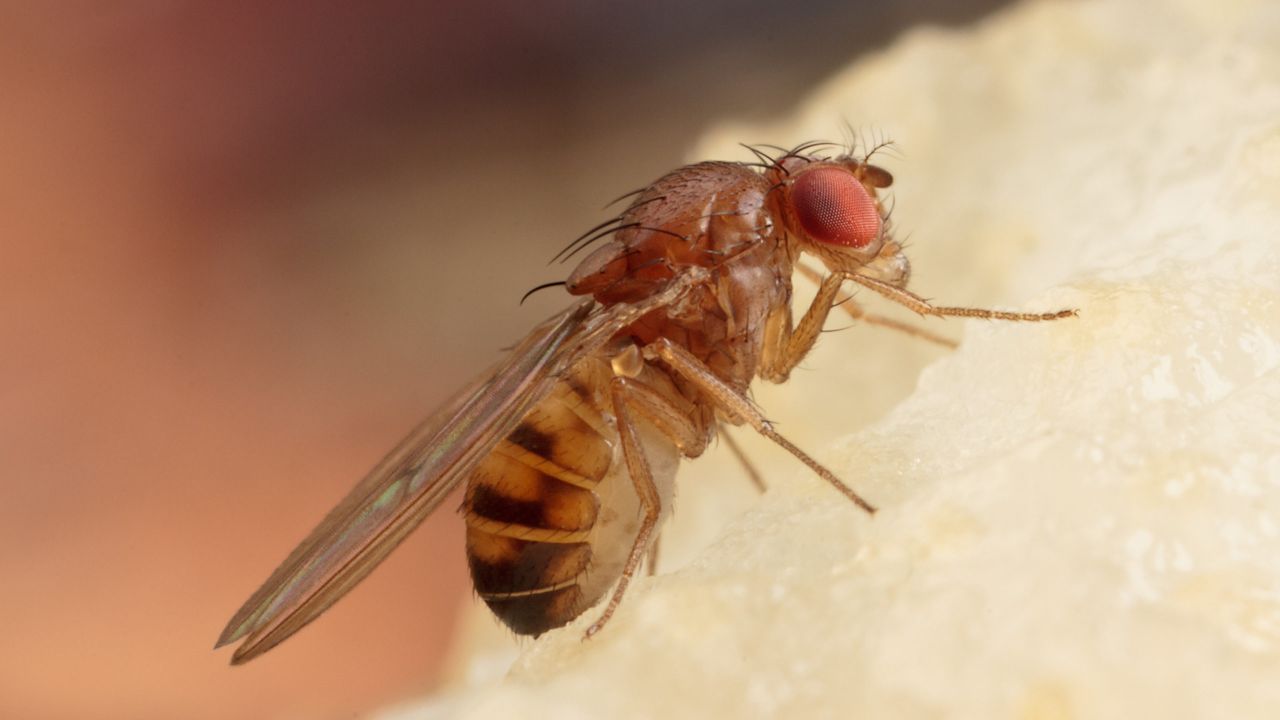 Obviously, fruit flies love fruit, so if your kitchen is suddenly overrun with them, there’s a good chance you have a decaying orange at the bottom of a fruit bowl or something. Find it, throw it away, clean the bowl, and you should be set. Almost all DIY fruit fly traps work great, so choose one you have the ingredients for and give it a whirl.

There are few ways to make a decent DIY fruit fly trap, but this one also adds a fresh lemon scent to your kitchen. All you need is a small plastic container and a lemon.

If your traps are lousy with dead flies but your infestation isn’t getting better, you either missed a piece of rotting fruit or you’re not dealing with fruit flies at all. 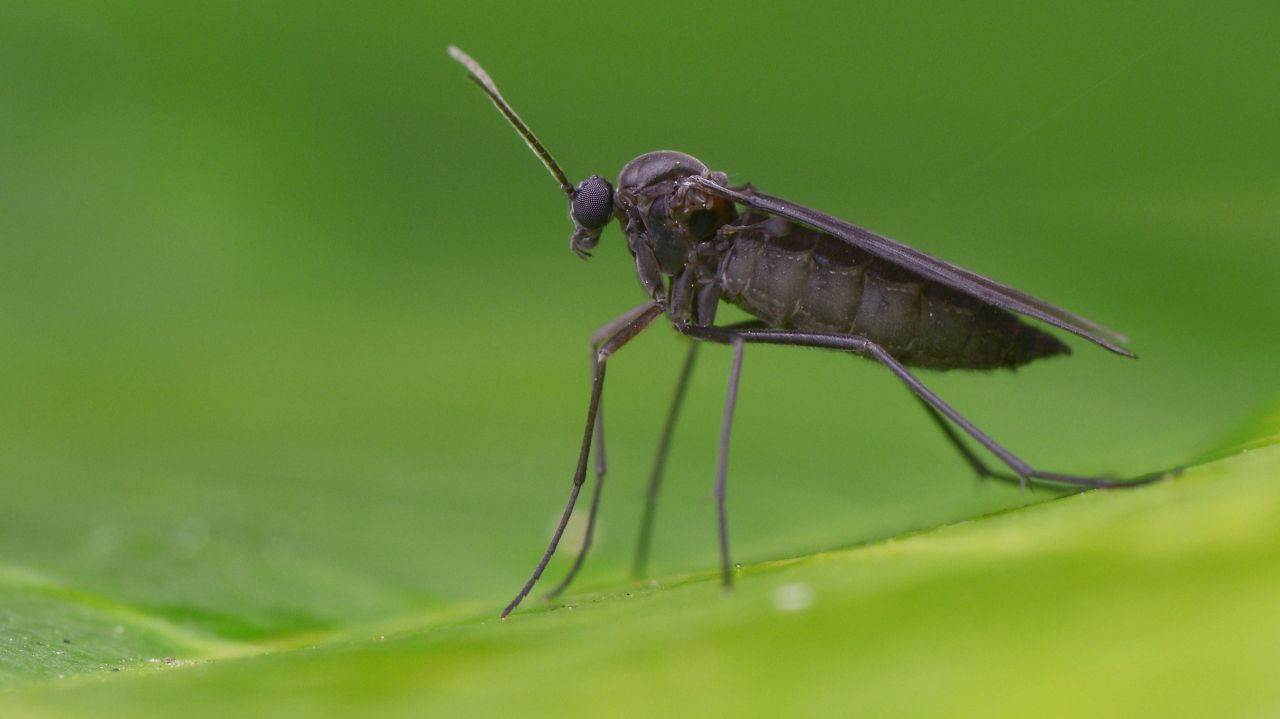 It’s very easy to mistake fungus gnats for fruit flies. Since they breed in moist soil, over-watered houseplants are the most common culprits. If you get in the habit of letting the top few inches of soil dry out completely between waterings, the problem will eventually take care of itself.

Did you know a cactus could droop? I didn’t until I killed one. Some plants are hardier than others, but if you’re anything like me, the only plant that survives under your thumb is an artificial one. Habitual plant killers, here’s where we go wrong.

This may not work fast enough for people with a lot of plants, though. To address the problem right away, try removing the top 2-3 inches of soil and replacing it with fresh, dry soil. If the problem persists, the Old Farmer’s Almanac recommends using mosquito dunks, which are beneficial bacteria solutions that kill larvae (and are totally harmless for humans and pets).

Correctly identifying fungus gnats is the hard part; killing the adults is no big deal. They’re not quite as into cider vinegar as fruit flies, so homemade or store-bought sticky traps may prove more effective. 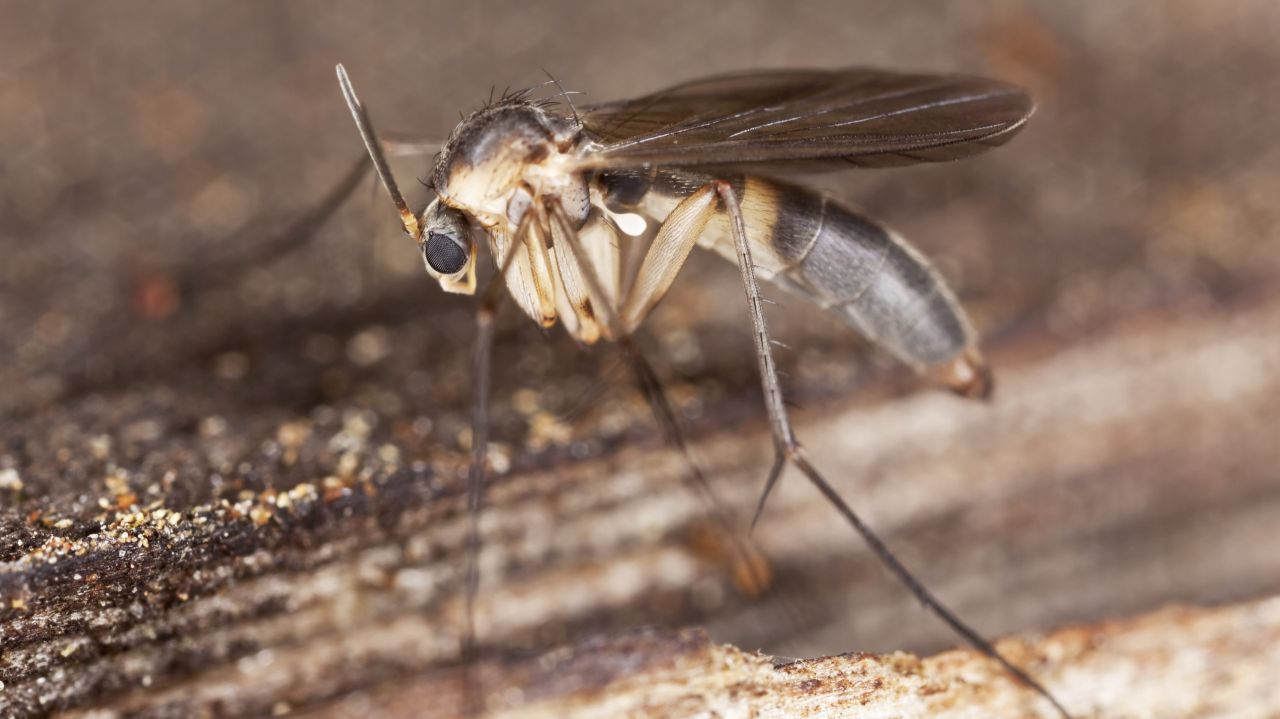 Wow, these things are gross. Phorid flies are also called humpbacked flies (due to their distinctive “humped” thorax shape), scuttle flies (because they tend to scuttle across surfaces instead of flying around), or sewer flies (for reasons that will come as no surprise). According to the Penn State University Extension, these flies love rotting potatoes and onions, but also sewage, commonly laying their eggs in the film that lines pipes. Their larvae are very hard to kill, so if a bunch of these guys suddenly start crawling around on your sink or kitchen counter and you don’t have a bag of rotten tubers hanging around, call a pest control professional immediately. (While you’re at it, call a plumber, too; phorid flies can indicate sewer pipe damage in or near your house.) 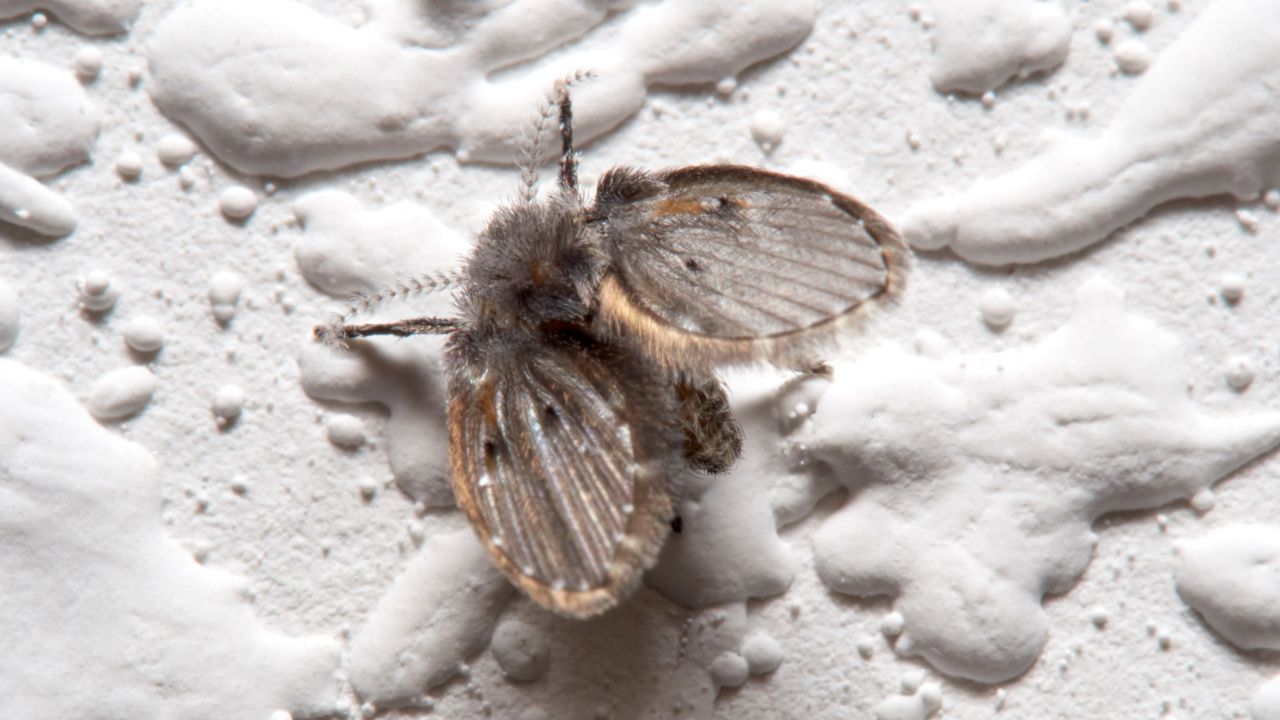 I don’t think anyone has ever mistaken a drain fly for a fruit fly, but you should still know how to deal with them. Like phorid flies, drain flies lay their eggs in pipes; unlike phorid flies, you can safely deal with an infestation yourself. Bob Vila has an in-depth tutorial on identifying and removing a drain fly infestation on his website. The basic steps are taping off drains at night to see which ones trap flies, then snaking the affected pipes, clearing the U-traps, and finishing off with an enzyme cleaner to eliminate any larvae.

How to Get Rid of Drain Flies

Drain flies, also known as moth flies, are small gnat-like bugs that are commonly seen flying around a bathroom sink given that they live in damp, dark spaces where their larva can feed. They hatch in water, much like mosquitos, and live for about two weeks. You might also see...

The good news is that, with the potential exception of phorid flies, none of these pests are dangerous to humans. (Phorid flies don’t bite, but their fondness for raw sewage means they can theoretically spread disease-causing bacteria onto food or surfaces — it’s rare, but not impossible.) Once the initial waves of disgust and revulsion pass, take a few minutes to figure out what you’re dealing with and get to work.