According to Xbox’s Engineering Lead Eden Marie, selecting “Suspend my game” pauses the bandwidth that your games are using and instead lets your downloads run full speed.

Hey Xbox Insiders! Did you notice these changes rolling out now? Suspend in the queue will let you download at full speed while making sure your game remains resumable (or quick resume-able on Series X|S). New banners in the Full Library will take you to more useful categories! pic.twitter.com/L49winRpM0

You can resume your gameplay at any time if you decide you’d rather keep playing and let your downloads mill away in the background. Xbox Series X/S users can even use the console’s Quick Resume to pick up at the exact moment where gameplay paused.

How to suspend games on Xbox to increase download speeds

Here’s how to use the new download-boosting “Suspend my game” feature once it’s available on your Xbox console: 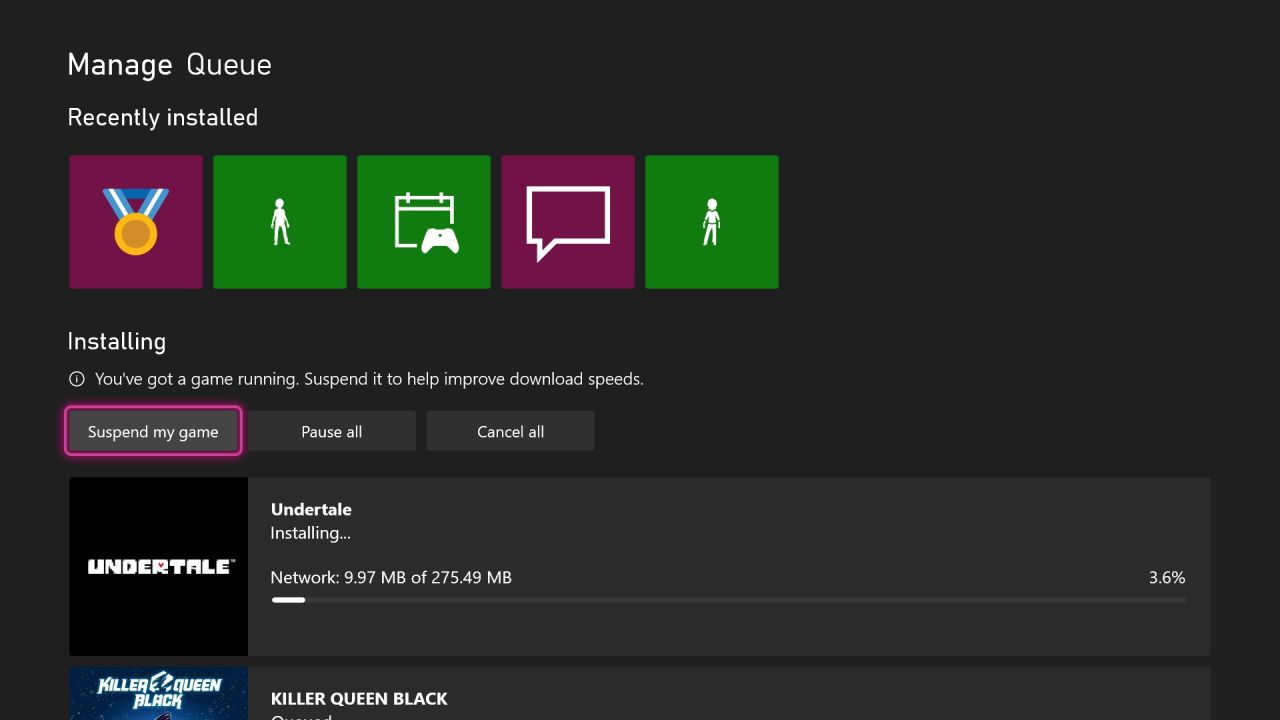 How to Update Your PlayStation 5 or Xbox Series S/X

One of the best things you can do for your brand-new gaming console — assuming you were lucky enough to get your hands on one of these hard-to-get devices — is keep it up-to-date as much as possible. This process isn’t hard to accomplish at all on your PlayStation 5...

Xbox Insiders might get to try cool stuff like “Suspend my game” early, but Microsoft constantly adds new features to their consoles for all users. The most recent monthly update adds a new FPS boost mode that increases frame rates for backward-compatible games on Xbox Series X/S, fixes some long-running controller disconnection bugs, and more. Make sure your system updates regularly.