I barely made it past Cyberpunk 2077’s character-creation prompts last night — the joys of having a busy evening on the release date of a major open-world title. The game looks pretty AF so far, and I’m pleased I haven’t encountered any glitches in my few minutes within Night City thus far. However, I’m most excited to check out my character’s new Witcher gear.

You read that right: If you’re a fan of the fantasy books-turned-video games-turned Netflix series, you can get a Witcher-themed jacket and t-shirt for your character, as well as a “Shupe the Troll” stuffed animal for your in-game apartment, and a badass sword for shanking mean people. Cyberpunk 2077 developer CD Projekt Red also developed The Witcher game franchise, after all; a little cross-promotion is only natural. It’s likely only to go one way though — I doubt you’ll be able to fire railguns at Striga any time soon. (If only.)

To get your gear — free gear, mind you — all you have to do is set up a free account at GOG.com, CD Projekt’s digital-distribution platform and home to tons of classic games that have been retrofitted to run on modern gaming hardware. It’s the only way I play old-school Diablo (and the Hellfire expansion) on my souped-up gaming desktop, and I’ve been playing The Witcher’s classic GWENT card game there for ages.

Once you’ve set up your GOG.com account, you’ll link it to your copy of Cyberpunk 2077. There’s no deadline for doing so, and the only caveat is that you can only link one copy of Cyberpunk 2077 to GOG per platform. I’m not sure why you would want or need to link two versions of the game on PC, for example, but those are the rules.

On Xbox and PlayStation, simply visit the My Rewards menu on Cyberpunk 2077‘s main menu to get started with the linking process. PC players will find a similar option in the game’s launcher. (I’ve already claimed mine, but you should see a big banner and/or notification to get yours.) Don’t forget to grab your other digital goodies once you’ve registered your game. Pull up your GOG account, and you should see said “digital goodies” appear on your list of purchases, which include Cyberpunk 2077’s wallpapers, Sourcebook, and soundtrack. As I mentioned GWENT earlier, I’ll mention registering Cyberpunk 2077 to your GOG account will also earn you a special samurai cardback and coin within the card game, as well as the “Breathtaking” title. 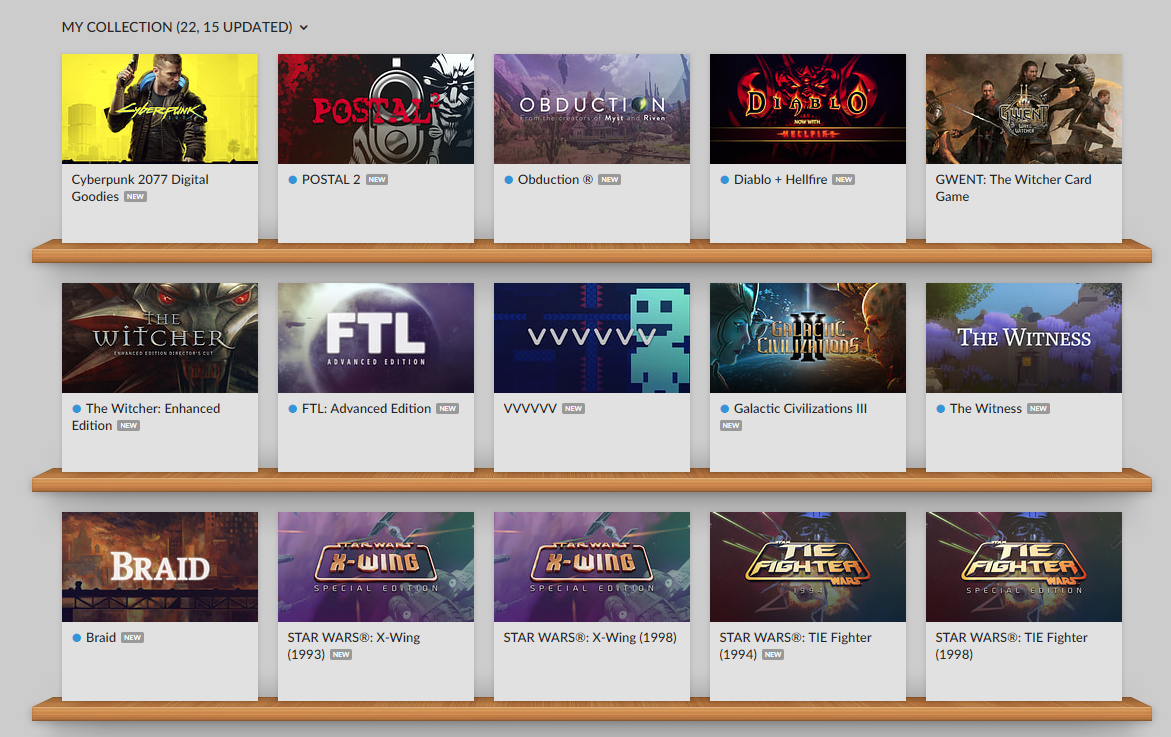