I will never quit you, dark mode. The more I can make every app I use remind me of my teenage goth years, the better. And today, we’re going to show you how to enable dark mode in one of the biggies: Windows 10 itself.

That sounds ominous, but the process is actually pretty smooth. First off, you’ll need to at least have installed the Windows 10 Anniversary Update update (launched in August 2016) in order to be able to access your operating system’s darker theme. That shouldn’t be a problem for anyone who has connected their desktop or laptop PC to the internet at any time over the past many years, but I wanted to throw that out there in case you’d like a darker look on some forgotten system that happens to be using a much older version of the OS. (Update your operating system, already.)

When you’re ready to make the switch to the dark side, pull up Windows 10’s Settings and click on Personalisation. From there, click on Colours on the left-hand sidebar. Look for the “Choose your colour” drop-down menu on the right side of the window, and switch from Light to Dark. 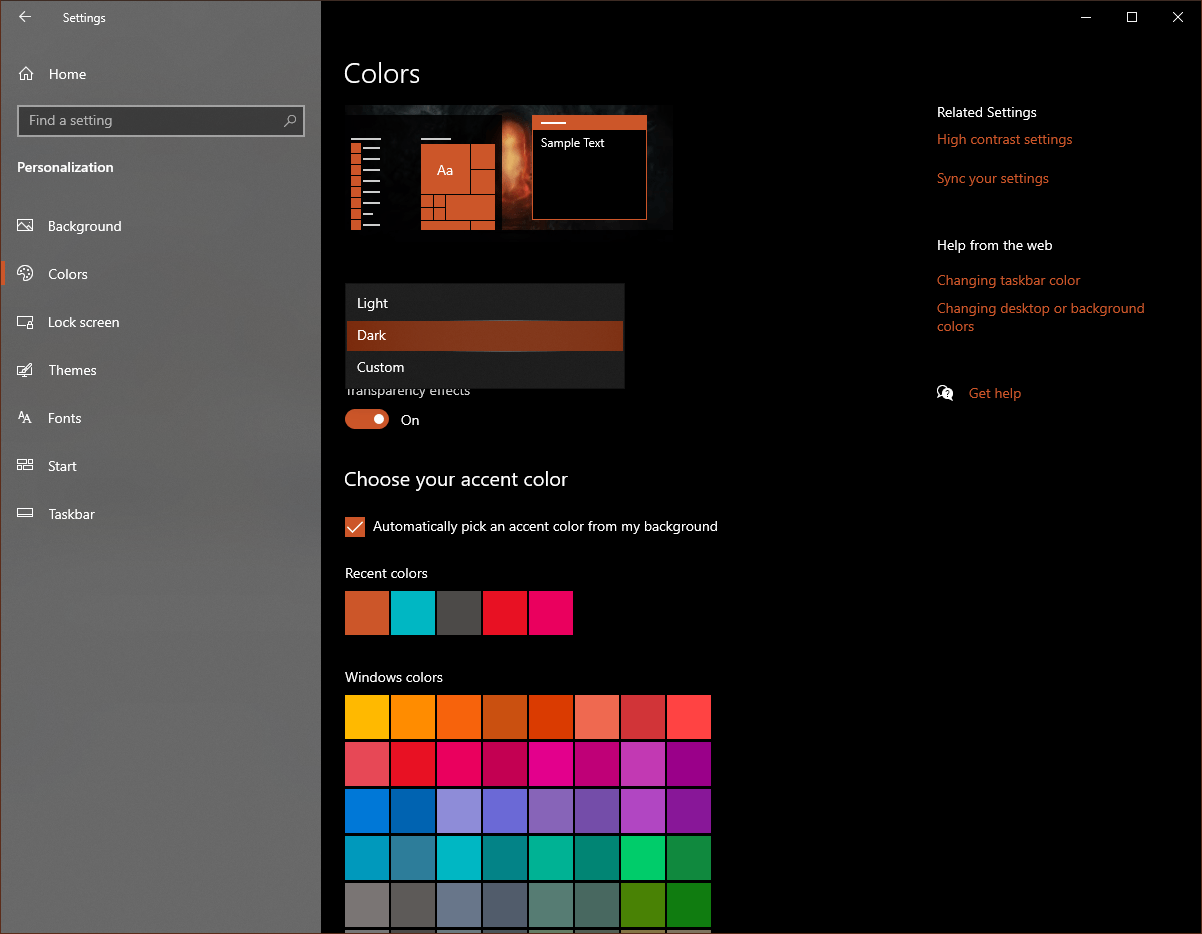 Easy, right? Not so fast. I recommend you click on Custom, instead, which opens up even more options for the look of your apps and operating system: In other words, you can now run a hybrid of the two modes — a dark look for your operating system’s essentials (like your taskbar and Start Menu) and a light look for all of your apps (your web browser, File Explorer, et cetera.)

If you want to customise the look of an individual app, you won’t be able to do that through any Windows 10 settings. Instead, check the app’s settings to see if there’s any way to switch it between a light or dark theme — which you’ll probably need to force, too, if your app prioritises a “system default” option. This changes the app’s look based on what you’ve set in Windows 10’s settings. That’s useful for uniformity, but you’ll need to turn it off it, for whatever reason, you want to use a light-themed web browser on a dark OS.

For example, here’s what that setting looks like in Edge Chromium: 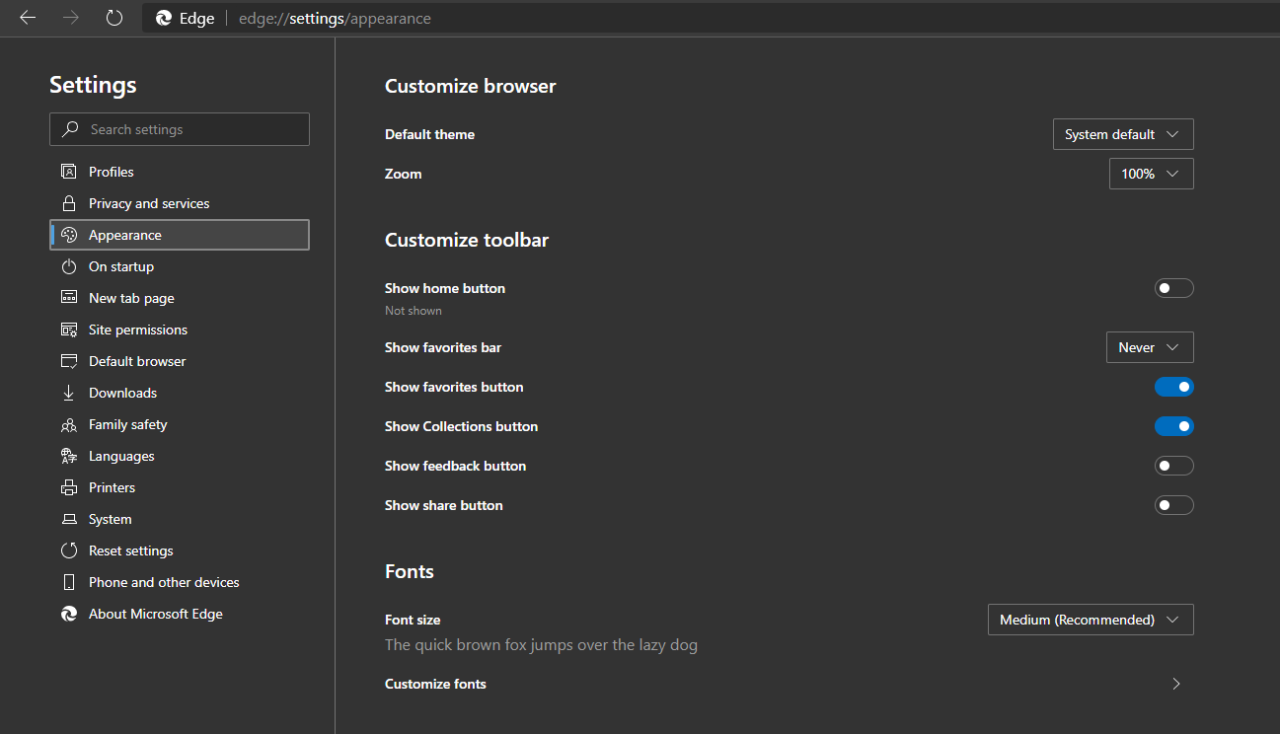 If you want to get wild, you can also explore third-party apps that automatically shift your system between light and dark mode depending on the time of day — similar to what you’d find in the latest versions of macOS. I haven’t used these myself, because I never plan to venture back into the light, but the option is there if you’re so inclined. You can also build a hack for this yourself, if you don’t mind spending some time with Windows 10’s Task Scheduler.