I don’t generally recommend putting off system updates for too long, but there are good reasons why you might want to be wary of major feature updates for Windows 10. Microsoft’s track record at delivering flawless updates that won’t bork your system is spotty (to put it nicely), and it’s worth giving major Windows updates a little time to simmer ” just in case Microsoft needs to fix a critical issue or two.

Most people on Windows 10 Home can mash the “Pause updates for 7 days” button in Windows Update five times in total ” giving you 35 days of freedom before your operating system forces an install of a major update. If you want to cut right to the finish, clicking on “Advanced options” should allow you to manually select a date up to 35 days out. (Or less ” I’m a Windows Insider, and we’re limited to just seven days.) 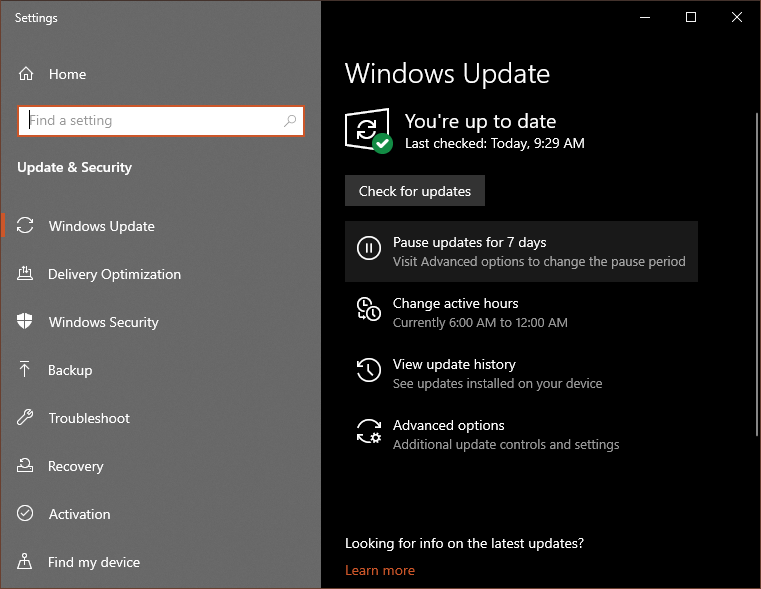 If you need more time than that ” because you’re sceptical, you have some hardware that will have a major issue with a Windows update or you’re annoyed that Microsoft has cut your 365 days’-worth of delays down to 35 days ” you’ll have to turn to a third-party app for help. I recommend Spydish (VirusTotal report), which is a useful little app in its own right if you are looking to fine-tune Windows 10’s many policies and configure your privacy settings without navigating through a hundred different menus.

Once you launch the app, you’ll first want to click the big “Analyse” button to see how Windows 10’s various policies are configured on your system. 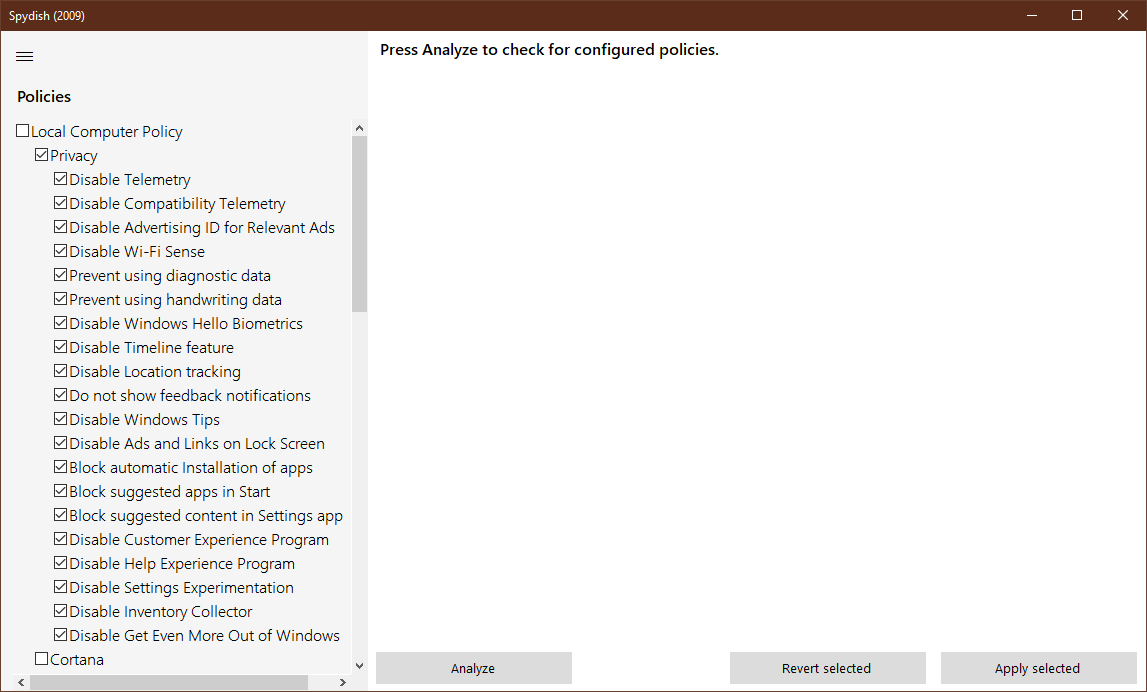 Scroll down the left sidebar until you see the Updates heading, and select the option to “Block major Windows updates.” I suspect this only works with Windows 10 Pro and Enterprise editions, given the tooltip you get when you hover over the item and the fact that it’s basically automating this registry hack. 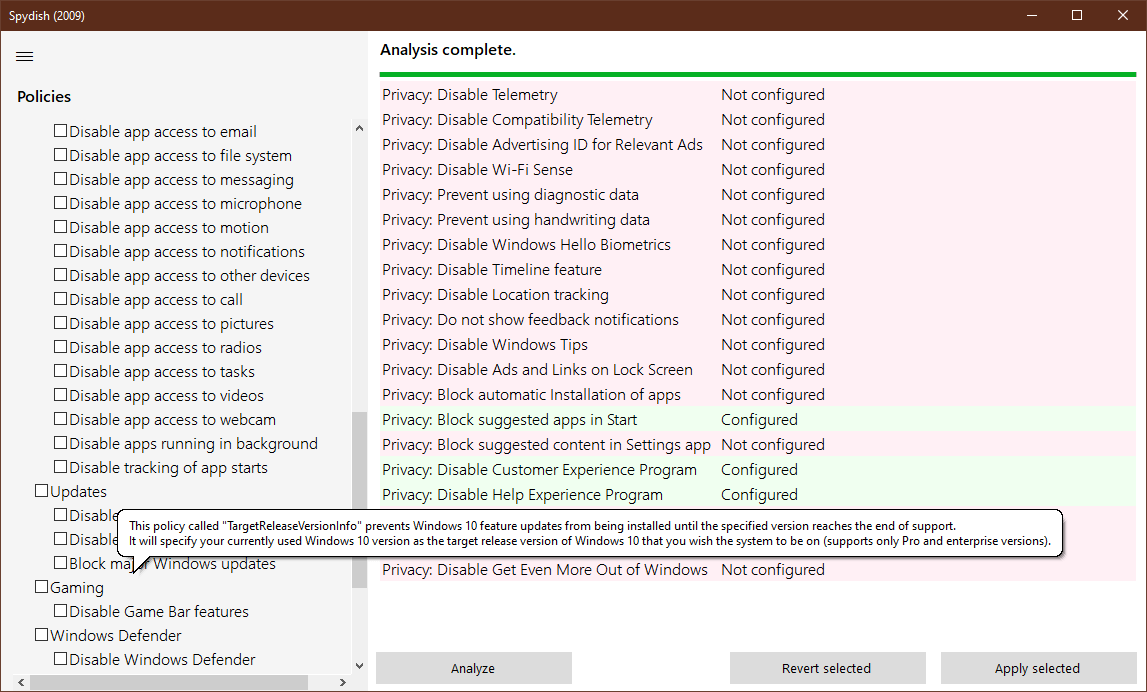 If you’re a Windows 10 Home user and you’re finding this isn’t cutting it, there are other tools you can try. I just tested Wu10Man on Windows 10 Home, and enabling all of its settings (including blocking Microsoft Update domains via the hosts file, which triggered a Microsoft Defender warning) did the trick: I was unable to download and install any Windows updates 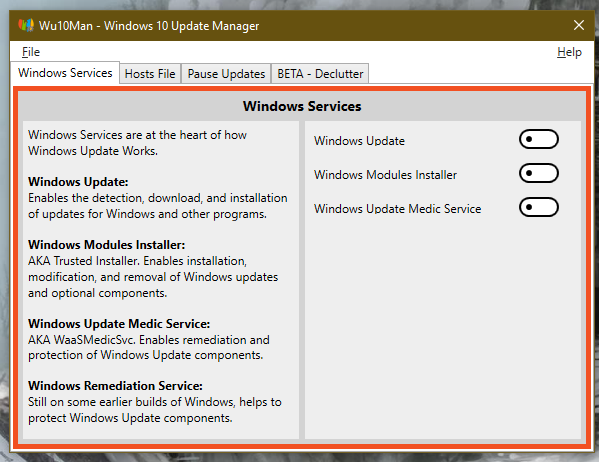 And if even that doesn’t work out for you, there are plenty of other apps you can try. I haven’t tested them all myself, so I offer this advice instead: Opt for ones that work more like portable apps than something you have to install. First of all, you’ll be giving yourself a little extra protection against potential issues. Second, make sure you back up your system ” even create a System Restore point, if you like ” in case any tweaking these apps do royally screws up your system.

Third, and most importantly, don’t forget to turn these apps off or revert whatever changes they made once you feel it’s safe to install that Windows 10 update. The point is not to prevent updates from installing forever ” again, unless you have some specialised hardware that absolutely will not work with if you perform the update. For your present-day stability, you’re only delaying these updates; for your long-term safety and security, you should install them once you have a reasonable assuranceÂ they won’t hose your system.