Why Is The First Pancake So Ugly?

I make a lot of pancakes, but I have never been particularly skilled at making pretty pancakes, with even, golden-brown tops. The first pancake especially has always been aesthetically crap, with a mottled, splotchy appearance. But why?

In a heart-breaking twist, it turns out the culprit is butter. (It’s always the ones you love who hurt you the most.)

Now, it should be noted that ugly pancakes still taste quite good, but if you want that uniform, golden-brown, diner style appearance, you need to swap the butter for oil, and use way less than you think you need. 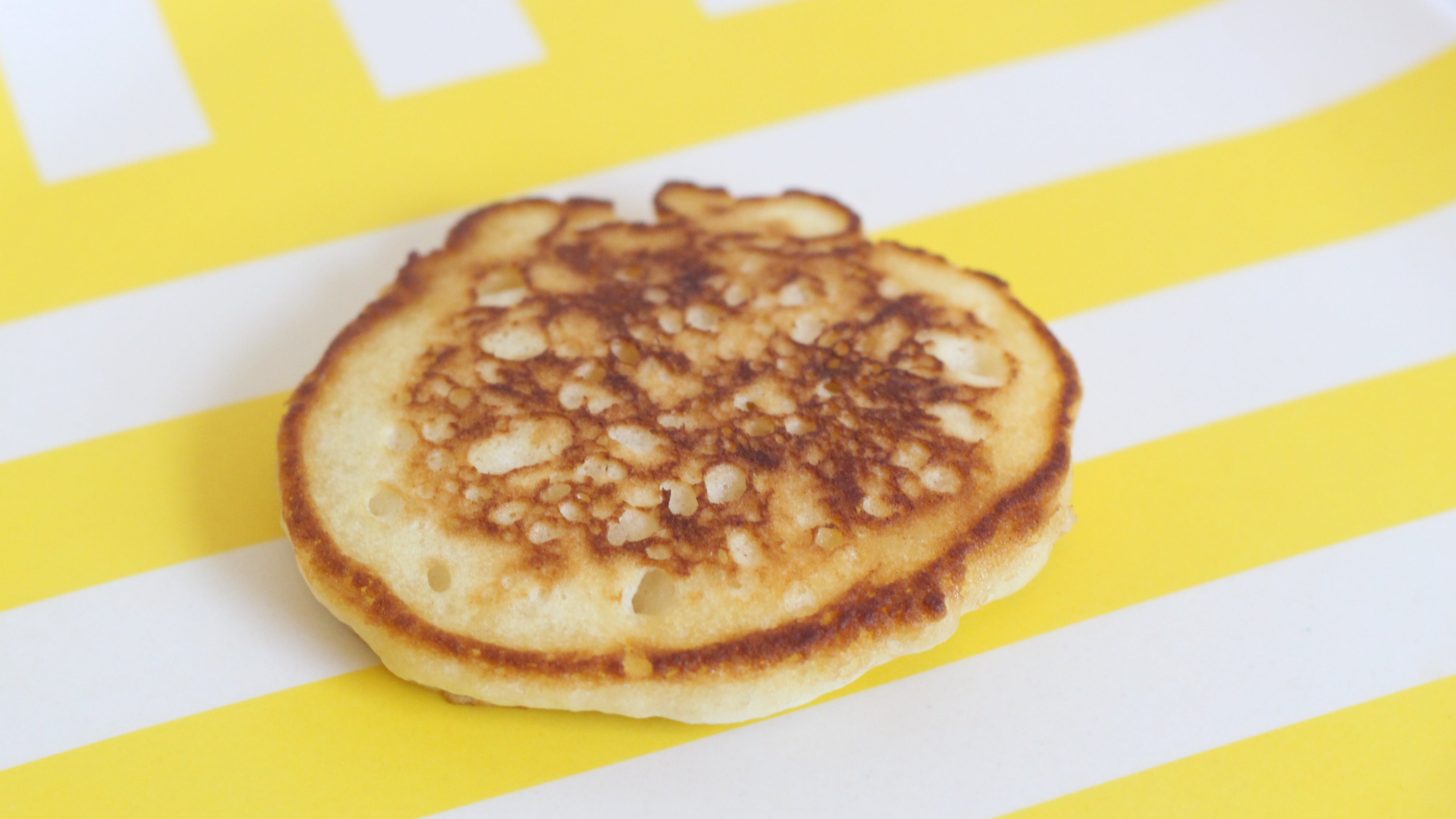 This pancake was cooked in a lot of butter. (Photo: Claire Lower)

The clues have been there all along. Pancake batters already have a good bit of fat in them (often in the form of melted butter), so as long as you’re cooking them on a nonstick griddle or pan, you don’t need to add a lot. The people who write pancake recipes are aware of this, which is why almost all pancake-making instructions tell you to lightly grease the griddle or pan. I always interpreted this as “use butter, but not as much butter as you would usually use,” which, as it turns out, is still a lot of butter.

But butter has a lot going on, and all that protein, water, and sugar reacts with the heat from the griddle, bubbling and browning, and marring your pancake’s surface. You also get textural differences, with heavily browned spots and crispy edges. (Again, this can be fun to eat, but a pretty pancake it does not make.) Butter will also continue to brown as you cook pancakes, which means your pancakes will get increasingly darker, and potentially burnt, especially if your pan is small, forcing you to work in batches.

Decreasing the amount of butter you use can help, as a thin layer of butter is going to cook and brown more uniformly than a small puddle. When I melted a little butter in my nonstick skillet, then wiped most of it out with a paper towel, I got a much more even-looking pancake. (This explains why my first pancakes have always been the ugliest”the first one soaks up all the excess butter!) 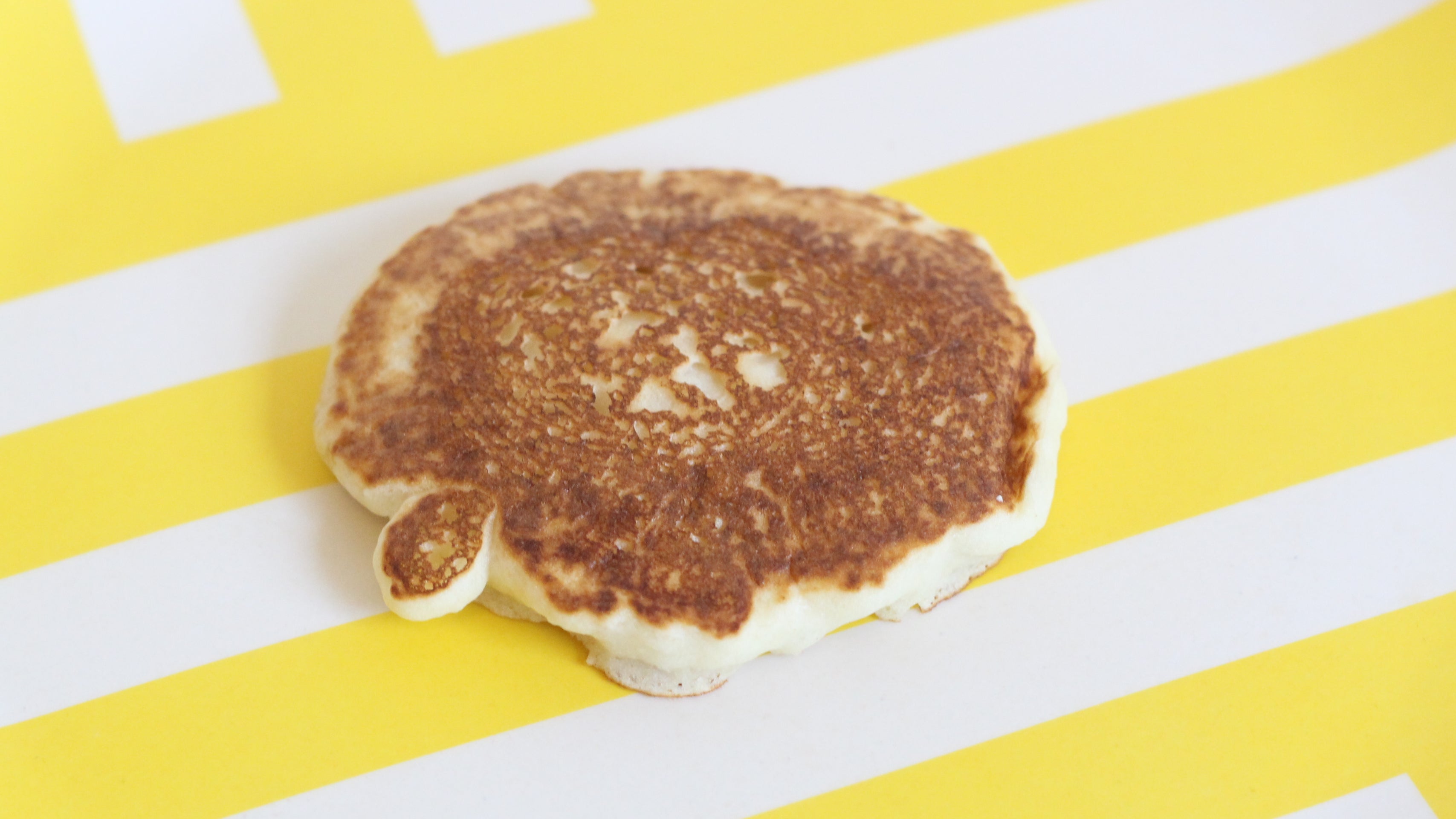 But if you want a truly smooth and uniform pancake that’s golden brown from edge to edge, swap out the butter for regular vegetable oil. It’s all fat, which means it’s lacking in all that water, sugar, and protein, and it has a much lower smoke point, making it easier to cook your flapjacks to the point of golden brown, rather than just brown brown. Just pour a teaspoon or so onto a nonstick skillet or griddle, wipe the excess off with a paper towel, and pour on the batter. 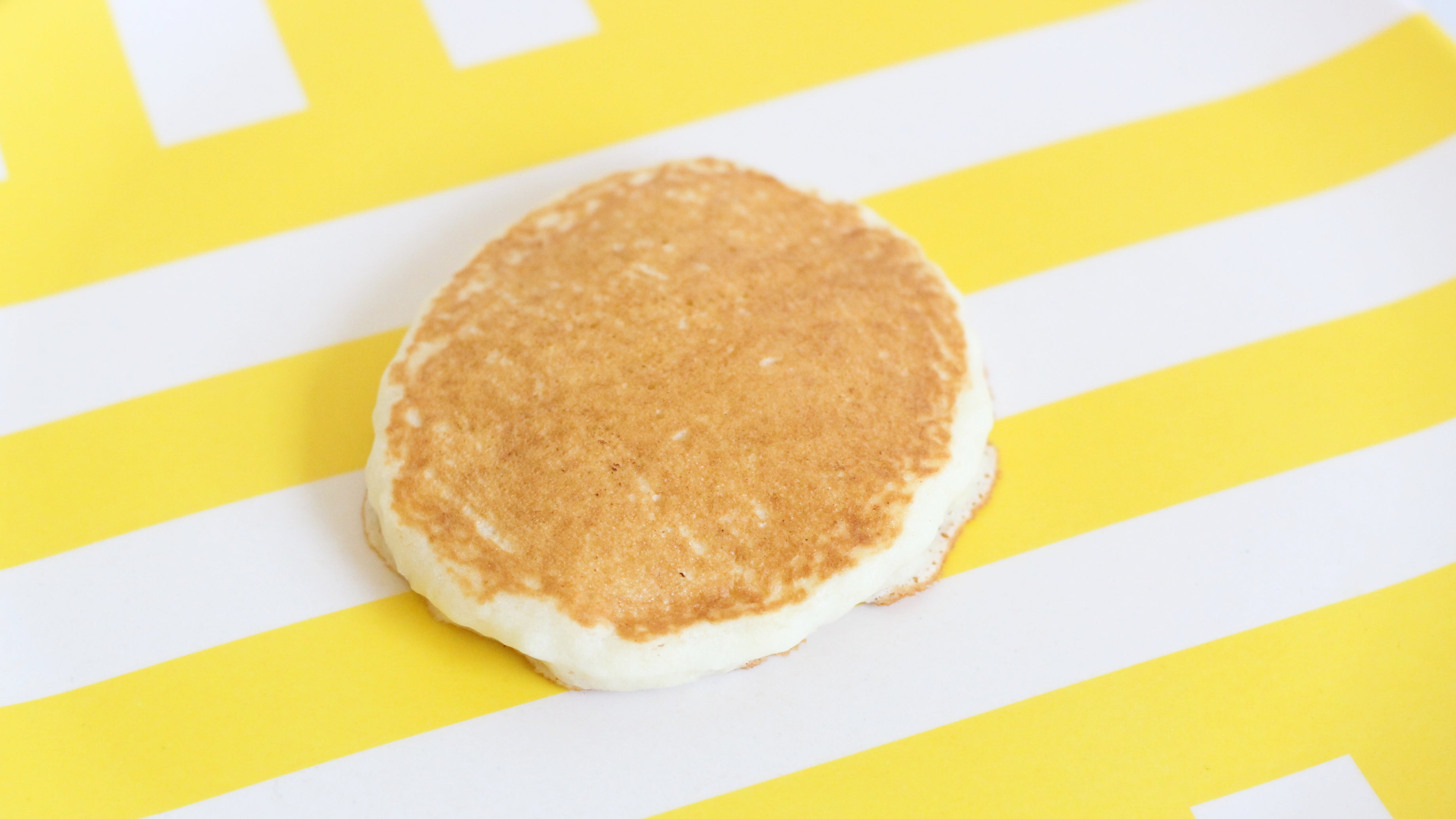 This pancake was cooked in a sheen of vegetable oil (Photo: Claire Lower)

After about a minute, you should see bubbles form across the top of the raw batter, indicating it’s time to flip, and get the other side for another minute or so. Once you have a pile of pretty, fluffy, evenly browned pancakes, it’s time to bring on the butter, syrup, or crÃ¨me fraiche and caviar if you’re fancy. (I think you’re pretty fancy.)