We’ve become very used to leakproof batteries. If you’re under 40 you may not even know that batteries can leak. When they do the leaking acid can do irreparable damage to whatever the battery is in.

This used to be common before leakproof batteries, but over the last decade or so leaking batteries have returned. They usually come from China and frequently wear brands you’ve never heard of. Mostly they’re sold in markets and super cheap discount shops, or online. You’ll also often find them in battery-powered devices that highlight ‘batteries included’ on the box. These batteries may also have very short lives.

Recently I received an expensive pair of Bluetooth speakers for test with ‘King Kong’ brand batteries included for the remote. I got ‘Daily Max’ brand in another, and the battery with a pair of $700 noise cancelling headphones stopped powering them after five hours. With a good battery these headphones cancel noise for up to 50 hours. One expects better when paying $700. 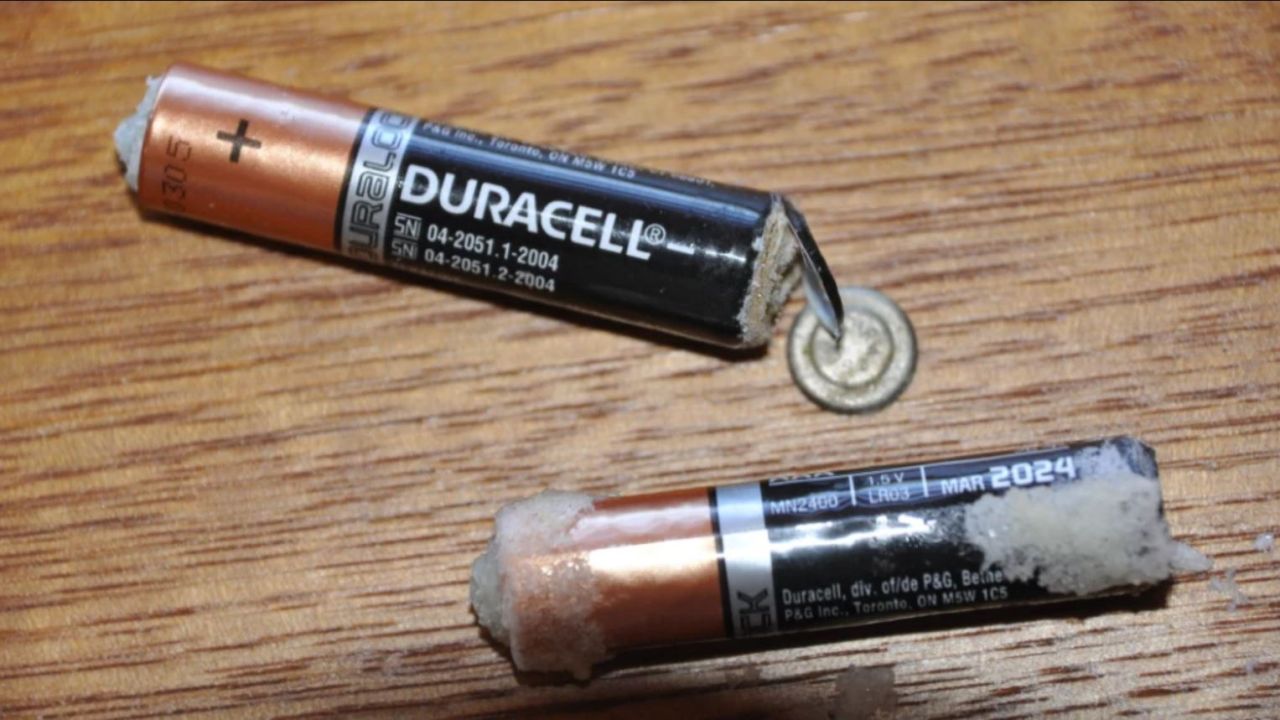 Not what you want to see when you open up your remote. (Image: Rod Easdown)

I use lots of batteries so I buy the bulk packs either at office-supply or hardware stores, or supermarkets. I’ve always been happy with Duracells, so I pay the not insubstantial premium. Hence a few years ago when I found one had leaked into an audio remote control I raised the matter with the company through its website.

I was told the battery was not defective, it had just passed its ‘freshness’ date. That was March 2016 and this was 2017. How Duracell, of all brands, could say a leaking battery is not defective is beyond me.

The extent of the company’s concern ran to offering me a $10 voucher and an ‘enclosed’ pamphlet on battery care of which there was no trace. I was annoyed but, okay, the batteries were a year beyond their best before date.

More recently a little-used remote stopped working and when I opened the battery compartment I discovered what you see in the picture. The best before date was March 2024. So I lodged another complaint with Duracell by filling out the online form and then discovered there was no ‘submit’ button.

I rang customer service (Just try finding that number. Oh okay, I’ll save you the trouble: 1800-239901) and was advised to submit it by email.

The reply said Duracell appreciated my message and was concerned, but seemed to figure it was all my fault anyway “as you will see from the enclosed pamphlet” which was not enclosed or even attached. Apparently I should remove batteries from any device not being used for a few months, and I should remove worn-out batteries to “prevent possible over-discharge and damage from battery leakage”. No $10 voucher this time.

Once again it appears to me that Duracell gives not a toss that its batteries are leaking to the point of falling apart. Incidentally, Duracell says the best before date indicates only how long the batteries remain useful if “stored under normal conditions.”

That’s in the original packaging in a dry place at room temperature. I guess even when you pay for premium batteries these days you need to keep an eye on them; lumps and bumps are the initial danger sign.

Now I’m buying Energizers and… so far so good.